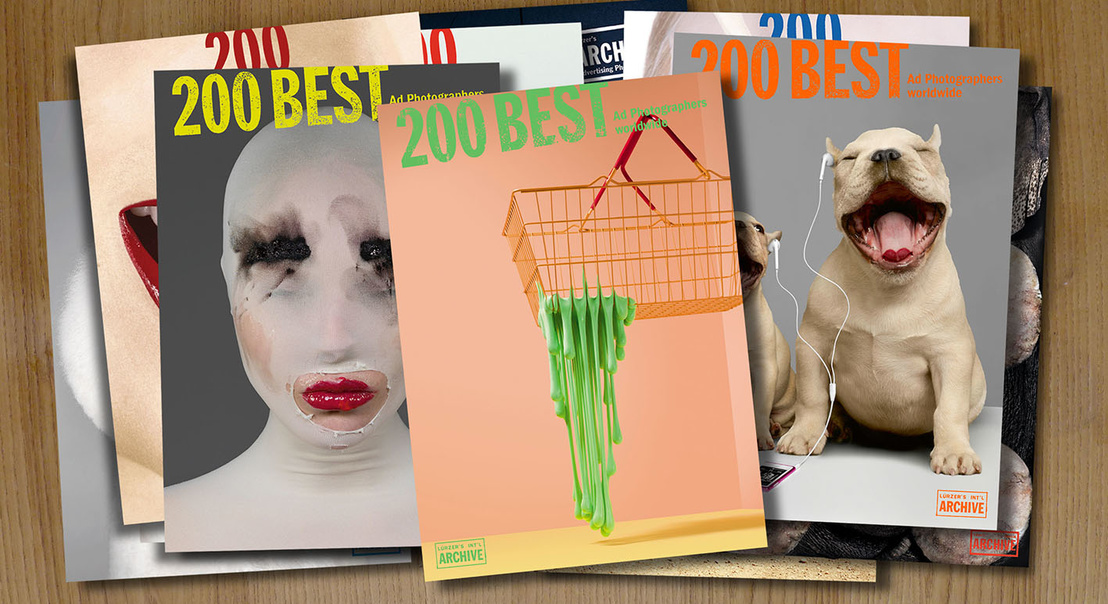 The jury of our next 200 Best Ad Photographers Special is still at work but I wanted to give you an idea of just who the folks are that decide on what to feature in the book and what not. This time around, we started out with some 8,000 submissions. We, that is the preselection jury consisting of Paris-based Anne-Rose Schlutbohm, former publisher of French trade journal „Profession Photographe“ (championing among others the careers of such notable photographers as Ellen Von Unwerth)  who, along with Archive's very own art director Christine Thierry has once again assisted us in weeding down the more than 8,000 entries to a more jury-palatable 1,200.

Next week, in this space you will find just a few of the brilliant photos we came across during pre-selection: These 1,200 mages then went on to the main jury consisting  of the following:

Anne Telford
freelance writer, editor, and photographer Anne Telford. The former managing editor – and current editor at large – of Communication Arts also edits the quarterly newsletter Illustration Voice. Furthermore, her photographs have been published in prestigious titles such as Émigré and Communication Arts. Anne has been assisting us in the selection of the very best in photography, illustration, and digital imaging for quite some years now.

Abolaji Alausa
The next juror, or rather his agency' work, is a frequent presence in the pages of Lürzer's Archive: Abolaji Alausa, Executive Creative Director. Noah's Ark Lagos, Nigeria. He has been on the jury of New York Advertising Festival, Adweek's Impact Award, Loeries and Ad Stars, and recently Cannes Lions 2020/2021. In 2018, Adweek listed him on their annual Creative 100, a list of the most influential creative people in the world. Bolaji is an alumnus of the Berlin School of Creative Leadership where he received an EMBA in Creative Leadership in 2017.

Nicholas Capanear
Executive Craft Director @ Intouch Group and Lürzer's Archive #2 ranked CD internationally (2021). He oversees "crafting" of the agency creative product. In his day job, he gets up to fatherhood, film gazing and general tomfoolery.
As for the new blood in the jury, we welcome
Hayley Peterson
Founder & Agent at Boutique Artists, London, UK. With an MA in Photojournalism, her passion for the arts inspired her to set up the agency and work alongside award winning photographers, motion makers, illustrators and CGI artists.
Andrea Hutchins
Also from the rep side, albeit from Ontario, Canada, there is the founder and executive producer of AH HA represents.
Heather Elder
of San Francisdo represents photographers and directors, produces and records a podcast, writes an industry blog and hosts a website for freelance art producers. Mostly though she is always thinking about what comes next
Olaf Deneberger
One of two German jurors, Olaf Deneberger is founder and owner of the design office LIQUID Kommunikationsdesign and the photo collective "Delusions of Grandeur" in Frankfurt. As a designer, he is responsible in particular for consulting and the creation of innovative communication measures for national and international clients.
Kai-Uwe Gundlach
The other German juror is a multiple award-winning photographer based in Hamburg and perhaps best-known internationallly for his work for the long-running "Smart Heads" campaign for the Frankfurter Allgemeine Zeitung, He's also an ADC  Germany jury member.
Maxime Sauté
Then there is Maxime Sauté, a native Belgian, who has been in Canada for over 12 years and worked as a creative at Cossette and Sid Lee.
At Rethink since, Maxime is trying to create the best work of his life and help creative teams reach new levels.
Some of his work has been awarded by The One Show, The Clios, The Advertising & Design Club of Canada, the Communications Arts and the Cannes Lions, among others.
In 2020 and 2021, he was ranked #3 on Strategy's Creative Report Card among Canadian Art Directors.
Adam Hessel
Finally, we were lucky to win Adam Hessel as another juror. He's Chief Creative Officer at Harrison and Star, New York and his work has been frequently featured in Lürzer's Archive magazine.
Quote: "I can’t count the number of times I’ve said 'Dang, I would trade two of my greatest, for (insert ad here).' The only ones that push us are each other. Play it fuckin' loud!"

This volume of 200 Best Ad Photographers worldwide will be published toward the end of November. Watch this space for exact dates.