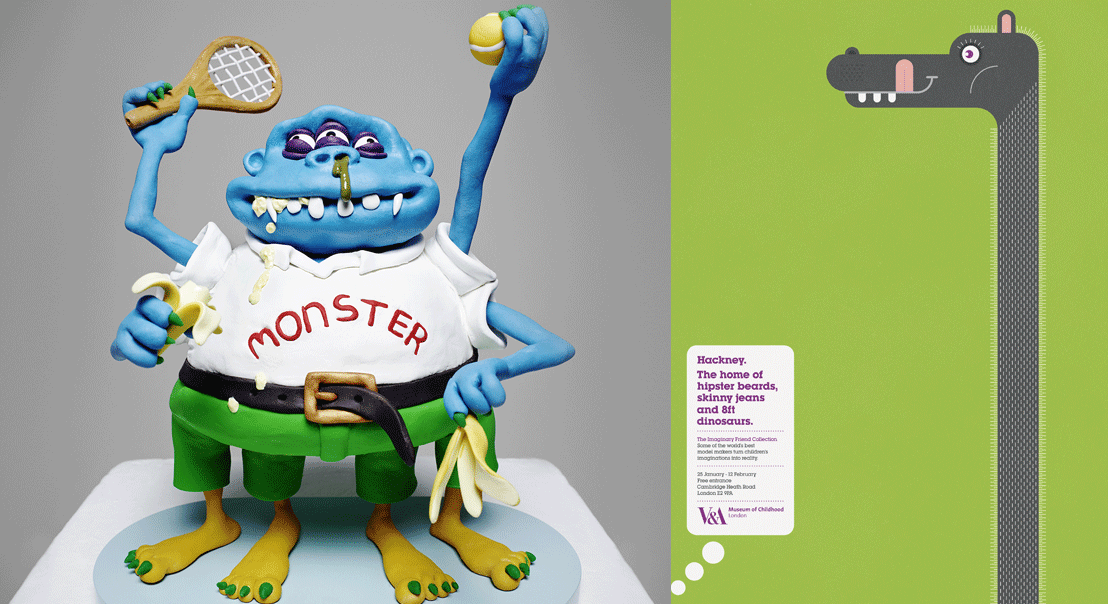 A bespectacled, lizard-tailed fox and a three-eyed girl with a pet cloud are, amongst other phantastical creatures, the subjects of a current exhibition at the V&A Museum of Childhood in London – and also those of a corresponding campaign by AMV BBDO.

For the show, which is titled ‘The Imaginary Friends Collection’, childrens’ drawings of their invented companions were transformed into physical characters. The weird and intriguing recreations are the result of a unique collaboration between young children and some of the world’s top creative talent.

The project began back in September when more than 60 children attended a workshop, where they were asked to describe their imaginary friends with as much detail as possible. Subsequently, the most interesting characters were brought to life by Tsuneo Goda, the creator of the Japanese pop icon Domo Kun, Aardman, famous for their creation of Wallace & Gromit, and Becky & Joe, the two creators of the viral hit ‘Don’t Hug me I Am Scared’. Animation studio Picasso Pictures, designers Dwarf and Psyop and production company BlinkInk also contributed to the show. 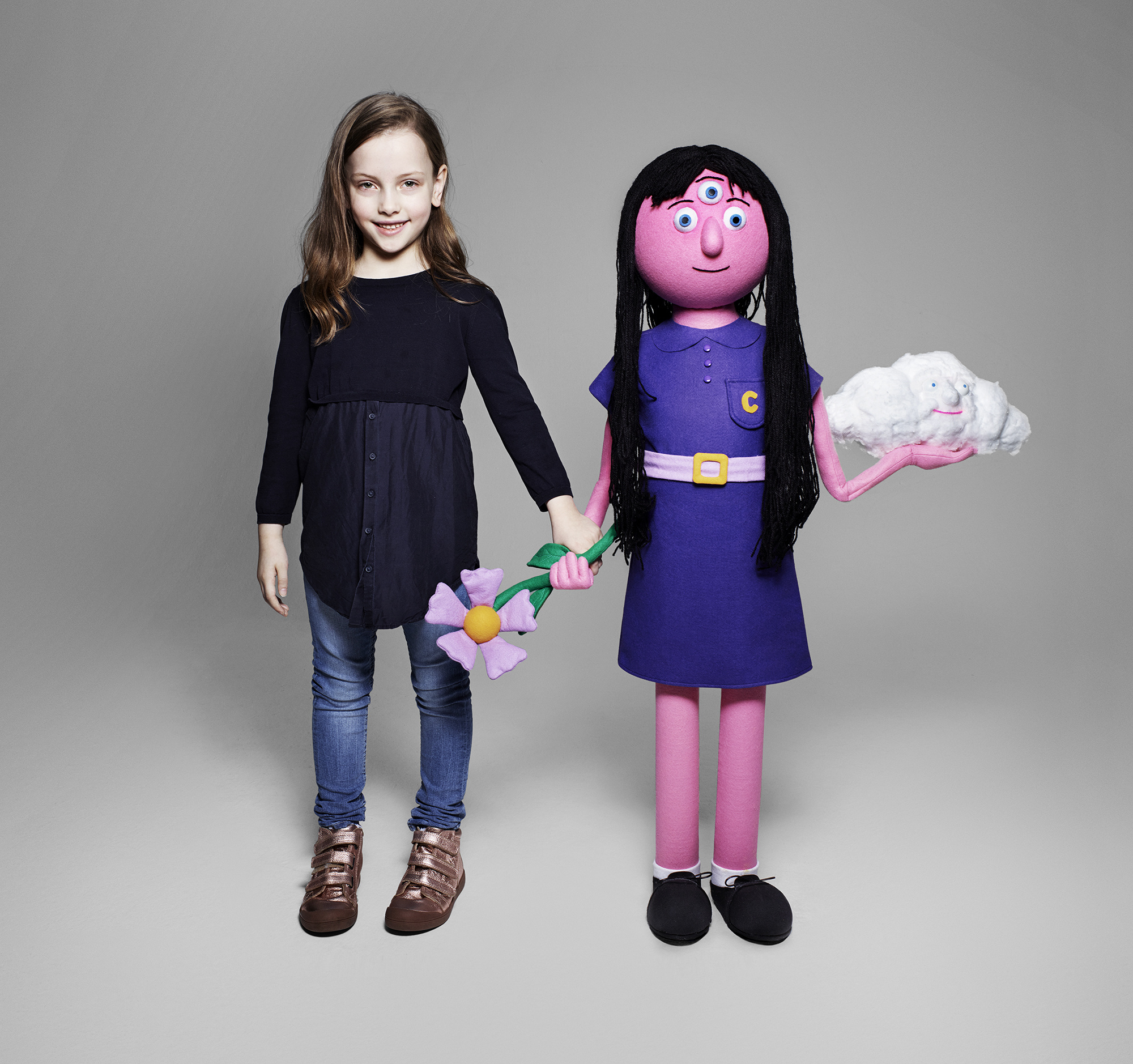 Mabel Brim with her imaginary friend “Chloe” made by BlinkInk and photographed by Rankin.

When the designs were finished, renowned photographer Rankin created a striking photo series showing the children with the „real“ versions of their friends, which range from an 8ft dinosaur to a tennis-playing, banana-eating monster. AMV BBDO, which led the project, eventually created a press and poster campaign around it to drive visitors to the museum.

“Children create many amazing things with their imaginary friends“ says Arvid Harnqvist & Amar Marwaha, the creative team who devised the idea. „They are talked about all the time and often become part of the family. But when the child gets older, these marvellous creations fade away. This project aims to immortalise them.”

The children's reactions when they see their "real-life" friends for the first time.

The project was not only fascinating for the children, who could face their friends in real life for the first time, but also for the designers involved. "As an artist it's one of the most exciting things to bring an imaginary creature to life, especially when it comes from a child's mind" says Péter Vácz at Picasso Pictures, creator of the character "Swerl".

“This was a really fun project to be involved in and it’s such a great idea“ Becky and Joe at BlinkInk, creators of the character "Chloe", agree. "Hopefully bringing the imaginary friends to life won't give the children nightmares though…" they add with a wink. "We’re not sure we would want to hang out with Chloe ourselves!" 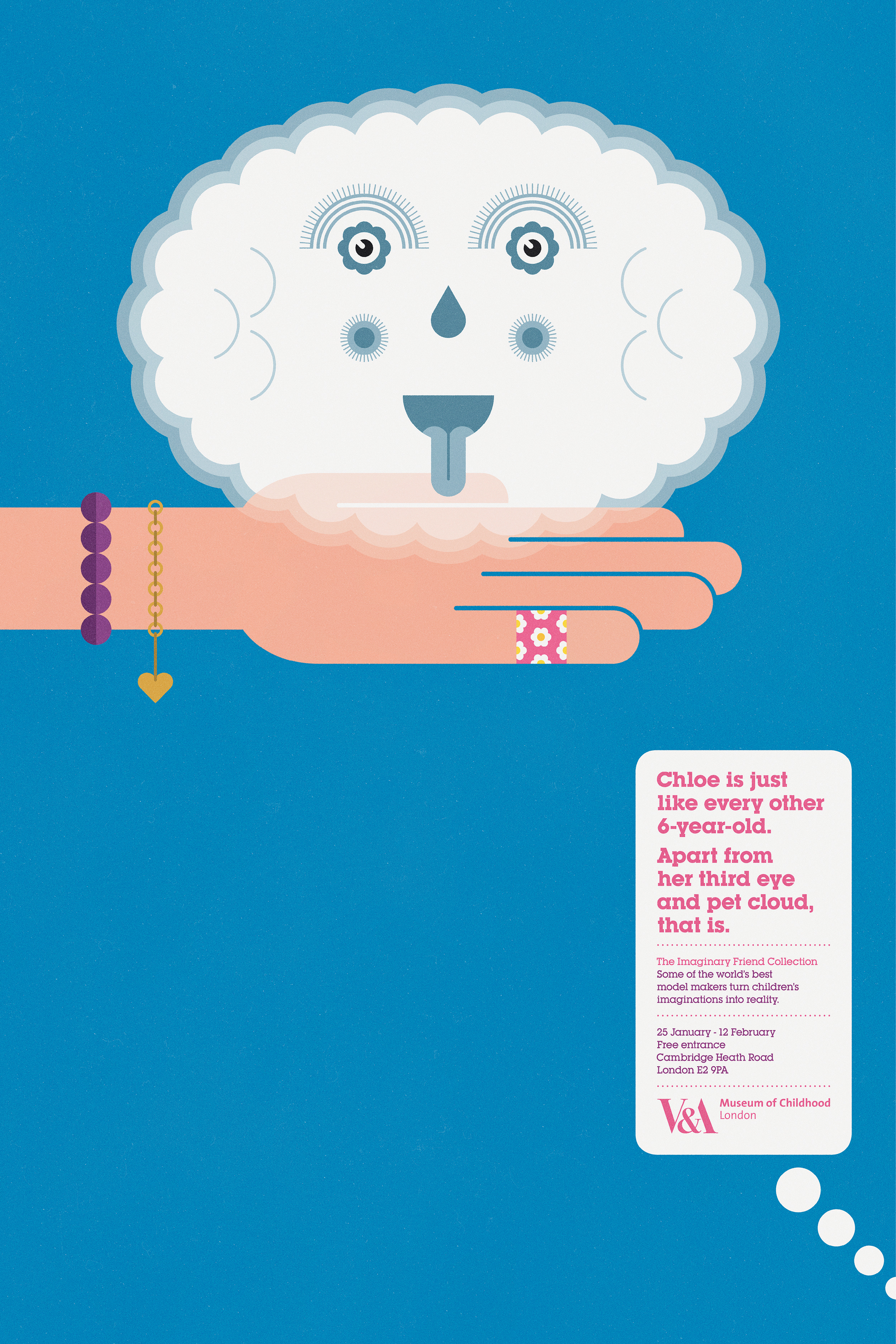 "Chloe" and her pet cloud in the print campaign by AMV BBDO. 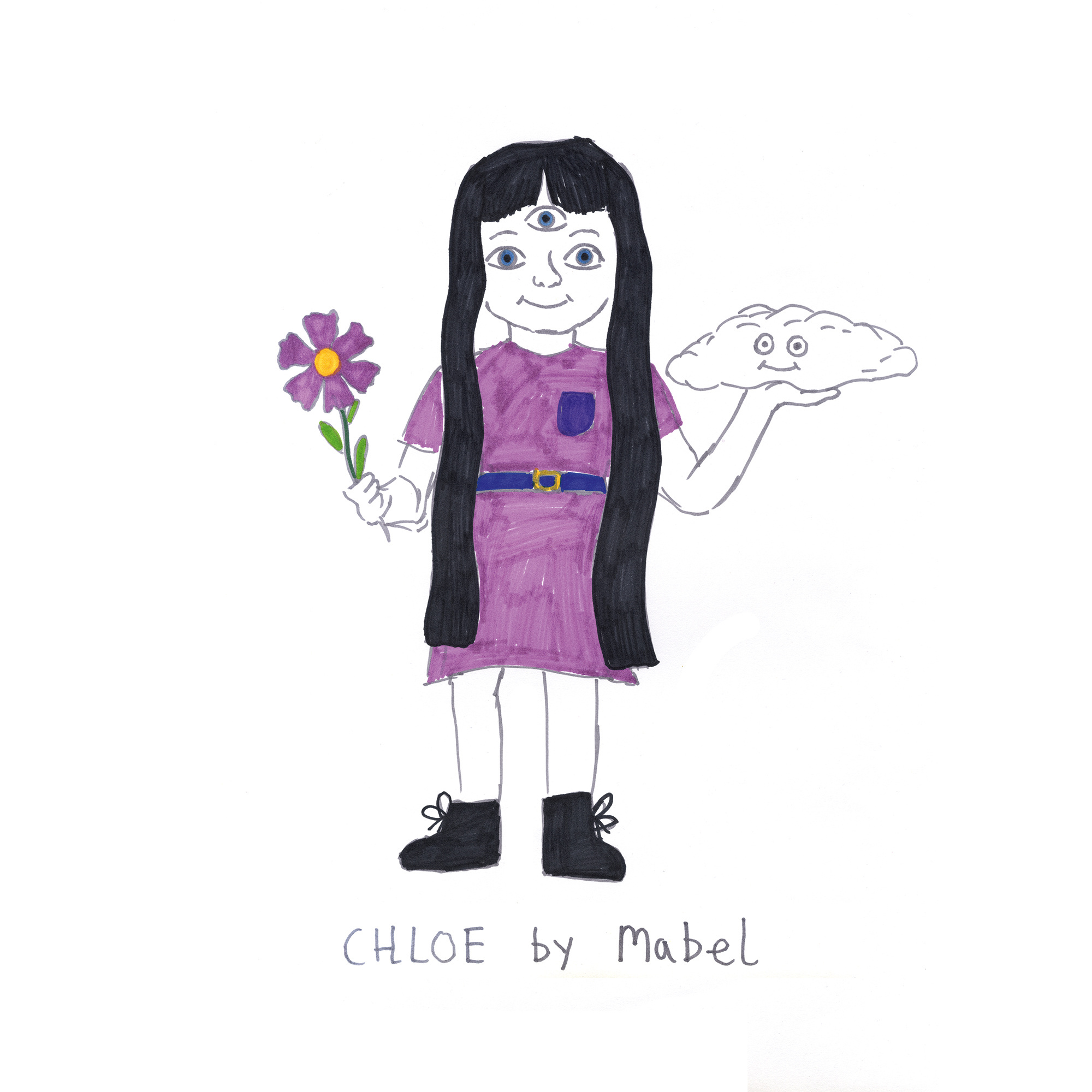 “Chloe” as drawn by Mabel Brim. 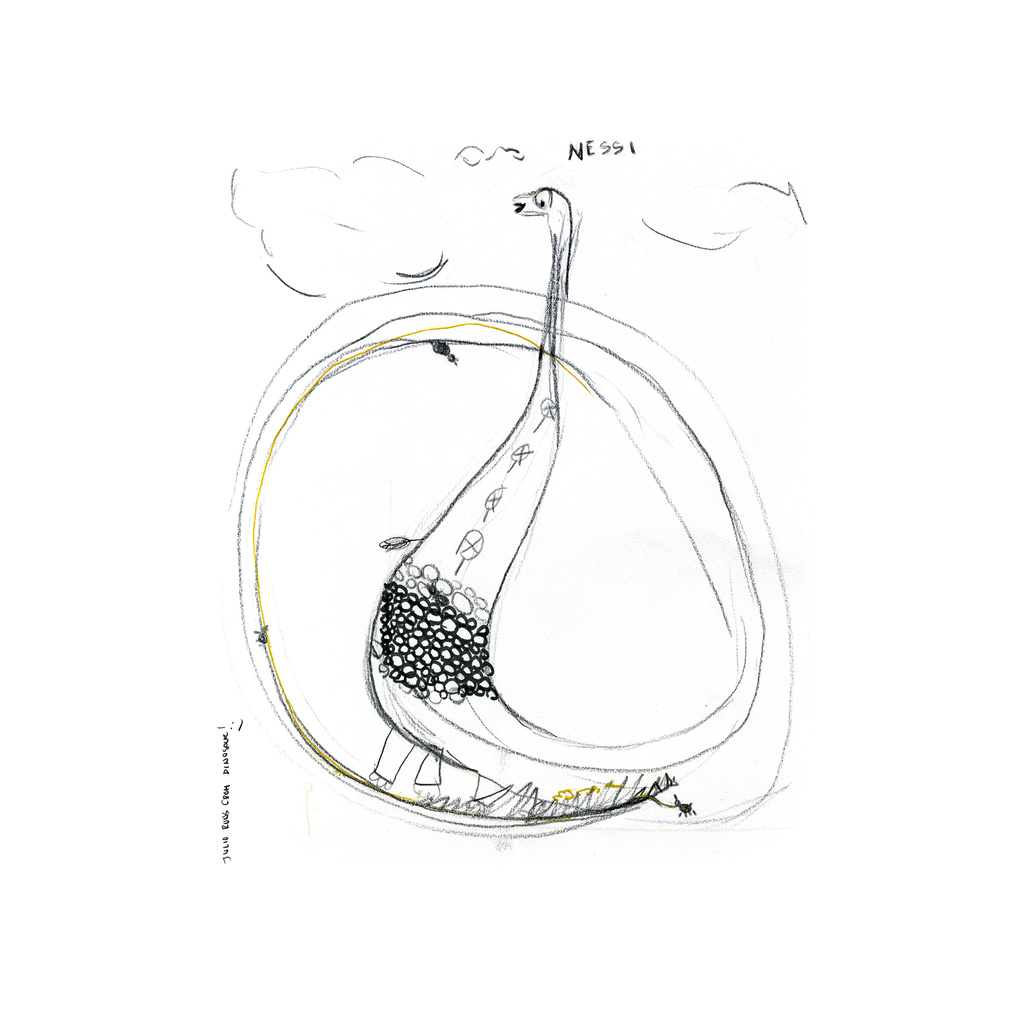 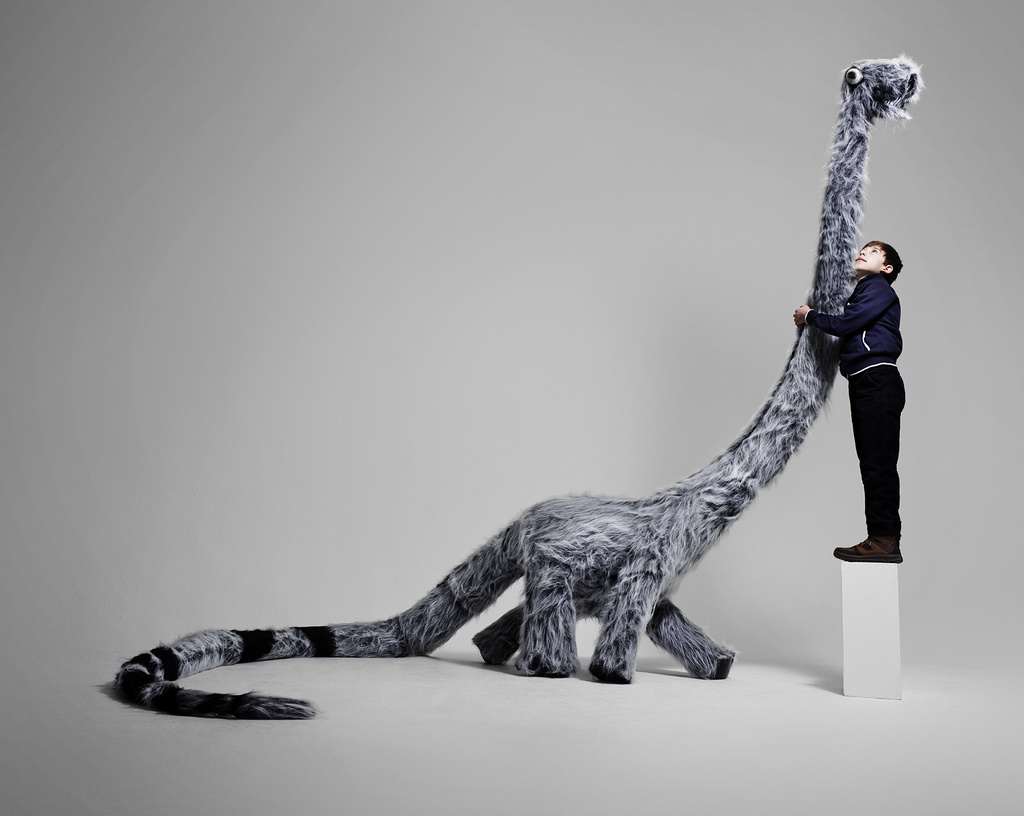 Julio Sanz with “Nessi”, made by Psyop. 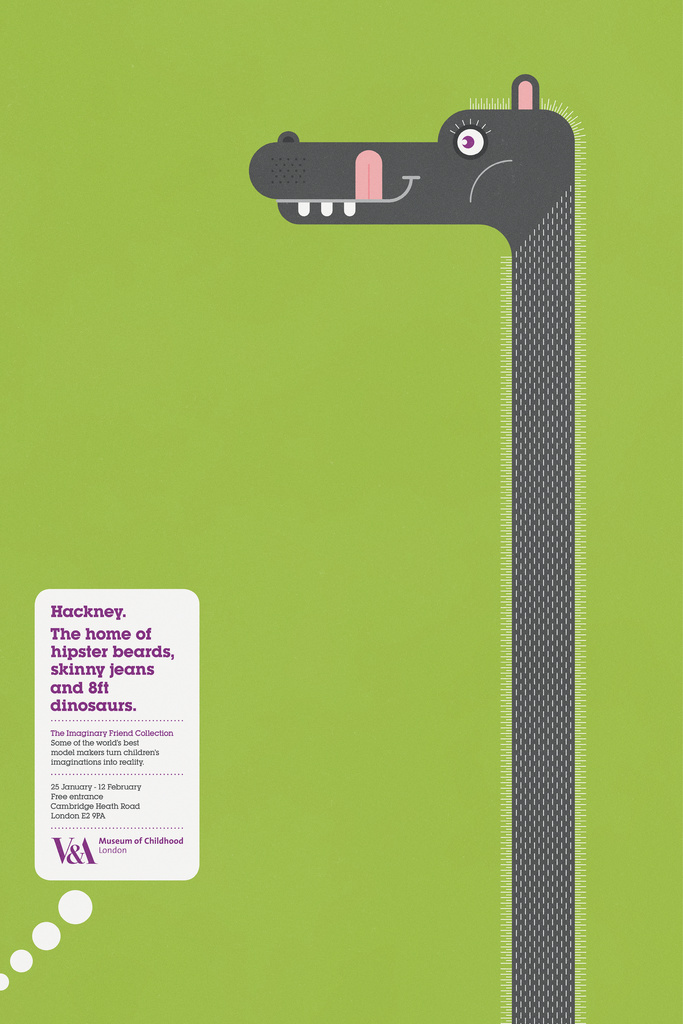 "Nessie" in the campaign by AMV BBDO. 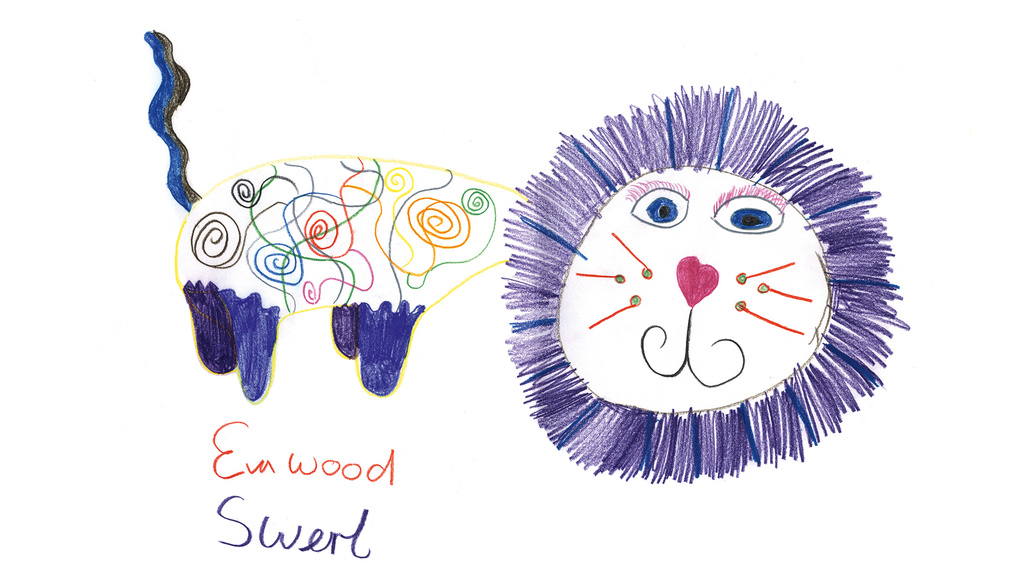 “Swerl” as drawn by Eva Wood. 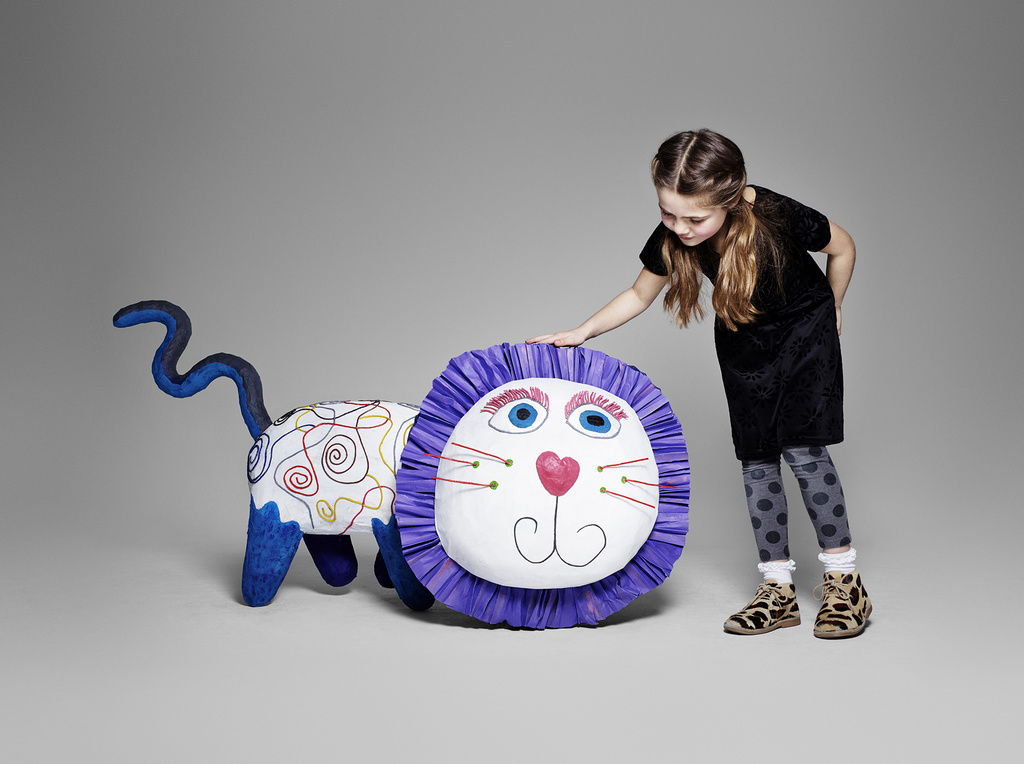 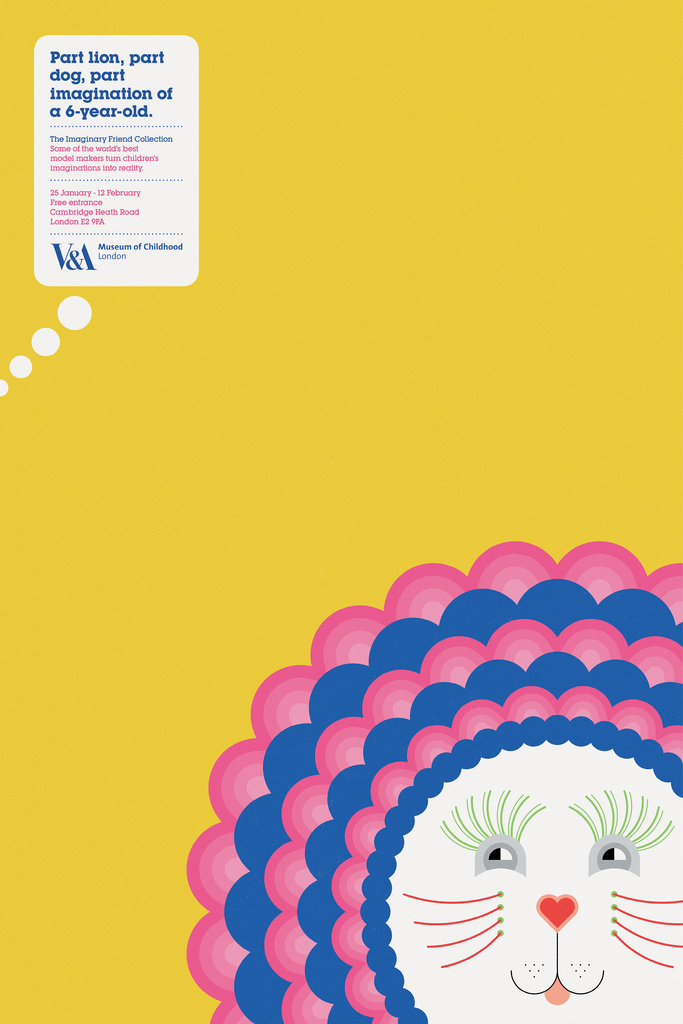 “Swerl" in the campaign by AMV BBDO. 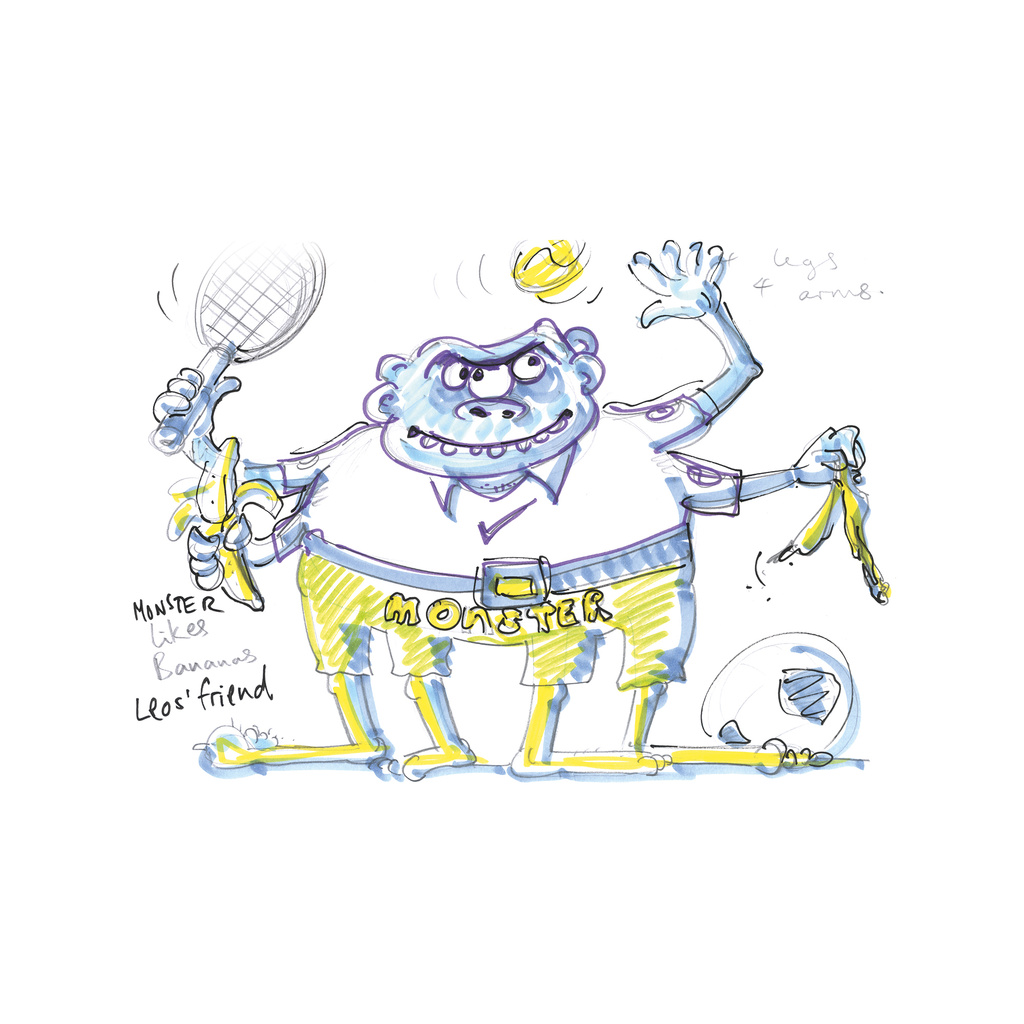 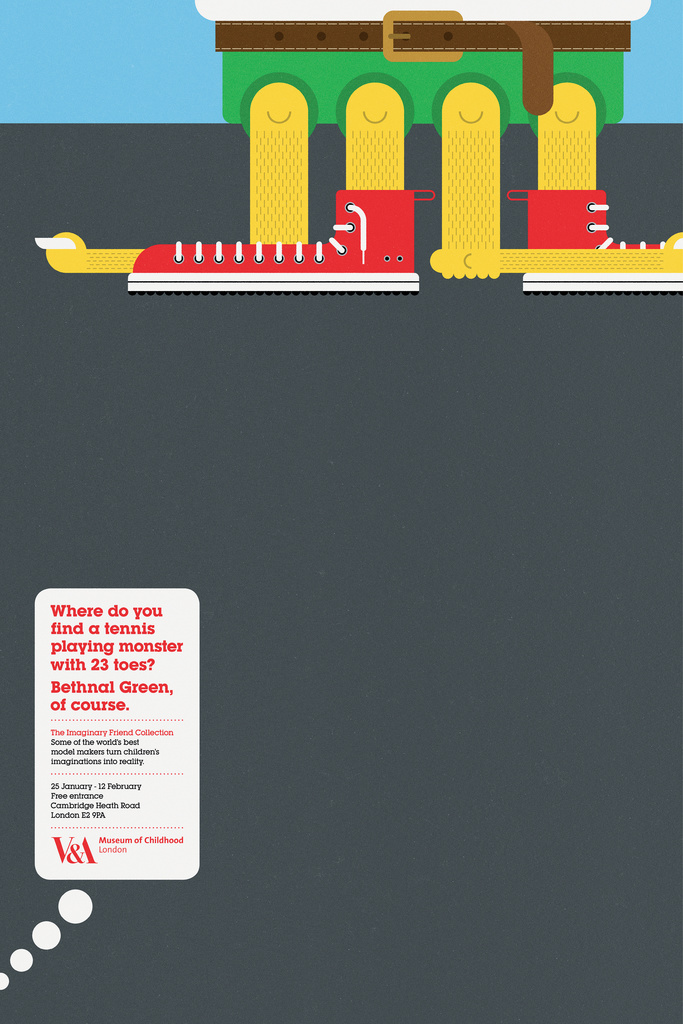 "Monster" in the campaign by AMV BBDO. 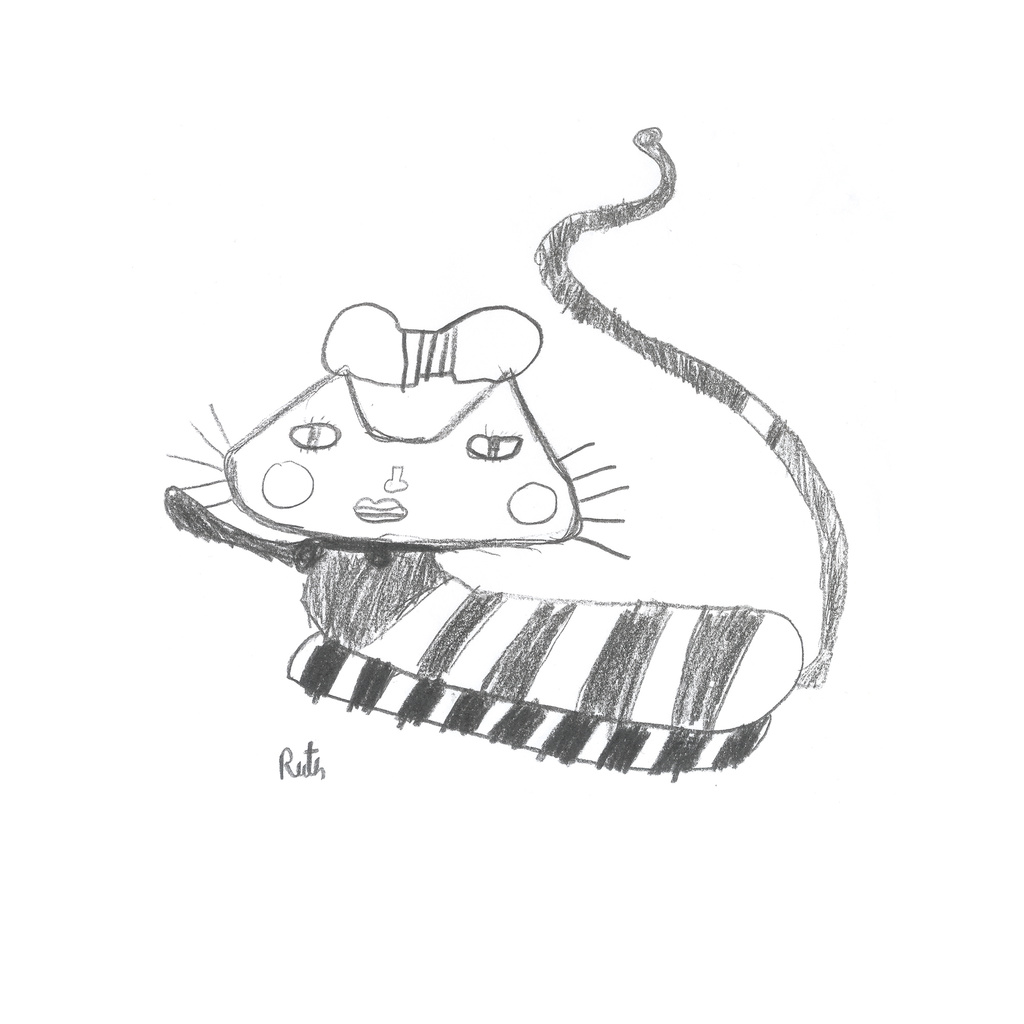 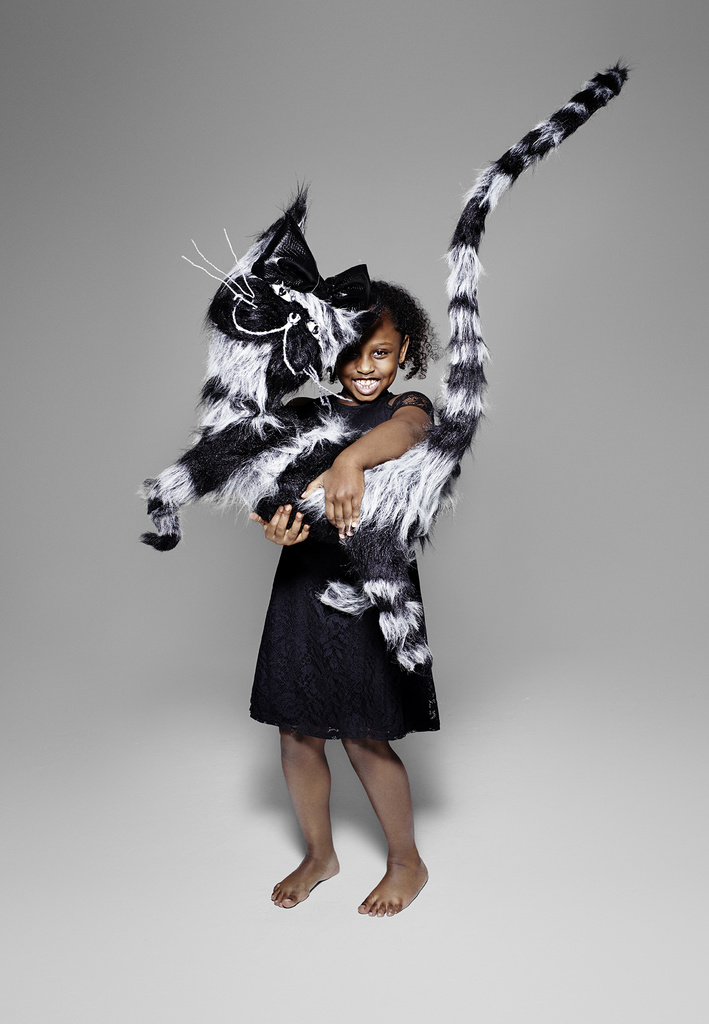 “Lilly" made by Psyop. 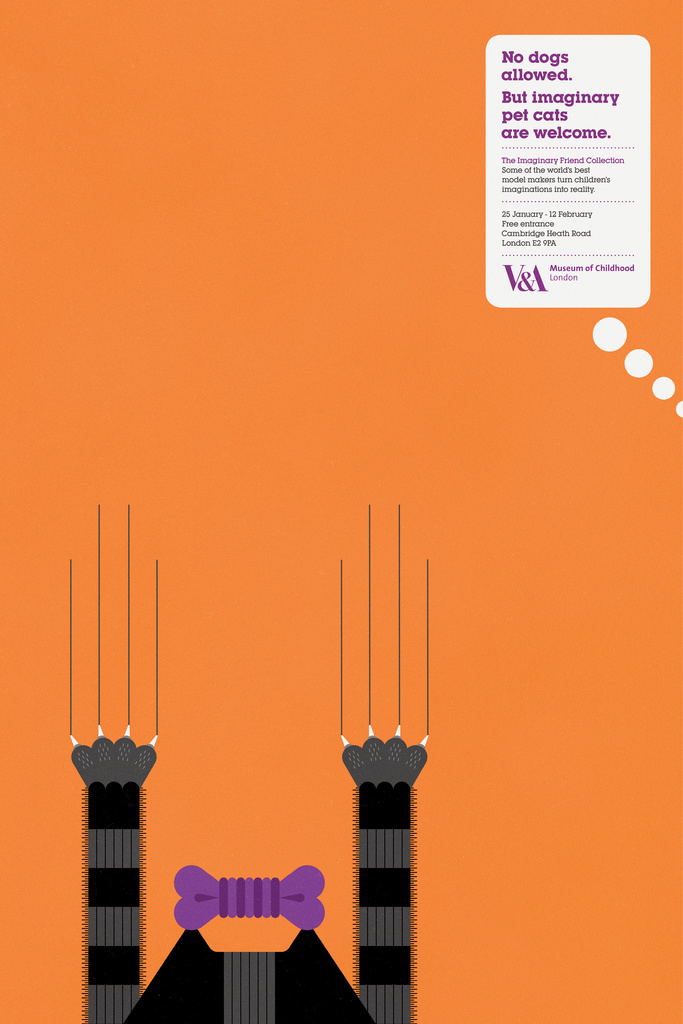 "Lilly" in the campaign by AMV BBDO. 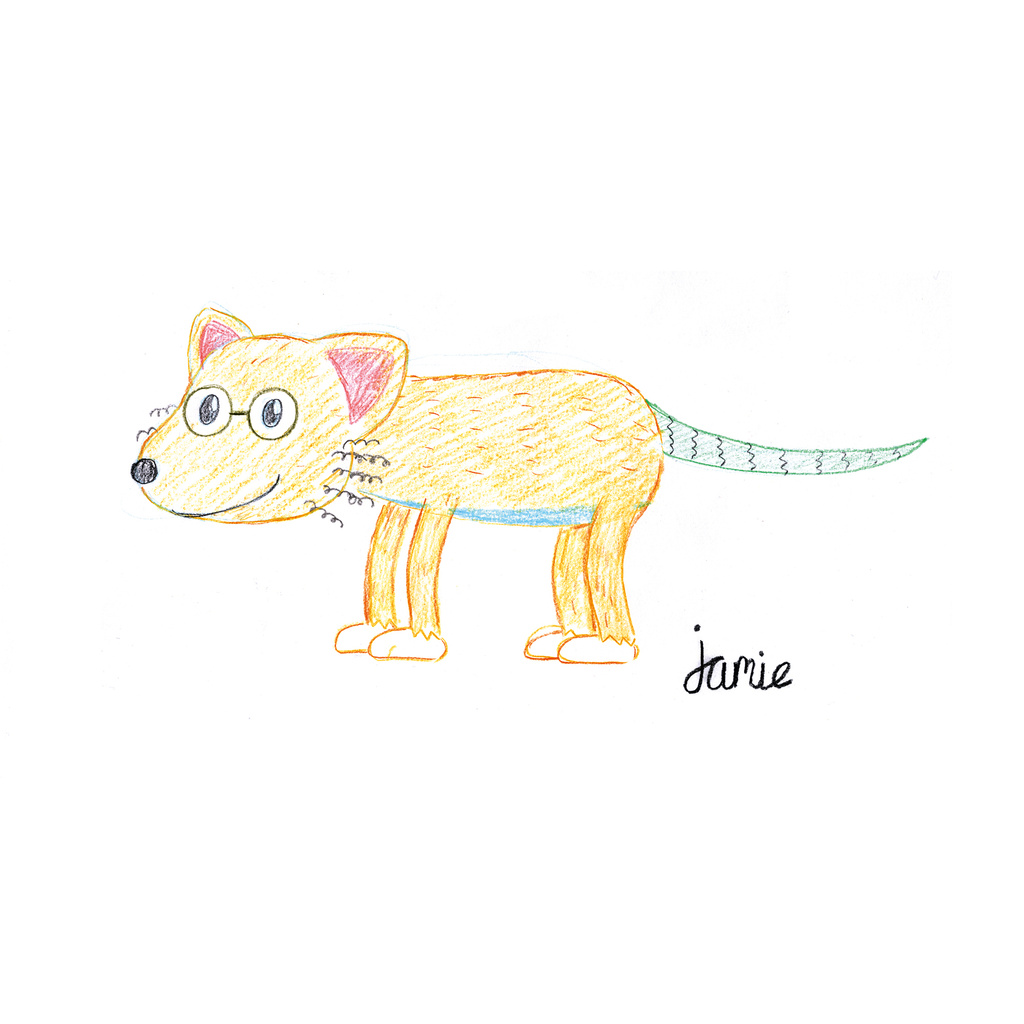 “Jamie" as drawn by Lily Whitby. 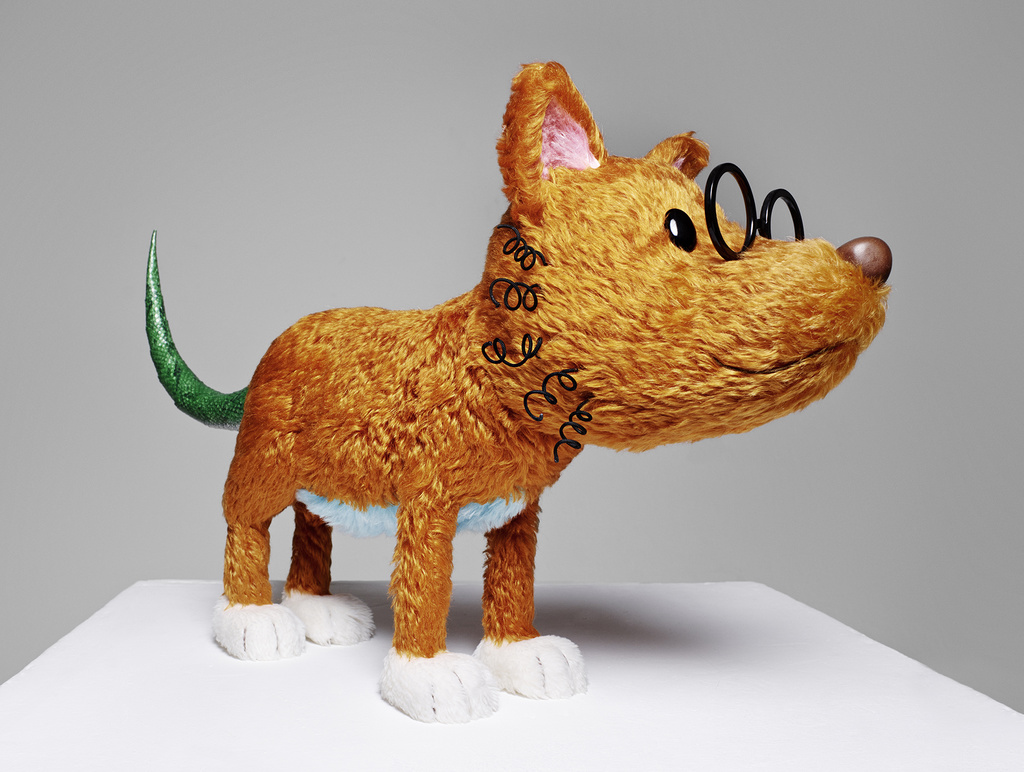 “Jamie" made by dwarf. 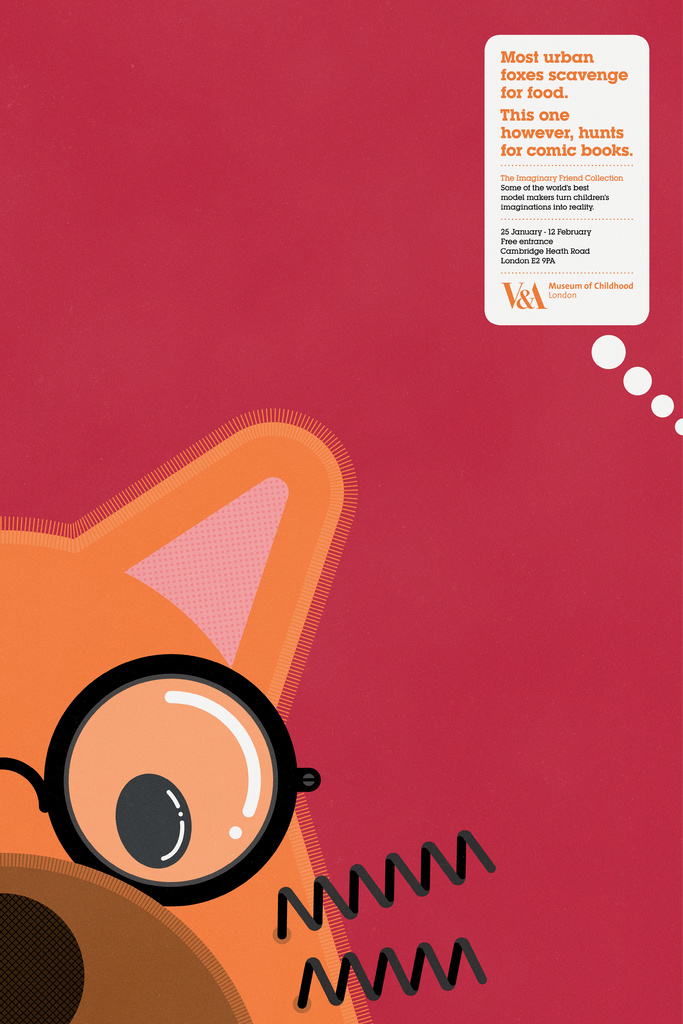 “Jamie" in the campaign by AMV BBDO.