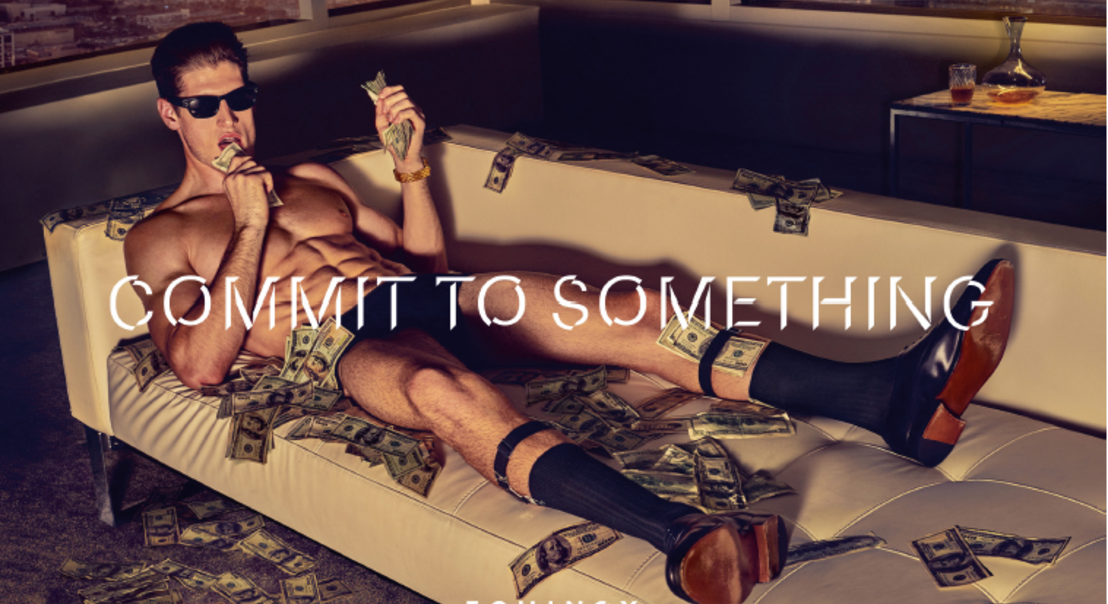 The very first issue of Lürzer's Archive for 2016, which features work from no fewer than 46 countries will be published next week and the subscribers to our digital version will be able to access it within the next three or four days. As always, when doing the selection work for each issue, I usually don’t know where the ads will be coming from. In some cases, of course, i do know, like when it’s a high-profile client in a certain country – the way, for example, the great Levi’s 501 campaigns always used to hail from BBH London over a period of more than 25 years. This also applies when creatives, who happen to be connected to me on social media, let me know when they have something in the pipeline they consider worthy of inclusion in Archive. Sometimes, these messages arrive even before the actual ad has been produced. Not infrequently though, it is in fact very much a work in progress.

Be that as it may, the provenance (country and agency of origin as well as the creatives involved) is, in the vast majority of cases, revealed to me only when I get to see the page layouts. As a result, there are always surprises in store for me when I see where the work selected actually came from. The biggest one this time around was when I saw just how many small(ish) agencies - shops whose names I had not even heard of - have made it into this issue. Their work in fact makes up almost one quarter of the print ads showcased in 1-2016 - which, in many ways, is a great thing. In my 29 years of being with Archive I recall many initially small hotshops whose work we featured right after they were founded and which subsequently blossomed into quite successful big agencies, sometimes all-too-eagerly gobbled up by big networks. Some of them also served as the training ground for talent that, years later, went on to become internationally famous. None of these fits the bill better than Dave Droga, who was working at the Sydney-based shop Omon when he wrote a funny little ad for a deli, submitted it to us, and got featured in the magazine. That was a quarter of a century ago. And although some of us - myself certainly included - may no longer be around a quarter of a century from now, it is fun to speculate which of the careers of the creatives whose work we feature in this issue will witness a similar trajectory, whether they be from smaller shops or the well-established agencies.

In terms of contributions by country, the Print section of this issue is, once again, headed by Brazil, with 14 campaigns featured out of a total of 104. Interestingly, this time around none of the familiar big Brazilian players such as Almap BBDO (the number one in our international Agency Ranking last year), nor Africa are among them, but much smaller, far less familiar names. Trailing just a couple of campaigns behind the Brazilian tally are the UK and the US, with 12 each. And here we are on more familiar ground with ads from Wieden+Kennedy, New York, J. Walter Thompson, London (with Dave Dye as their Head of Art), and AMV BBDO, London and BBDO, New York just to name a few of the biggies.

The Film category boasts a total of 72 campaigns (both TV and online commercials), the UK leading the pack with 18 and the USA taking second place with 13. Third and fourth go to France and Germany with 8 apiece.

The Digital selection features the favorite picks of Roy Cohen,  Creative Director of Blue Hive, London as of March 2015. Roy originally started his career as a copywriter at Y&R, Tel Aviv in 2007, and five years later was promoted to ECD at the agency, a role in which he managed the entire online creative department. Among his 15 selections are 5 from the US, 3 from France, and a single one each from Australia, Brazil, the UK, Israel, Japan, New Zealand, and Romania. An interview with Roy precedes the 15 works presented and is titled "It doesn't matter what channel a new idea is for – in this new world they all blend into one."

In this issue’s main interview, Hermann Vaske chatted to Joe Pytka, one of the titans of commercial filmmaking and someone who can look back on a career in the industry spanning more than four decades. If you think “Advertising now is scraping the bottom of the ocean” (the interview title) sounds, perhaps, slightly negative, brace yourself for the encounter with him. If it weren't the legendary Joe Pytka it would be easy to dismiss his scathing assessment of advertising today as that of a grumpy old has-been. As it is, what he has to say gives us all reason to pause. 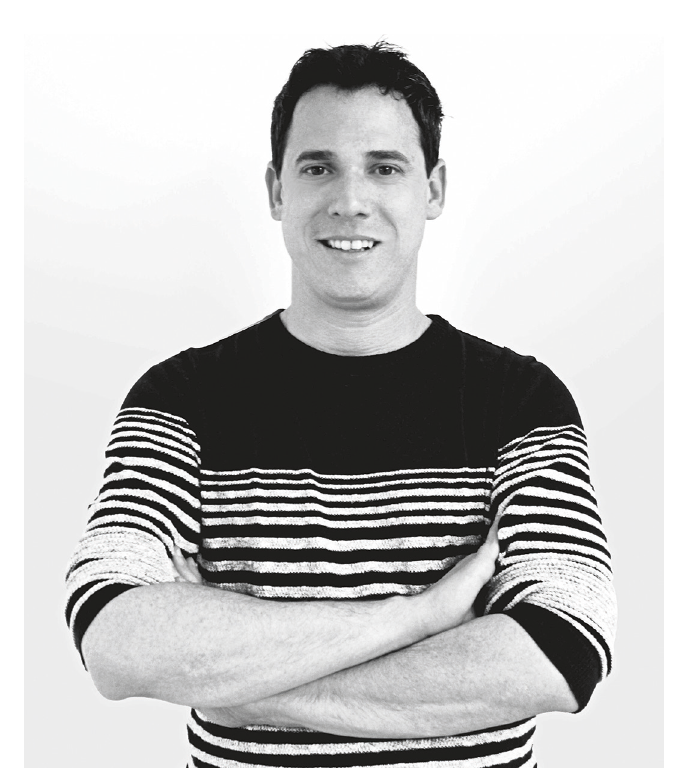 Roy Cohen, Creative Director Blue Hive, London and the man responsible for the work featured in our Digital section of Vol. 1-2016. 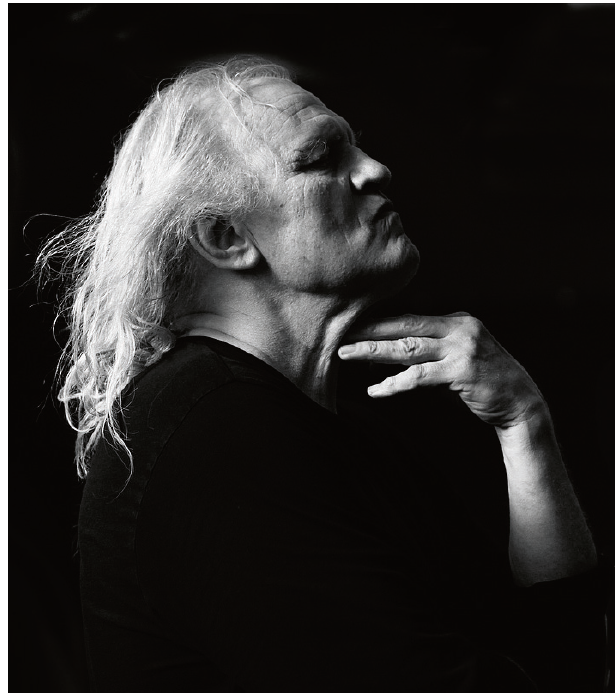 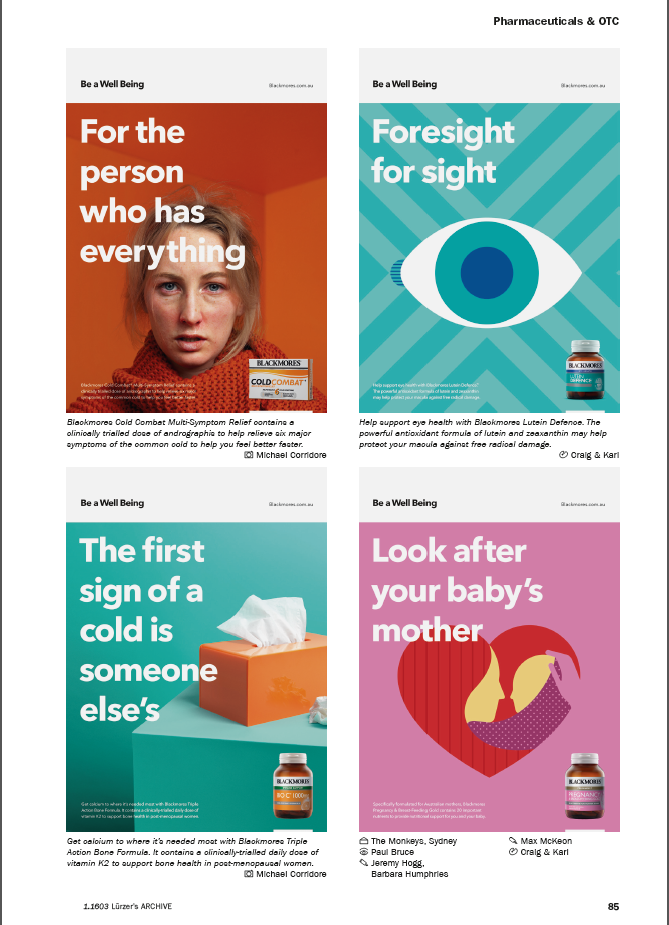 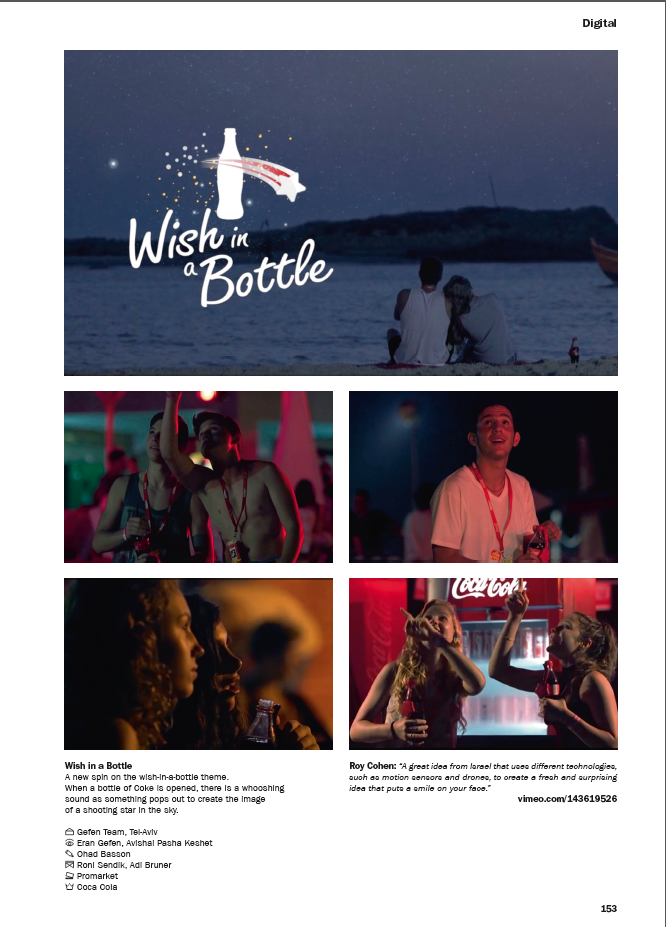 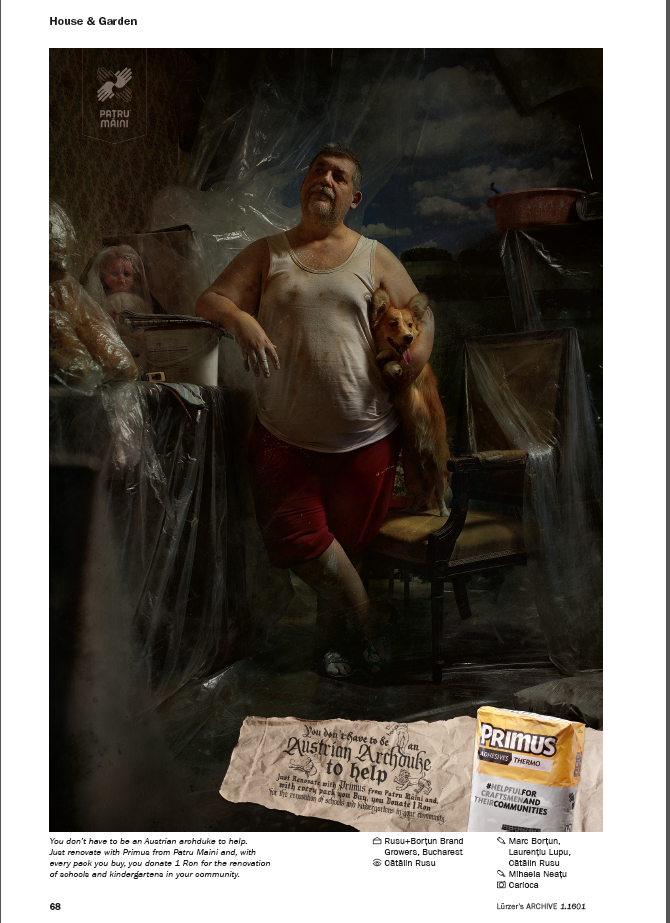 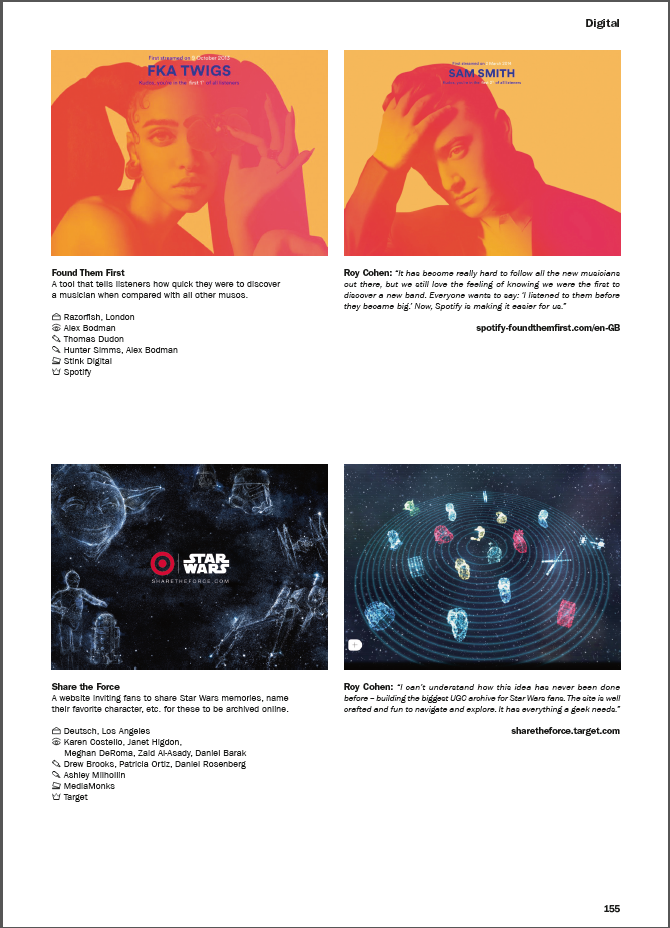 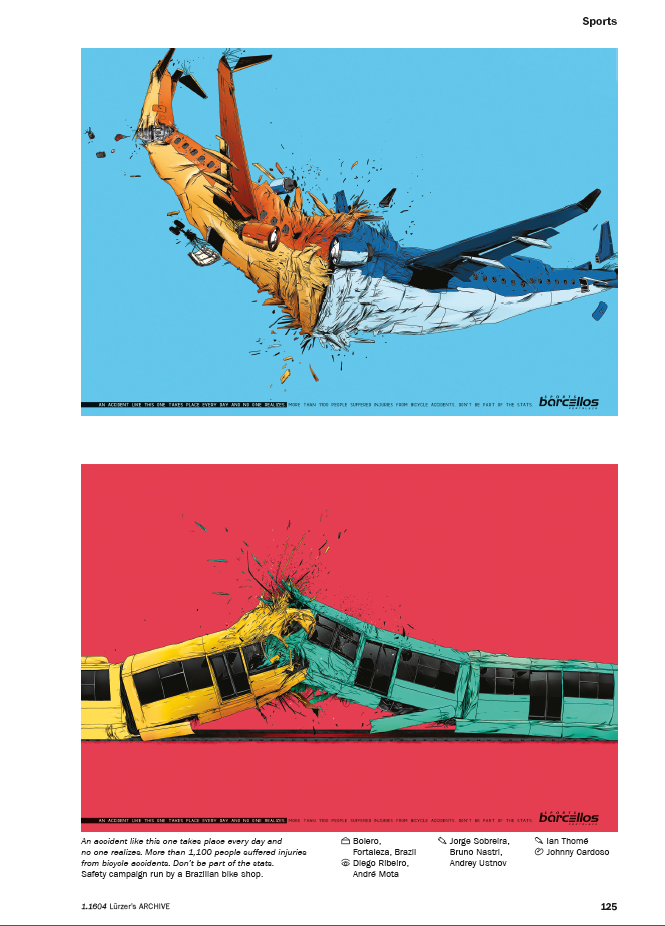 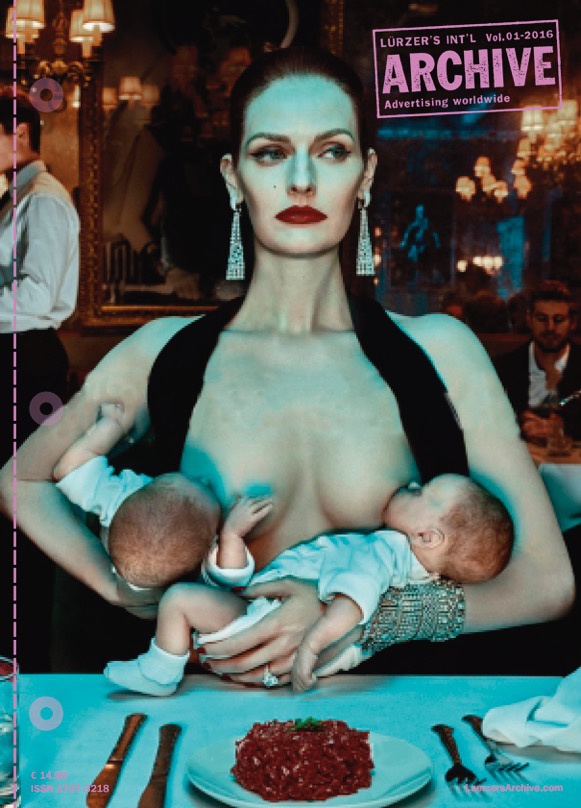