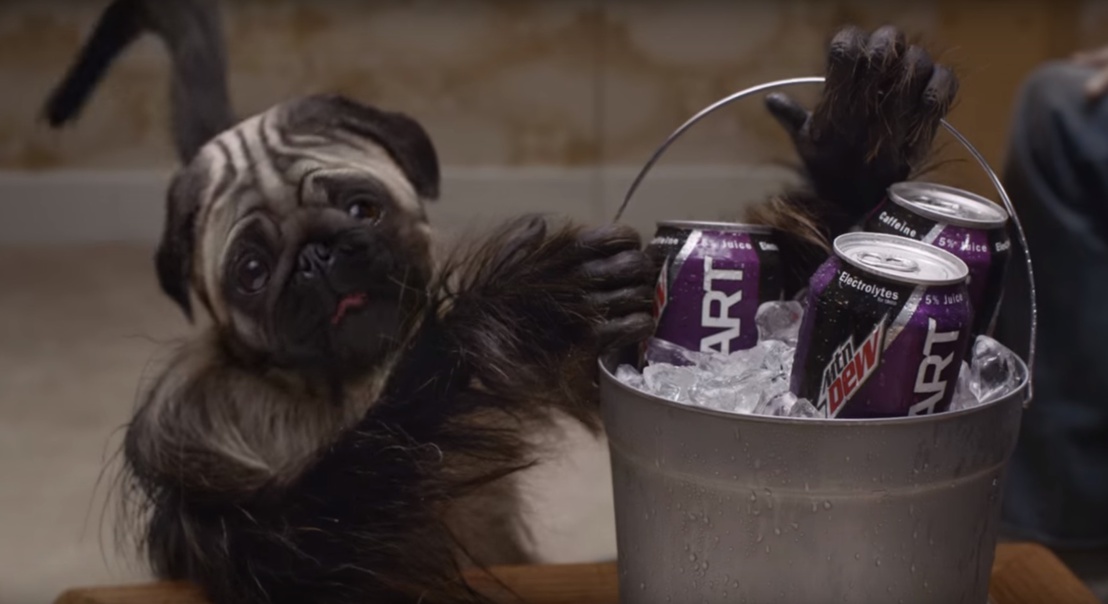 When I first read the interview with Joe Pytka in the current issue of Lürzer's Archive, which is ominously titled "Advertising now is like scraping the bottom of the ocean," I kept thinking "Come on man, it's not that bad." After watching this year's crop of much-heralded Super Bowl commercials I can't help but agree with the US commercials legend, who even refused to elaborate on his current projects deeming them "crappy stuff. Don't want to talk about it." I would perhaps change the title's bottom-of-the-ocean scraping to the bottom of the recycling bin, but I do see Pytka's point now.

It's of course unfair to measure US advertising in general based on these super-hyped spots but for years now they'be been getting so much attention from within the creative community, you can't help but view them in relation to the state of current commercial-making in the US. As I said in previous years, the work presented during the Super Bowl's ad breaks is a terrible place to look for innovative or really creative advertising, with a few huge exceptions, none bigger than Apple's '1984' landmark spot. With consumers expecting to be entertained at all costs, production budgets getting bigger and $5 million paid for each 30-second slot, the stakes are just too high to opt for any kind of experimentation, let alone innovation.

So once again clients and agencies relied on the tried and trusted formulas which basically boil down to kids, puppies, gags and celebrities. There were tons of the latter again this year, all of them rather disappointingly used I found – excepting perhaps Helen Mirren in a very visually subdued "Don't Drink and Drive" message from Budweisers.

But something seemed to have gone wrong this year. The entertainment value which I do expect of such expensive productions, perhaps best exemplified by last year's Snickers "Brady Bunch" commercial was barely there. (Snickers this year came up with a grouchy Willem Dafoe in a white dress who, after having been handed a Snickers bar transforms into Marilyn Monroe on that famous subway grate from 1955's "The Seven Year Itch.". This was, if not exactly brilliant, at least in keeping with the successful "You're not you when you're hungry" theme and we all should be thankful that at least they didn't go to Steve Buscemi for this.)

Most of the folks writing about commercials, from AdWeek to Creative Review also seemed decidedly underwhelmed by this year's offering. And the general public apparently wasn't all that amused either. Reportedly, the number of shares of the commercials on social networks was down a third from last year. And really, there wasn't a whole lot one would have wanted to share. As a matter of fact, I cannot think of a Super Bowl in recent memory that had a lamer "pot-pourri" of commercials.

So since it is our magazine's intent to spare our readers the rubbish and just show them what we think is worth remembering, here are a few spots that rose above the majority of the work on view last Sunday.

There was the AXE film, which as it turns out is not a US commercial but comes from 72andSunny Amsterdam.They've just launched a new global campaign for the men's body care line, entitled “Find Your Magic." According to their press release, it "promotes the brand’s expanded male grooming line with a message of self-acceptance." The spot on view at the Super Bowl was a 30-second version of this one here.

Next among my few favourites was a spot by BBDO New York with an unusually high weirdness factor (intentional that is) for an American commercial. It's for Mountain Dew's energy drink "Kickstarter", and is titled "Puppymonkeybaby."  It manages to spoof the Super Bowl commercials penchant for all things cute and furry while actually saying something about the soft drink, a combination of "Dew. Juice. Caffeine."

Next up is the "Ultrasound" commercial for Doritos which proved to be quite divisive. Especially women (mothers probably – and who can blame them?) found it "disturbing" and went on social media rating it as the worst commercial of the night.  It was the result of the 10th and final time that Doritos had held its famous Crash the Super Bowl contest, where they ask their fans to do the hard work when it comes to an idea for their Super Bowl effort. The winning entry was created by Australian director Peter Carstairs. See for yourself and let us know what you think in the comments section or on Facebook.

I'm rather of two minds about the final Super Bowl spot in our little review – slim pickings indeed! I can't decide if those wiener dogs dressed up as hot dogs running towards their prospective "devourers" who appear dressed up as various Heinz ketchup bottles are actually quite funny or just stupid. The slo-mo effects and the soundtrack – Harry Nilsson's "Can't Live" – sure doesn't help. At any rate, in terms of popular opinion the wiener dog spot by DAVID – an independent agency backed by Ogilvy & Mather twin offices in Sao Paulo, Miami and Buenos Aires – beat most of the other commercials trying to entertain the masses.