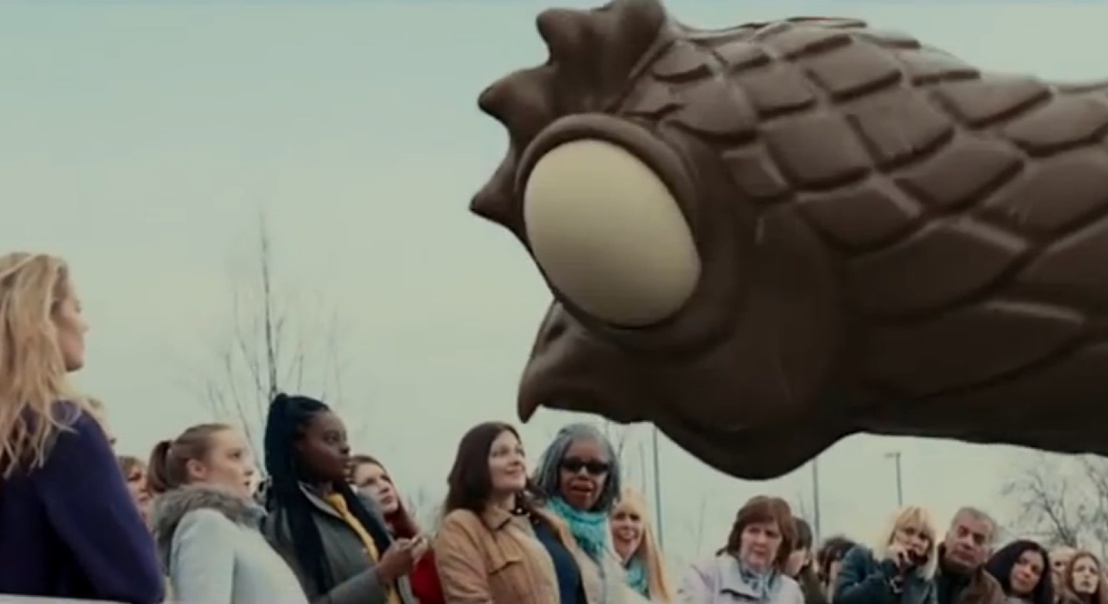 My intention for this week's blog was to give you a run-down of the best commercials specifically created for Easter, which is celebrated this weekend in several parts of the Western world. As with the Christmas season there is, albeit to a lesser degree, an onslaught of ads that revolve around the Easter holidays. The clients of these are more often than not chains of supermarkets and confectionary products.

The Christmas season always provides some cool outstanding work and so I thought Easter might be the same. Normally, I'm not concerned with seasonal advertising, as in the magazine we try to present the most interesting new ads as they come in  - no matter the season. At any rate I was a bit disappointed. There were many Easter-themed commercials I looked at in the past weeks but except for a handful of them they're not worth wasting words on.

It's the usual parade of cliches in fact and while in the UK they often put popular song on the soundtrack (such as "My Favorite Things" from "The Sound of Music", see below), with US commercials you frequently have to listen to a voice-over that more or less recites what must have been the agency brief.

One of the spots I quite enjoyed (despite a few tedious moments – I assume put in by client request) was for the Asda chain of supermarkets titled "#Giant Hen." The commercial  from VCCP, London, shows a giant chocolate hen being transported to the supermarket where she climbs on to the roof. From there she begins laying some extra-large Easter eggs for the waiting staff below. I thought the Godzilla-like appearance of the hen was quite funny and at least well-executed, with Tom Jones' "She's A Lady" from 1971 on the soundtrack.

Another one I quite liked - even though it's nothing to get excited about in terms of originality or novelty, it could have been aired 20 years ago – was the Marks & Spencer "Adventures in which came first?" advert by Rainey Kelly Campbell Roalfe/Y&R. It plays on the old question of which came first, the chicken or the egg? Quite prettily, the spot features Easter products to the soundtrack of "Rather Be" by Clean Bandit ft. Jess Glynne, a song used in other recent ads from M&S.

And finally, another Aldi commercial from McCann Manchester, a spoof of the Cadbury "Gorilla" commercial, which I featured in last Friday's blog. It sticks to the long-running Aldi's advertising concept of directly comparing prices of products sold at Aldi supermarkets vs. a brand product. This time around, the gorilla is so upset about the marked difference in price of a Lindt brand chocolate egg and Aldi's own that he promptly loses his sense of rhythm at the drums. To me, a much better ad than their kitschy extravanza featured at the start.

I'm ending this short overview with what is probably my favourite Easter-themed commercial ever. It's from last year, was created by Goodby Silverstein & Partners, San Francisco, for Cheetos breakfast cereal and I can't even tell you for sure if it came out around Easter. The spot's pay-off is "Easter will never be the same," so it might have. No matter – I believe this spot, just like the hare's wistful stare, will stay with you longer than all the fluff provided by this year's crop of Easter adverts.