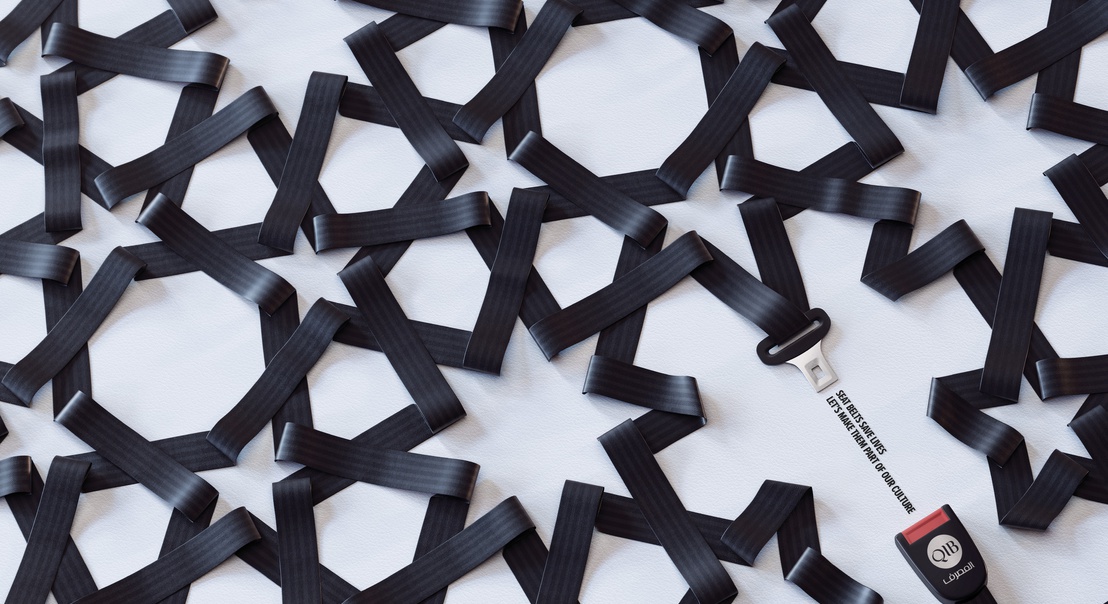 A first for Qatar!

The Print Grand Prix at this year's Dubai Lynx Awards went to Memac Ogilvy Doha for their client Qatar IslamicBank's public service campaign. I think it's a great series of ads and what surprises me most is that it's from an agency – and a country! – that has never been featured in Archive, has, in fact, never submitted work to us before. I hope this big win at the Dubai Lynx will give them confidence to regularly submit their ads for publication in the magazine from now on, as the Qatar Bank ads prove their work is up to the highest international standards. 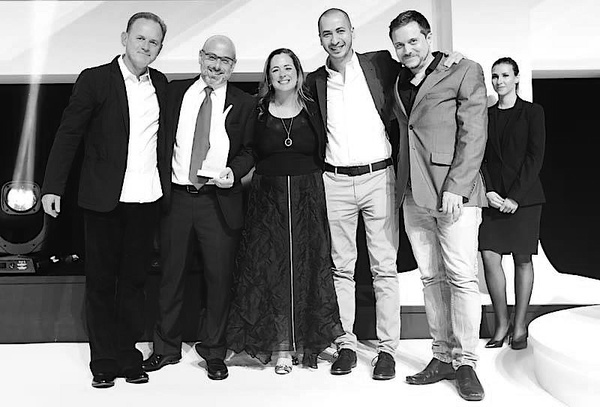 I queried Youssef Gadallah, CD Memac Ogilvy Doha and Will Rust, ECD of OgilvyOne, Dubai about the campaign.

Congrats first of all to you and your team for winning the Print Grand Prix at the Lynx Festival for the Qatar Islamic Bank’s Public Safety Awareness campaign. Youssef, can you tell us a bit about how it came about?

Youssef Gadallah: Traffic safety is a major concern in Qatar, and the subject of seatbelts came up a lot in the office. We've all seen too many young children hanging out the sunroof of a land cruiser while their parents careen down the motorway at 100km/h

How did you guys come up with the idea of the ornaments made out of seat belts? Also, is driving without buckling up more of an issue in the Middle East than elsewhere?

Youssef Gadallah: Yes, not wearing a seatbelt is much more of an issue in the Middle East than elsewhere. In North America, the UK and Europe a lot of investment has been made into public safety campaigns that have effectively educated people on the life-saving importance of wearing seat belts. In the Middle East that has not yet happened. Culturally people believe that the safest place for a child is in its mothers arms, not a car seat.

Furthermore, a significant number of people believe that you die when God wills it, so they don't wear seat belts because it's in the hands of God and wearing a seatbelt shows a lack of faith in God's ability to protect them. So showing them traditional shots of car crashes won't work because that's God's will in action. We needed to subtly suggest that wearing a seatbelt and surviving might also be part of God's will, that a seatbelt doesn't have to be against their culture, but show them through beautiful symbolism that it can be part of their culture. Hence the Islamic motifs.

Did you expect to win the Print Grand Prix? Was there some kind of buzz about the campaign which must have been received very positively when it came out?

Youssef Gadallah: We were shocked and humbled to win a Grand Prix! Our campaign was created from a place of concern for the community, not for the glory of an award.

What about the client, the Qatar Islamic Bank? What are they like to work with? Where do they offer their services and what's their general advertising like?

Youssef Gadallah: QIB are a fantastic client of ours. They serve the Qatar market with an office in London too, for when their clients are abroad. They are built on a strong foundation of values and are a respected member of the Doha community. Their customers feel a strong sense of loyalty and support towards the bank, as it has literally grown up with this fast growing country. For this reason they were very enthusiastic in partnering with us on this important community initiative.

Will, you joined Memac Ogilvy only 11 months ago when you left Ogilvy & Mather, Prague. What interested you most about taking the position of ECD at OgilvyOne in Dubai?

Will Rust: I realised that despite moving around a fair bit, all my working experience was in Europe. And for the last few years it had been in struggling economies where things were very tough, especially for the ad business. Dubai is growing, and it's very diverse. I was approaching 40 and it seemed like the right time to throw myself out of my comfort zone and go do something different.

What are some of the biggest differences you encountered in (agency) life in Dubai compared to Prague and Budapest where you were ECD at the respective Ogilvy & Mather agencies before your move to the Middle East?

Will Rust: The clients here are a breath of fresh air for anyone who's been working in Europe over the last few years. There's something about this town that really inspires people to make a go of it and do remarkable things in the time they're here. Yes, there are tight budgets, short deadlines, but there's a desire for great work here that I haven't seen in such abundance for a long time. Europe has been in damage-limitation mode since 2008. Here there's a much more vibrant spirit.

Please tell us a bit about creative advertising in an Islamic country. What are some of the restrictions you're up against?

Will Rust: Honestly, it's pretty difficult to notice. Apart from the obvious absence of alcohol advertising (despite alcohol being available), the restrictions here are barely noticeable. Most of the restrictions with marketing here relate to Dubai's code of conduct, which means to be considerate and sensitive of the many diverse cultures that live here. The authorities are very careful to ensure that nobody is insulted. But this is very different in Saudi Arabia for instance, where there are many restrictions on what and how you communicate. So, in short, it's difficult to generalise about advertising in an Islamic country.

Interestingly, as the readers of Archive know, quite a lot of good advertising comes from the Middle East nowadays. Do you think that these restrictions might be in fact be beneficial to creativity?

Will Rust: Absolutely. Although life here is pretty easy and safe, adjusting to the magnitude of cultures can prove challenging, and any exposure to the new is a great kickstart for ideas.

What is the ratio expats vs. local talent at Ogilvy in Dubai? Is the creative department a very diverse, international group?

Will Rust: It's massively diverse, but for some reason I have encounted zero Emiratis in the ad industry. My creative department consists of Syrian, Egyptian, Philippino, Indian, Palestinian, Hungarian, Czech, Welsh, South African, Pakistani and English creatives. We have two Indians and we sometimes joke about them being a majority, as every other nationality has a single rep! The same would be true for most agencies in Dubai.