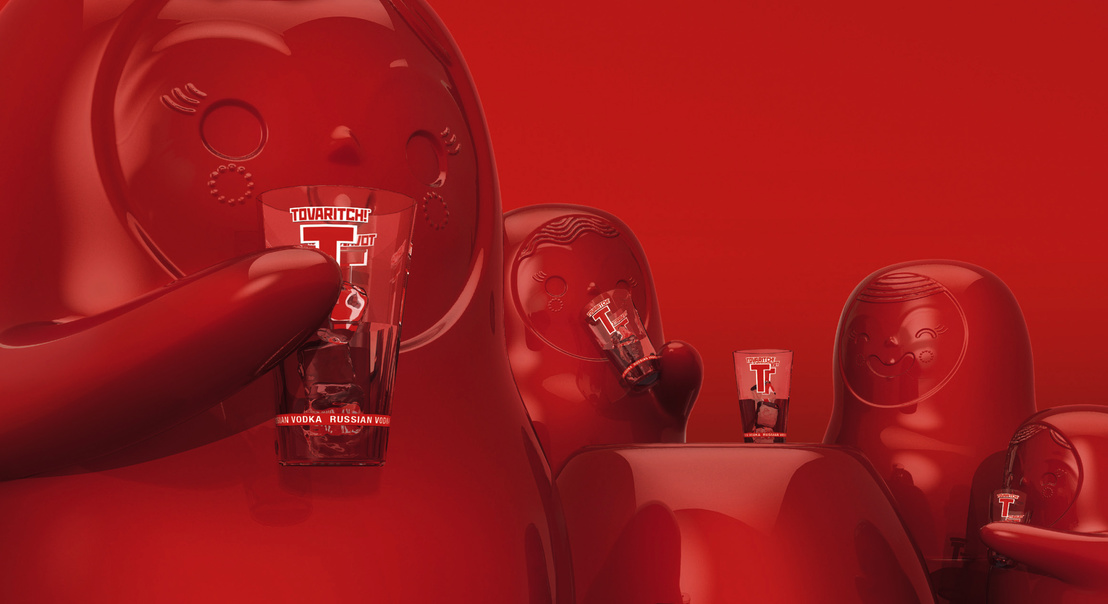 Out now: our latest issue!

Lürzer's Archive has been the final nail in the coffin of long copy ads. This is what I was told some years ago by a well-known German copywriter. Of course, he had a point. Long copy ads have all but disappeared in advertising and the past twenty-five years have seen a switch from copy-based campaigns to ones where the ads appeal first and foremost, of all because of their graphics and because of the art direction. As for our magazine, we had really only as much to do with those changes as we have been reflecting what goes on the creative advertising in general. I think that globalisation and the subsequent need for international advertisers to communicate through images rather than words were really the main reasons for this shift.

Which is why I thought it might be a good idea to interview one of the premier art directors of the past 20 years for our latest issue, Vol. 2-2016 of Archive Magazine, which should be with you shortly. 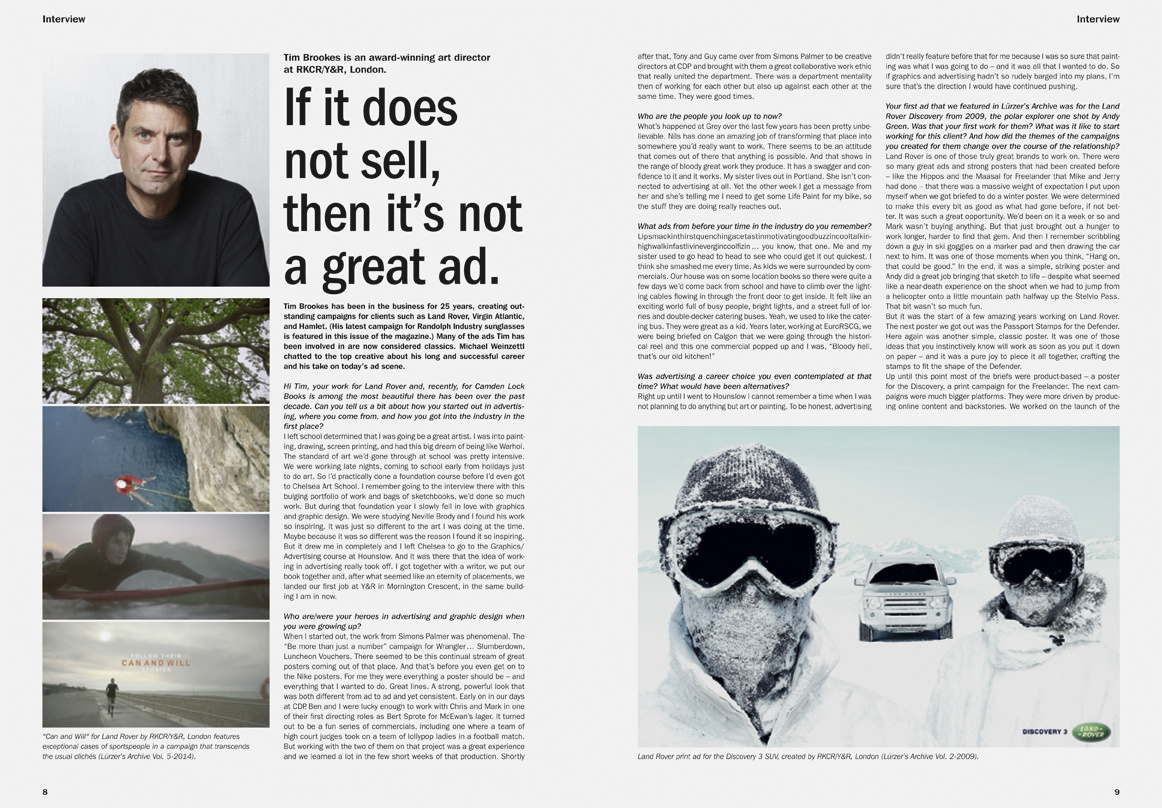 The subject of our interview in Vol. 2-2016, titled If it doesn’t sell, then it’s not a great ad, is with Tim Brookes, an award-winning art director at RKCR/Y&R, London. He has been in the business for 25 years, creating outstanding campaigns for clients such as Land Rover, Virgin Atlantic, and Hamlet. A very recent campaign of his, for Randolph Industry sunglasses, is featured in Accessories, the very first category of the new issue. Many of Tim’s ads, particularly his work for Land Rover, are now considered classics.

This time around we have put together a total of 113 print campaigns from 32 countries, 54 in Film from 14 countries, and 16 works in Digital from 6 countries. Overall, the largest number of campaigns in this issue comes from the US, namely 39 (Print: 15, Film: 18, Digital: 6). In second place we have the UK with 19 (10, 7, 2), followed by Brazil on the strength of their 19 print campaigns and a single film.

The digital selection was done for us by Daniel Barak, VP and Creative Director at Deutsch, Los Angeles. Daniel must surely be one of the youngest creatives ever to have reached such a senior position at a major player like Deutsch. Aptly, the interview with him is headlined Advertising needs to maintain all the firepower it has to attract young talents.

I hope you will enjoy and find inspiration in this issue’s pick of the most recent crop of exceptional advertising from around the world.