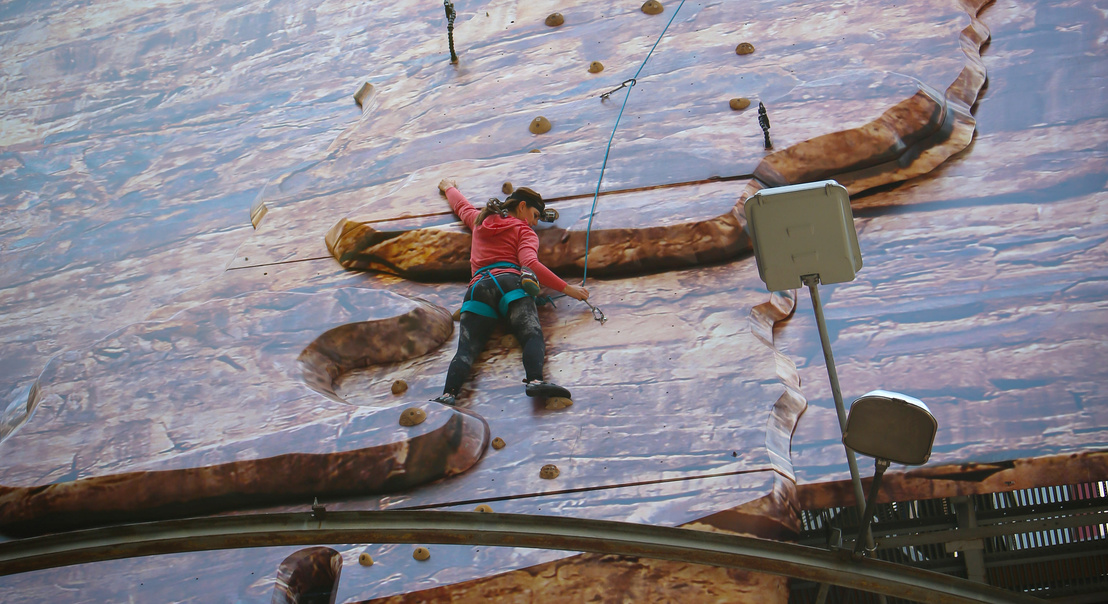 Two recent outdoor campaigns make you wonder if climbing has come into fashion in advertising.

Let’s begin with LG’s breathtaking – if not somewhat crazy – marketing stunt, which may inspire anybody who has ever dreamed of being granted superhero powers. In order to demonstrate the brand’s powerful performance in the cordless vacuum category, they had a person climb a skyscraper with the suction from a vacuum only. The stunt was performed by U.S. Extreme Rock Climbing medallist Sierra Blair-Coyle, who scaled a 140 meter-high high-rise building in Seoul Spiderman-style with nothing more than two LG CodeZero canister vacuum cleaners mounted on her back. Aided by this unique climbing device, Blair-Coyle managed to reach the roof of the 33-story office tower in less than 30 minutes, stopping only once for a fresh pair of vacuums.

Secondly, Toyota made a stir with a giant climbing wall on New York’s Time Square earlier this year. The live-action billboard, created by Saatchi & Saatchi in Los Angeles, highlighted the RAV4 Hybrid’s “How Far Will You Take It” theme, which aims to ignite the audiences’ passion for adventure. With 117 hand holds, measuring almost 30 meters of a vertical climb, it not only was the first execution of its kind on Times Square, but also the tallest outdoor climbing wall ever erected in New York City. Besides several professionals, Toyota amateur climber, Christina Fate, was put to the test after completing a rigorous 4-week training program. Watch her preparing for and finally taking the challenge...

As cutting-edge as those campaigns may appear, the climbing theme in outdoor advertising does not seem to be entirely new. Brands have used it before to get their messages across, even if those campaigns worked on a more moderate scale and did not impress so much with breathtaking stunts but more in terms of involving the audience and with this, creating a fun experience.

Take for example Ikea’s „mountain of inspiration“ from last year: In order to promote the opening of the retailer’s 30th store in France, an apartment equipped with Ikea brand furniture was turned sideways and build into a 9 meters high and 10 meters wide climbing wall in the city of Clermont. Harnessed by safety ropes, everybody who felt fit enough to scale the wall – installed by event agency Ubi Bene – could climb between sofas, beds, dressers, chairs and accessories to reach the top. The campaign’s strapline „Ikea, une montagne d’inspiration“ (“Ikea, a mountain of inspiration”) cleverly connects with the brand’s position. 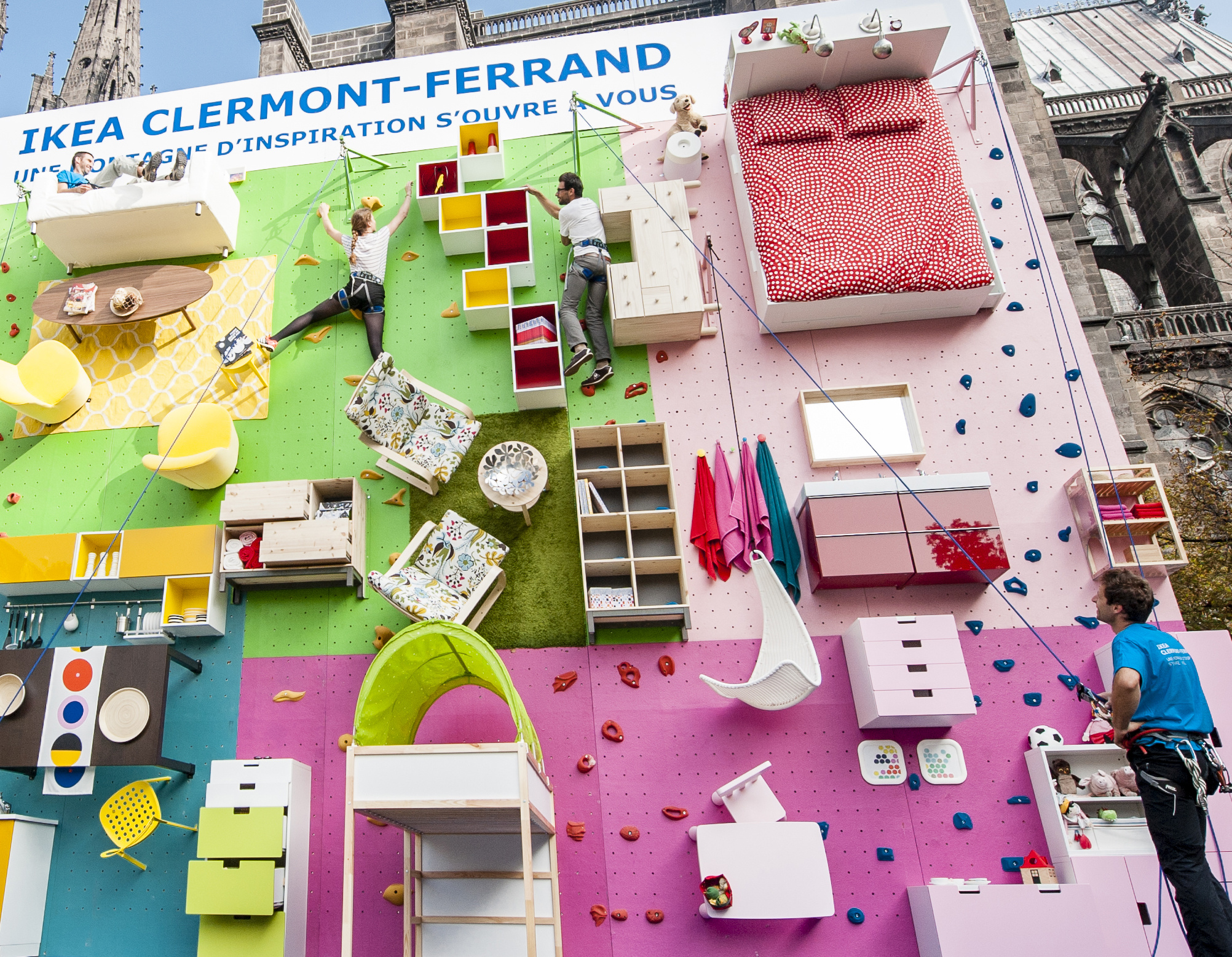 Also open to the public were Powerade’s „Workout Billboards“ – created by Ogilvy Berlin and dating from 2015 as well – which resembled exercise installations more than traditional advertisements. Besides other training machines (such as a punching bag), passers-by could prove their physical skills on a scrolling climbing wall – and satisfy their thirst with the electrolyte drink afterwards.

If this climbing theme in future campaigns will continue remains to be seen – we are definitely curious what comes next. 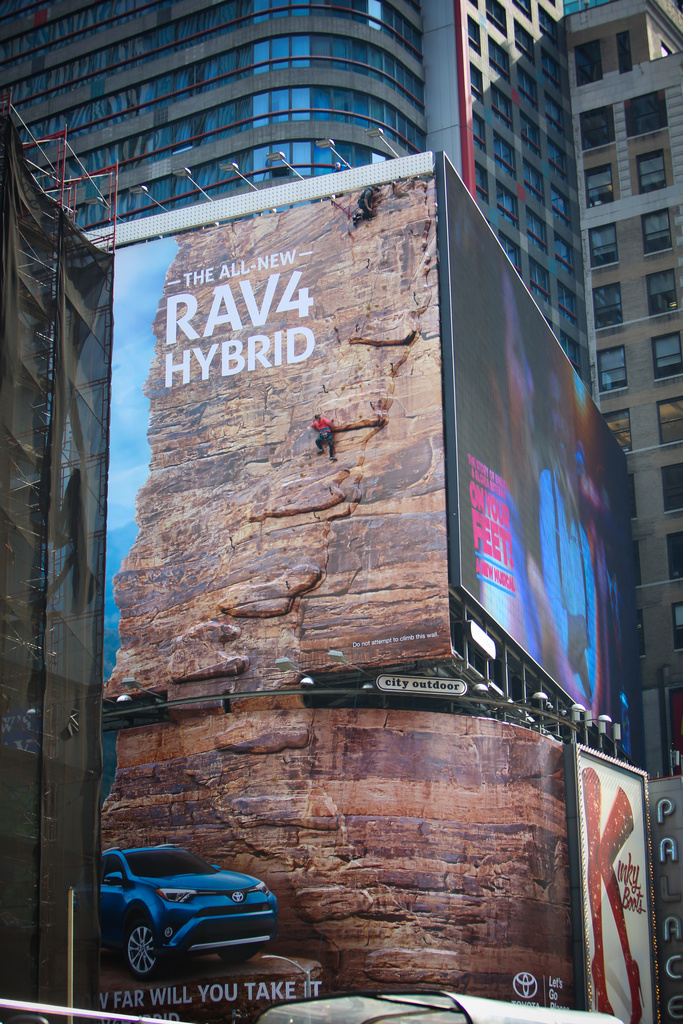 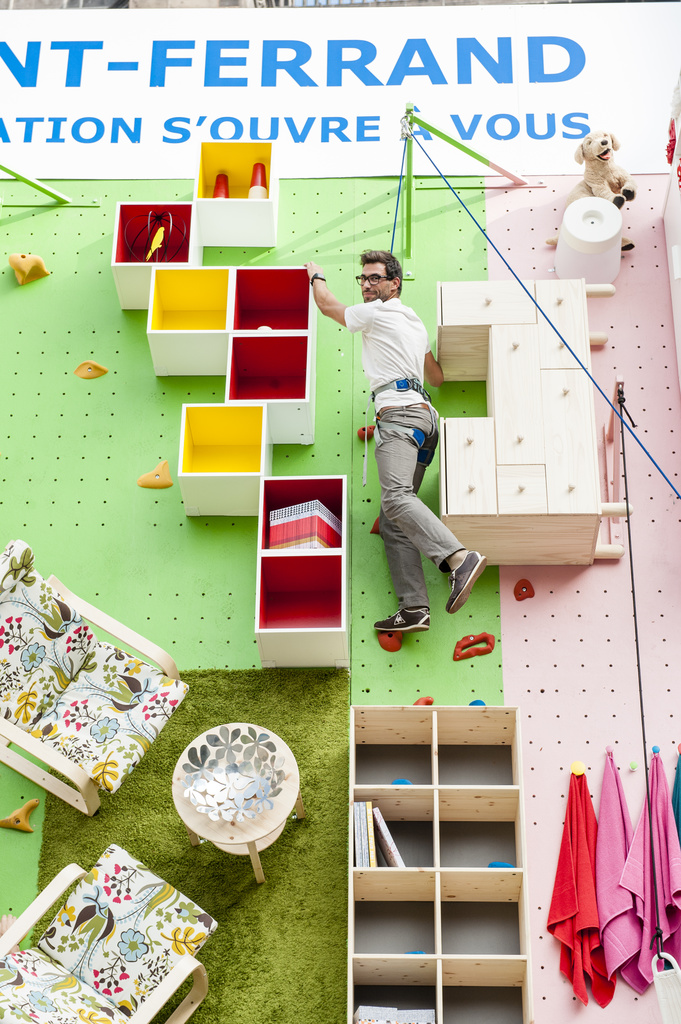