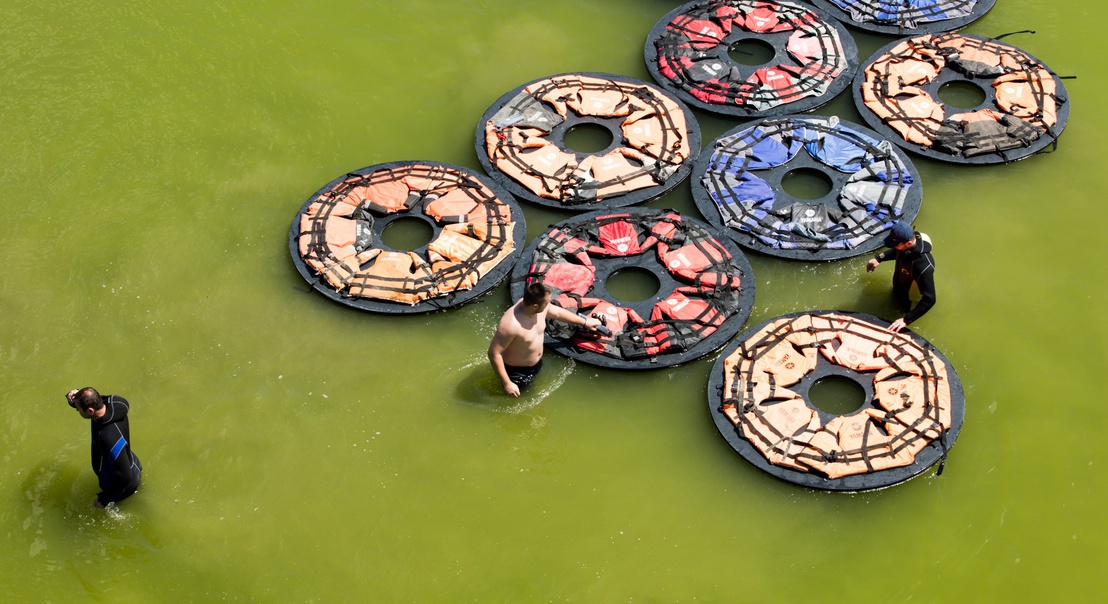 Some may say that Vienna is not a hotspot when it comes to art exhibitions that get lots of international attention. Still, it seemed interesting enough to Chinese-born, international artist Ai WeiWei whose current exhibition, "translociation-transfomation", can be seen in Vienna at the Belvedere from July 14 to November 16, 2016. It shows all sorts of installation artwork all  of which pretty much focuses on the main theme of migration and banishment.

The refugee issue is a hot topic. Apart from its constant presence in daily news it also made it to Cannes Lions this year. Just a few weeks ago, our editor-in-chief, Michael Weinzettl, wrote in his blog about the fake app submitted by Grey, Singapore, that claimed to track shipwrecked refugees out on the ocean. Ai Weiwei himself has a strong relation to the refugee theme as he and his family had to live in exile for some years, due to their political and artistic views. In his home country China Weiwei was under house arrest, which made him feel like a hermit or an outsider from his own culture.

One part of his exhibition includes some fragile paperwork and can be seen in the entry hall of the Oberes Belvedere. It shows some sort of mythical creature, put together from fish, ox and snake. There are some more installations on the other side of the street, in the exhibition halls of  "21er Haus". The main piece is of course is the outdoor installation that can be seen in the pond at the back of the Oberes Belvedere. What at first appears to be Lotus flowers is – from the bird’s eye view – the letter “F” which has been assembled from  life vests. (F stands for the German word for refugee, "Flüchtling".)

It clearly addresses the issue of all the refugees who have drowned in the Mediterranean European borders over the last years. The installation called "F Lotus" will be surrounded by sculptures of animal heads around the pond. 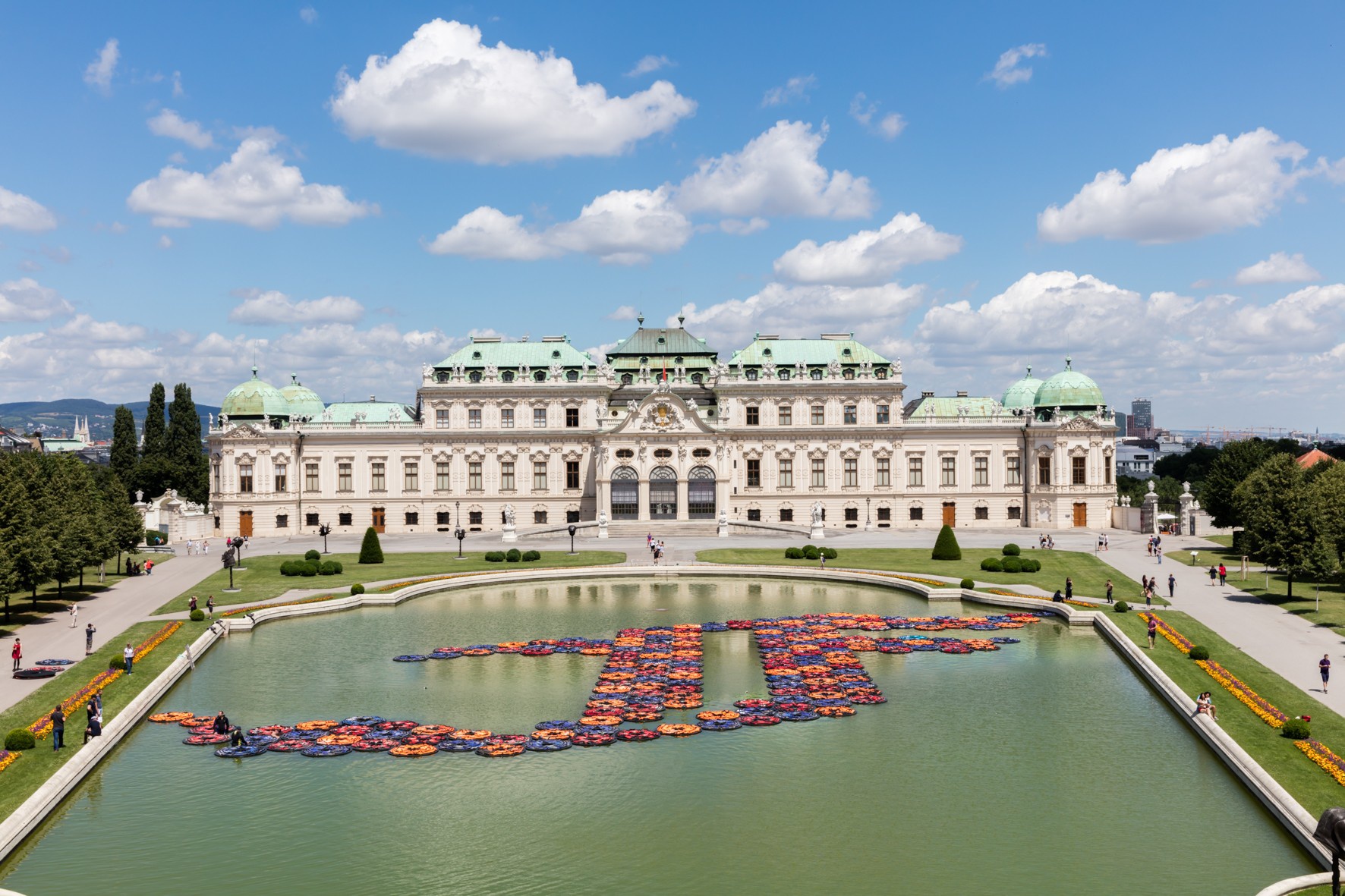 In the following, you will find some images of "F Lotus" as well as other installations on view at the Belvedere. 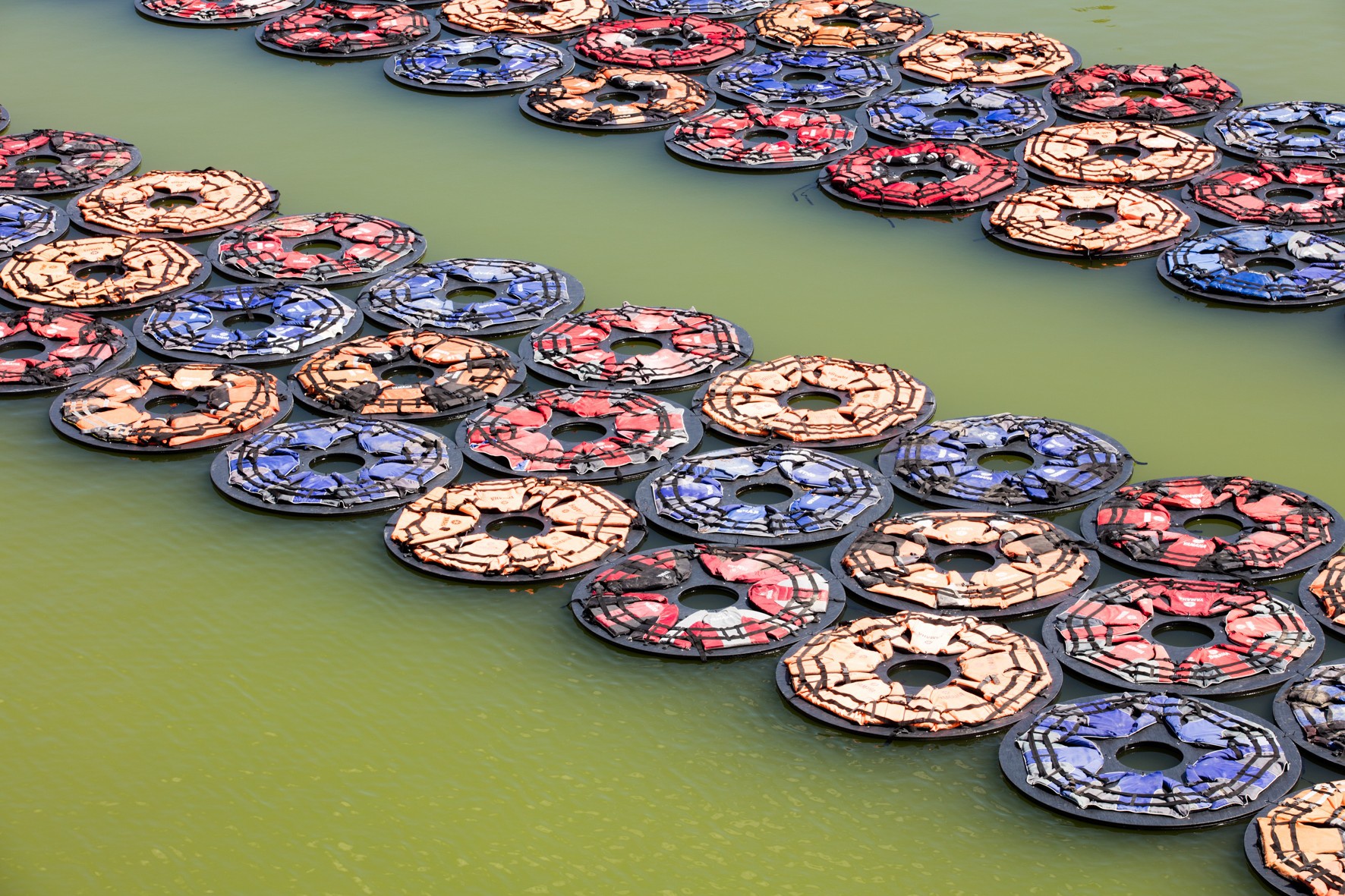 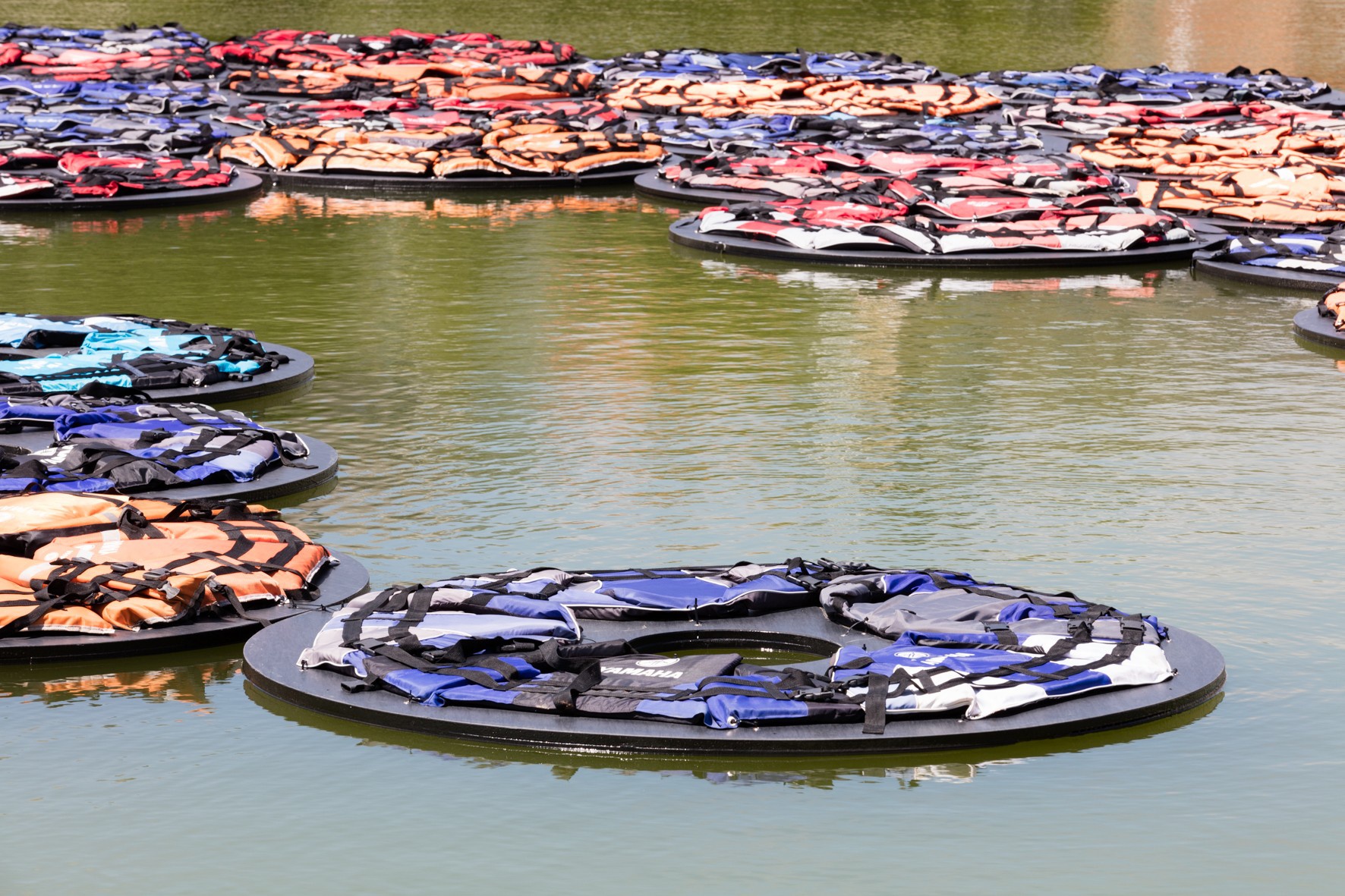 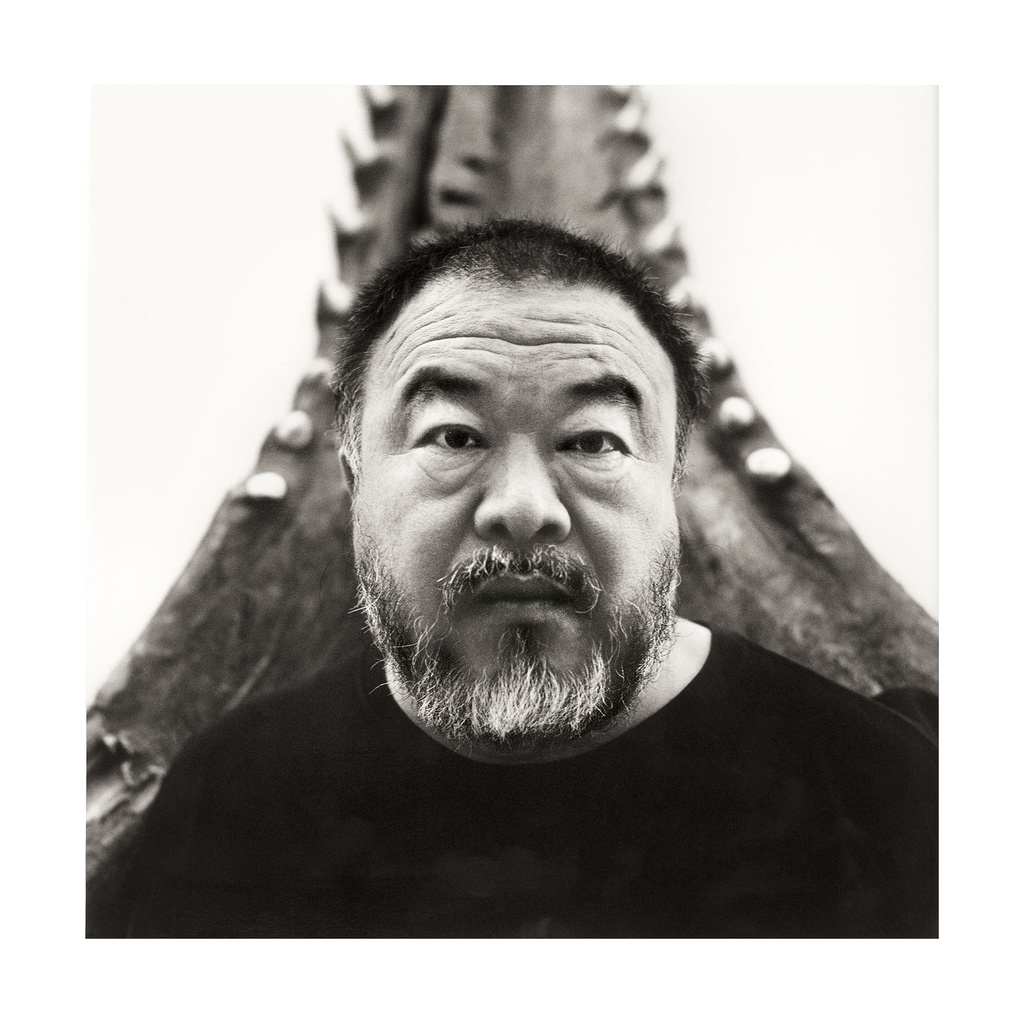 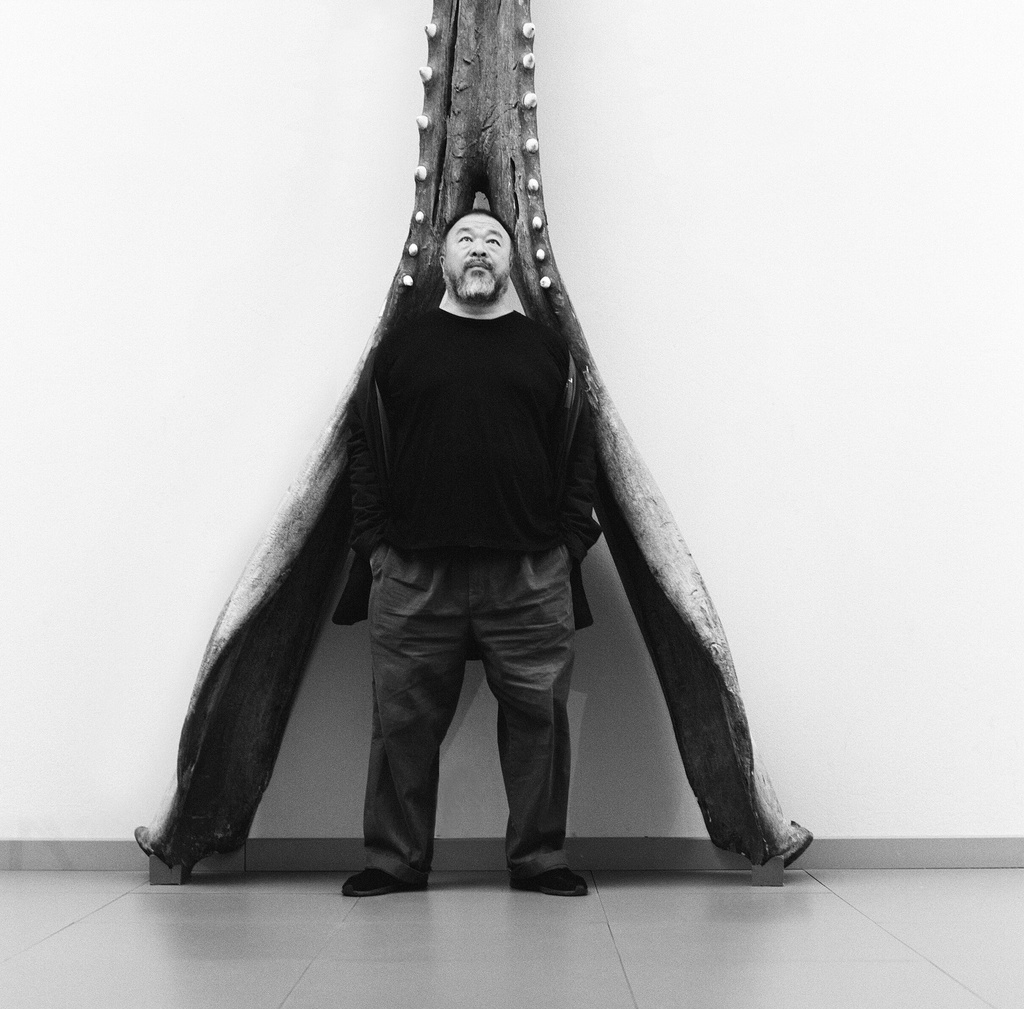 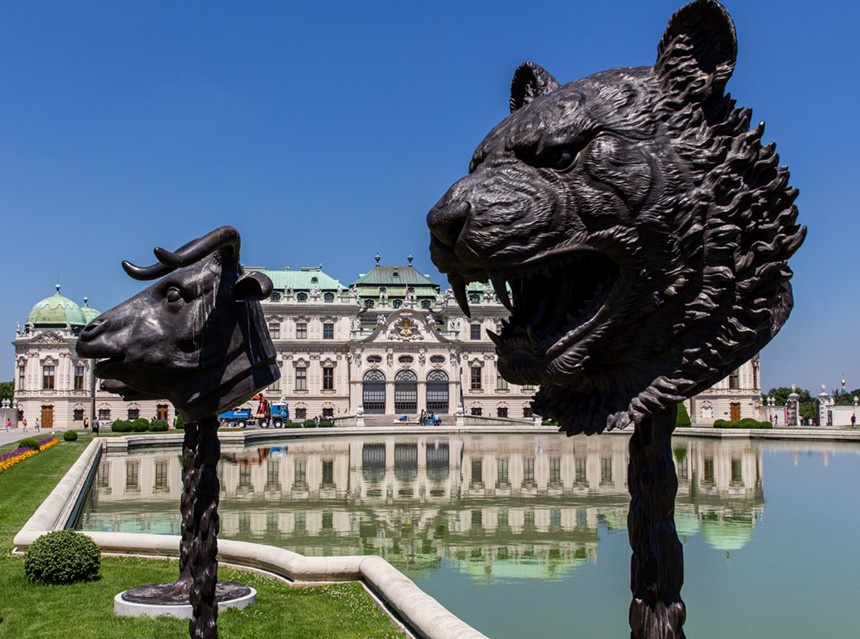 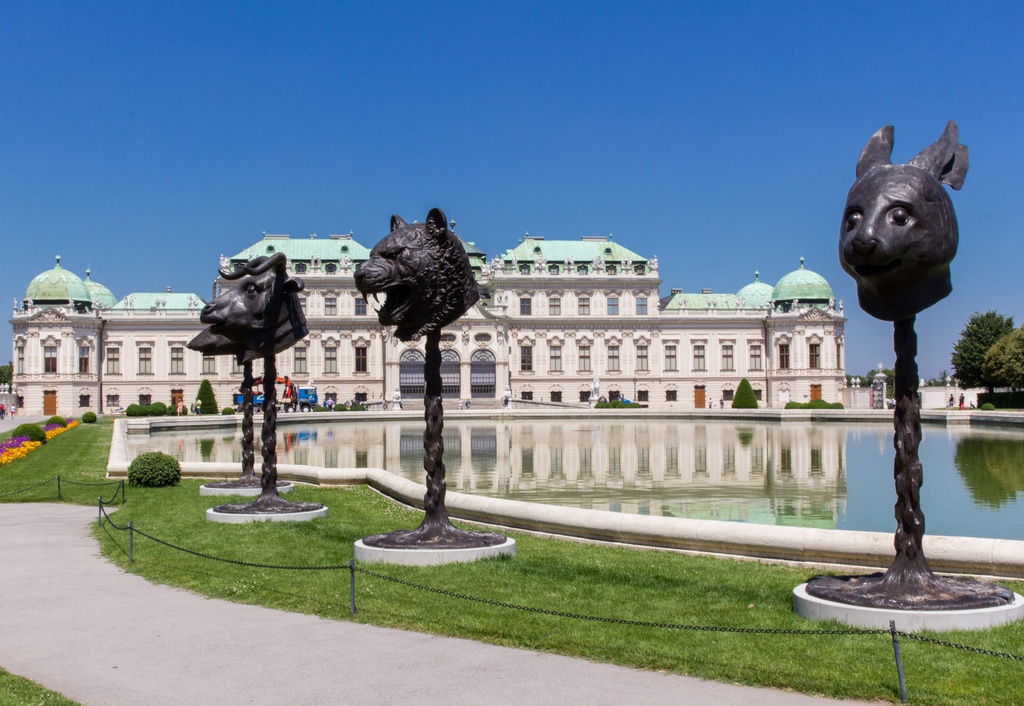 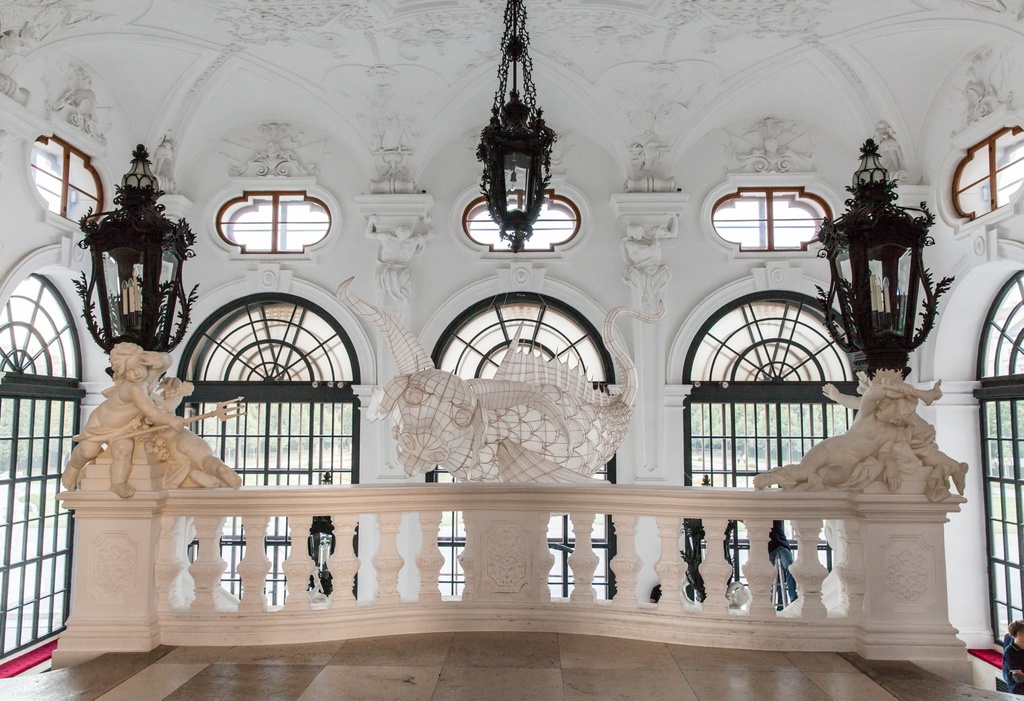 "Creature" in the entry hall of Oberes Belvedere. 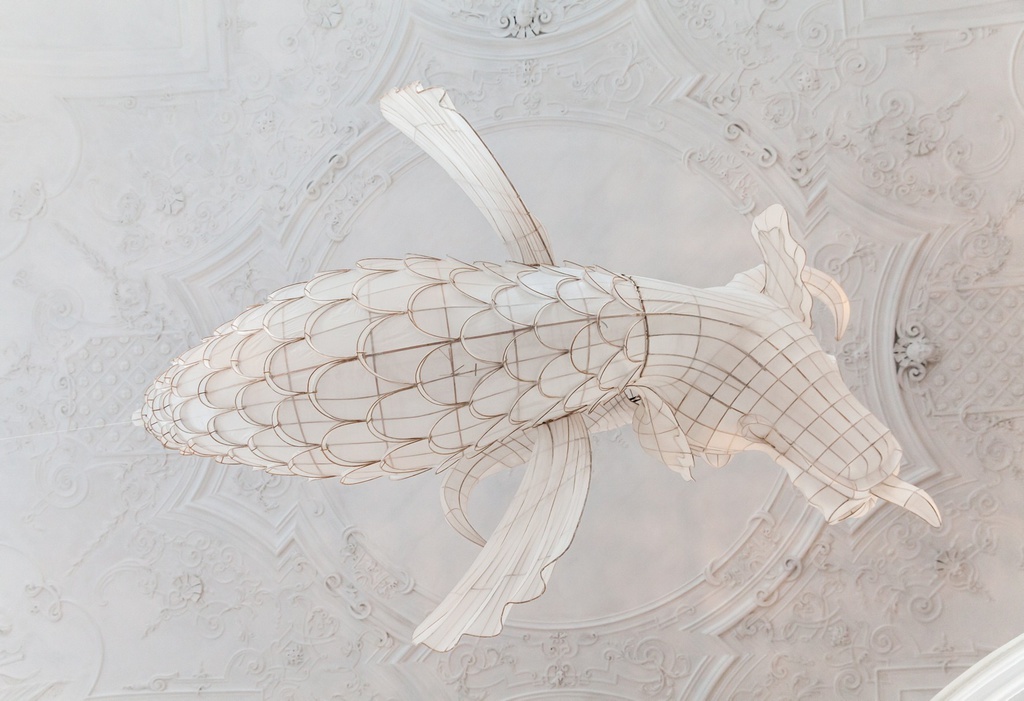