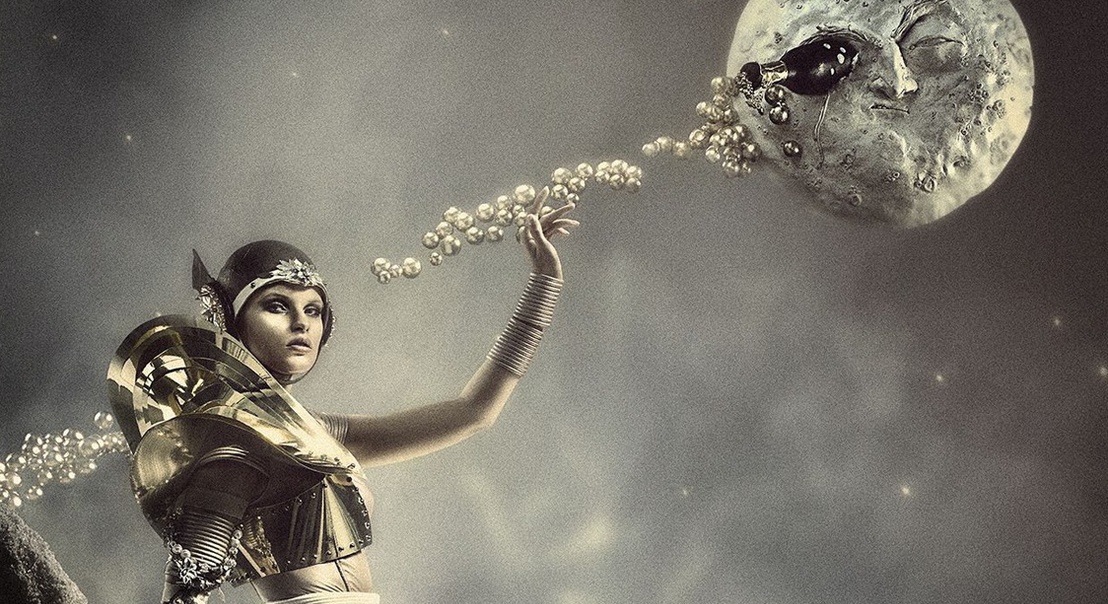 An overview of 11 years' of work that won Lürzer's Archive Student of the Year Award.

You still have a couple more weeks to vote for your favourite among the work nominated for the 2016 Student of the Year award. To select the students’ work you think most deserving of the award go to http://www.luerzersarchive.com/en/students.html. You can click on every one of the nominated works and respond to the question "Think this is the winner?" with YES or NO. Happy voting!

In the meantime, I thought I'd show you all the work that has won the award since we first started with this scheme 11 years ago. We also caught up with some of the winners to find out what they're doing now.

The biggest success story is without a doubt that of our very first winner, Menno Kluin. After finishing his studies at Miami Ad School, the native Dutchman went to New York where he got a job as an art director at Saatchi & Saatchi (working under no less than Tony Granger). His next job was Head of Art/Creative Director at Y&R, New York. In 2011 he went to DDB, New York where he became ECD. In 2014 he moved on to his current position as ECD at Deutsch, New York. He's won lots of ad awards, including the Lions at Cannes and his work as a professional has been featured in the pages of Archive a total of 59 times (50 print campaigns, 9 commercials).

The next year's winner was Daniel Jacob of Miami Ad School/ESPM, São Paulo. His ad for Walita brand mixers demonstrated the product's “super-resistant jar” by using one to cover pigs, protecting them from a hungry and visibly frustrated wolf. He's been working as a designer for the DC3 agency in São Paulo for many years now.

Winners of the 2007 award were Joseph Cardamone as art director and Stephanie Thompson as copywriter for their Pledge Multi-Surface ad. They were at the time students of Syracuse University – College of Visual & Performing Arts in Syracuse, New York. Joseph said goodbye to advertising for a couple of years after moving to Arizona where he worked as a chef. He then trained as an interior designer, which is what he does today at Chimera Design, Scottdale Arizona.

2008 the award went to a duo of students of the Chicago Portfolio School, Kimberly Baff and Allison Baxley, for their work on Montblanc pens. “Since the student contest, my copywriting career has taken me to agencies across the US and Europe including GSD&M, McCann, Goodbye Silverstein & Partners and AKQA,” Kimberly told us. “I recently accepted my current position at AKQA, Amsterdam, where I lead creative work as ACD on EA and Tommy Hilfiger." Allison has worked full-time and freelance across New York City at agencies like T3, Berlin Cameron, Devito/Verdi, DDB, Razorfish, co, and MCD and recently partnered with a start-up to create a social media network including a website and mobile app that will be launching this year.

2009 saw another creative duo from Miami Ad School in Hamburg win the Student of the Year award: David Aronson and Juri Zaech Their winning Kodak ad said: “You don’t have to understand much to take great pictures.” After graduating the two wound up in Paris. “We were hired directly out of school and worked at Ogilvy, Paris for three and a half years. Then we went to BETC, where we worked on brands such as Peugeot, French lottery (Loto), and Canal+, just to name a few.” As of today, Juri Zaech is still at BETC, Paris, albeit as Senior Art Director. David Aronson told us that he „ ... actually just moved back to Sweden this year and works at Acne as a senior copywriter. It's a small upcoming agency (compared to BETC). A lot of things are happening here so we will see where it leads. Here at Acne we have clients such as Ikea (International projects), Max Hamburgers (Swedish burger chain), and Spotify.“

The winners of the 2010 award were  – yet again – students of the Miami Ad School Europe and won with their Wüsthof knives ad. Today Samuel is an art director at Leagas Delaney, Hamburg while his copywriting partner, Oddbjörn moved to London a few years ago to work for the SapientNitro agency after having worked on Volkswagen at Grabarz und Partner, Hamburg. In May 2013 he became a copywriter at OgilvyOne in London.

The winners of the 2011 award Zoe Sys Vogelius and Thomas Ilum also wound up in the British capital. It was a brilliant idea and implementation of an ad for FedEx that earned them the title. For a while they were both creatives at McCann Erickson where Thomas got promoted to Interactive Creative Director. In 2015 he moved back to their native Denmark where he's now a Creative Director at Uncle Grey, Copenhagen while Zoe told us that she's currently working at Wieden+Kennedy in London. She's just come back "from two years traveling, teaching yoga and doing freelance design and advertising jobs. Before that I was also at Wieden+Kennedy working mainly on global campaigns for Arla.”

2013 saw Bruno Rocha and Victor Malaguti from Miami Ad School, São Paulo win the coveted trophy for their Red Cross campaign. Bruno first got a job as art director at AlmapBBDO, arguably Brazil’s best agency, then, about a year ago moved to Momentum, also in São Paulo. Victor had quite a story to tell when I asked what he was doing now: “I started to work at Young & Rubicam here in São Paulo. At the time I was living in Rio de Janeiro, and then given the opportunity to start my career as a Junior Copywriter, I moved to São Paulo. It was a great learning experience. At the same time I graduated from Miami Ad School. Everything was good, but I wanted to go abroad to experience new things so I went to Miami. I spent some time over there, but I didn't get the visa I needed. I had to come back to Brazil, in the middle of the crisis and I started to work at Uber. This is what I'm doing so far until I find another agency job. If anyone wants to hire me, LinkedIn messages are always welcome.” Isn’t it crazy that a talented guy as Victor has to drive a taxi when no doubt he could be such an asset to Brazil’s creative advertising? Someone get the guy the job he deserves!

In 2014 we gave the Lürzer's Archive Student of the Year award to an ad for Band-Aid by Rogerio De Castro and Pedro Rosas. Again, the school was Miami Ad School, São Paulo, and the ad itself should become the subject of an Editor's Blog again in 2016. It was titled "Copy that?" and I wrote it when DM9DDB, São Paulo came up with (and submitted to Archive) a campaign for the same brand that bore a striking resemblance to the award-winning student work. The two guys responsible for the 2014 award have meanwhile gotten jobs in major agencies in São Paulo. Pedro, the coypwriter of the team, got four of his campaigns into the Shortlists in Cannes in 2015, was featured with three campaigns in Lürzer's Archive magazine and produced the only work form Brazil selected by the One Show Interactive 2016. Today he works in São Paulo as Copywriter at the Neogama agency, which is part of the Publicis Group. Rogerio De Castro, the art director of the winning piece, has worked at Lew'Lara\TBWA and is now gainfully employed at FCB Brazil.

As for the winners of last year's Student of the Year award, an ad for The Container Store by Mats Wilke and Irina Siraeva, from the School of Visual Arts in New York. Mats sent us the following update: "I currently work as a copywriter at J. Walter Thompson in Amsterdam. The agency that won 17 Lions last Cannes for the Next Rembrandt project, so that's really cool. I don't have a lot of contact with Irina but we chat sometimes. I know that she left her job at BBDO, New York and is now freelancing as an art director in New York City.“ 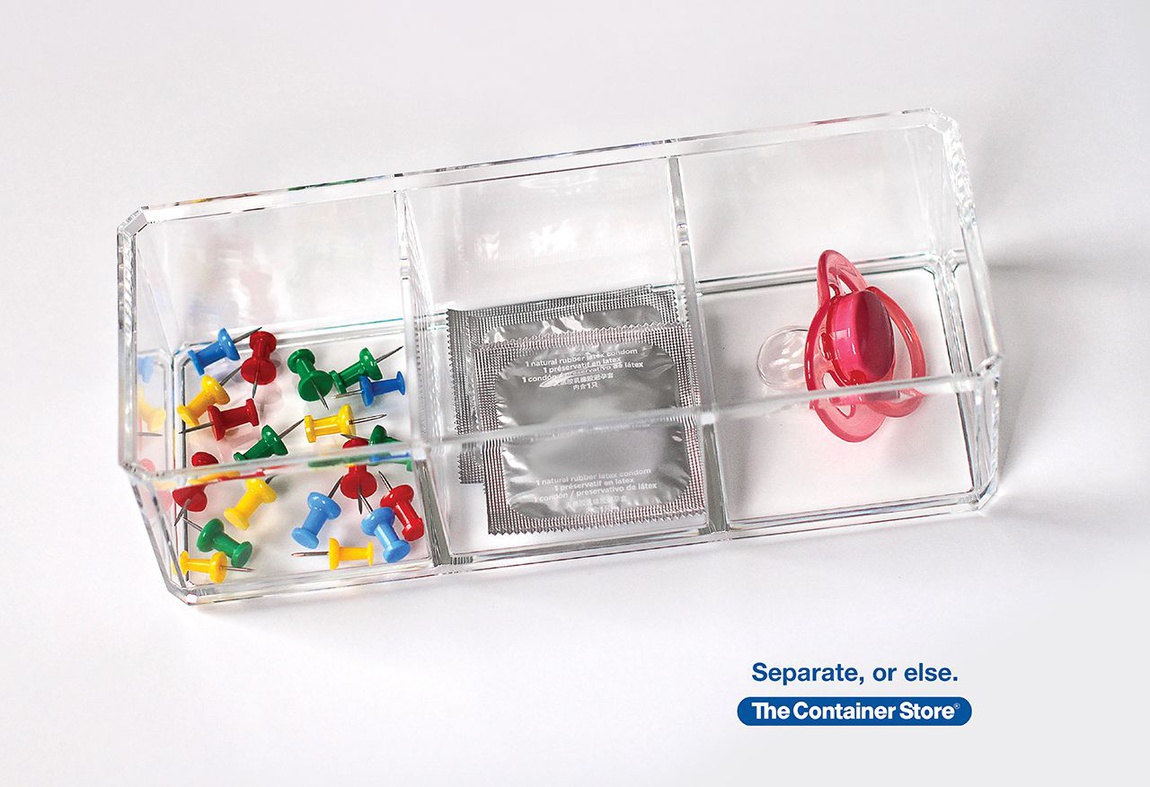 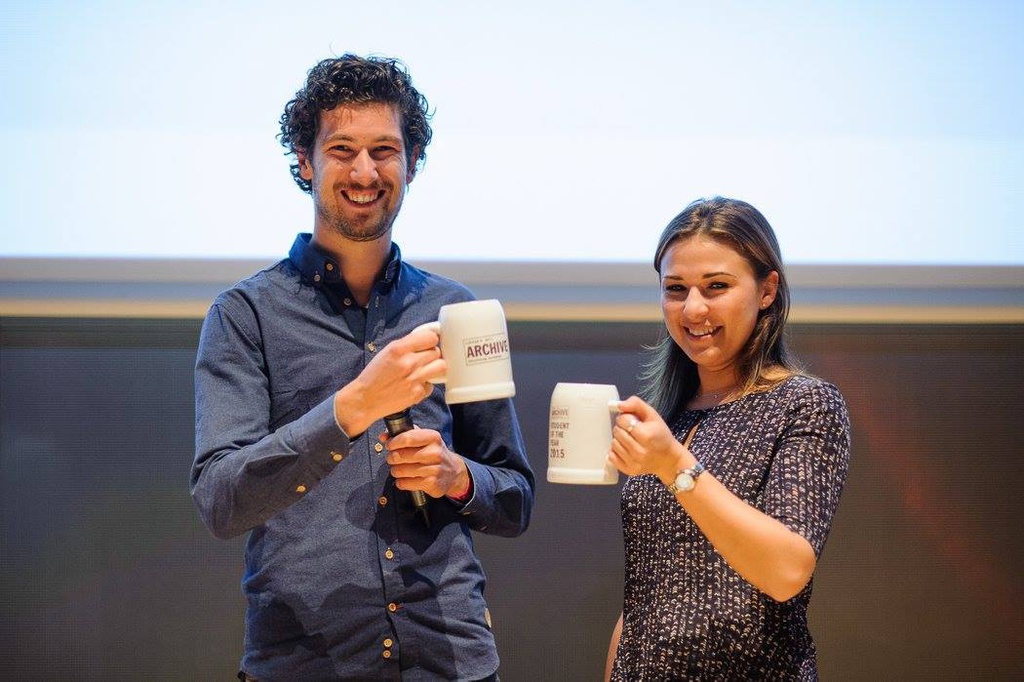 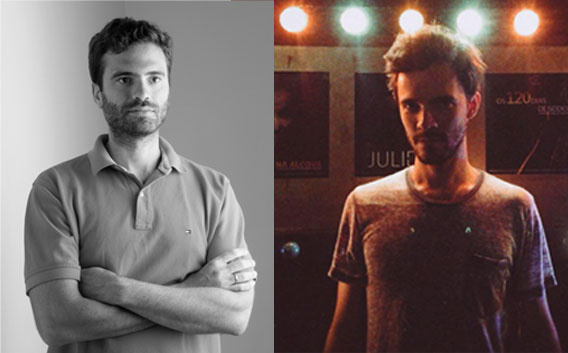 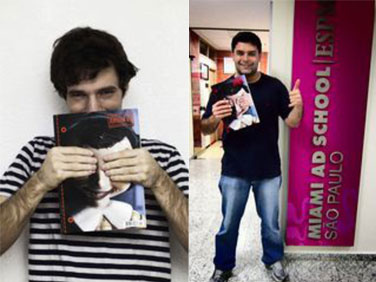 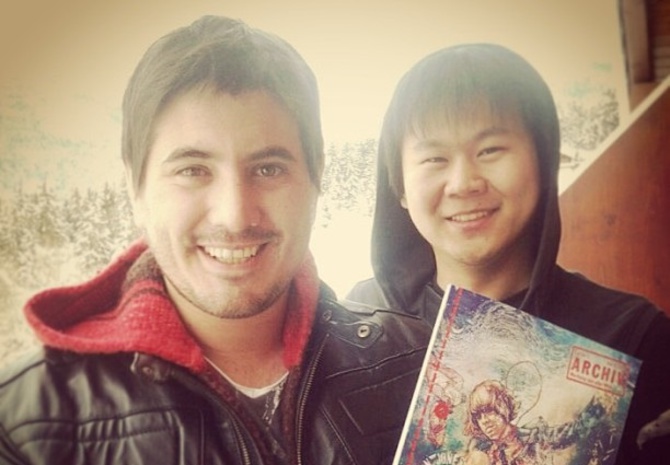 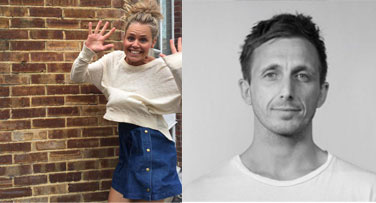 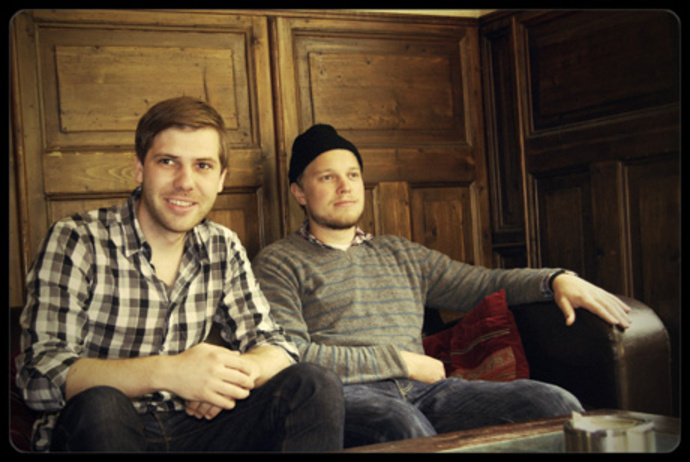 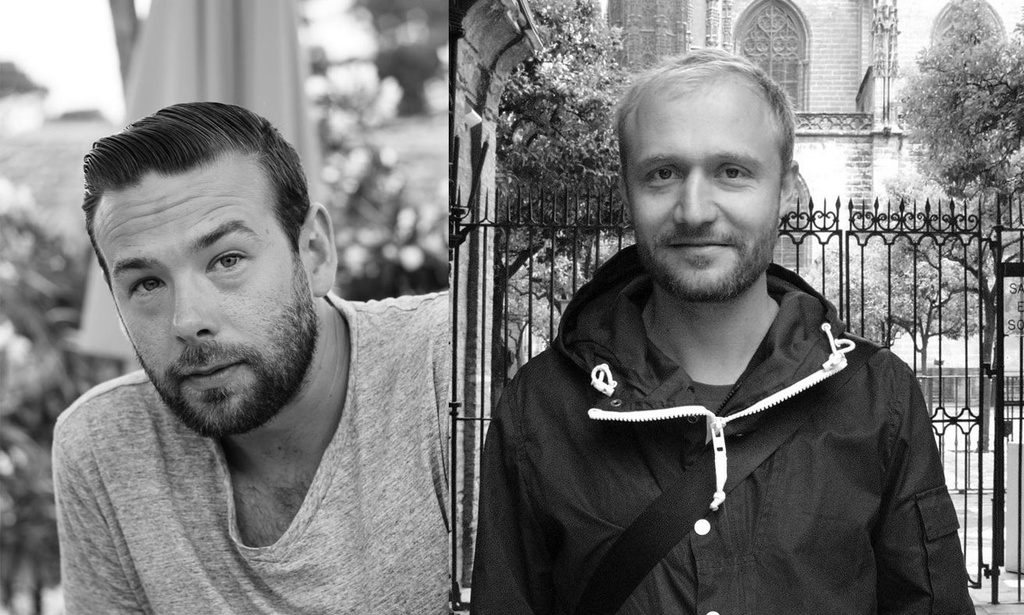 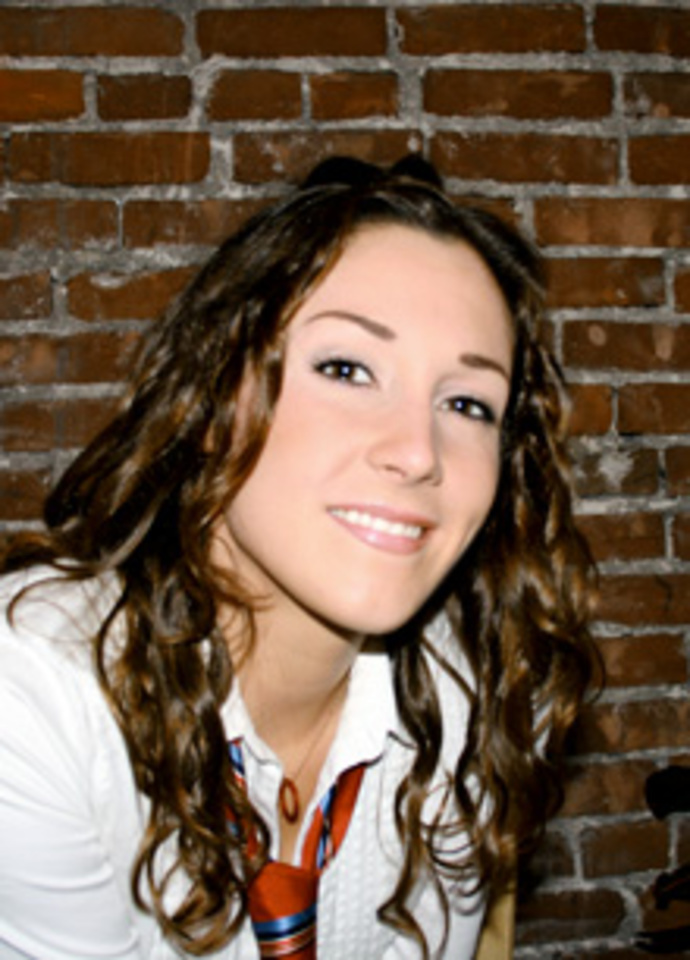 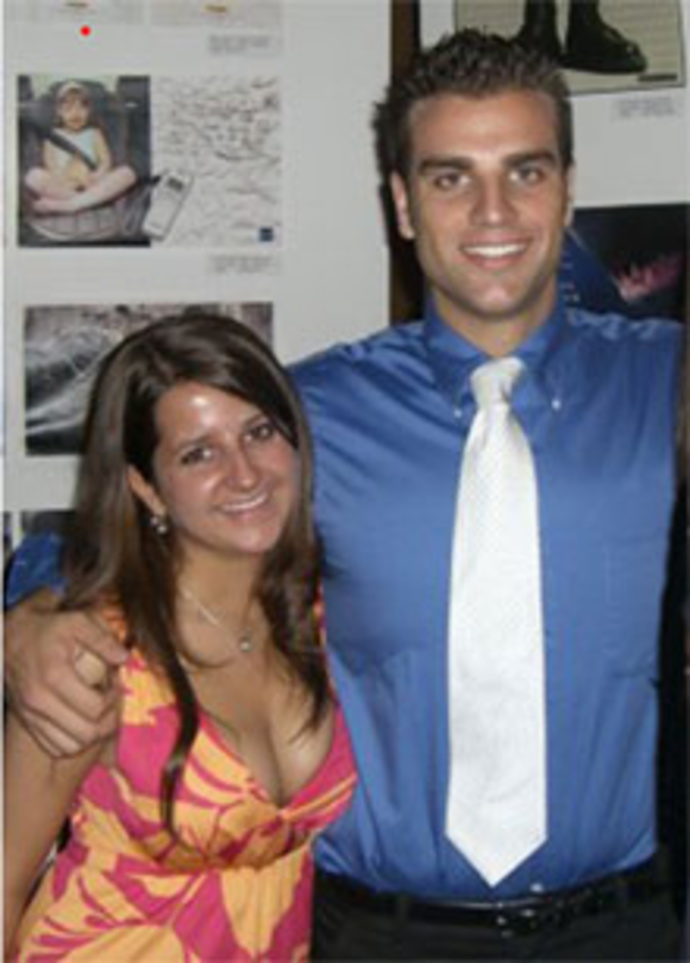 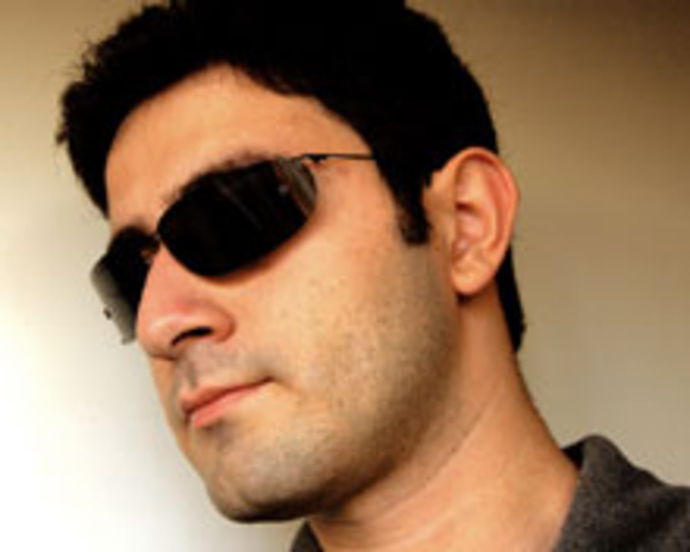 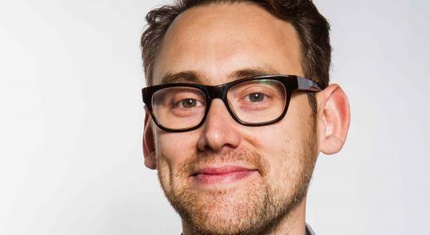 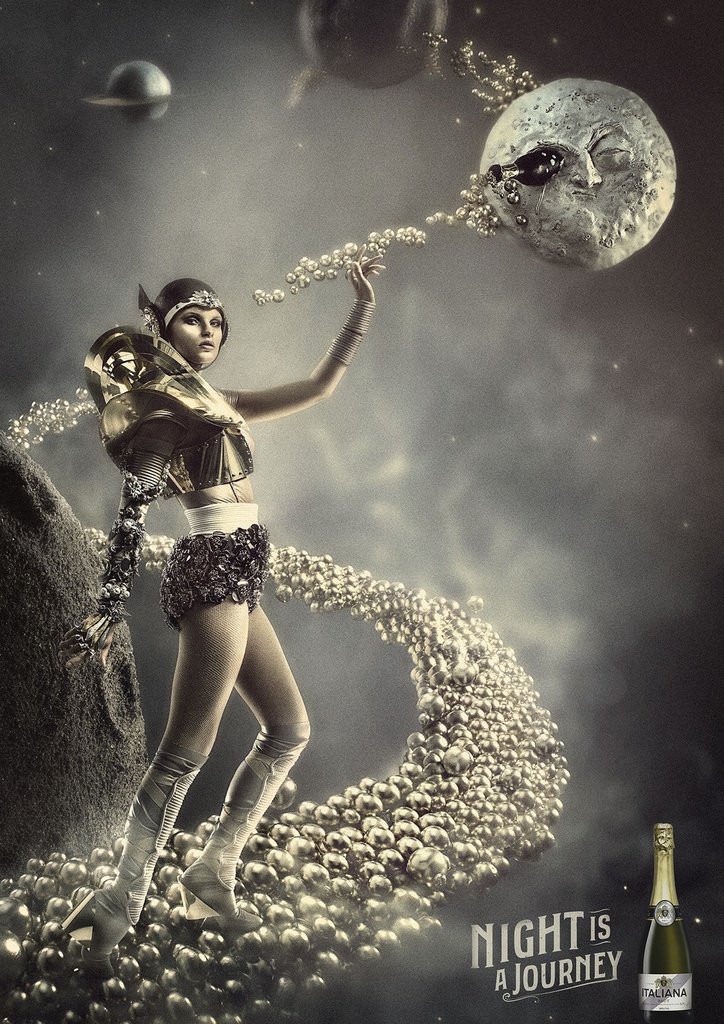