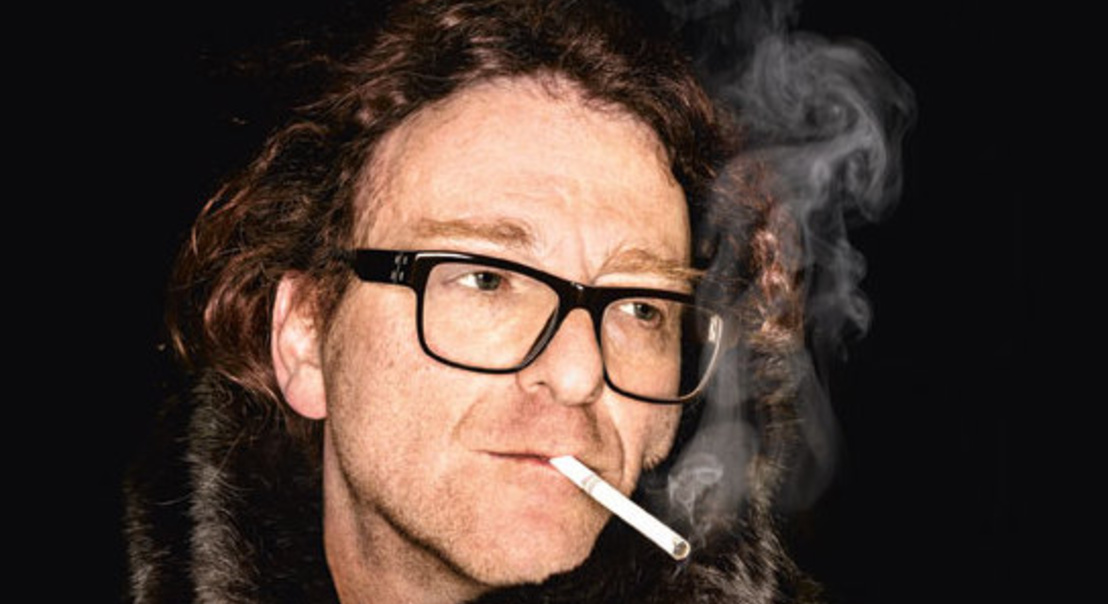 Michael Weinzettl says farewell to one of Germany's most extraordinary photographers.

I was saddened to hear on August 13, that photographer Daniel Josefsohn had passed away. He was just 54 and leaves behind his girlfriend, Karin Müller, and their 6-year-old son. One of Germany’s leading photographers, Daniel Josefsohn was also – from 2010 to 2012 – Creative  Director of Berlin’s renowned  Volksbühne theatre. The son of Romanian and Hungarian jews, who immigrated to post-WWII Germany, originally hailed from Hamburg where his father owned a famous night club/discoteque. In the 1980s Daniel became a passionate professional skateboarder just as a decade later he should become a passionate photographer. "My skateboard used to be the extension of my legs, just as the camera became the extension of my arm," he once said in an interview.

He shot  to national fame with his highly-acclaimed and instantly-iconic  series of posters for MTV (featured in Lürzer’s Archive Vol. 1-1995), one of the few ad campaigns which became part of the collective memory of urban life in mid-1990s West Germany. Daniel’s posters for the Schaubühne, for the Jewish Film Festival in Berlin, as well as some other clients regularly featured in Lürzer's Archive magazine.

I first met him in 2000, I had just moved to Berlin, when a UK magazine commissioned him to take a portrait shot of me to accompany a text I’d written for them. I was instantly captivated by his charm and energy and the palpable creativity he exhibited. We continued to keep in touch by phone until about half a year ago when I last spoke to him. His crazy provocative spirit that came through always fascinated and occasionally embarrassed me – well, at least made my blood pressure rise – when for instance, from time to time, he would return to his proposal of photographing me wearing nothing but the kind of boots worn by Hitler's SS. (For one photograph he climbed up onto the roof of all Wagner fans' holy grail, the Festspielhaus in Bayreuth, hugging its characteristic spire and commenting: "A jew on Hitler's pecker is just about that last thing the management of the Wagner festival had in mind.")

In November of 2012, Josefsohn suffered a stroke that left him hemiplegic but this did little to diminish his creative drive or highly original vision. In 2013, ZEIT magazine invited him to document his struggle in a year-long series. The original column ran under the title “Am Leben” – “Alive: a celebration of survival buoyed by humor, devotion, and an unconditional love of life” – and turned out to be a courageous experiment in self-examination. Josefsohn, refusing to accept his life as “stuck in place,” co-operated with Karin Müller, who put his observations into words. The book that was the result of this was published by Distanz Verlag and called "Fuck Yes": the collected columns (in German and English) from ZEIT Magazine as well as a selection of Josefsohn’s photographs (recent as well as from decades past, some of them featuring himself, e.g. cozying up to Berlin’s former mayor Klaus Wowereit, or posing next to Monika Lewinski, his self-proclaimed “closest contact to real power”). All of them were accompanied by diary-like notes that blend episodes from his current “diminished existence with recollections of his past life of freewheeling libertinage."

RIP Daniel, I'm going to miss your phone calls and we'll all be sorely missing your extraordinary talent and vision. 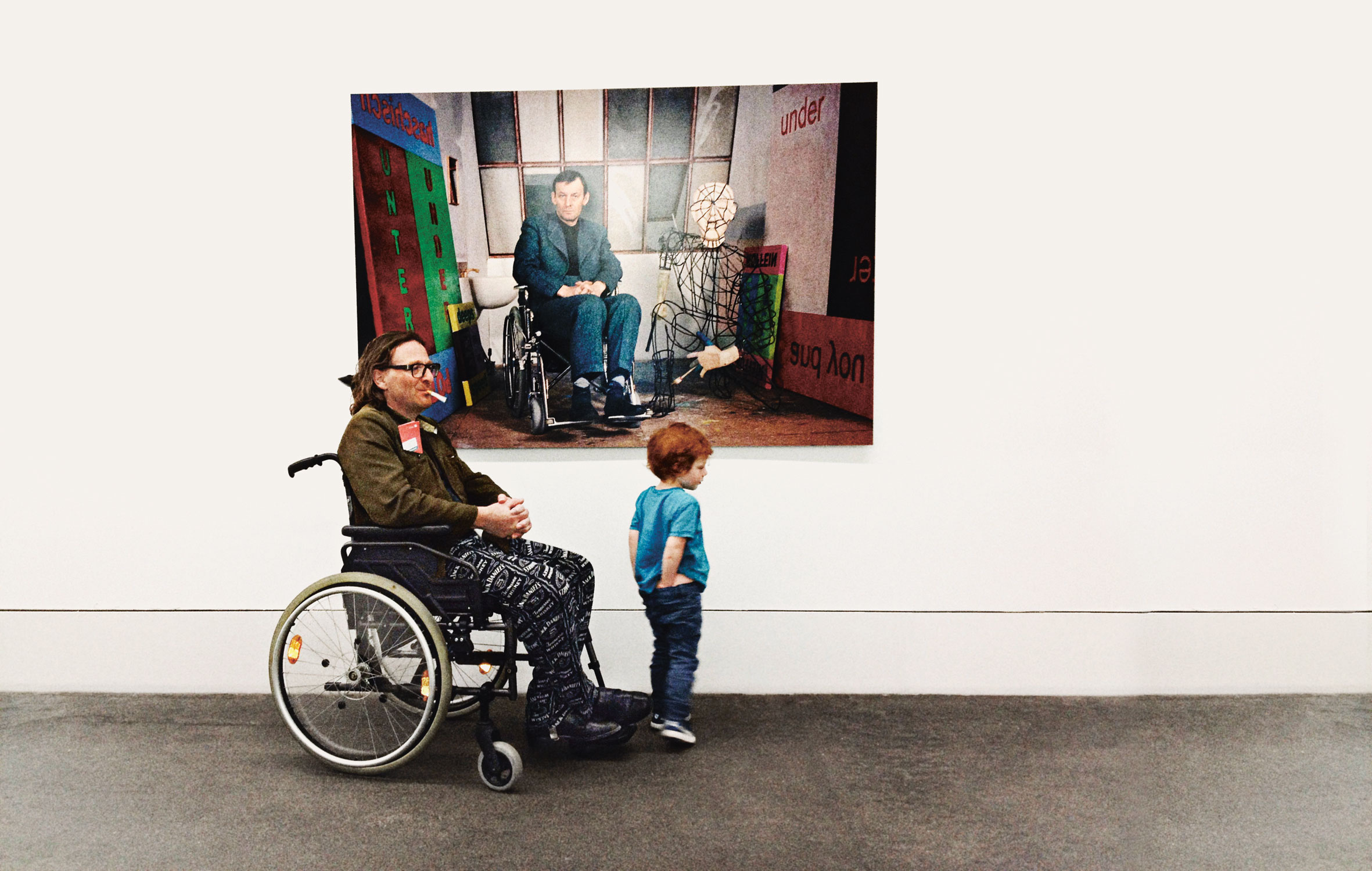 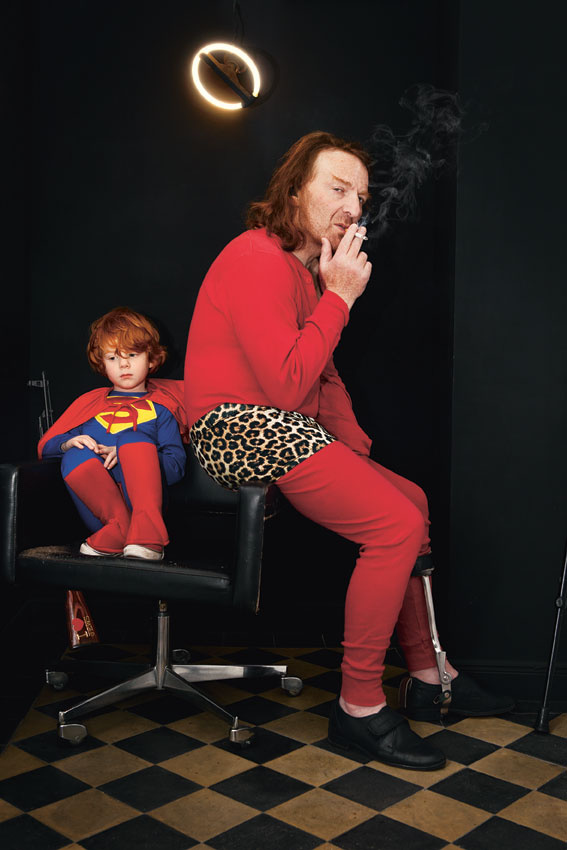 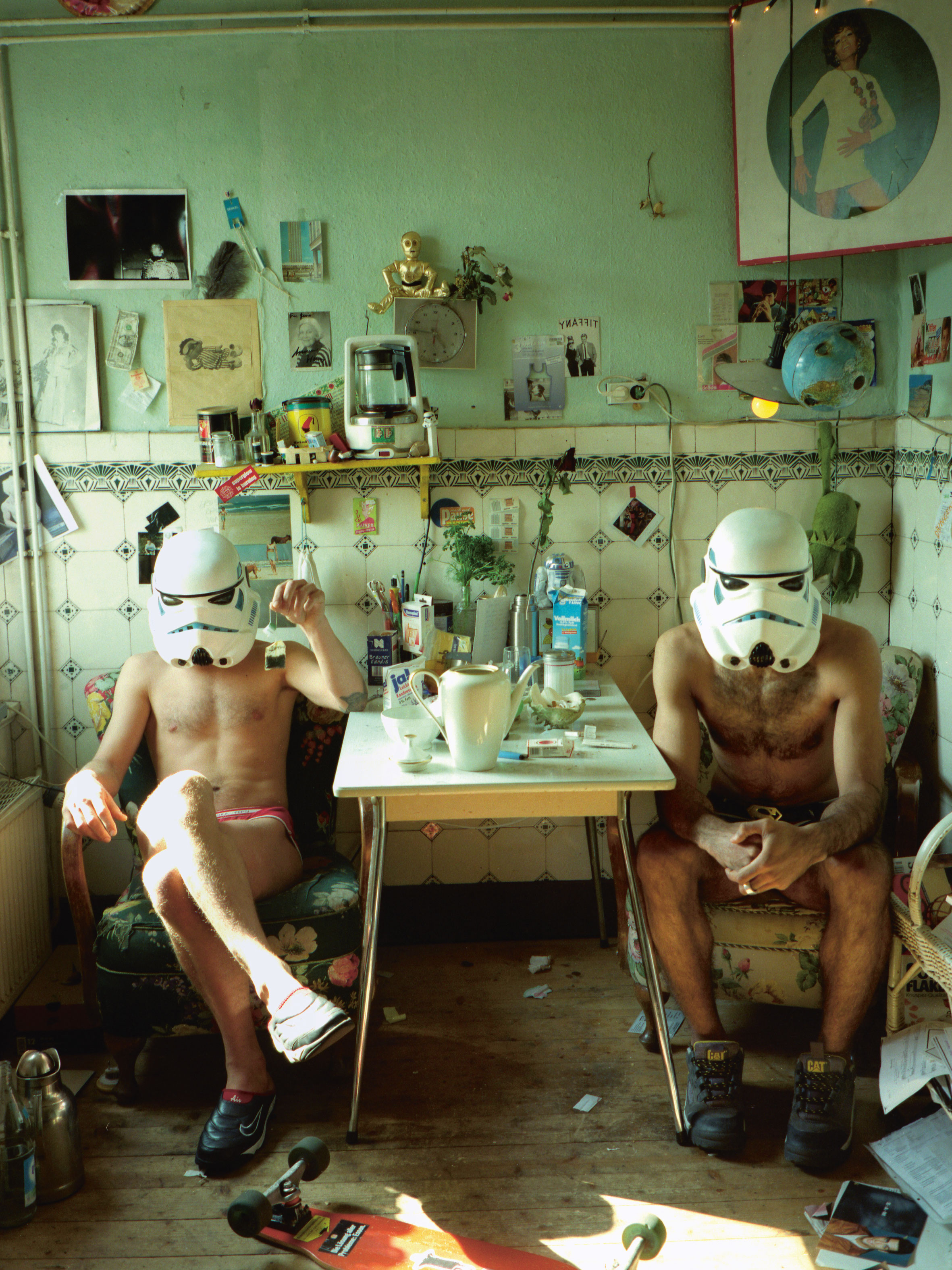 The three images shown above are taken from "Fuck Yes," published by Distanz Verlag. 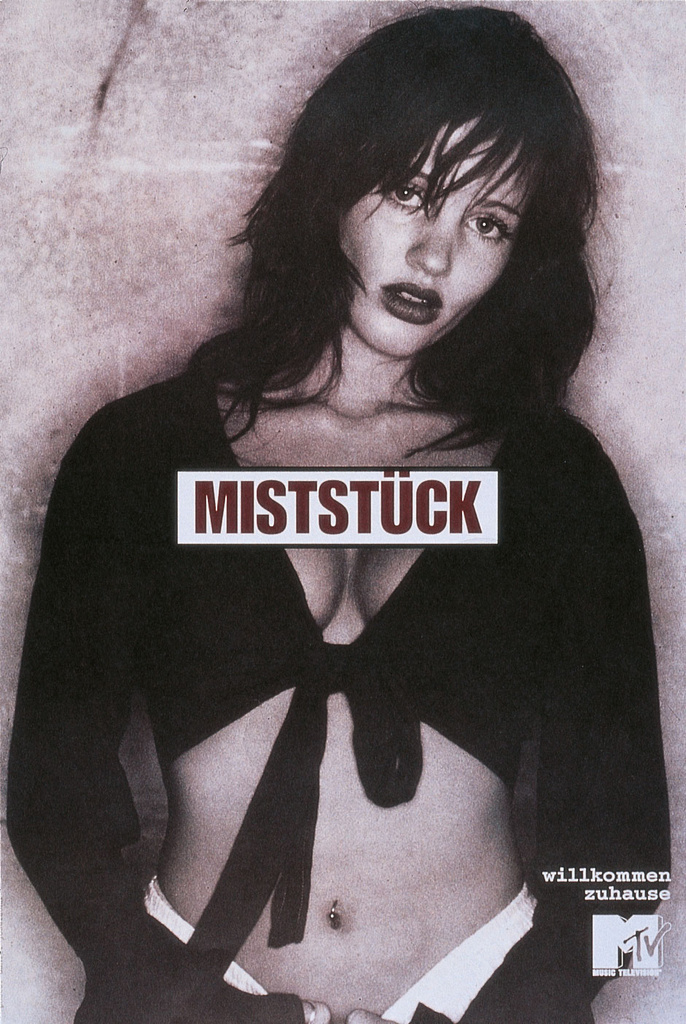 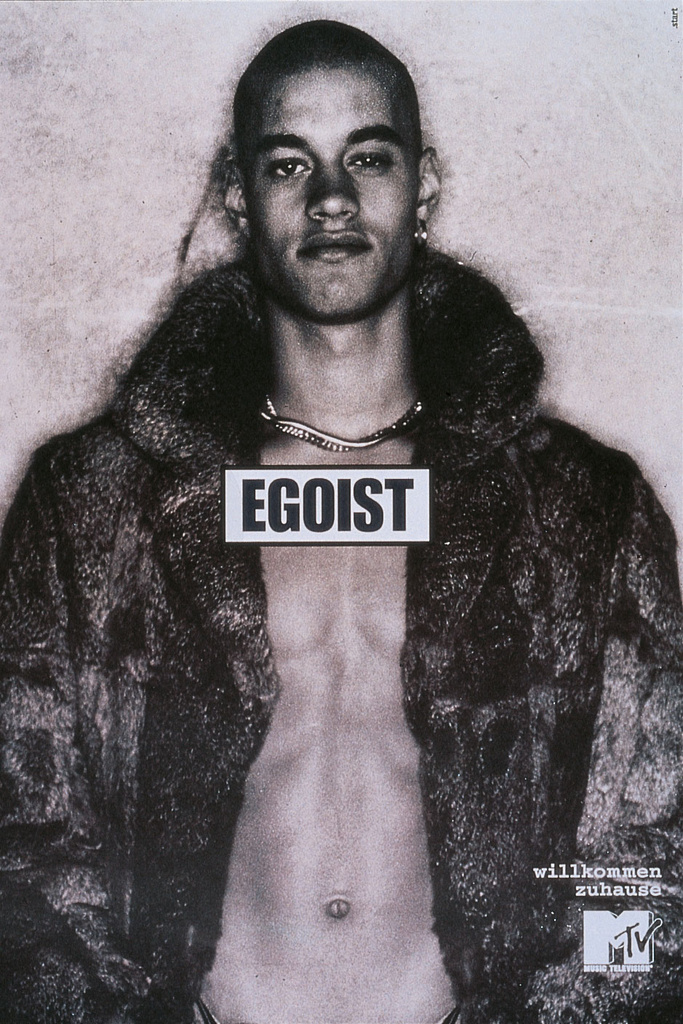 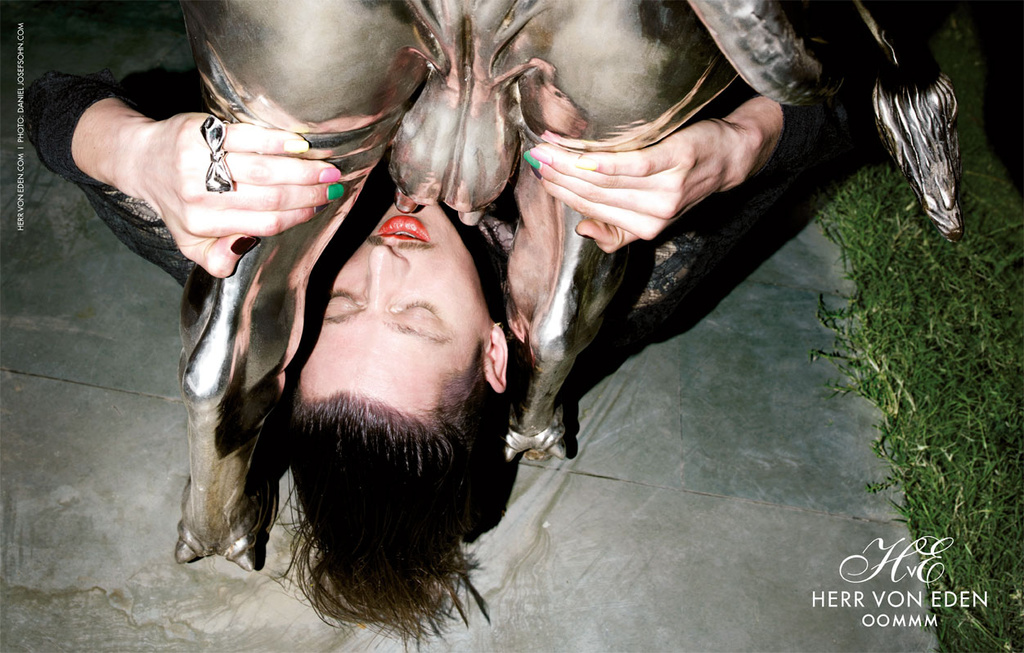 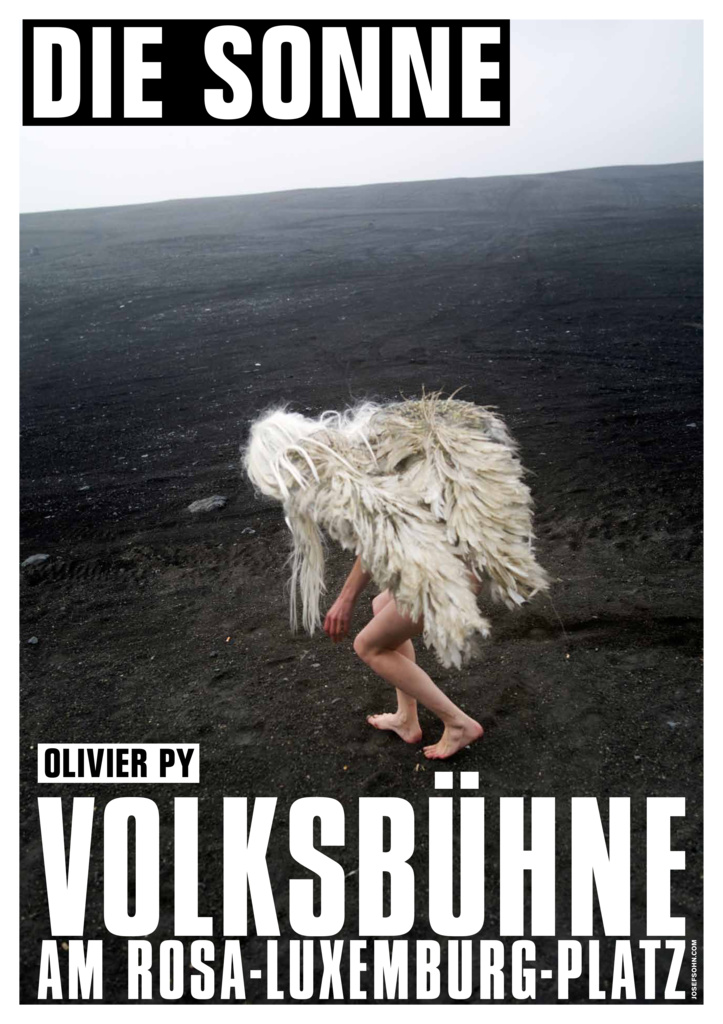 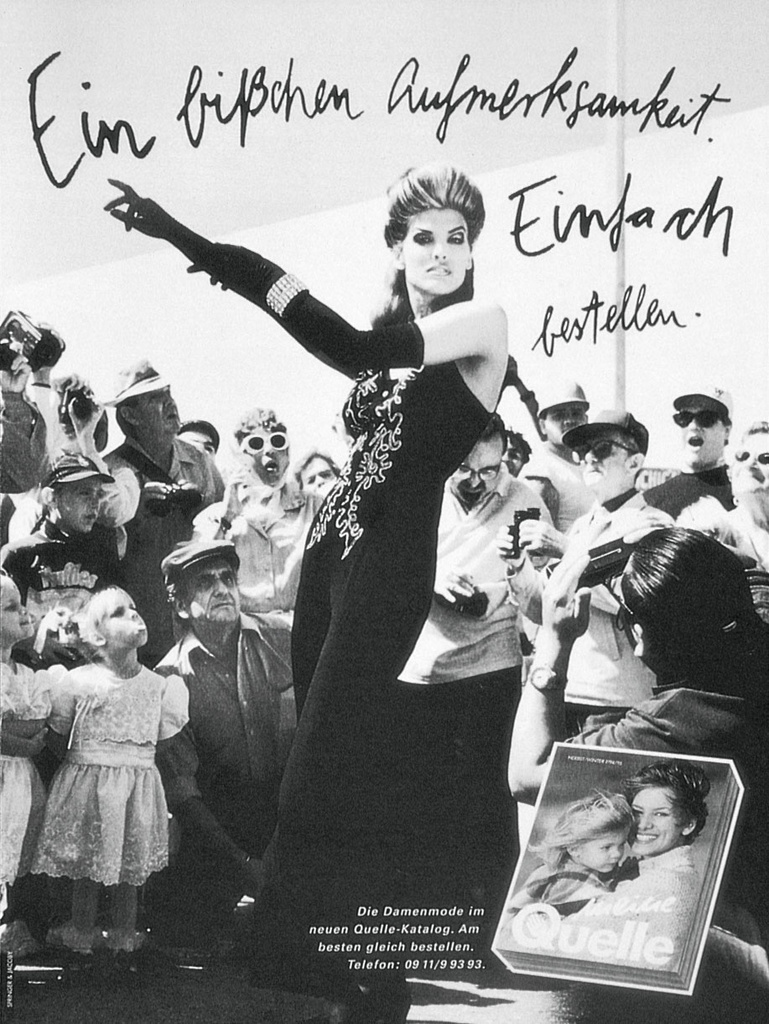 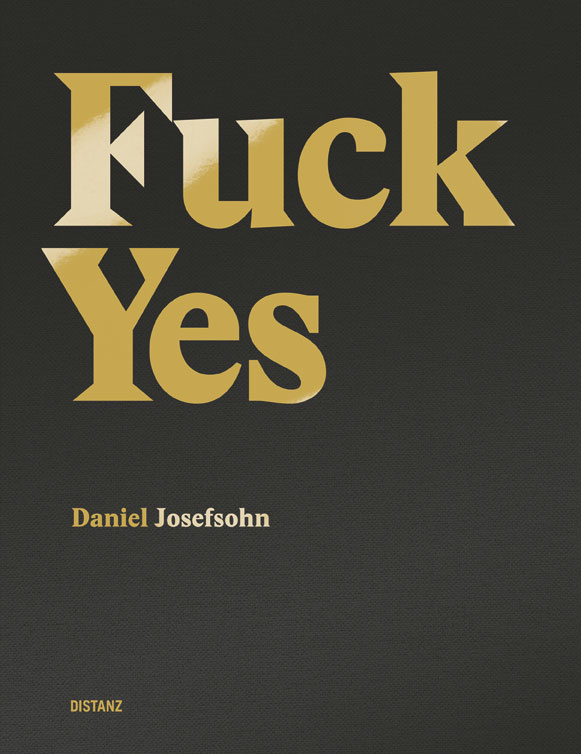