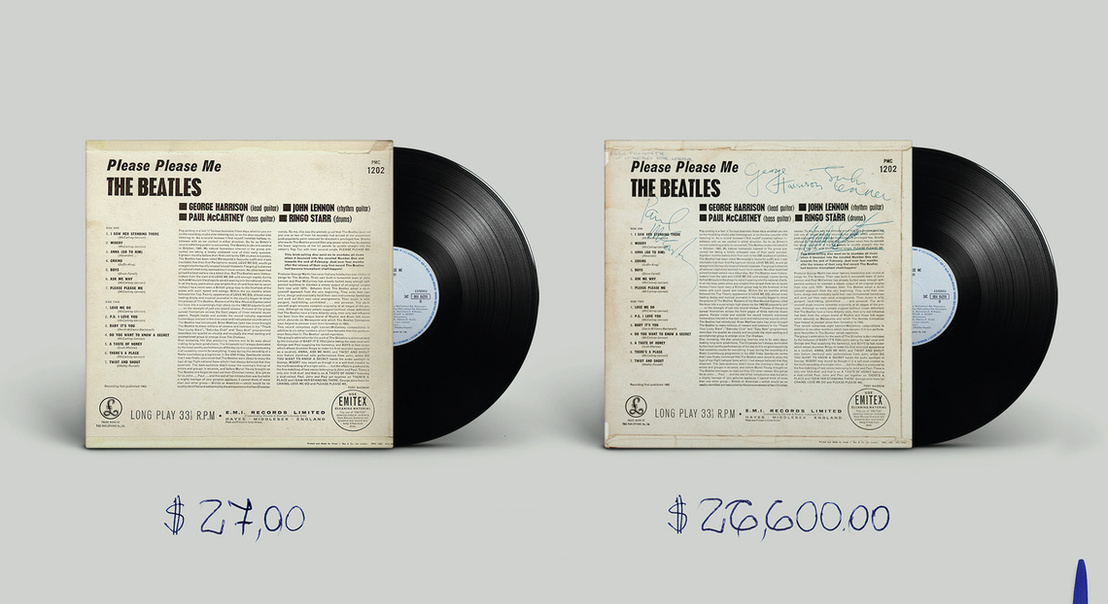 Michael Weinzettl announces the winner of the Lürzer's Archive Student of the Year Award 2016.

For the 11th time we're awarding the Lürzer's Archive Student of the Year Award and as always we asked our readers to vote for the nominees – all those ads that were featured between Vol. 4-15 and 3-16 in the Students Contest section of our bi-monthly magazine. This time around we received some 3,000 votes. I then presented the 10 ads that got the highest score to a select group of young(ish) creatives and asked for their opinion and whose feedback I'm very grateful for. The 2016 little jury consisted of:

Irina Siraeva, graduate of the New York School of Visual Arts and, together with her copywriter partner Mats Wilke, winner of last year's Student of the Year Award. After graduating she worked as an art director for BBDO, New York for a while and for the past few months has been exploring the "freelance world" as she calls it. Currently, she's freelancing at DigitasLBi, New York, working on the American Express account.

Renata Maia, Creative Director, Young & Rubicam, New York, who joined the Student of the Year Awards jury for the second time. I first met her at Lürzer's Archive's 30th Anniversary birthday bash in New York City. Her work has been featured in the pages of the magazine several times.

André Toledo Salvador, Senior Copywriter at LOLA MullenLowe, Madrid, is, at 26, the youngest member of the jury but has won more Cannes Lions – 1 Gold, 3 Silver, 3 Bronze – than most creatives or even ECDs twice his age.

Jurgen Egger Ochsenius, is a copywriter at Grey, Düsseldorf, and is one half of the duo - his partner was Dong Hun Lee - that won the Student of the Year Award in 2012.

And last but not least, the most "senior" member of this little jury – I have been asking him to join for several years straight, simply because I value his judgement – is Marc Hasan Bieri, an Miami Ad School Berlin alumni, who has worked at VCCP and Heimat, Berlin and is now a copywriter at the Thjnk agency.

All of the jurors agreed that the overall quality of the 10 contenders for the award was much higher than in previous years, which I was delighted to hear - even though it makes picking a winner more difficult.

So to make things simpler, I asked all of them to name what to them were the three best ads from those ten. The ad that got the most mentions was the winner and it turned out to be yet another work by a student from Miami Ad School/ESPM, Sao Paulo. It was created (art direction as well as copy) by Jessica Mantovani (her instructor at Miami Ad School was Toni Rodrigues) and it's an ad for Bic pencils. Below, you can see it once again in all its glory as well as some quotes by the jurors.

While writing this, Jessica doesn't yet know that she's won the award but I'll be in contact with her shortly and you can expect more information about our 2016 Lürzer's Archive Student of the Year next week. Watch this space. 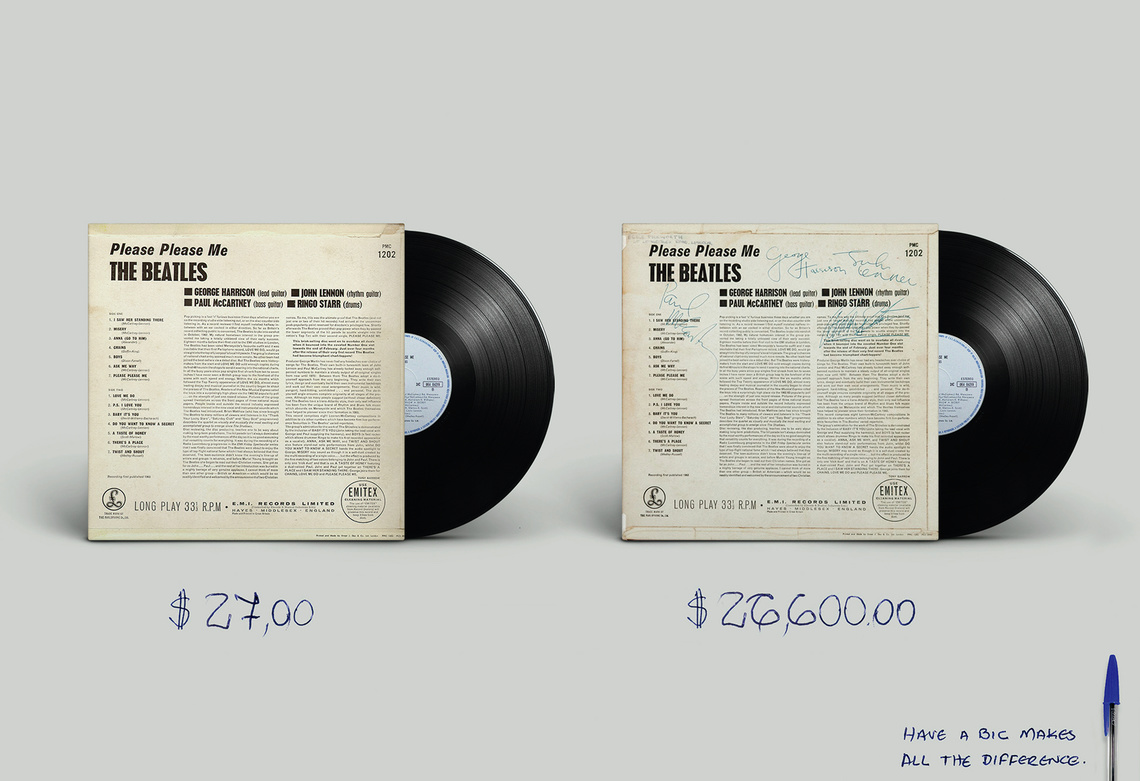 André Toledo: "For me, without any doubt, the BIC print is the best one. A strong concept, a nice craft and a simple, well done execution. I love it. It's a gold for me!"

Irina Siraeva: "This is a really smart thought and the visual punchline gives you a nice laugh."

Marc Hasan Bieri: "Really the smartest thought in all the nominated ads. And well-executed, with an eye for detail."

Jurgen Egger Ochsenius: "After taking a look at each of the finalists, there was one of them that kept popping up in my mind for a couple of hours. Its insight is good and the simplicity of the idea and art direction reminds me that sometime the simplest executions can be the greatest ones. So always carry a Bic, because it can definitely make all the difference."

The following nominees were the runners-up in this very close competition (with selected quotes from the jurors): 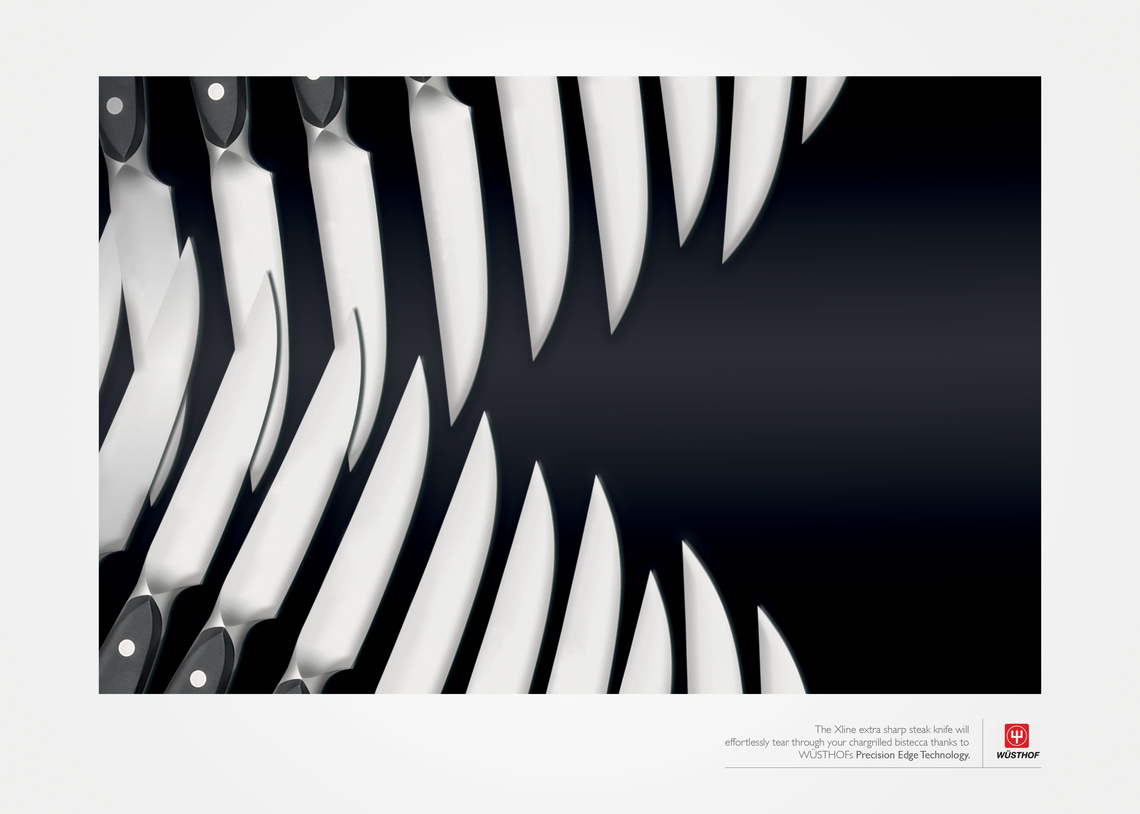 Irina Siraeva: "This simple execution immediately got my attention. Love the unexpected insight that a shark's tooth is shaped a lot like a knife and the image immediately gives me the sense that the knives are sharp and effortless. It even gives you the opportunity to showcase more than one size of knife! It's a clever concept that doesn't sacrifice product benefit. Execution is beautiful, the layout is nice and clean, and the copy is concise." 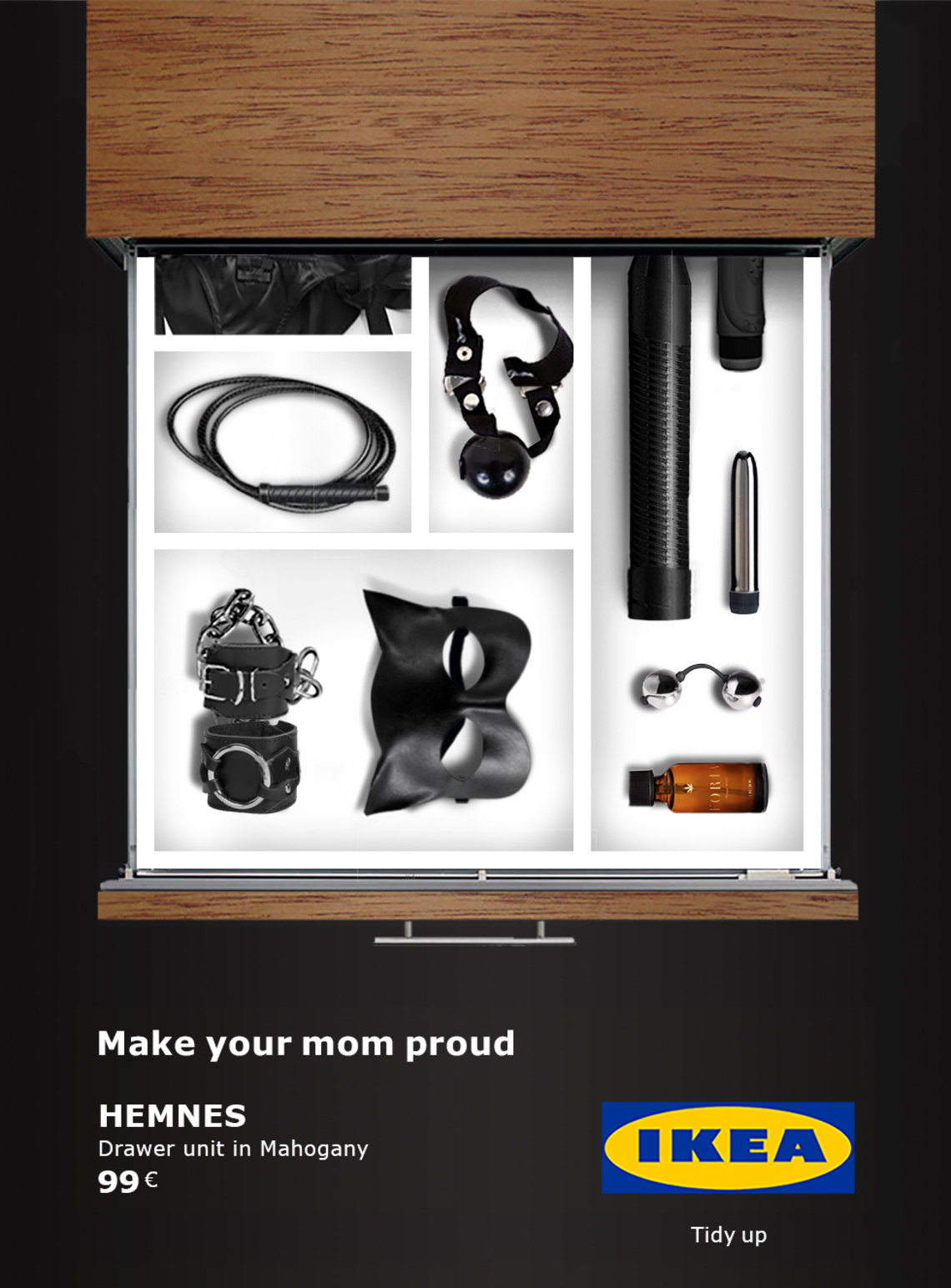 Irina Siraeva: "Made me laugh :) The concept does a good job of communicating that Ikea products can organize anyone and anything."

André Toledo: "It makes me laugh, it's funny. 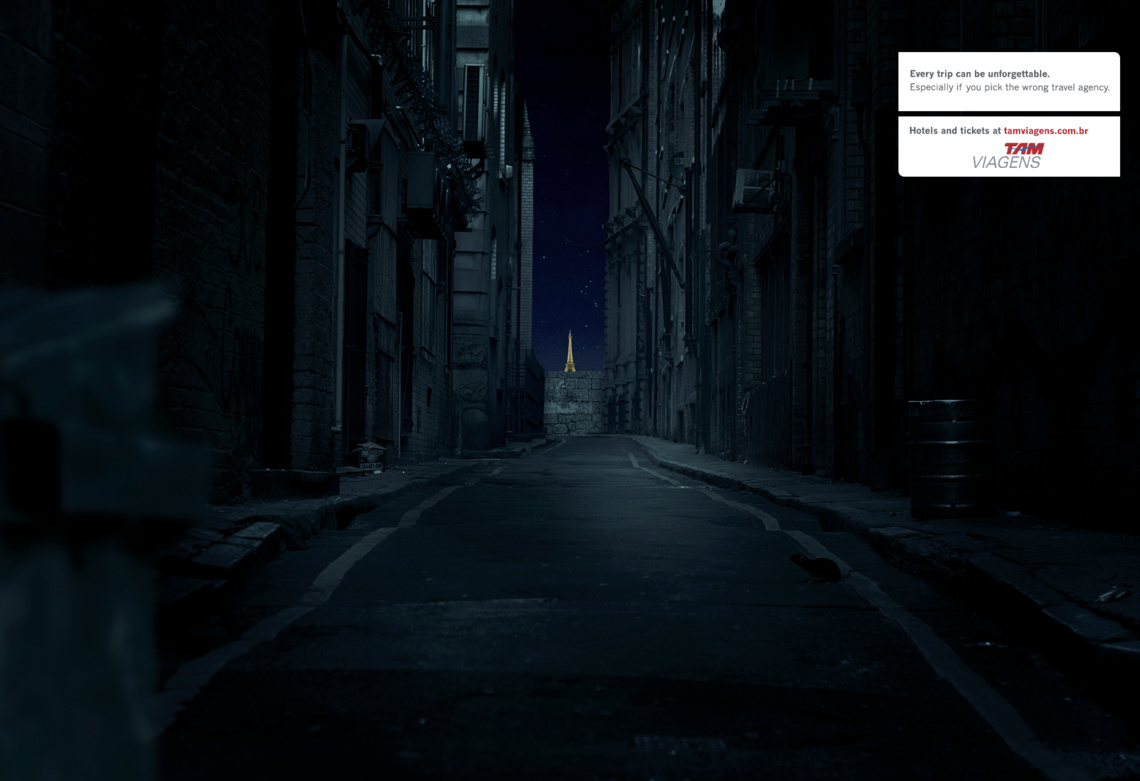 Renata Maia: "The point of view is very interesting. Not just in terms of the distance to the subject (the Eiffel Tower is very far and you can only see the top half), but also the perspective is as if the reader was standing in the street. You can see a dark dead end alley, with trash cans on the street in a very deserted area. So it makes the reader feel like he really doesn’t want to be there - and the tower so far in the distance is the least of his problems."

André Toledo: "It's smart and it's true, that's cool. Also, the execution is good." 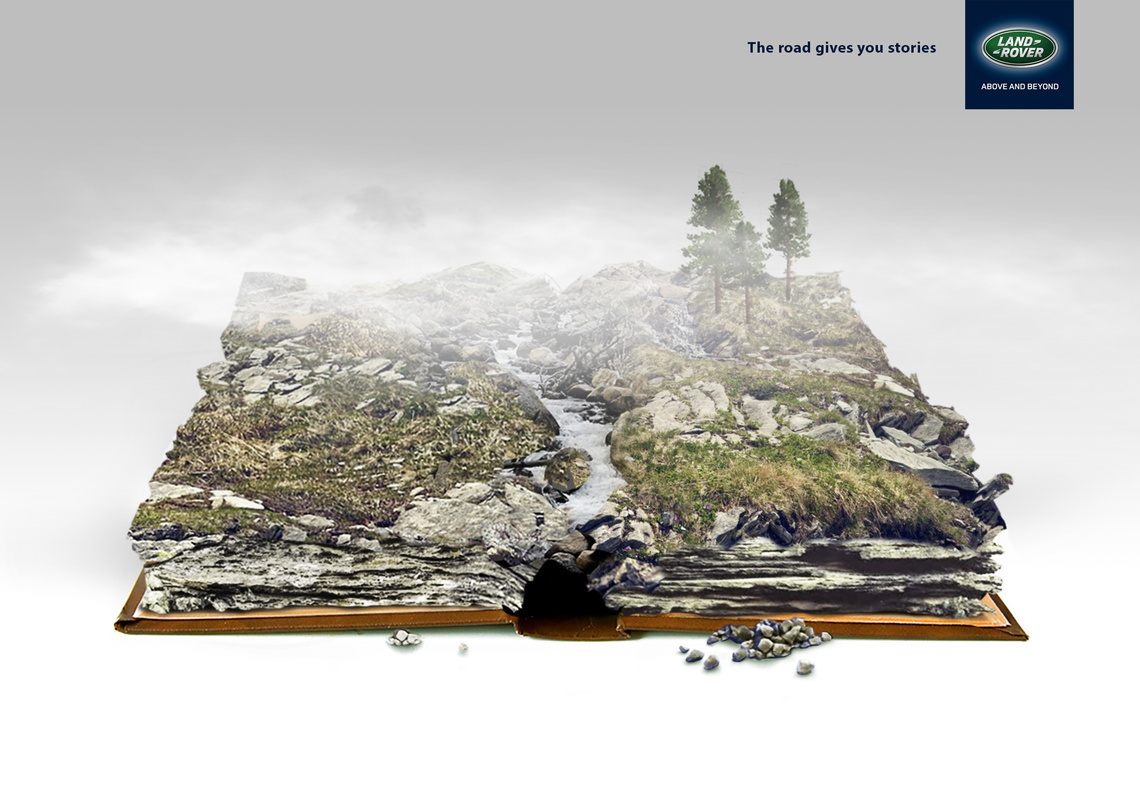 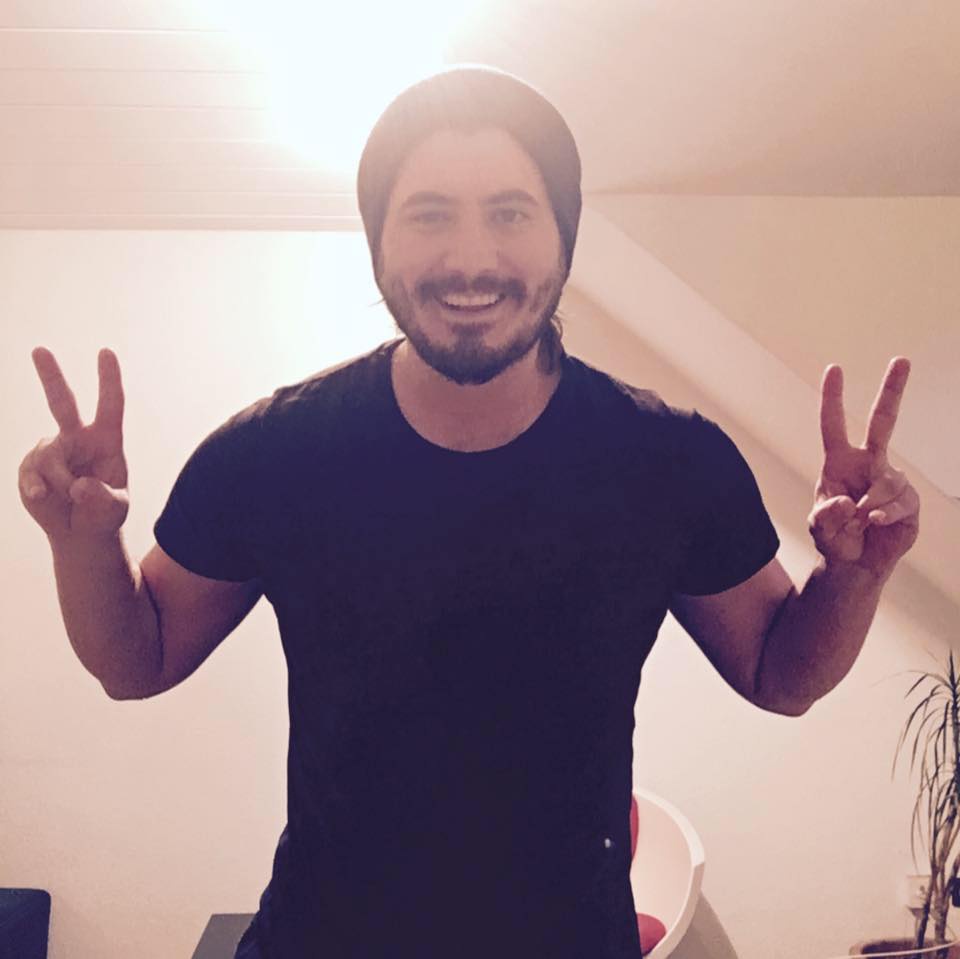 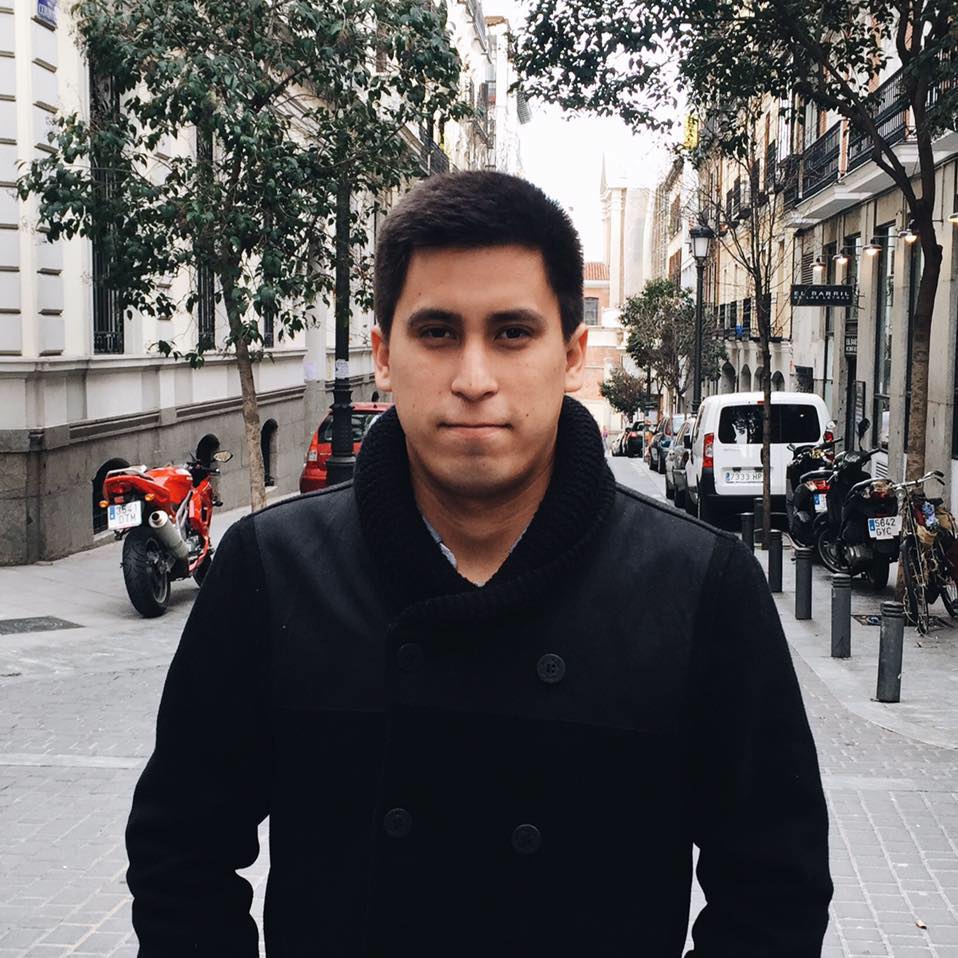 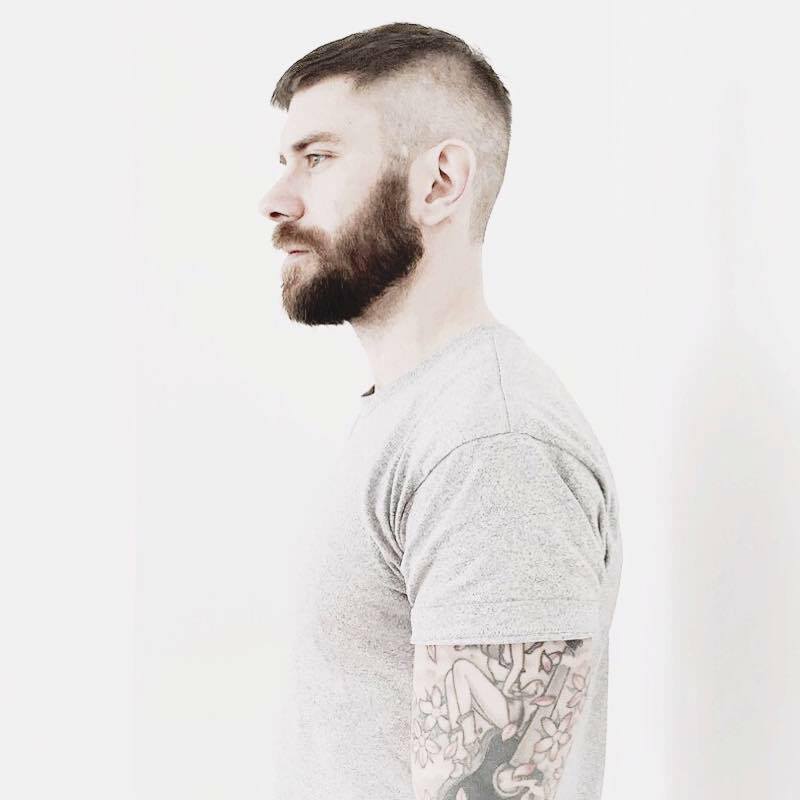 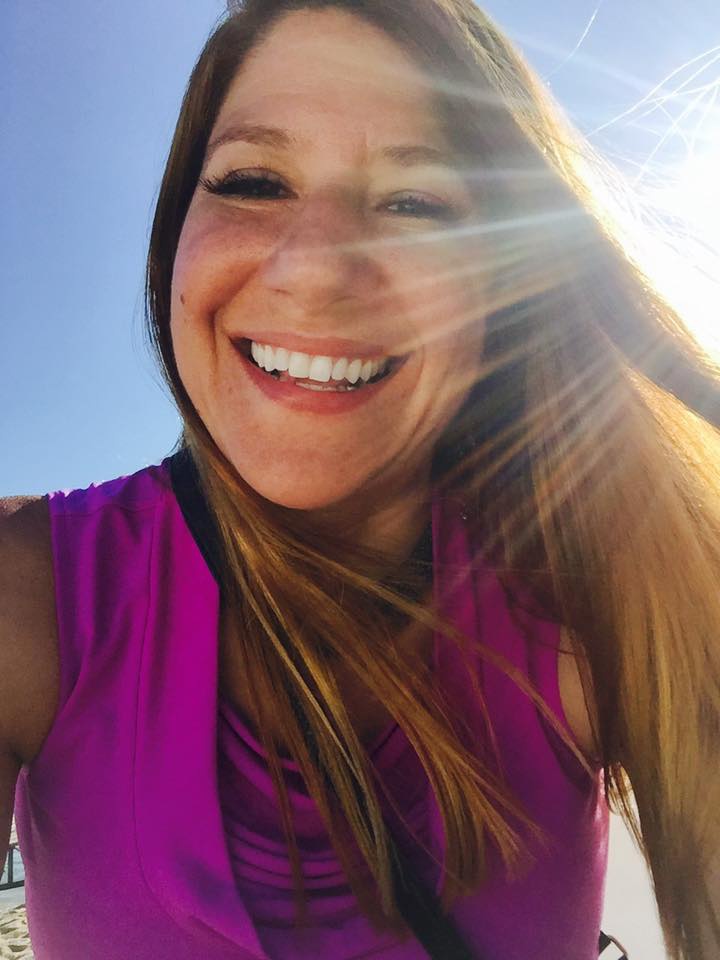 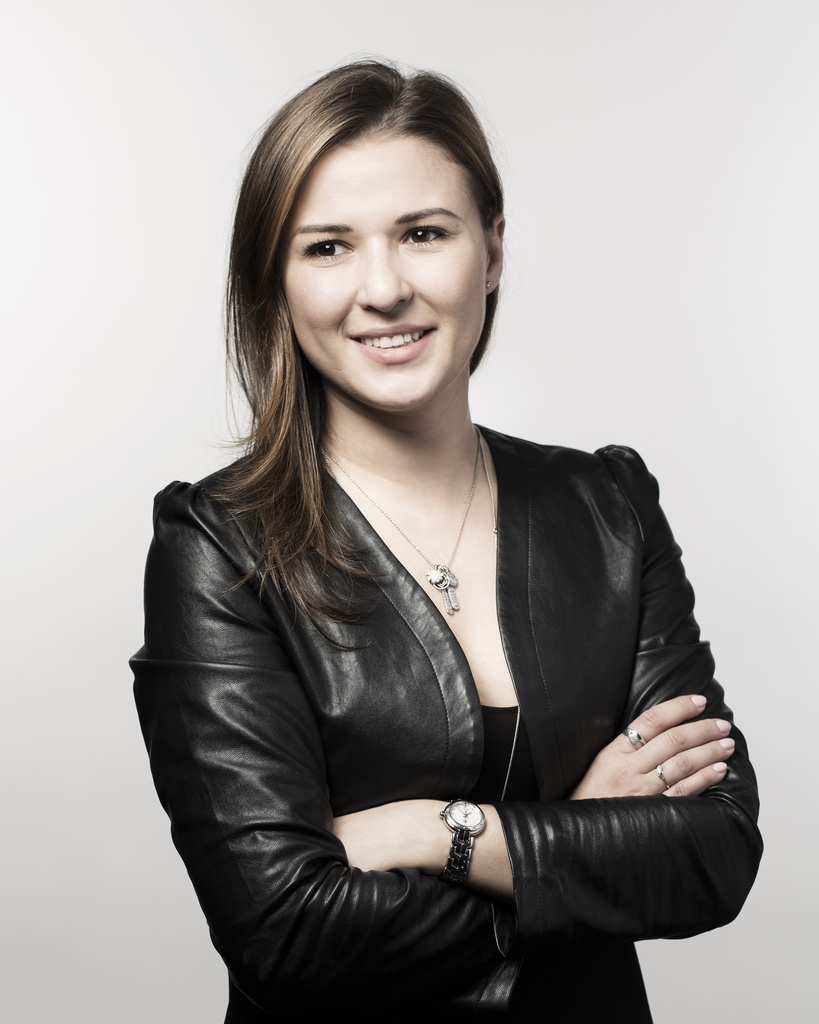