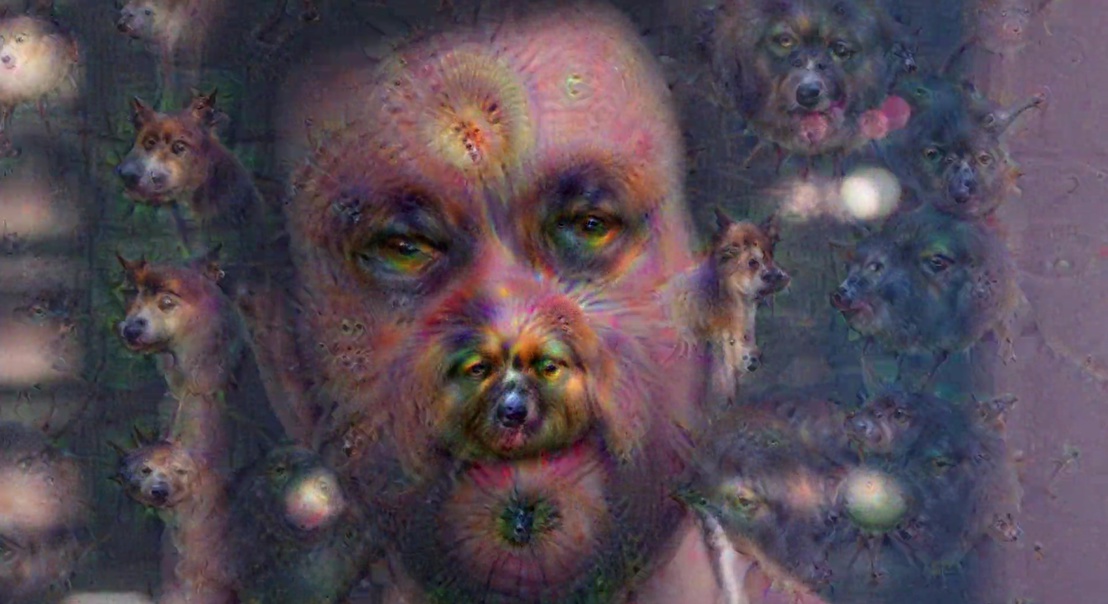 Who let the dogs out?

Usually at Lürzers Archive we do not include music videos in our selection work at all. But now and then some music videos stand a bit out of the rest. That was the case with Valentino Khan – Deep Down Low, which we mentioned in one of our Features and funnily enough has one shot in common with the recent music video we are presenting right now: the “Perfect Time” music video for Edward Sharpe and The Magnetic Zeros. They both share a shot with the third eye, by the way. (please find the stills in the gallery).

“Perfect Time” for Edward Sharpe and The Magnetic Zeros was directed by Miniac Films’ Benjamin Kutsko, who recently also did the music video of Monsters and Men's "Mountain Sound" and was director of the Adidas „Uncontrol Yourself”campaign. (View more of Benjamin Kutsko’s work at http://www.miniacfilms.com/archives/benjamin-kutsko.)

In the video we see musician Edward Sharpe losing more and more of his stance, while recording his own song in a studio session. Behind the turntables it is Edward Sharpe again. And we will see him more often in this video, as it turns out, he is the protagonist; laying on the couch and even conducting his own song. Some quite refreshing digital effects come along with his performance, showing some animated dog faces on his face and some colourful bloom/natural collages. Some historic movie elements in black and white are pouring in, showing some Charleston scenes of the 1920s, followed by war bombing and peace demonstrations.

The video was created using Google Deep Dream. Like a feverish night’s imaginings, the video marries darkness and light in a surreal conjuring that explores the artistic process. “Perfect Time” was filmed at Los Angeles’ legendary United Recording Studio in which frontman Alex Ebert Stewart channels vintage crooners while traveling through time and space, fantasy and reality, all in Perfect Time. Deep Dream was invented to help scientists and engineers to see what a deep neural network is seeing when it is looking in a given image. The algorithm has become a new form of psychedelic and abstract art, as harnessed in “Perfect Time.” Director Benjamin Kutsko, who previously collaborated with The Magnetic Zeros on the music video “Life is Hard” explains: “We wanted to explore the creative process that is recording an album or a song or making art or movies. You can really get lost in it; it takes over every moment. Like working late at night creating these visuals, it’s a computer dream.”

"This project didn't come together in the traditional way, with a treatment and a song,” he continues. "Instead, I sent Alex Ebert (front man of Edward Sharpe and the Magnetic Zeros) a photo I took of him that I had processed through Google Deep Dream, from there we started a conversation. From there we started to concept the world of the video while at the same time doing some pre-vis tests on using the Deep Dream on moving footage. The video is a sort of fever dream about recording an album, the madness that sets in during the 25th hour. We wanted to give it a Sinatra feel, to place Alex in that golden age of entertainment, the dream world of fantasia. The leaning into the microphone and the imaginary orchestra, conducting visuals instead of music. Shooting at United recordings in Hollywood where Sinatra and Dean Martin recorded and Brian Wilson went mad making Pet Sounds helped give us the atmosphere we needed. I think every artist can understand this state of mind, I know I had some wild dreams after months of late nights with this project." 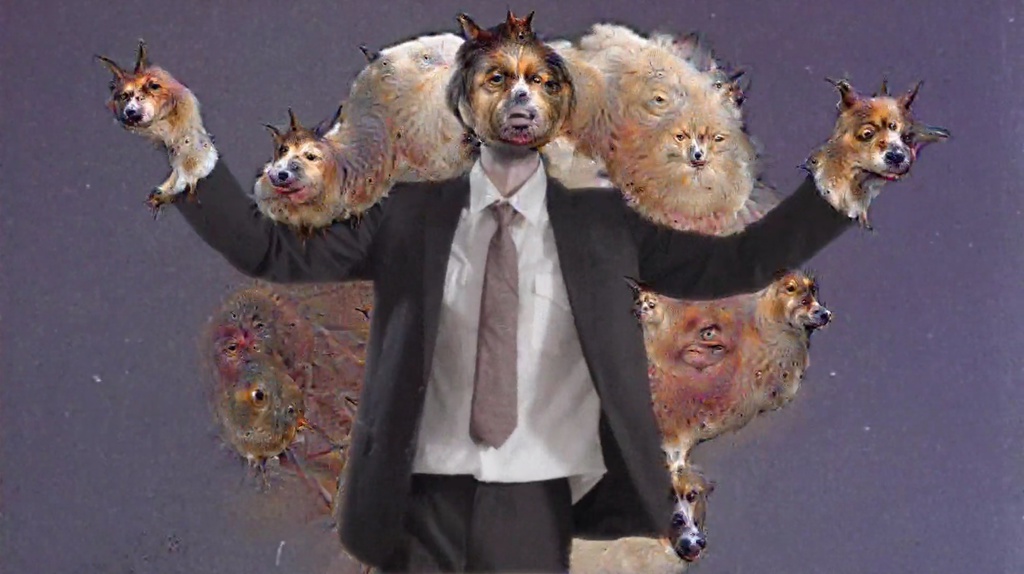 Stills from the "Perfect Time" 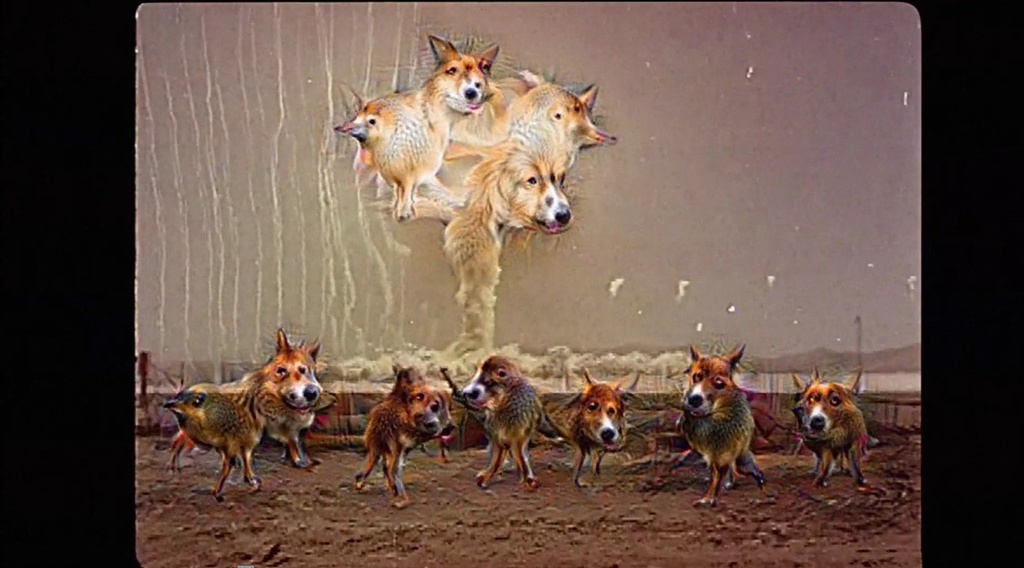 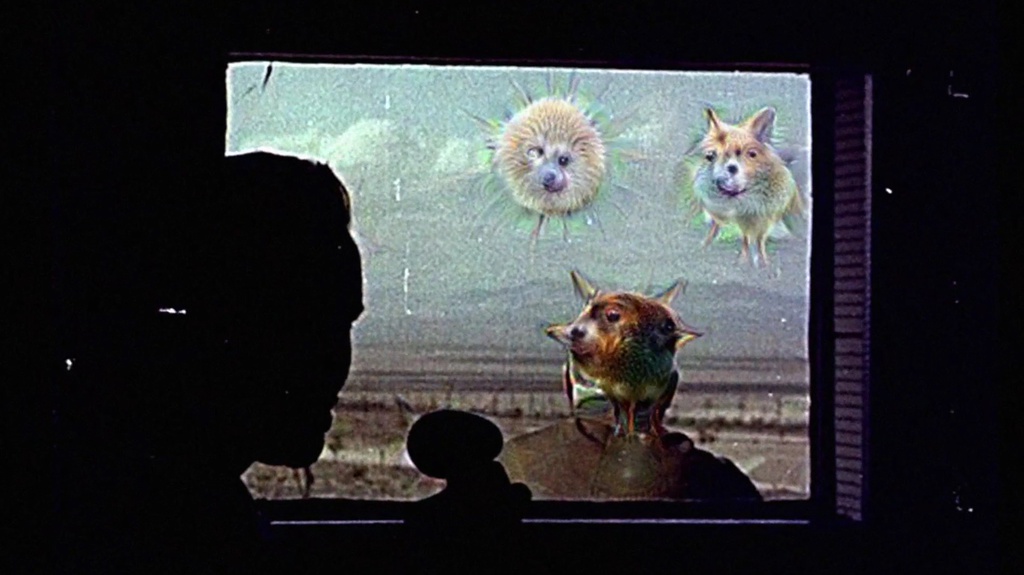 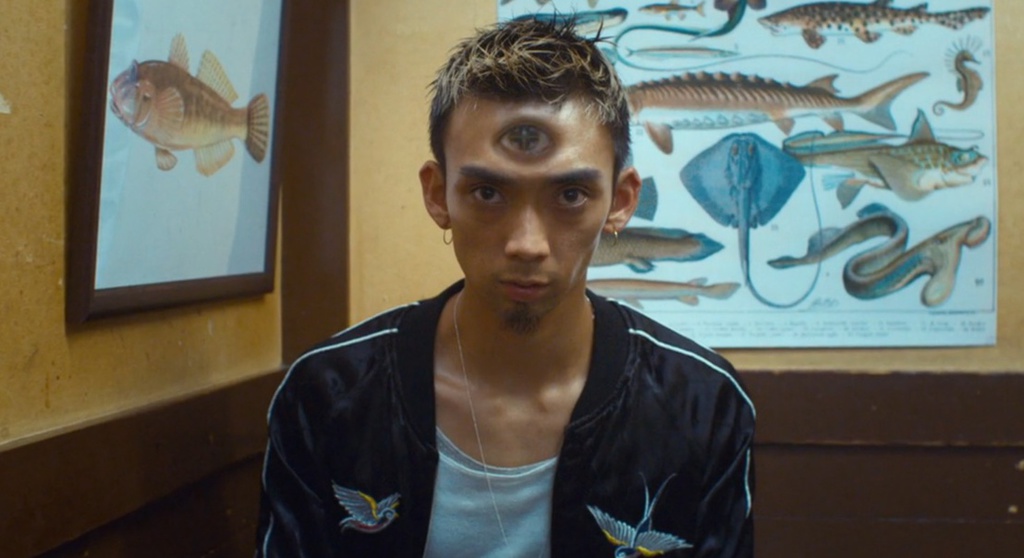 Still from the Deep-Down-Low music video for Valentino Khan, showing the third eye. 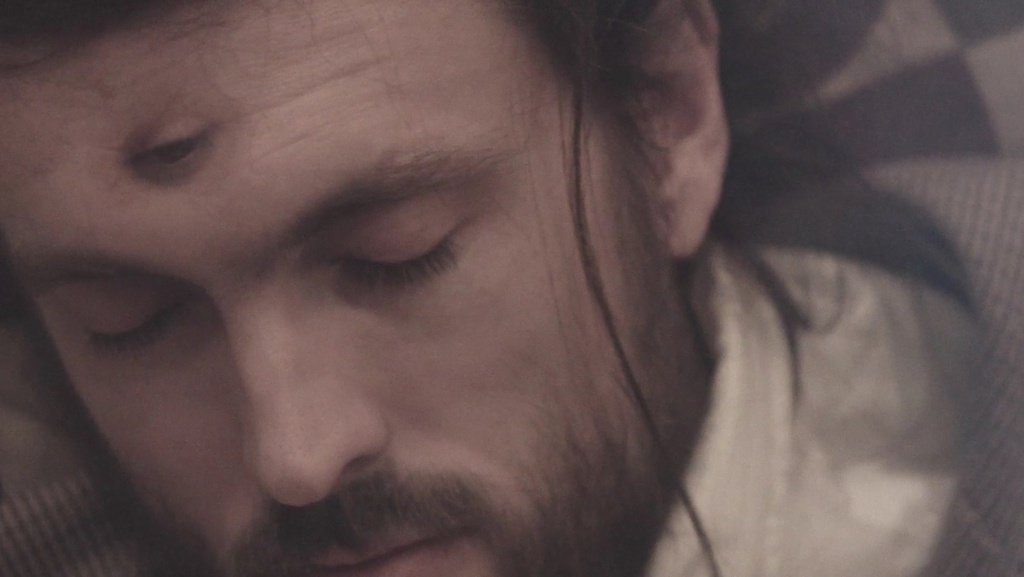 Still from "Perfect Time", sharing the third eye with Valentino.