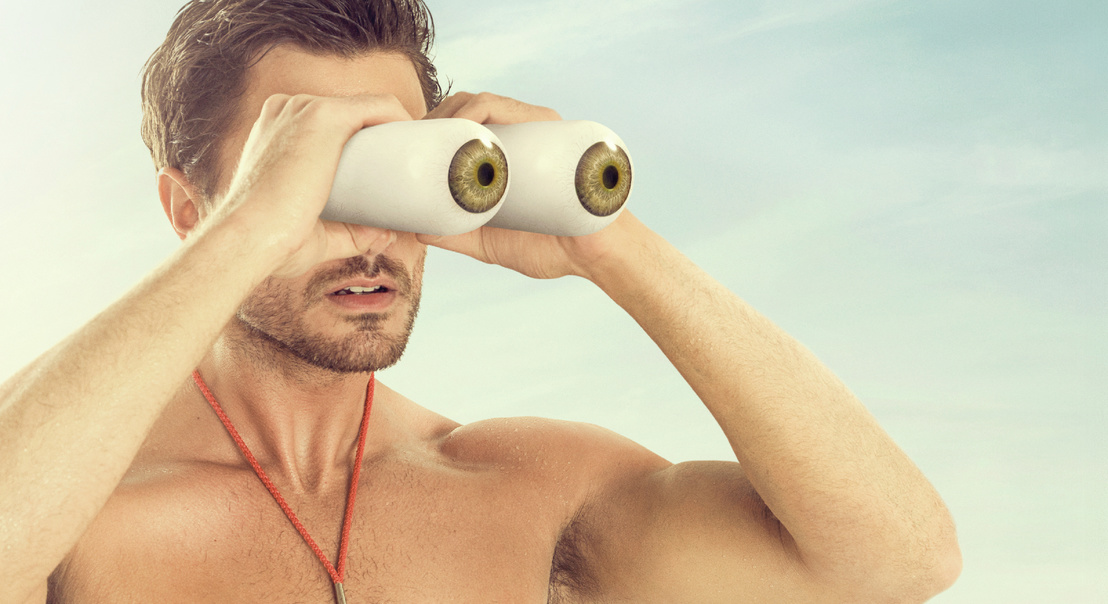 The latest issue of Archive magazine, Vol. 5/16 has just been published and depending on where you live, some of you may already have received it, others are still waiting for it.

I always have a bit of trouble with Vol. 5. It’s too late for submissions that might have been shown at Cannes already and the summer months with a lot of people away on holidays are not the best time for launching new campaigns. Still, we have managed to find 102 interesting new print campaigns, which are featured in this issue. Once again, Brazil takes the pole position with 21 print campaigns, followed - at quite a distance - by the US with 12 and the UK with 9. Next up is Turkey with a total of 7 campaigns and Portugal with 6, trumping (I have to stop using this verb: for obvious reasons its sound alone makes me sick) Germany who are featured with 5 campaigns, the same number as India.

For the very first time in the history of Archive, Kashmir makes a showing: There are two campaigns featured that come from BlackSheep.Works, the first ad agency based in "the longest disputed region on the UN’s heaped platter of unfinished business...," one that holds the top slot for being "the world’s most militarized zone in the Guinness Book of World Records," as Asif Amin Tibet Baqual, the agency's founder, told me when I interviewed him for an Editor's Blog a few weeks ago. "The economy is as fragile as peace," he added, "the way businesses here operate are as rigid if not impenetrable as its bureaucracy, and the red tape as sticky as Araldite. It’s like going into the battlefield with the hands tied behind ones back." He also told me that a lot of the agency work is done at night, frequently the only time when Kashmir can have access to internet as the Indian government likes to shut it off during the day. Considering these hardships, it's even more remarkable they can come up with ads that fully deserve in our magazine.

As for Film, there are only 45 on view in this issue, with the US and the UK contributing 11 campaigns each, followed by Germany (6), the Netherlands (4) and Japan (3), the latter country contributing what is at present my favourite commercial, the Kenzo spot directed by Spike Jonze.

In our Digital section I talk to Christian Dahl, Managing Director of Spark44, a Frankfurt-based communications company that is in fact a global exclusive joint venture between Jaguar/Land Rover and the agency’s management. They have just turned five years old, the title of the interview is “Sometimes creatives confuse effect with effectiveness.” Christian selected 15 digital works from the US (6), the UK (3) France (2), and a single one from Denmark, Germany, Sweden, and Spain each.

The interview at the beginning I did with Todd Tilford, at the time of our conversation CCO of FCB, Chicago. Since then, only a few weeks ago, he’s moved onto a new, more global position to according to the agency’s statement "work on select clients in Chicago and partner on key initiatives focusing on creative content and design with Global Chief Creative Officer Susan Credle." I first talked to Todd 16 years ago, for the very first issue of Lürzer’s Archive of the new millennium when he ran the Dallas-based creative hot shop Pyro, which had also been founded by him. The title of this recent interview expresses his belief that “Advertising, when done well, is really brain surgery.” 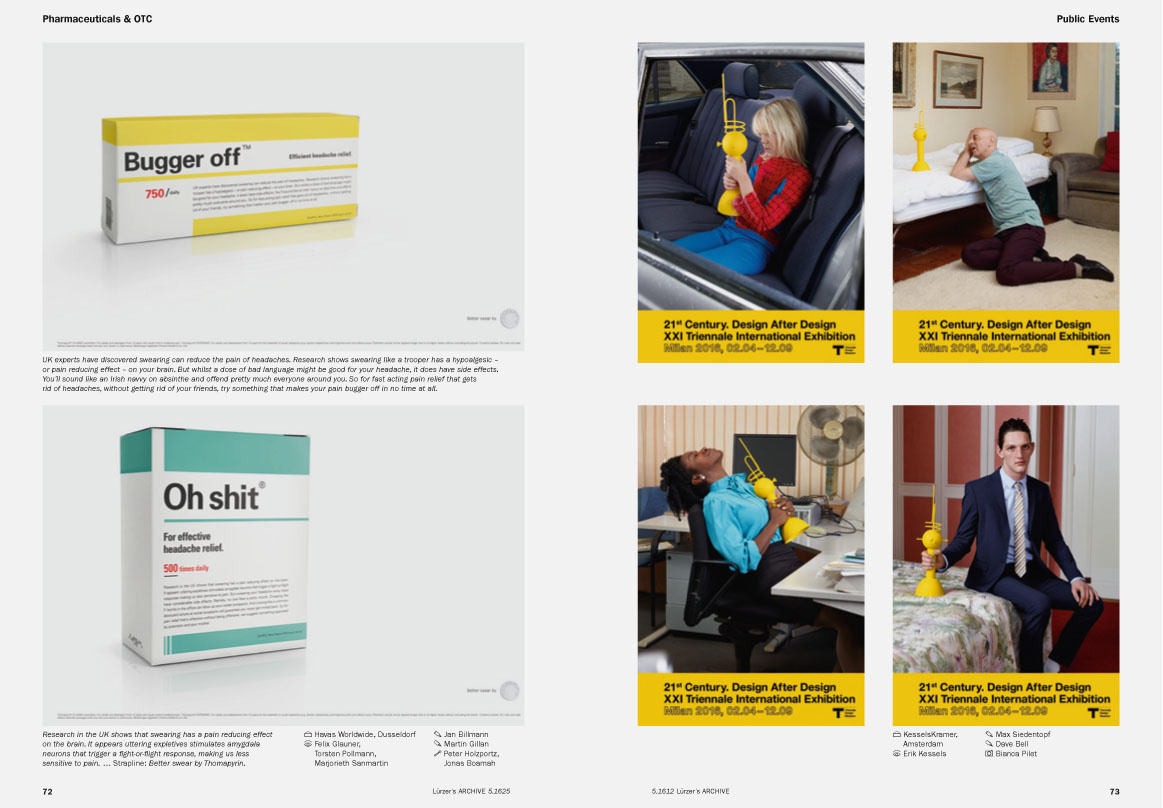 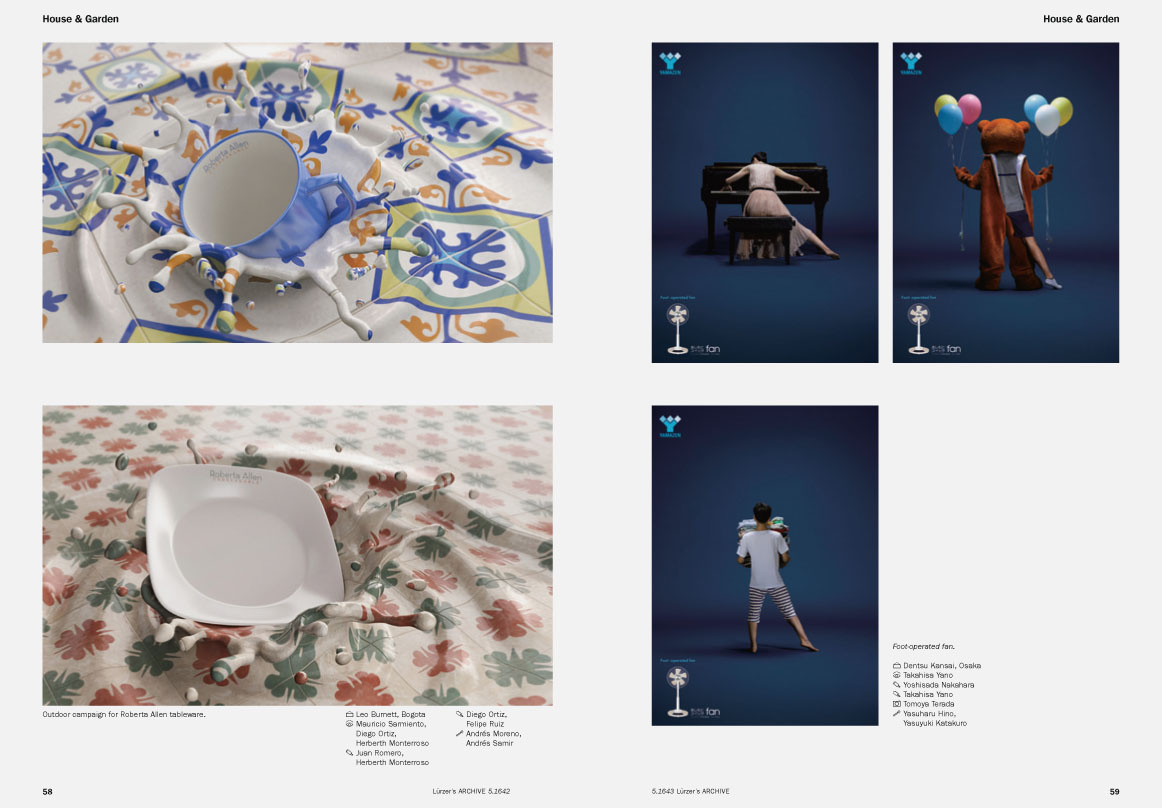 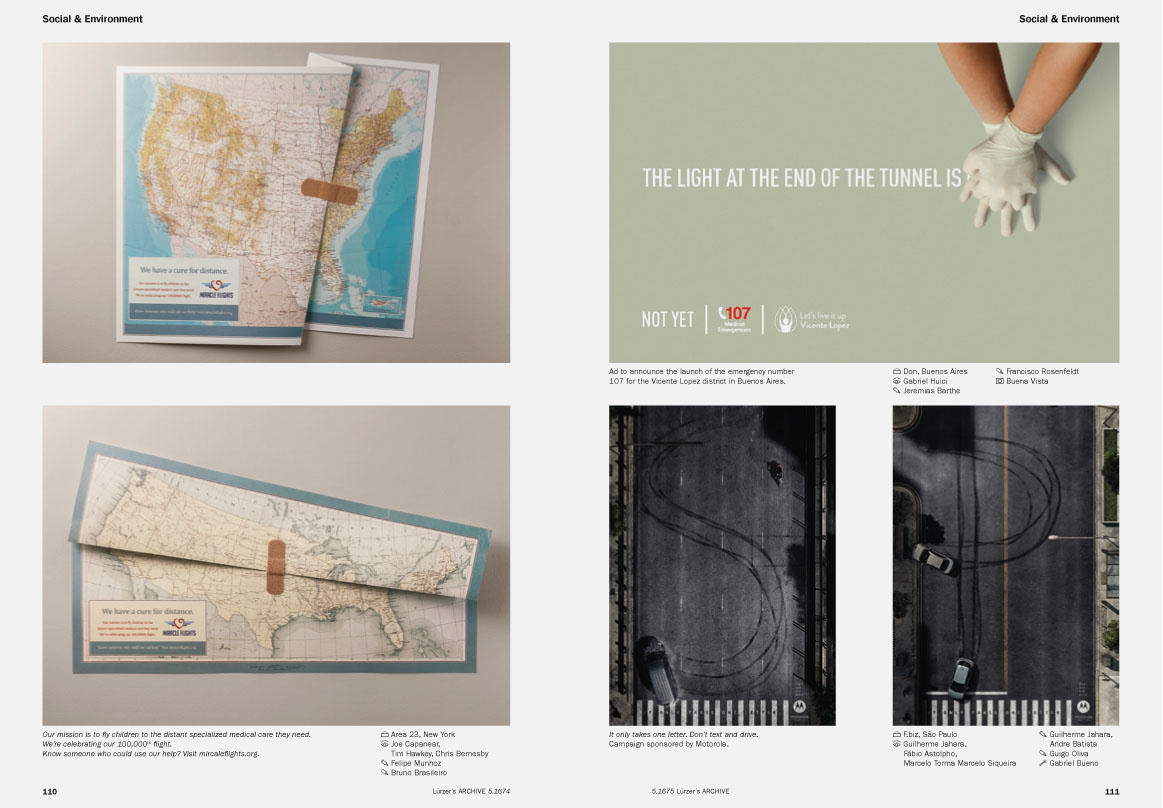 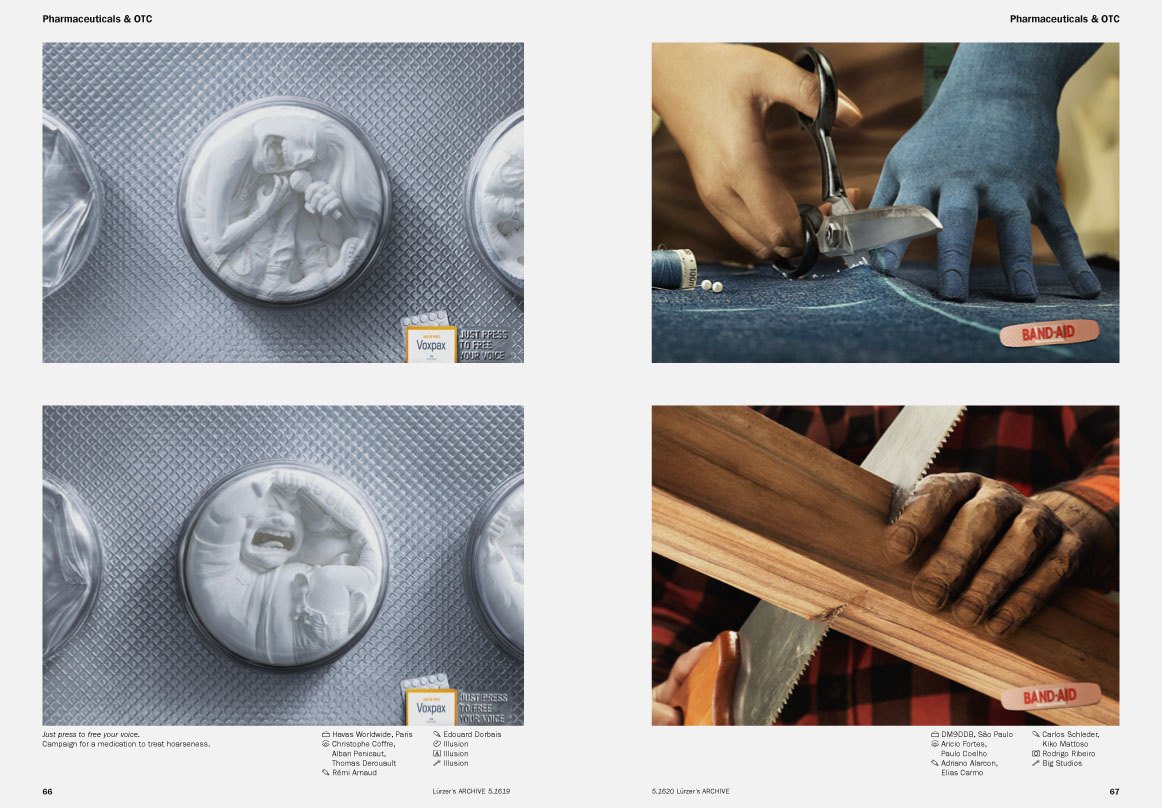 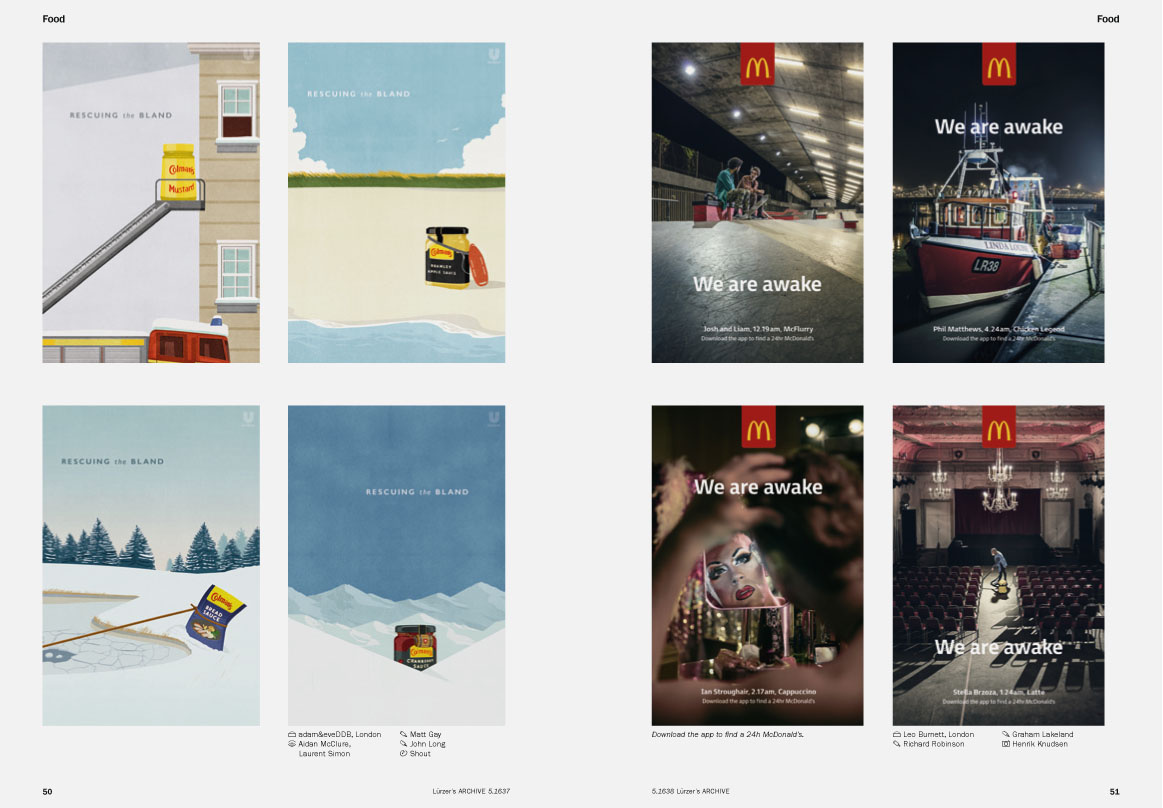 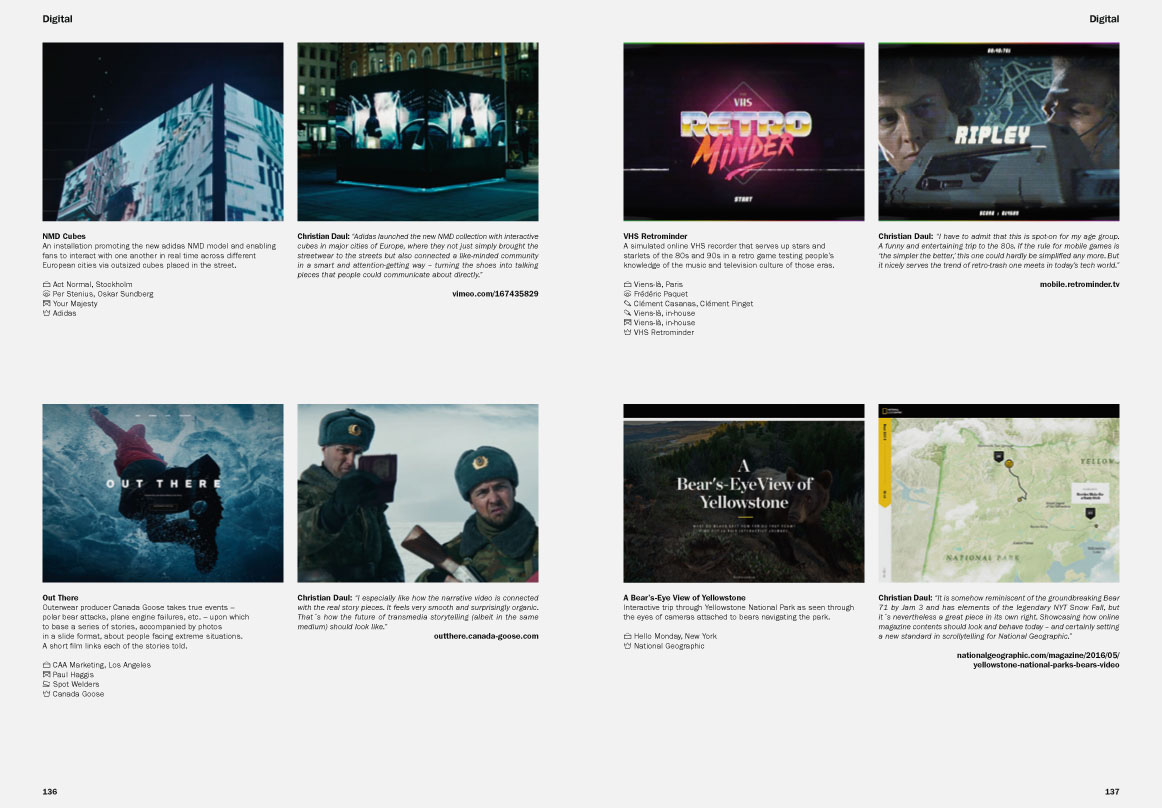 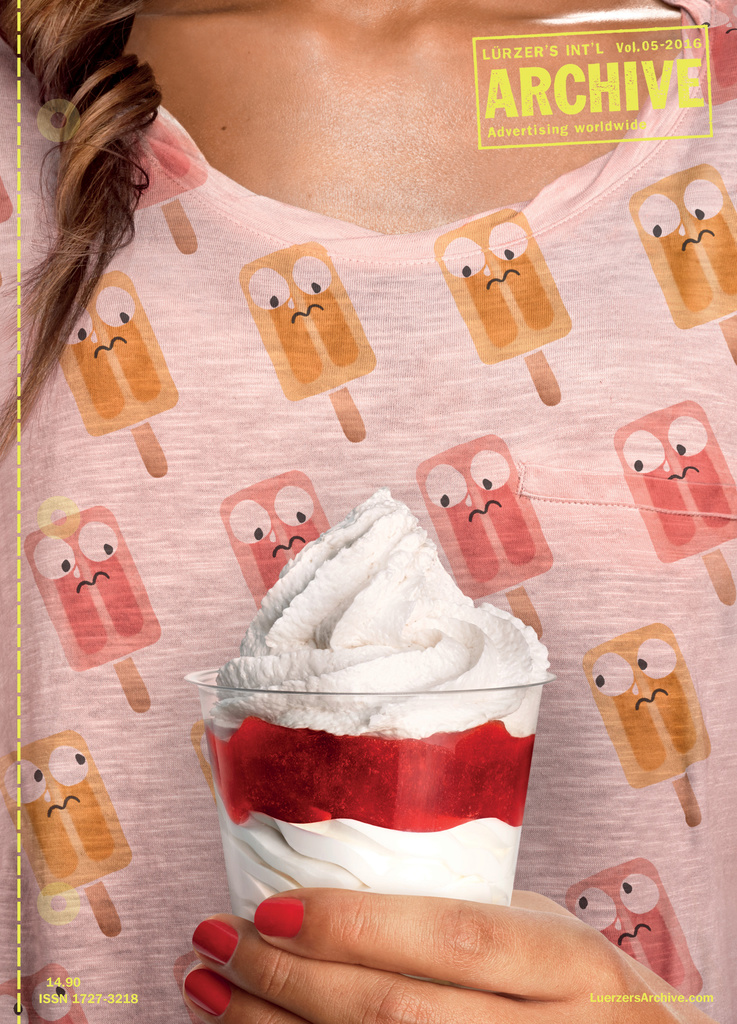 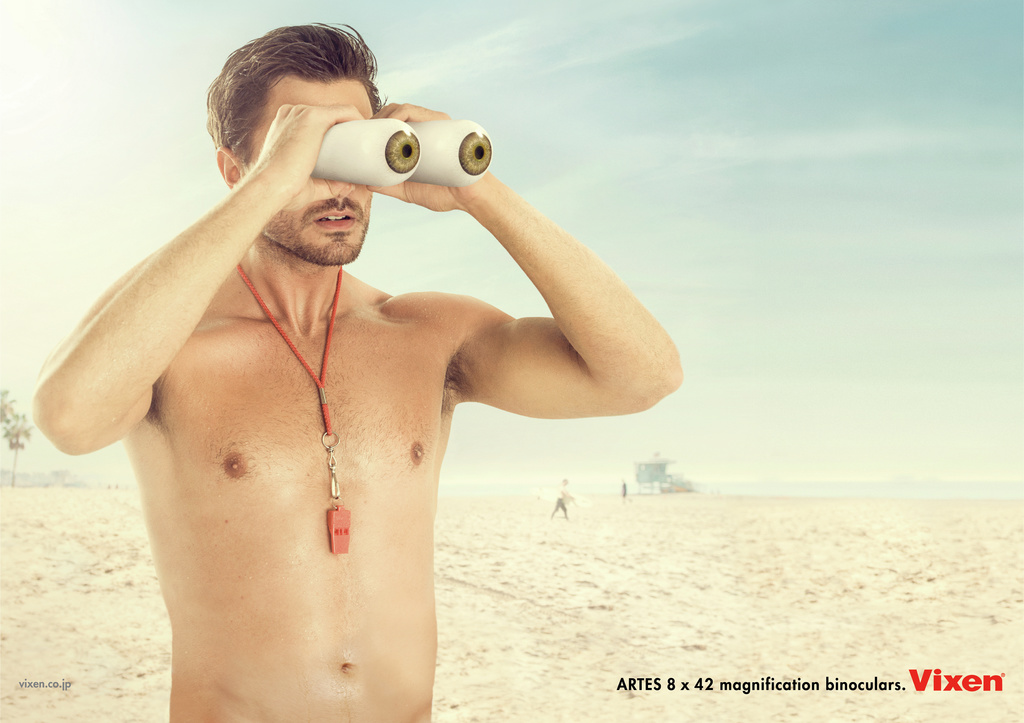