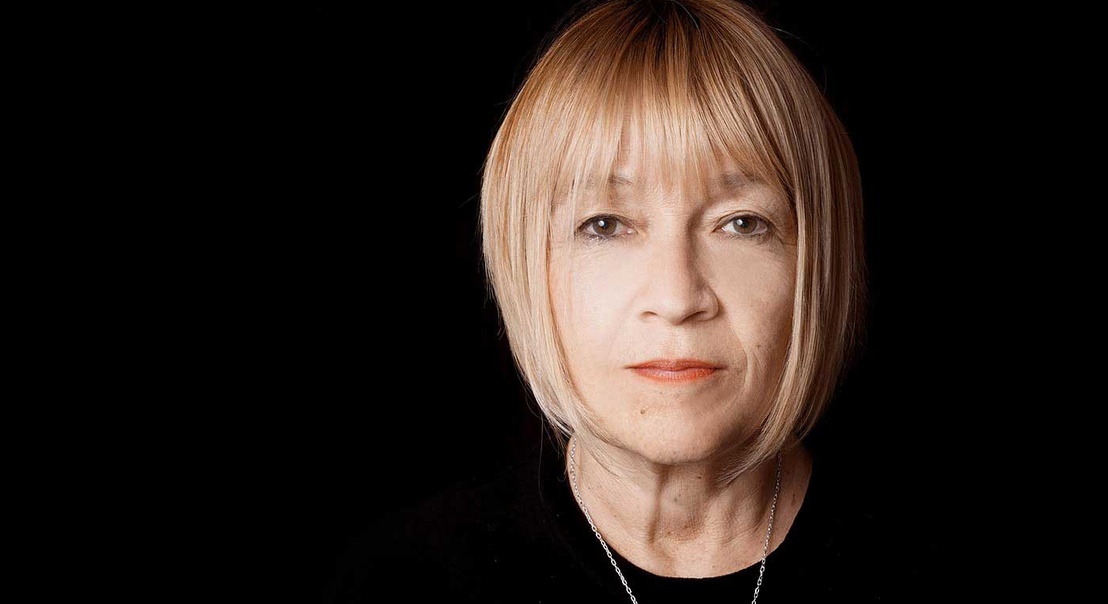 Who's Who: Cindy Gallop

How will you raise funds for MakeLoveNotPorn? Will you try to do it through KickStarter, through private investors or VCs?
Our biggest obstacle raising funding is the social dynamic of what I call “fear of what other people will think”, because it is never about what the person I’m talking to thinks. When you understand what we are doing and why we are doing it nobody can argue with it. The business case is clear. It is always the fear of what they think other people will think, which operates around sex more than in any other area. That rules out two of the usual three tech startup funding roots. First of all, it rules out the VCs: institution investors, too many stake holders. Secondly, it rules out crowd funding. Separate to the fact that all crowd funding platforms operate the 'no adult content' clause: KickStarter is no adult content, all other platforms draw an artificial distinction between sex-toys fine, people having sex on video not fine; but the bigger issue is that successful crowd funding requires a very large number of people willing to very publicly rally around something and very publicly invite everybody else in their network to do so as well. People will totally publicly rally around a piece of hardware, a video game, a movie concept – they will not publicly rally around in large numbers around anything to do with sex. So, that leaves the third root, which is angel-investors: privately wealthy individuals. And our challenge there is of any other startup: to do what they can with the our research and target. So, I have a two-pruned approach to find investors: a) I just ask publicly everywhere I go. I have no pride, I need help I ask for it. So, in every public speaking engagement I ask on stage for open-mind investors, every media interview I ask the journalist to write in the piece we look for investors and everything I do is I ask anybody I come across who they know personally because when you know somebody personally you know what they are like behind closed doors, what they like when they let their hair down, what they like when they talk about sex. Those are only key performance indicators for the kind of investor who might be our kind of investor. As you can imagine it is a very slow, painful process.

People/companies who influence me...
I guess I’d say John Bartle, Michael Bogle and John Hegarty and Dave Trott, he was my creative executive director at GGT before BBH.

In a film about my life, I’d like to be played by ...
Oh my God I have absolutely no idea. That is the kind of question you should ask other people. Honestly, I can’t answer that, I’ve never thought about it, I have no idea.

Would you play yourself? {laughs} I couldn’t imagine anybody making a movie about this.

A word or phrase I overuse ...
Umm… Fan-Fucking-Tastic.

My last social media update said ...
"It’s all the more reason to scrap next week’s third and final presidential debate. No person should have to be subjected to what Clinton dealt with on Sunday and, more important, no great democratic nation should be subjected to it either." The Boston Globe

My dream collaboration (both personal & professional) is ...
What would be your dream investor in this startup? If it would be the perfect investor and the perfect partner to take you to the next level.
I’ll give you a bit of a detailed answer for that ok? Um… because one of the things we’re raising funding for [MakeLoveNotPorn] is to be able to not just build up our capital, which is only half built at the moment because we’re tiny and bootstrapping, but we want to expand into several different areas on exactly the same principles as makelovenotporn.tv, use a generated crowd-sourced curated weapon sharing, and one of these areas is, pretty obvious, it’s sex education, so this is where instead of inviting people to submit real world sex videos, we would invite sex educators from all around the world to submit sex education materials that we would publish, segmented by age appropriateness, charge people to download, subscribe, bulk buy for your school and then split the revenue 50/50 with its creators. Another area is crafted content. So, we regularly get sent crafted produced videos, which are wonderful but are not in our criteria of social sex, which is at the moment spontaneous, as it happens. They’re somebody's fantasy, somebodies scenario. So, we want to expand to enable people to submit to us so that we can publish crafted erotic content from videos, art, photography, writing, essentially because at the moment if you are a writer, nobody encourages you to write creatively or expressively about sex. If you do you can’t get published. If you are an artist nobody encourages you to explore sexual things in your art. If you do you can’t find a gallery, you can’t find an agent, you can’t show your work, and you can’t sell it. I campaigned all the time for more honest, authentic portrayals of sex in popular culture as a whole, and so we want to enable people who are creatively exploring sex to be able to publish erotic videos, photography, art writing, be able to make money out of it with our revenue sharing business model but with the aim of pushing this out into the mainstream popular culture. The third area is we want to broaden out our definition of social sex and real world sex to embrace things like celebrations of body positivity, celebrations of love intimacy relationships, all across the media, art photography, writing. In other words we want to have an area of our platform where you can self-publish what currently gets you kicked off Instagram, blocked on Tumblr, Facebook account shut down, which is any form of perfectly natural healthy sexual self-expression and self-education, any nudity, even something as holy natural as you breastfeeding your baby. Currently if you publish a breastfeeding photograph on Facebook your account gets blocked. We are going backwards as a society when social platforms operate that policy, particularly when they operate at the kind of scale that Facebook does. And so my ideal investor and partner is Mark Zuckerberg on Facebook because we do so something that nobody else does: human curation. We have written a business plan that enables human curation to be scalable even at enormous scale for [MakeLoveNotPorn], and so I would like an investment from a partnership with Facebook. Because we curate everything from the eyes of human beings, because we have a specific philosophy that is about great sexual values, we would love a partnership with Facebook where when you publish something through [MakeLoveNotPorn] you can also publish it from Facebook because it is human curated sexual social self-expression. By that I don’t mean our real world sex videos, I mean safe for work content but that is nevertheless perfectly natural, normal, healthy sexual self-expression.

I teach in an ad school, because...
No, I haven’t taught, I’ve spoken at ad schools.

Why did you get involved? Because I was invited.

Among more than 40 world class speakers from advertising and creative industry who will share their knowledge at this year’s Golden Drum International Festival of Creativity, the biggest star of the show will definitely be the keynote speaker Cindy Gallop. Starting tomorrow in a new home, in Ljubljana.

Child Hunger : "Cat Milk" [00:30]# The campain promotes awareness of a serious problem for some children in the USA: hunger. The three spots show parents and children in desperate attempts to find something to eat, but what they end up with is not fit for a dog. 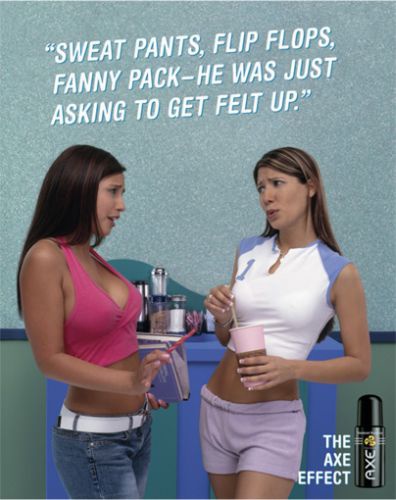 Levi`s "Stealing the Stolen" + "French Dictionary" [01:05] This brilliantly filmed campaign for Levi's low-cut jeans takes the claim: "Cut dangerously low" and plays with it in a way that doesn't directly refer to the jeans themselves (which are, of course, displayed by the protagonists) but in much more indirect manner. In the first spot for example, a young woman apparently steals her own car back from a gang of thugs and, when she drives away, bends "dangerously low" to rummage around the floor until she gets hold of the talisman that belongs on her dashboard. 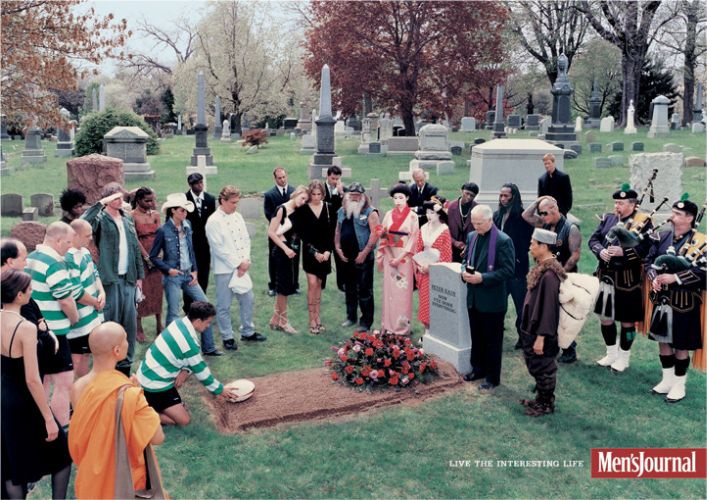 Levi´s "Car" (01:00)# In their usual manner, Levi’s once again delight us with two crazy commercials for their famous jeans brand. Both feature heroes trying to explore their respective limits. In the first, it’s a young man who tries to tame a wild “mustang,” whereas the young woman in the second spot attempts to avoid an oncoming train in extremely daring manner. 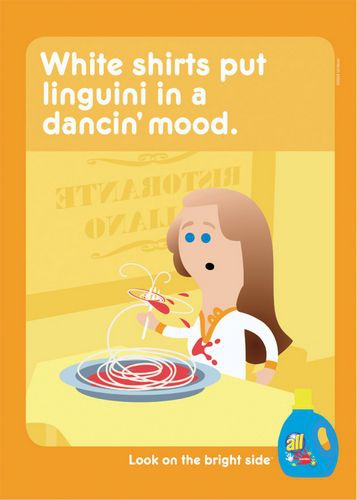