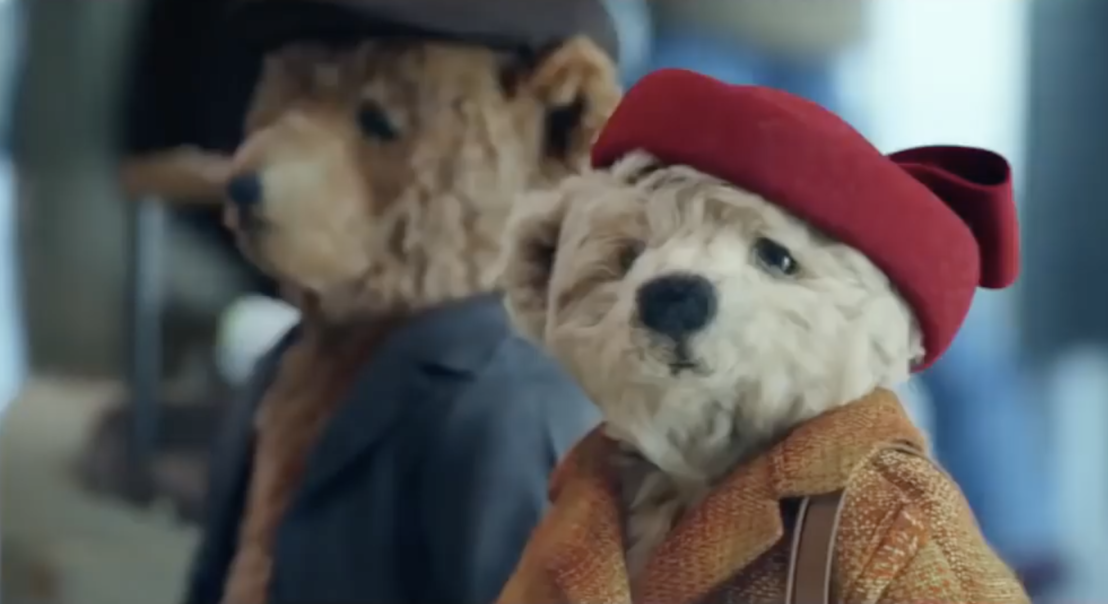 Michael Weinzettl on a few select Christmas ads from this year.

I've been thinking a lot about Leslie Savan, a three-time Pulitzer Prize finalist for her Village Voice column about advertising, and author of "The Sponsored Life," from 1994. (I interviewed Leslie Savan for Vol. 6-1995.) In her book she wrote about how skillful advertising manages to attach a brand or label to emotions we all might have, thus letting our lives appear "sponsored" by advertisers. Senior creatives like to call the process something like unearthing "universal truths" that form the core of a creative selling idea.

The reason for my preoccupation with this theory is first of all a recent brilliant Ikea commercial from France, created by the Buzzman agency in Paris, titled "My Son" which was our Spot of the Week about a month ago and also won the Gold Epica in the Retailers category at the Epica Awards last week. In it, a little boy accompanies his mother on a shopping trip to IKEA, acting ever more responsibly as he does so. When, however, he is suddenly at the wheel of the car we are rather confused. In a blink, her small boy has been transformed into a young adult, comforting his mother by saying he will only be moving a few blocks away. At Ikea, meanwhile, prices remain as “small” as that little boy low all year round. Here, the – surely passing – emotion parents might have of wishing their children to be frozen in time (i.e. not growing up and moving on and out), now for many French consumers comes with an Ikea label firmly attached to it.

The same, of course, goes for the Christmas ads that we are being inundated with at this time of the year. A lot of effort and even more production values are spent on attaching brands to the emotions the consumers might be familiar with come Christmas. For this blog I want to present my pick of Christmas commercials of this season that I really like – because they're brilliantly conceived and beautifully executed, thus almost letting me forget the manipulation and scheming going on behind their creation.

Perhaps my number one is our current Spot of the Week, the one for the Spanish Lottery. Commercials for the Christmas lottery in Spain can look back on a long tradition. I remember seeing them when they first started working for Archive 30 years ago. In this latest one - which might be the best one ever -  when the TV shows a re-run of last year's lottery drawing, an elderly lady checking her numbers thinks she is the lucky one. As she goes nuts with excitement and includes the whole town in her overwhelming joy.

The next one on my list is for Burberry and not a Christmas commercial per se even though the snowy/icy setting of much of it, as well as the star-studded cast and overall production values and not to forget the time it first aired puts it, to my mind, into the category. The three-minute ad is basically a trailer for a fictitious movie on the life of the label’s founder, Thomas Burberry. Directed by award-winning British filmmaker Asif Kapadia (best-known perhaps for his documentary on Amy Winehouse from last year) and boasting actors such as Domhnall Gleeson, Lily James, Sienna Miller, and Dominic West (as Ernest Shackleton) this sneak peek cleverly makes the viewer almost crave for a full-length movie to fill in the gaps.

Last year, Sainsbury’s "Mog the Cat" apparently won the battle of the Christmas TV ads in the UK, as it was seen almost 26 million times more than John Lewis' "Man on the Moon." This year, they are of course trying to repeat this success with a three-minute musical ad titled "The Greatest Gift" and voiced by British comedian James Corden. The production company behind the lovingly animated commercial is Passion, who were also the people behind last year's Christmas spot for the Spanish Lottery, a major award winner at the ad festivals this year.

Never one to be outdone at Christmas time, retailer chain John Lewis have come up again with another instant classic though what I'll remember about it forever will be Stuart Heritage's take on it in The Guardian: "A sledgehammer allegory for Donald Trump. A woman who gets shoved aside by an unthinking, self-interested animal even though she’s much more suited to the task at hand. Watch the advert while listening to Hillary Clinton’s concession speech. I dare you. It’s heartbreaking. John Lewis, you’ve done the impossible. You’ve made 2016 worse."

The German Edeka chain of supermarket treads on the same conceptual ground as Sainsbury's - Christmas as a very stressful time really, that leaves too little time to be there for the ones you love. In the German spin on this theme, we watch from the perspective of a little girl desperately trying to get the attention of her parents busy with preparations for the holiday season.