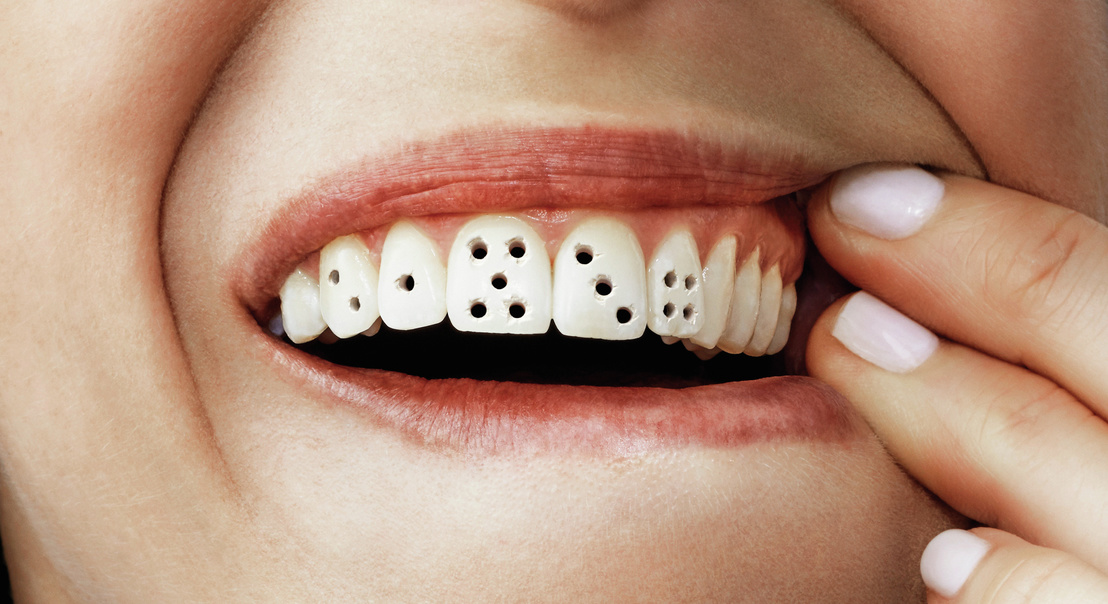 As usual there wasn't a whole lot of new work for me to discover at the Epica Awards this year. The few outstanding campaigns I had not known about, or seen before or featured in the magazine I wrote about in the Editor's Blog two weeks ago. There was one print ad, however, that keeps haunting me. I didn't think it was especially noteworthy, so even when it won the Grand Prix in Print at the Epicas, I didn't feel we (or you) were missing out on much by not having it included in the magazine. (The agency, TRY, Oslo, had not been submitted for publication in Lürzer's Archive.) And then lightning struck twice and it also won the Grand Prix at Eurobest!

The ad in question is for Norwegian Airlines and the headline is simply "Brad is single", before the ad announces that a one-way tricket to Los Angeles with the airline costs £169. Quite funny? Yes. Topical? At the time yes – absolutely – the ad appeared a couple of days after the Brangelina split was announced. And there is no doubt that TRY, Oslo, is among Norway's finest. But two Grand Prix at two different ad awards? The best in print advertising around? I don't think so! This is of course in no way the creatives' fault who did a perfectly decent job. The blame for this awards "accident" – for that is what it seems to me, should rather be laid at the awards juries' door (one of which I myself happened to be part of... I know! I should have protested more when a majority of my colleagues in the jury in Amsterdam voted for it), and of course the awards organisers, who failed to get good print work submitted. At Epica at least, there wasn't really much else to vote for.

I chatted with Will Rust, ECD of Ogilvy One, Dubai, who was one of the CDs behind, what to me is one of this year's best print campaigns, the one for Qatar Islamic Bank. We featured it earlier this year as our "Print Ad of the Week" and in Vol. 3/16 of the magazine. He said, "I'd like to think print isn't dead, but you'd be forgiven for thinking so by looking at the Eurobest Grand Prix. It's a topical print ad that 20 years ago was standard stock," and "Sometimes it feels like the ad that wins the Grand Prix is the only one that the jurors had no objection to, which can be a pretty short list once you take out all the fighting between networks in this bitter industry." I'd be thrilled to find out what you think about this Grand Prix winner. Perhaps you could let me have your take on this in the comments section of this blog on FB.

From bemoaning the fate of print advertising as distortedly reflected in recent award shows, let let me get to the main point of for weeks editor's blog: It's what awaits you in the current issue of the magazine, and which, incidentally, is a testament to the fact that print (as well as outdoor, since we don't distinguish in the magazine) is very much alive – it just depends where you are looking: Anyway, you can find a total of 79 print campaigns in our latest issue. The US is leading this time with 13 print and outdoor campaigns but, as always, Brazil is not far behind, taking in fact 10. This is a number matched by the UK, and then France with 6 print/outdoor campaigns in fourth place. As for Film, we have selected 45 ad campaigns (TV or internet) with the UK heading up this bunch with a tally of 12, followed by the US with 10. There are also 4 films from Germany, a couple of films from Japan, and one from South Korea.

The main interview – titled “Whoever thought that television could be a force for good?” – was this time conducted by Hermann Vaske, who speaks to Bill Roedy, the former CEO of MTV. In the Digital section, our guest juror for this issue was Israeli creative Gideon Amichay, former CCO and Partner at Tel Aviv agency Shalmor Avnon Amichay/Y&R, and Founder at No, No, No, No, No, Yes, New York & Tel Aviv – one of the creatives who put advertising from Israel on the map. He has selected digital work from China, France, the US, Canada, and the Netherlands. His interview comes under the headline “I believe the real fight these days is between good content and bad content.” 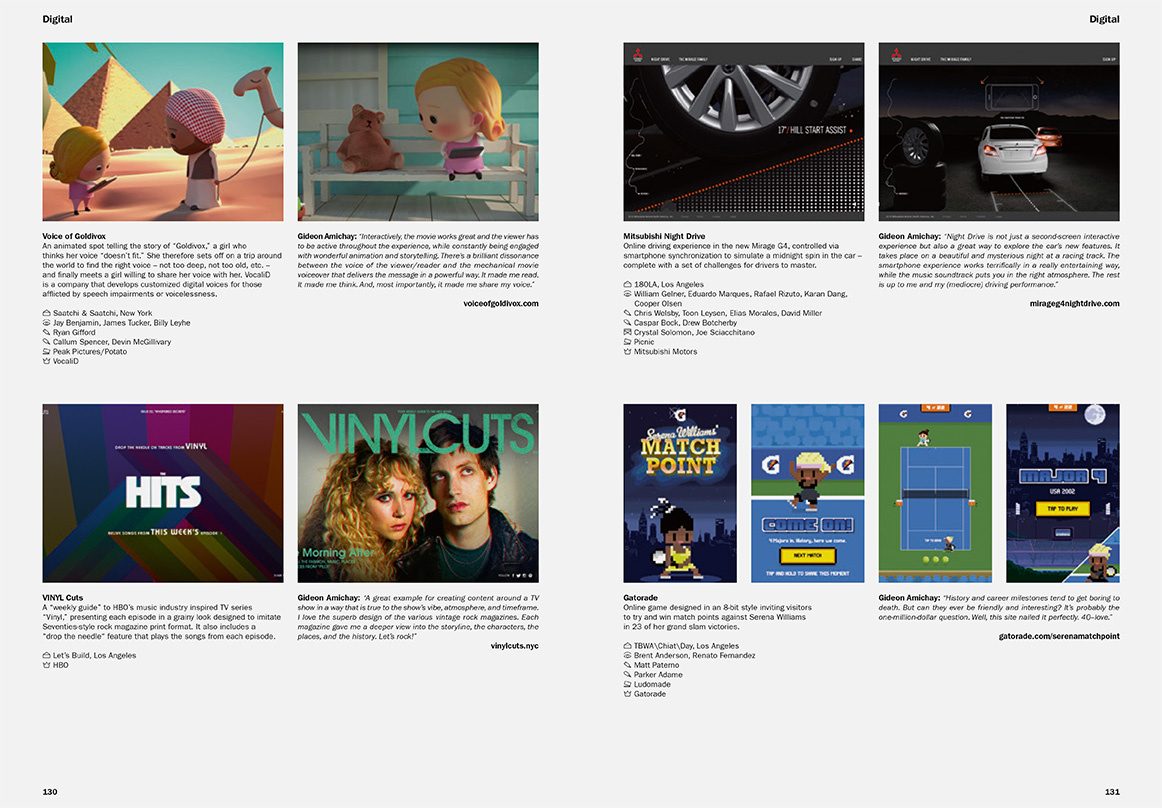 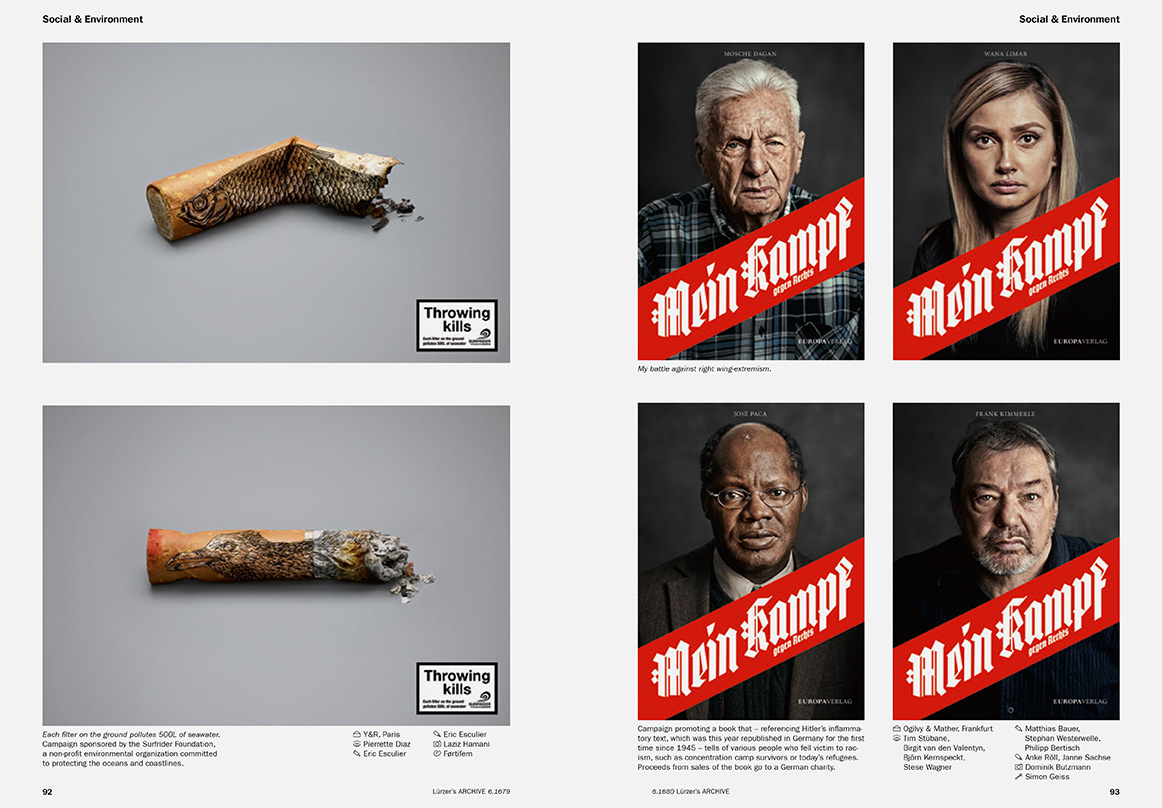 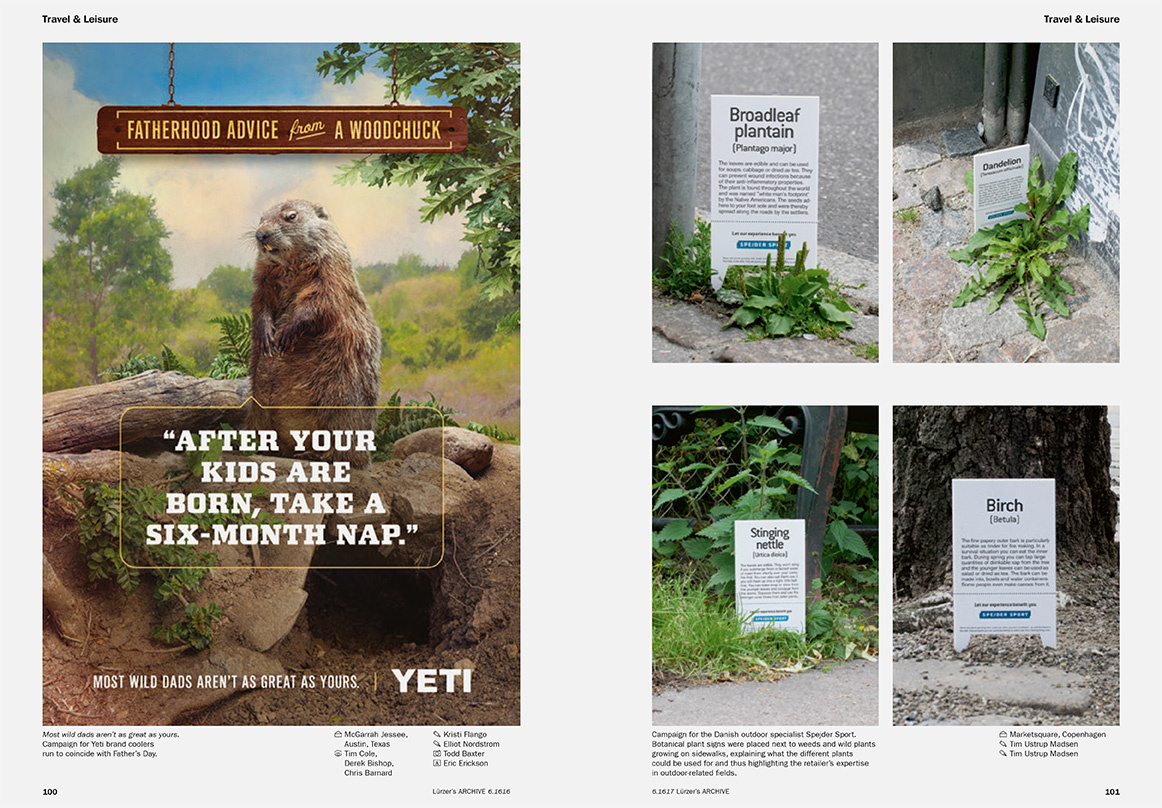 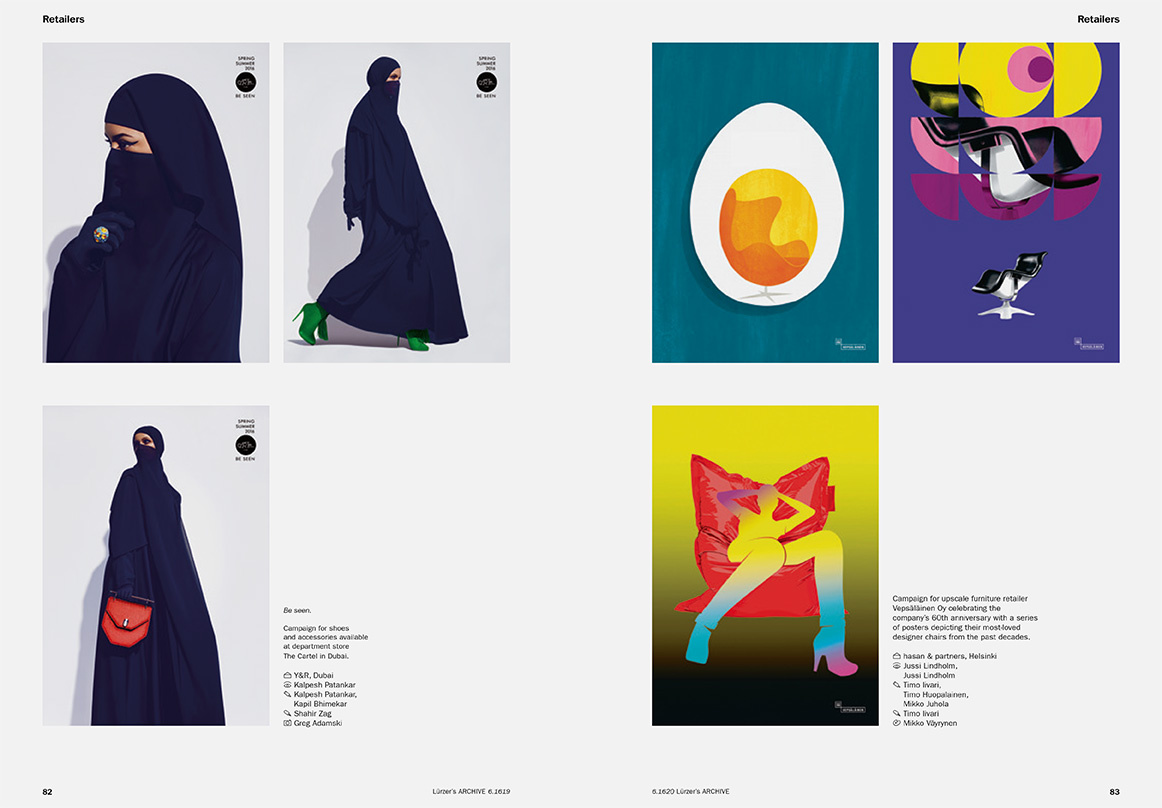 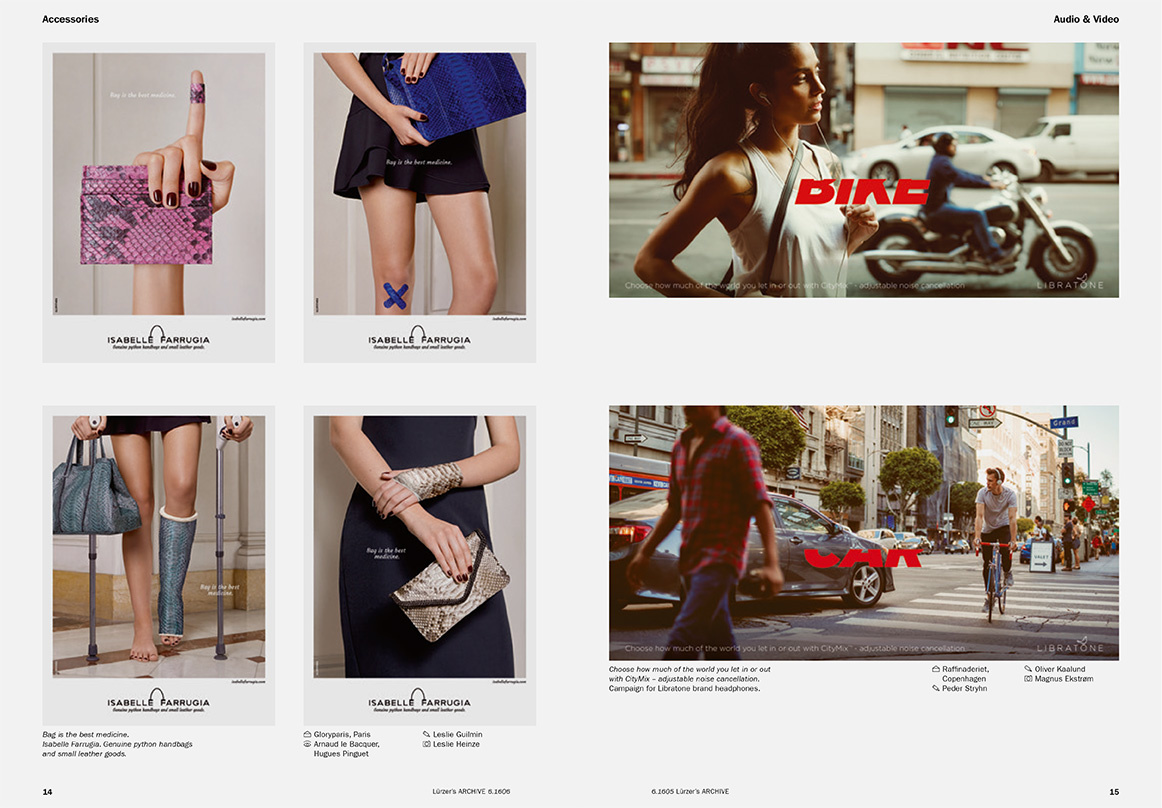 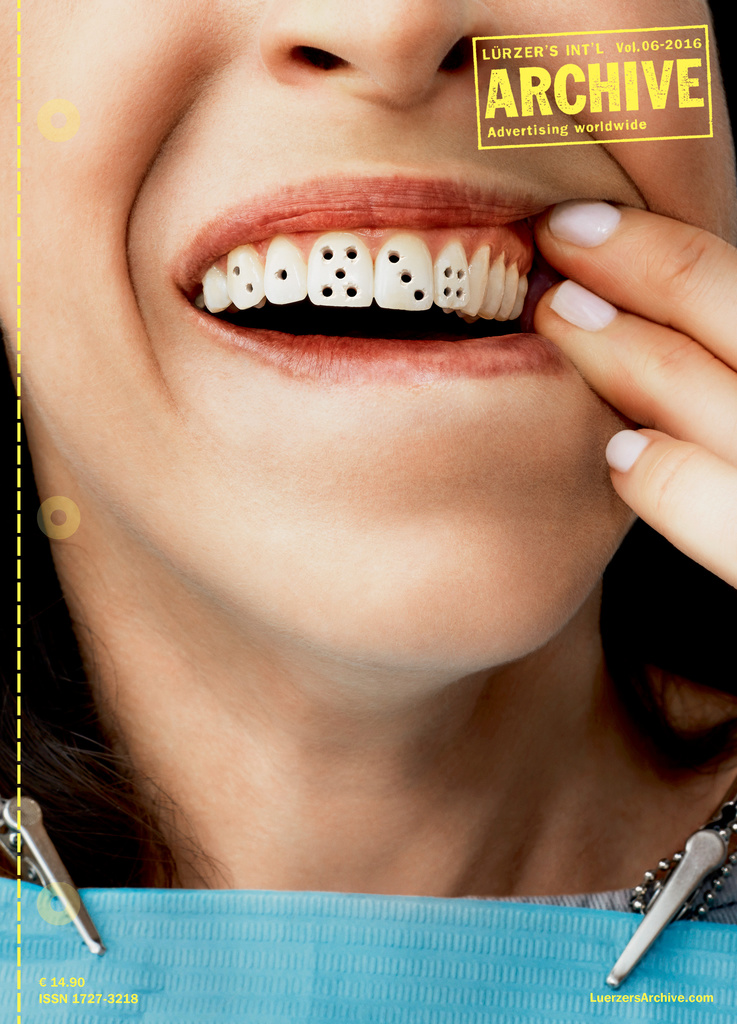 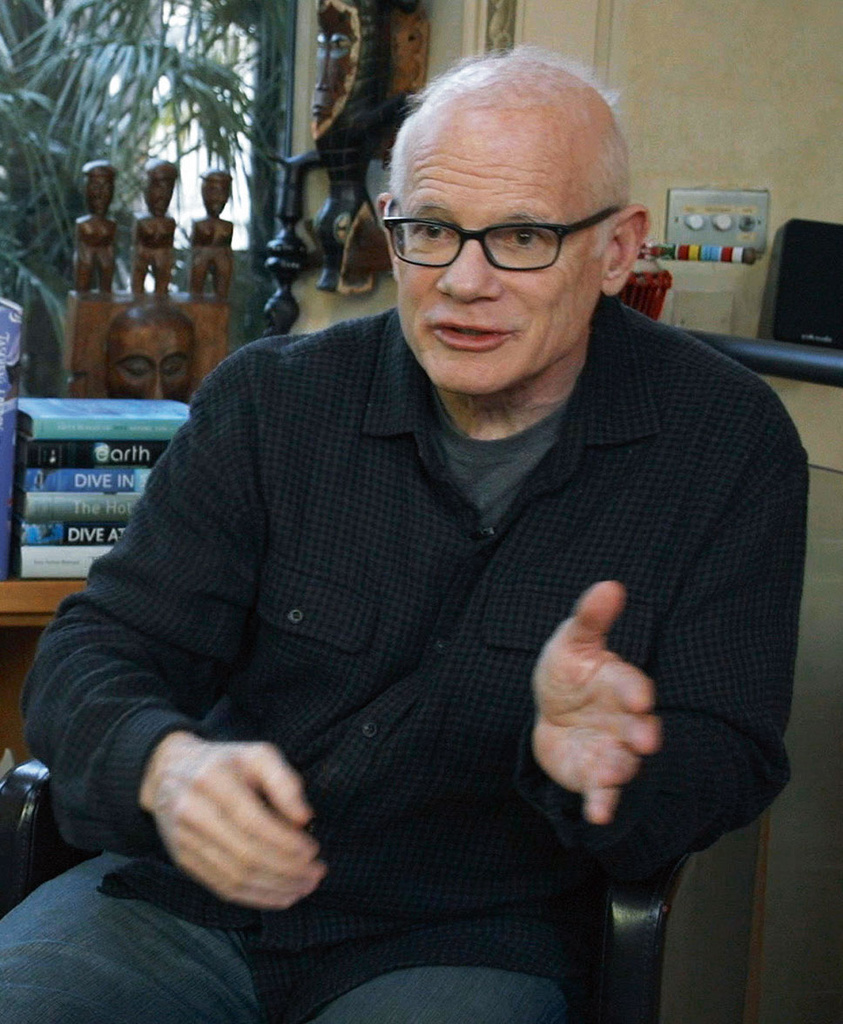 Bill Roedy, former Chairman and CEO of MTV Networks International. Hermann Vaske interviewed him for this issue of the magazine. 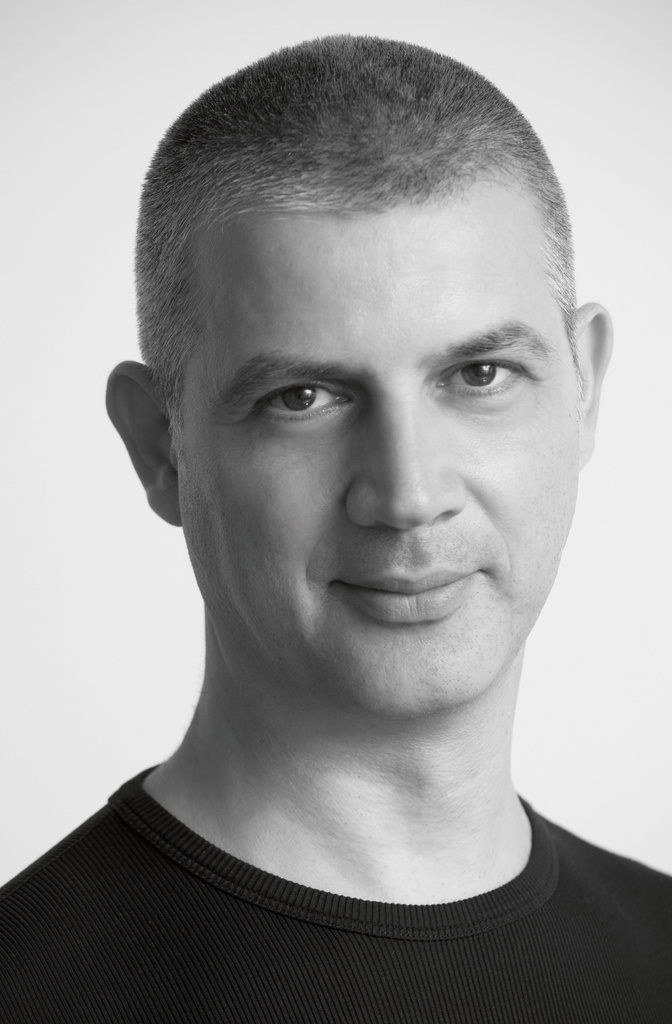 Gideon Amichay, founder of creative shop "No, No, No, No, No, Yes,” based in New York City and Tel Aviv. He's the one who selected the digital work featured in Vol. 6/2016. 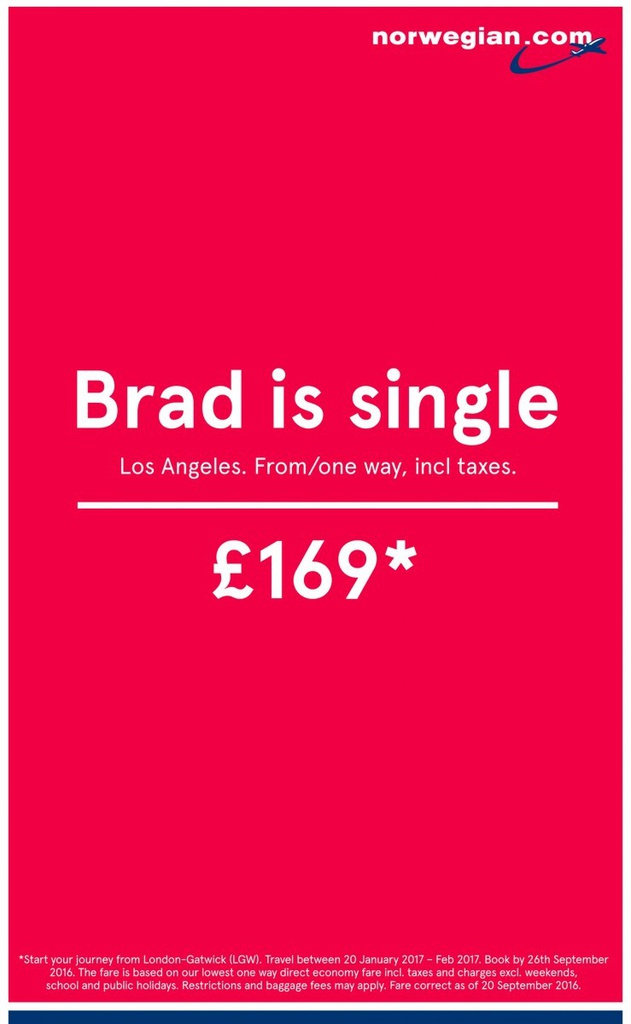 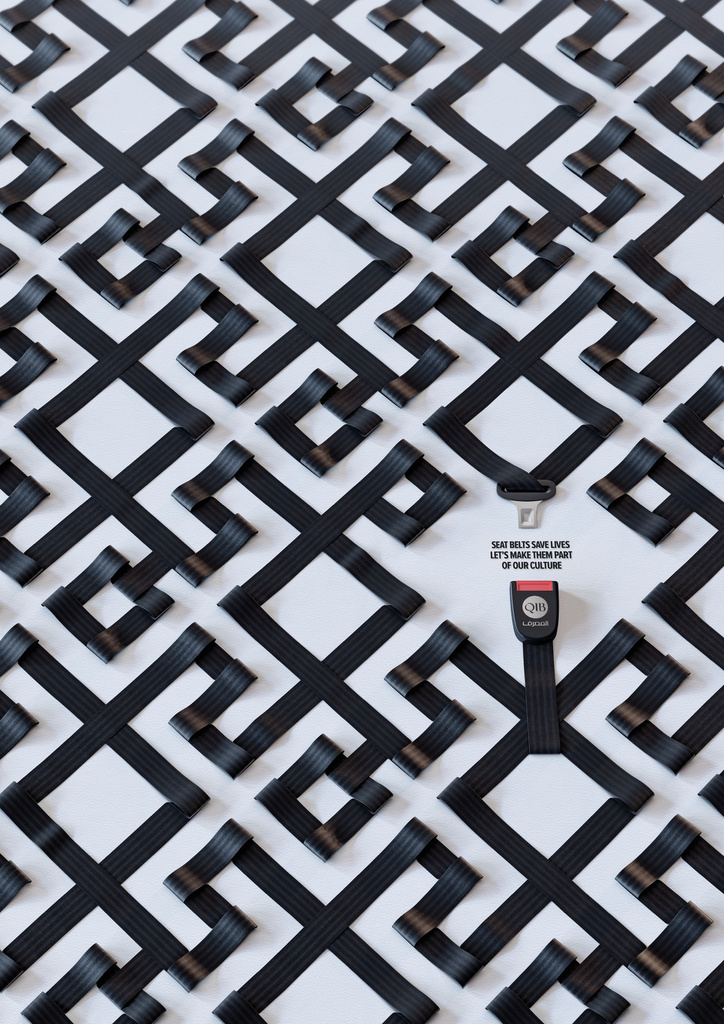