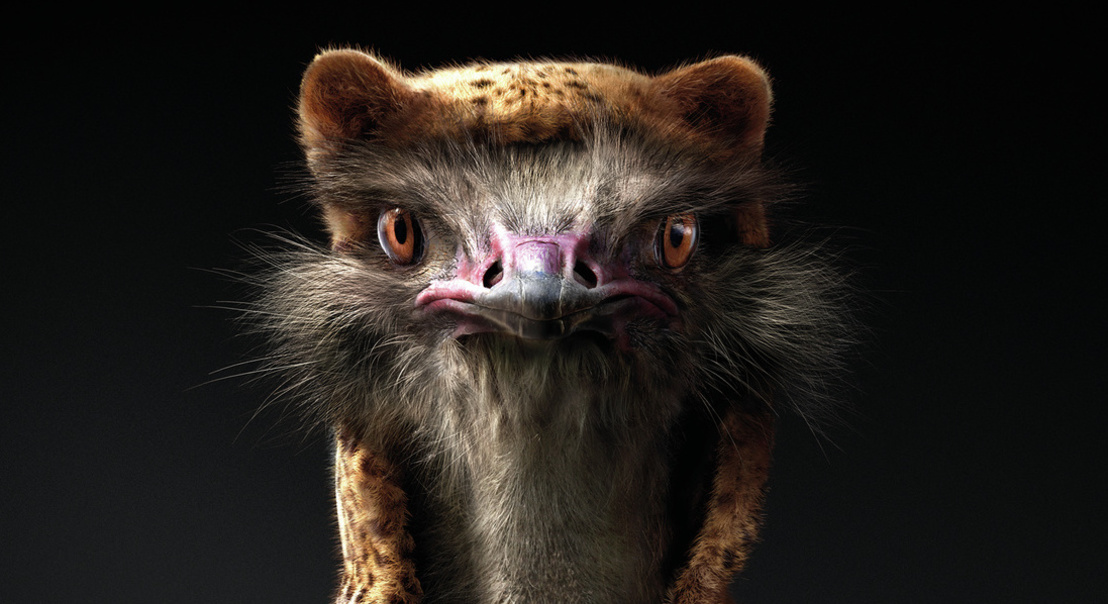 Editor-in-chief Michael Weinzettl lists his favourite print (and outdoor) ads of this year.

In this bubble we call creative advertising there was a lot of talk once again this year that "print is dead." This was mostly due to of print entry submissions having been down at the award festivals. As Ad Age put it in a more nuanced way: "Print advertising”, once the most important medium for marketing messages, is going through an awkward phase. According to Print & Publishing Jury President Joji Jacob, group executive creative director of DDB Group, Singapore, print "is not going to die" – it's scary how often people involved with print feel a need to say this – but it is "trying to find its feet" in the "age of distraction."  Another reason why print got a bad rap this year was a print ad for Norwegian Airlines with the headline "Brad is single again," which won not only one but two Grand Prix awards, at Epica and at Eurobest, something that made people wonder, what on earth this really quite mediocre advert had been up against. (I wrote about it in my blog two weeks ago.) Be that as it may, today I'm presenting you with my personal pick, my Top Ten in print advertising this year. I selected them from our "Print Ad of the Week" section that is published every week here on our website. In my  opinion each one of these would have been more deserving of a Print Grand Prix at these award shows, provided that they were even submitted by the agencies behind them. They're appearing here in chronological order, in which we selected them for "Ad for the Week." 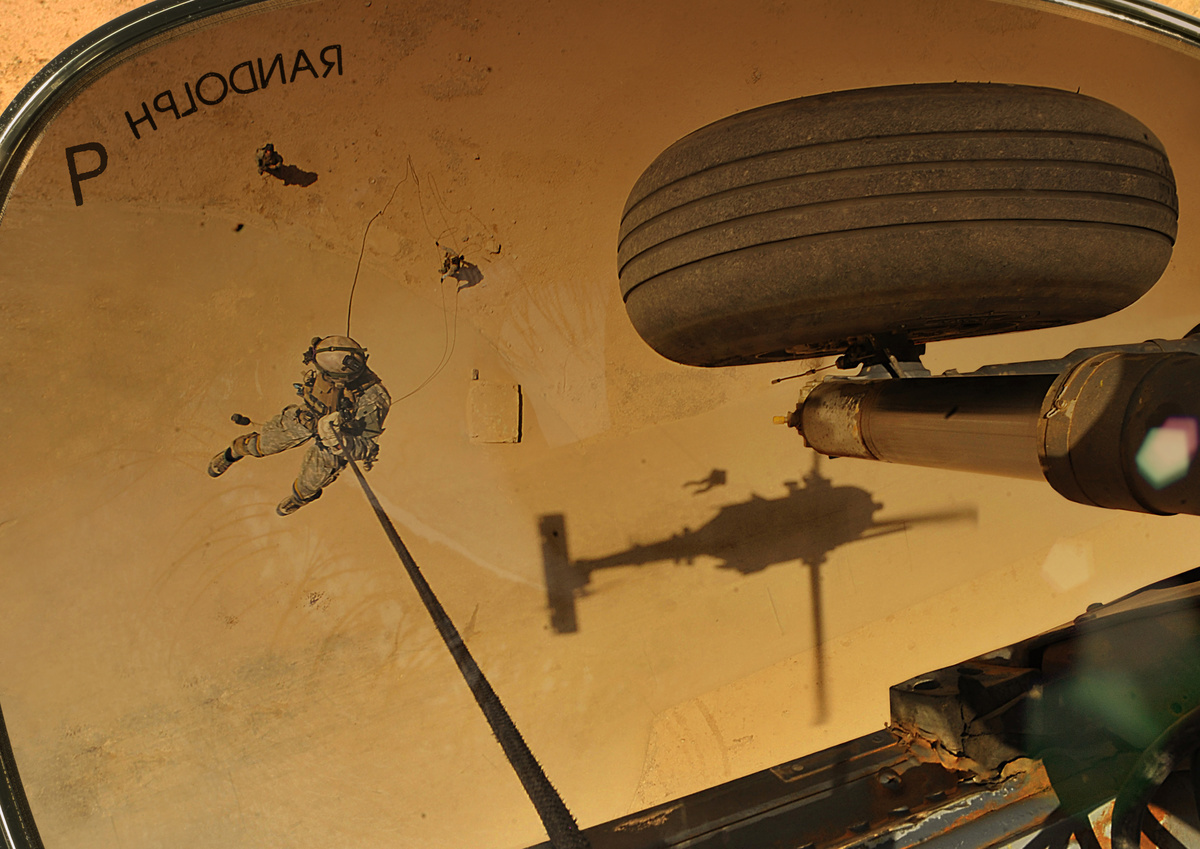 The second one is also from the UK and can boast photography by Nadav Kander, who's recently been in the news for his – some say rather subversive – Time Magazine cover shot of Time's Person of the Year, whose name I'd rather not mention. Client: The Samaritans, Agency: MullenLowe, London, Creative Director: Mark Roalfe, Art Director: Richard Denney, Dave Henderson, Copywriter: Jack Patrick, Photographer: Nadav Kander, Digital Artist: Ryan Self, Rob Hare 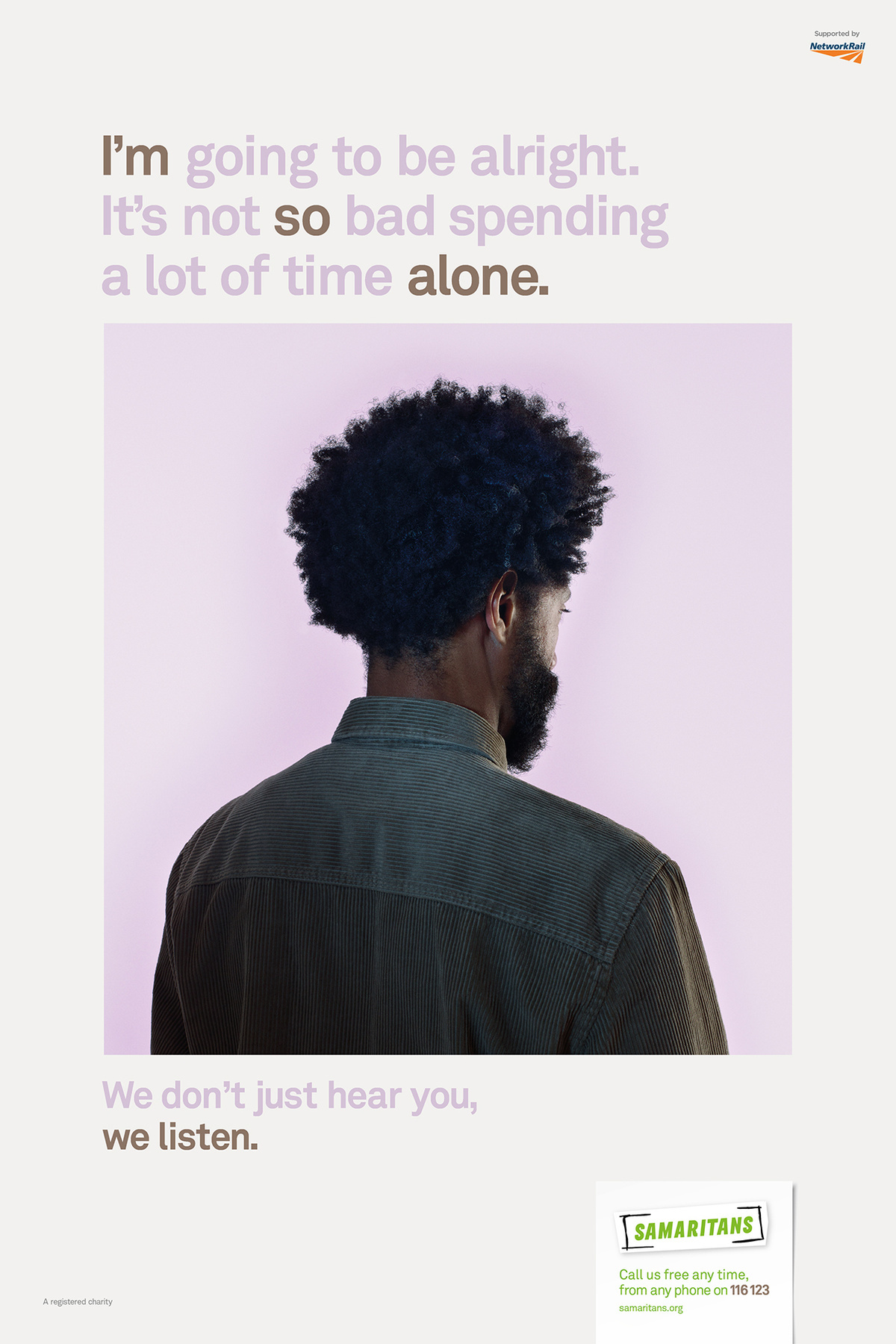 This ad for smart cars from Germany was to me an instant classic, even though the headline was in some circles heavily criticised for its use of profanity. Client: Smart, Agency: BBDO, Dusseldorf, Creative Director: Jörg Tavidde, Anno Thenenbach, Darren Richardson, Art Director: Claudia Janus, Copywriter: Dominique Becker, Photographer: Christian Rolfes 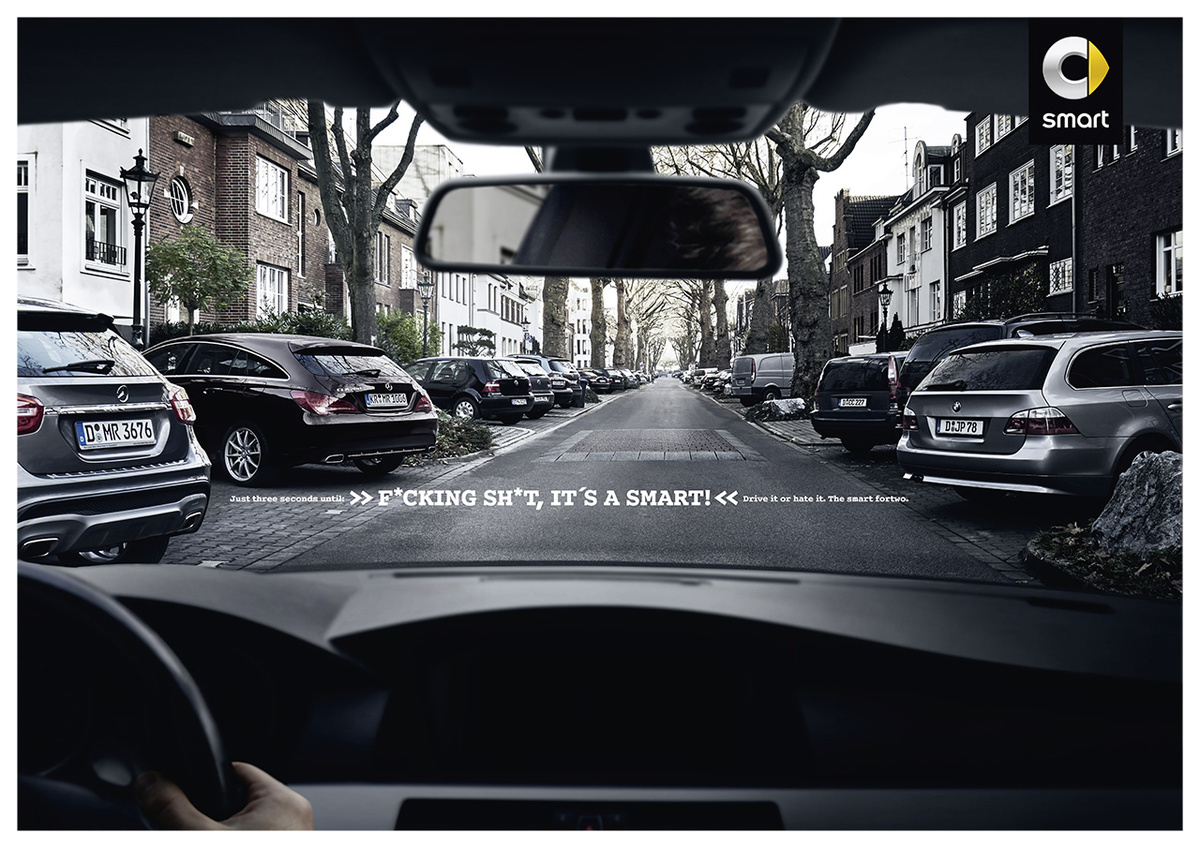 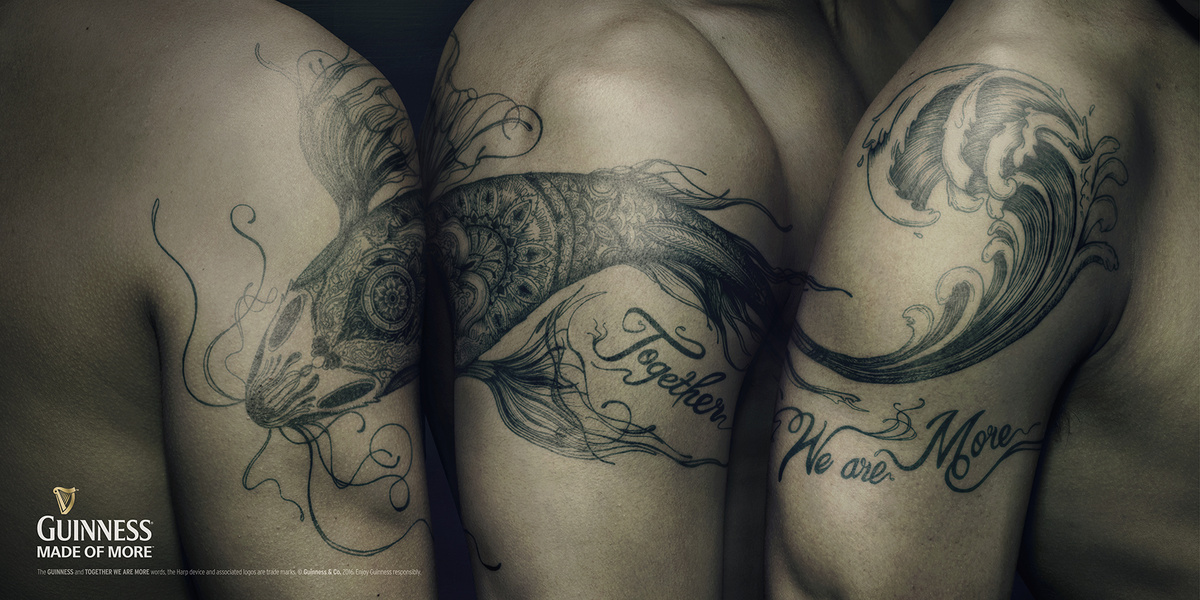 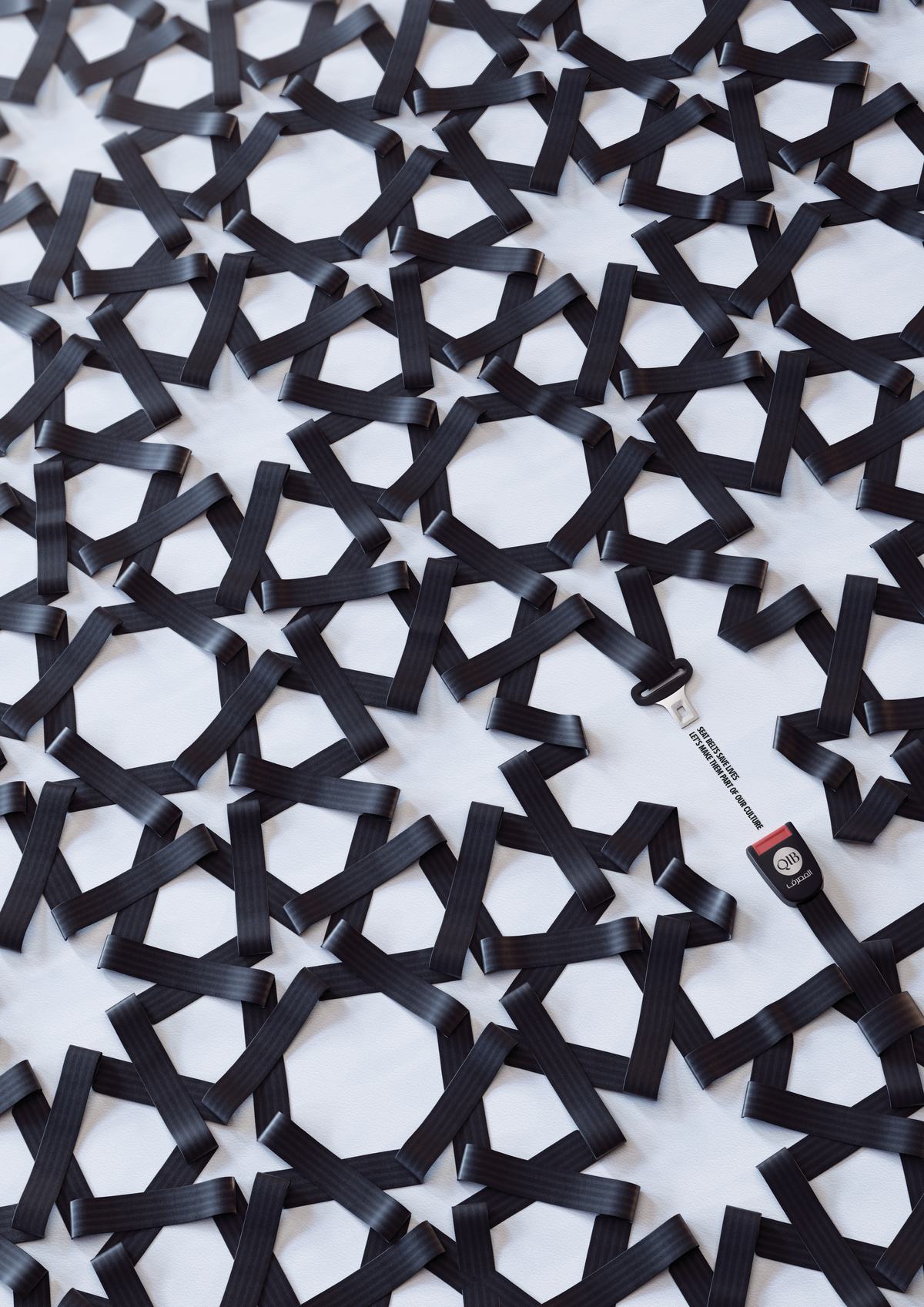 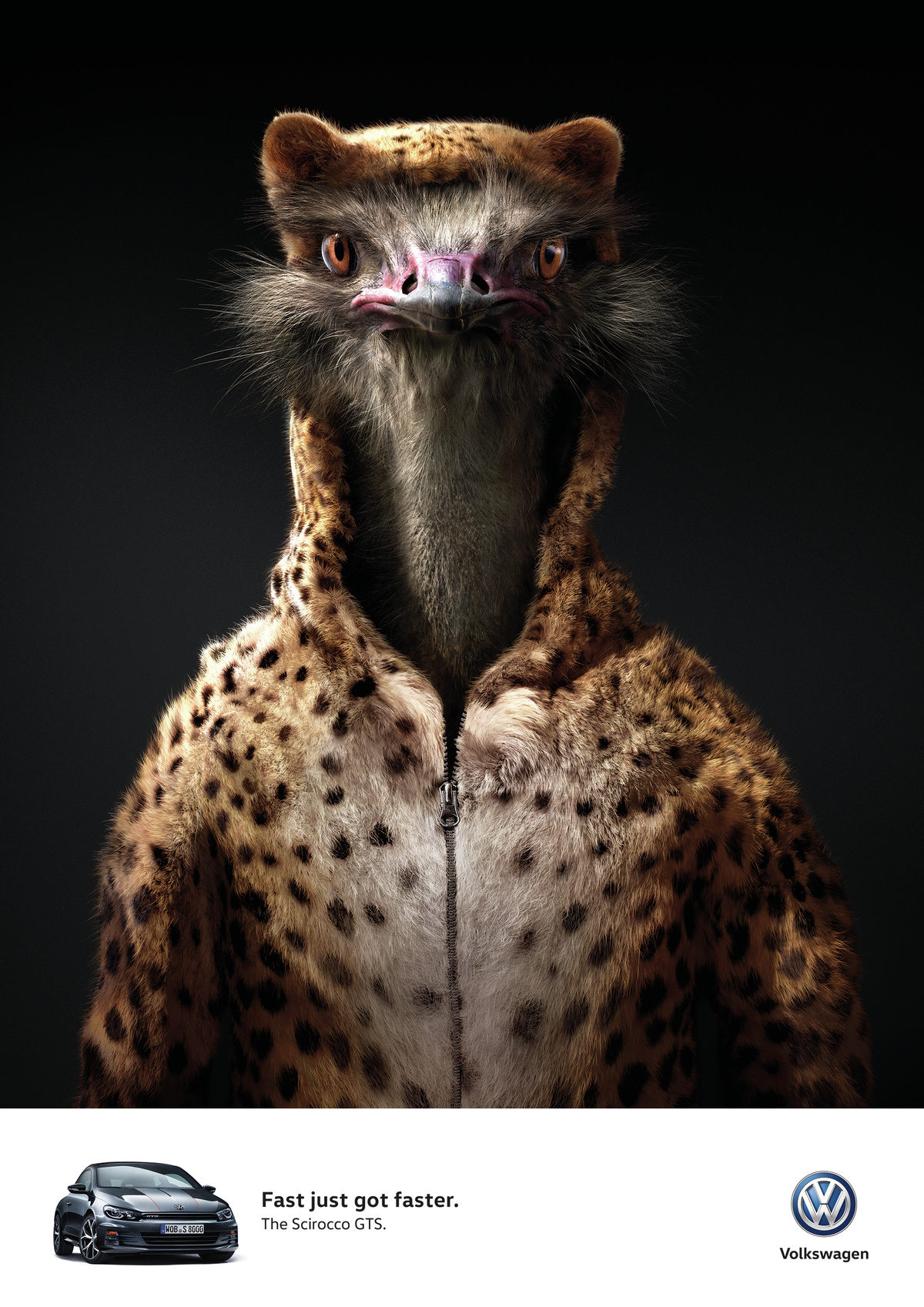 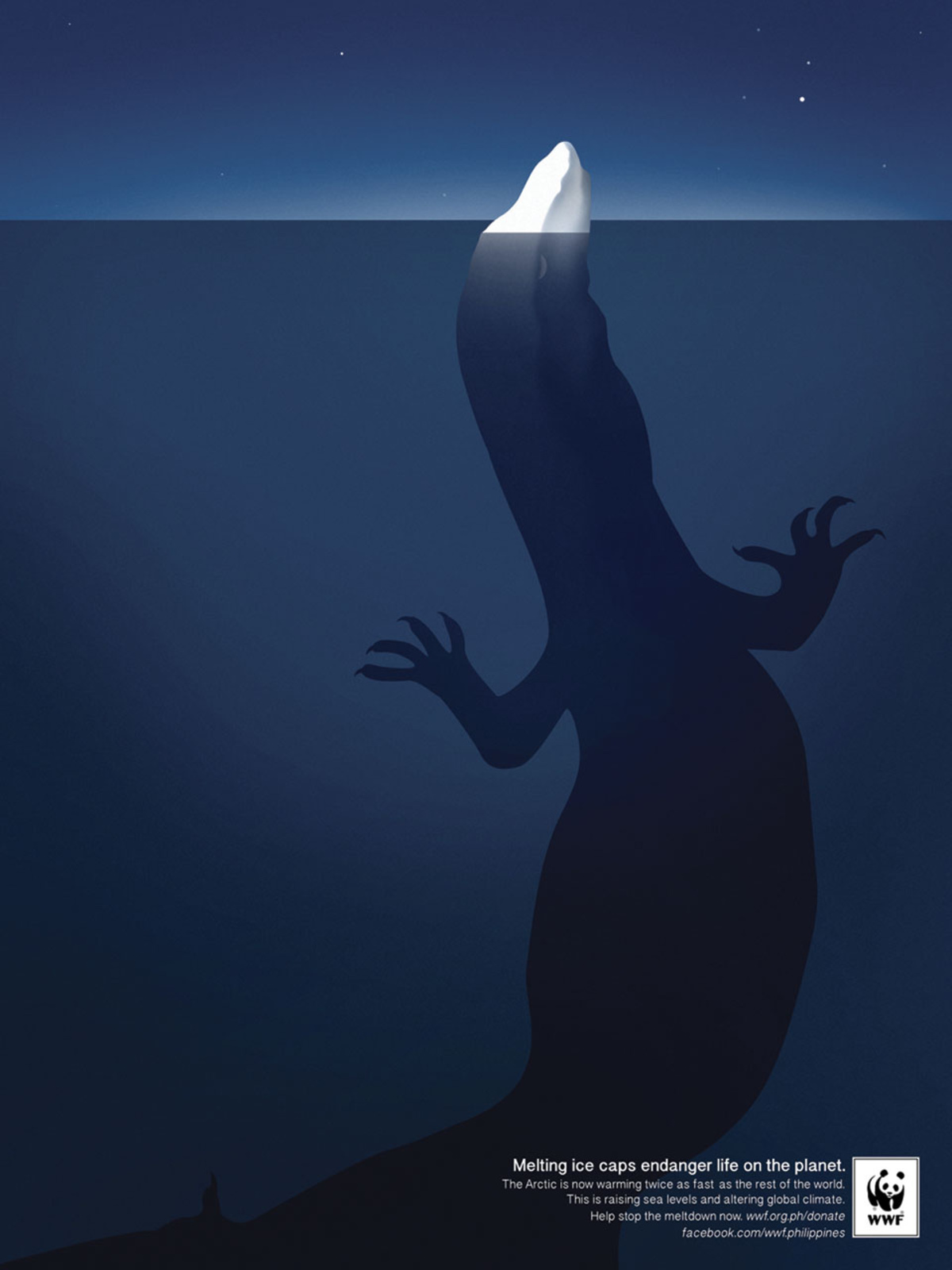 And yet another German agency, Scholz & Friends, Berlin, in my personal Top Ten. A detergent ad that due to its ecological spin (very on-brand from the perspective of German consumers) manages to look more like an outtake from a science fiction film than the kind of stuff that usually awaits you with washing-up liquids. Client: Frosch, Agency: Scholz & Friends, Berlin, Creative Director: Robert Krause, Art Director: Matthias Spaetgens, Wulf Rechtacek, Copywriter: Maira Weidmann, Digital Artist: Elke Fischer 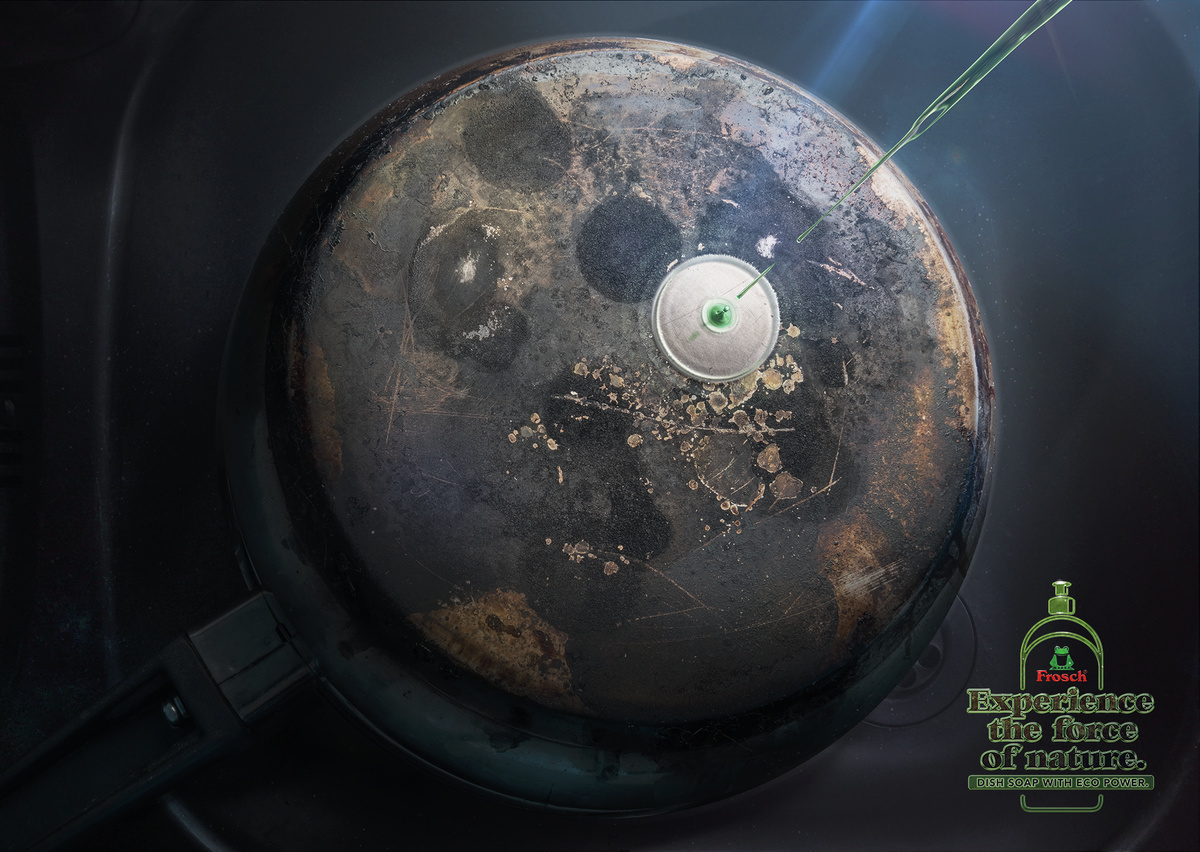 It's true that there is little in term of creative ideas that has not been done to death with regard to hot sauces. But in this case the execution carries the day. Client: De Cabrón Chilli, Agency: Africa, São Paulo, Art Director: Bernardo Romero, Digital Artist: Lightfarm 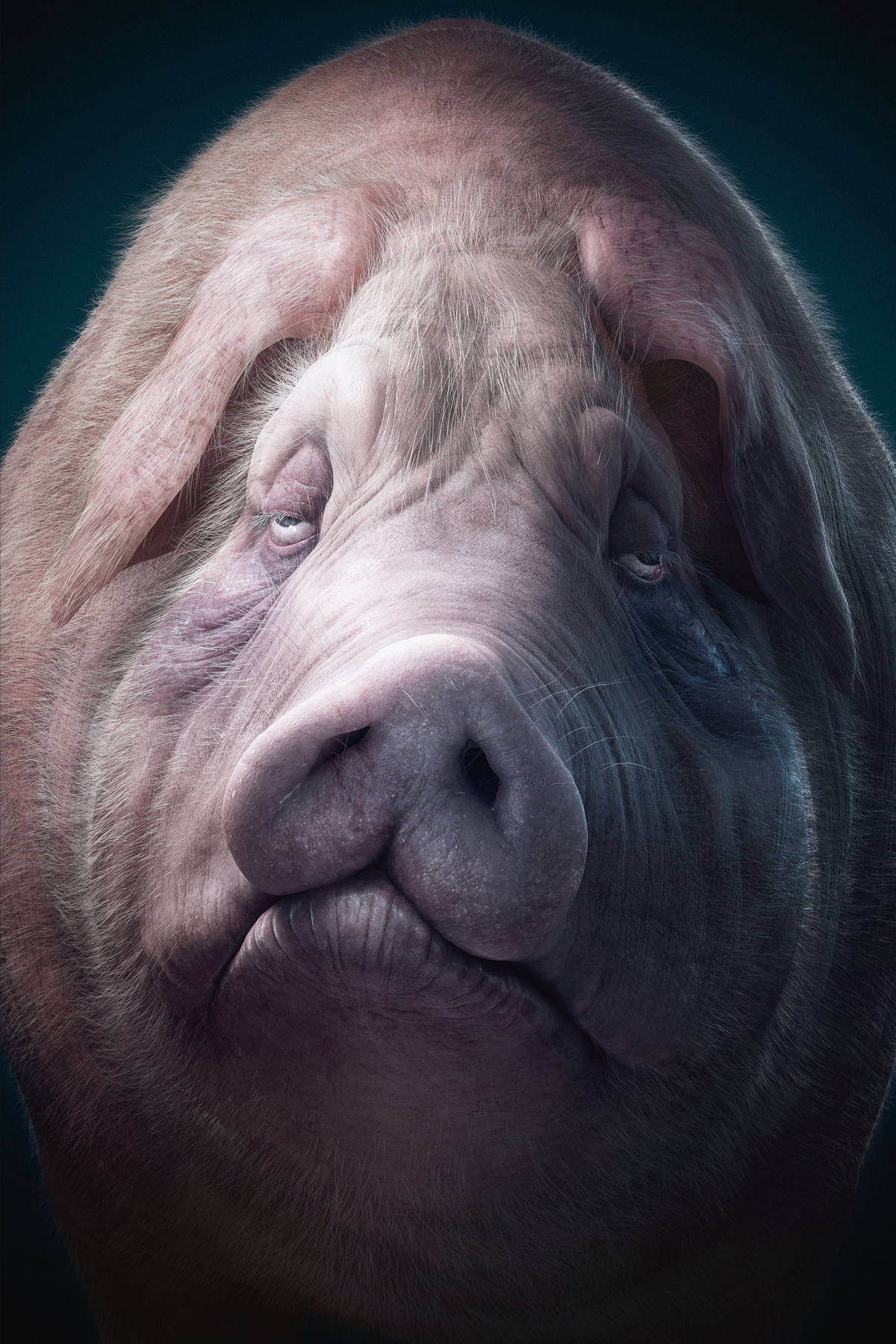 Departing from the usual Safe Sex messages, this campaign by French Aids charity AIDES (which literally translates a "help") came up with a stunning visual to educate the public about the benefits of anti-viral therapies available for those carrying the HIV virus and possibly even those, who though HIV-negative, may want to opt for what is termed PrEP (short for pre-expostion prophylaxis). Client: Aides, Agency: TBWA, Paris, Creative Director: Benjamin Marchal, Faustin Claverie, Art Director: Sebastien Skrzypczak, Photographer: Mathieu Cesar 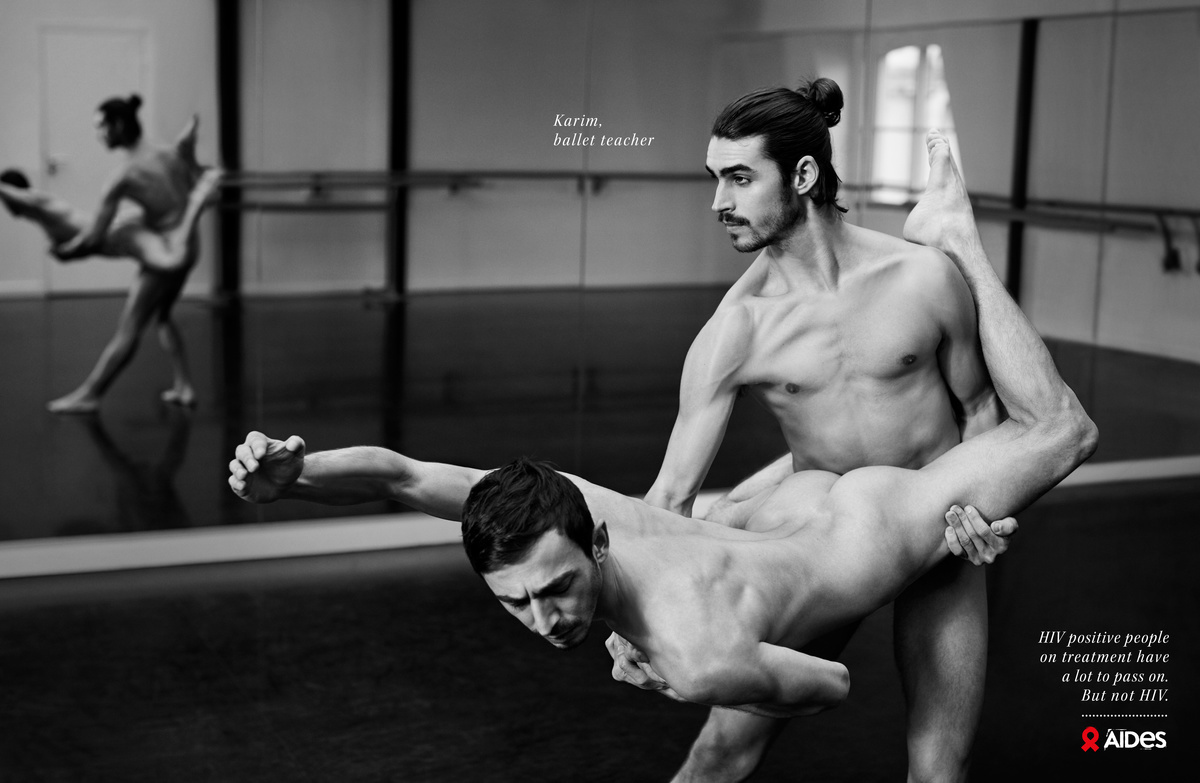 Ok, so this my personal Top Ten in print this year. Let me know, which was your favourite print ad this year in the comments section of the FB posting of this blog. 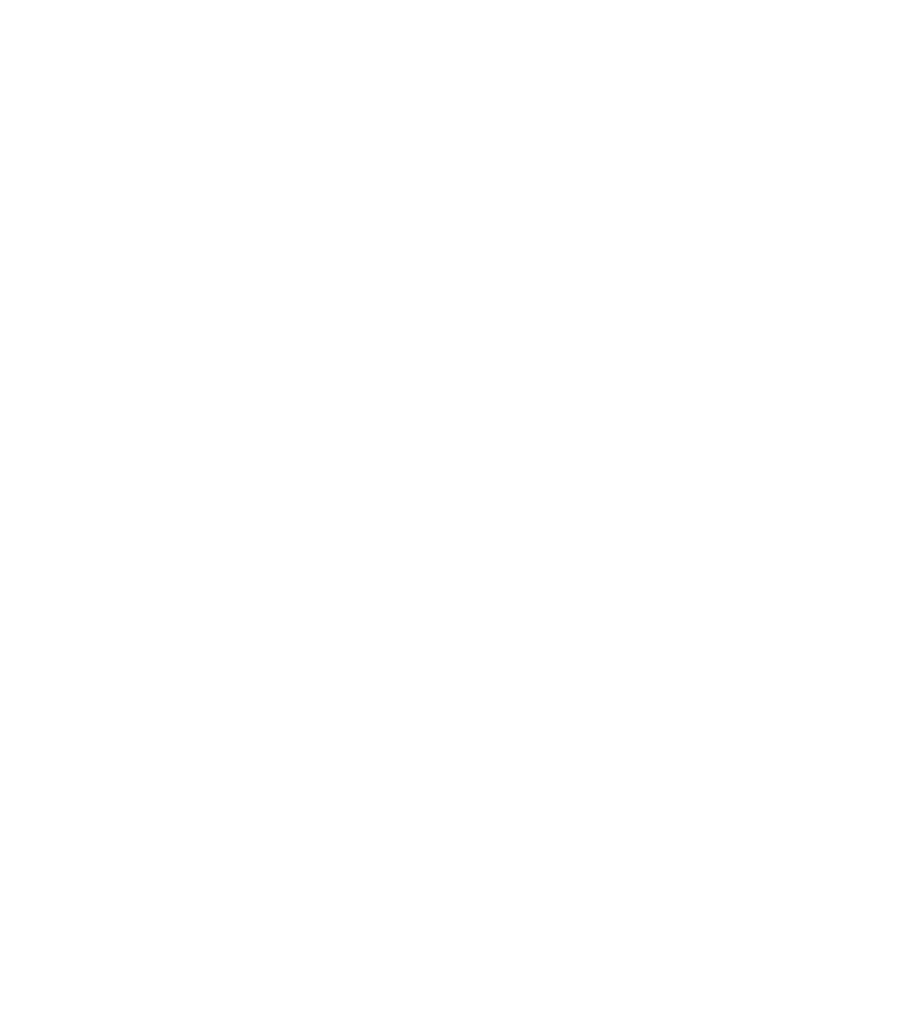