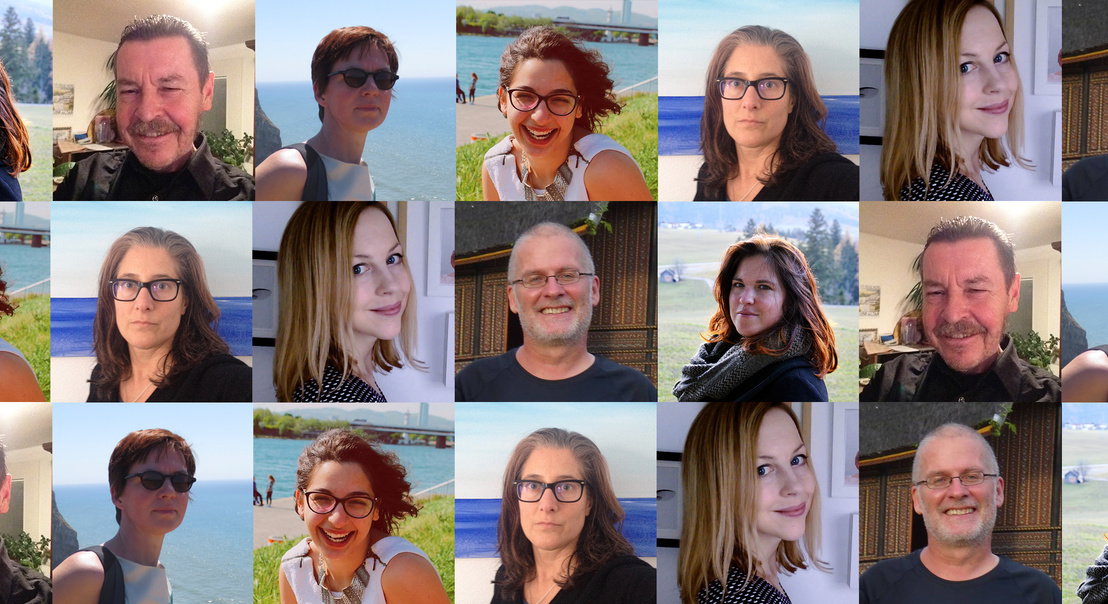 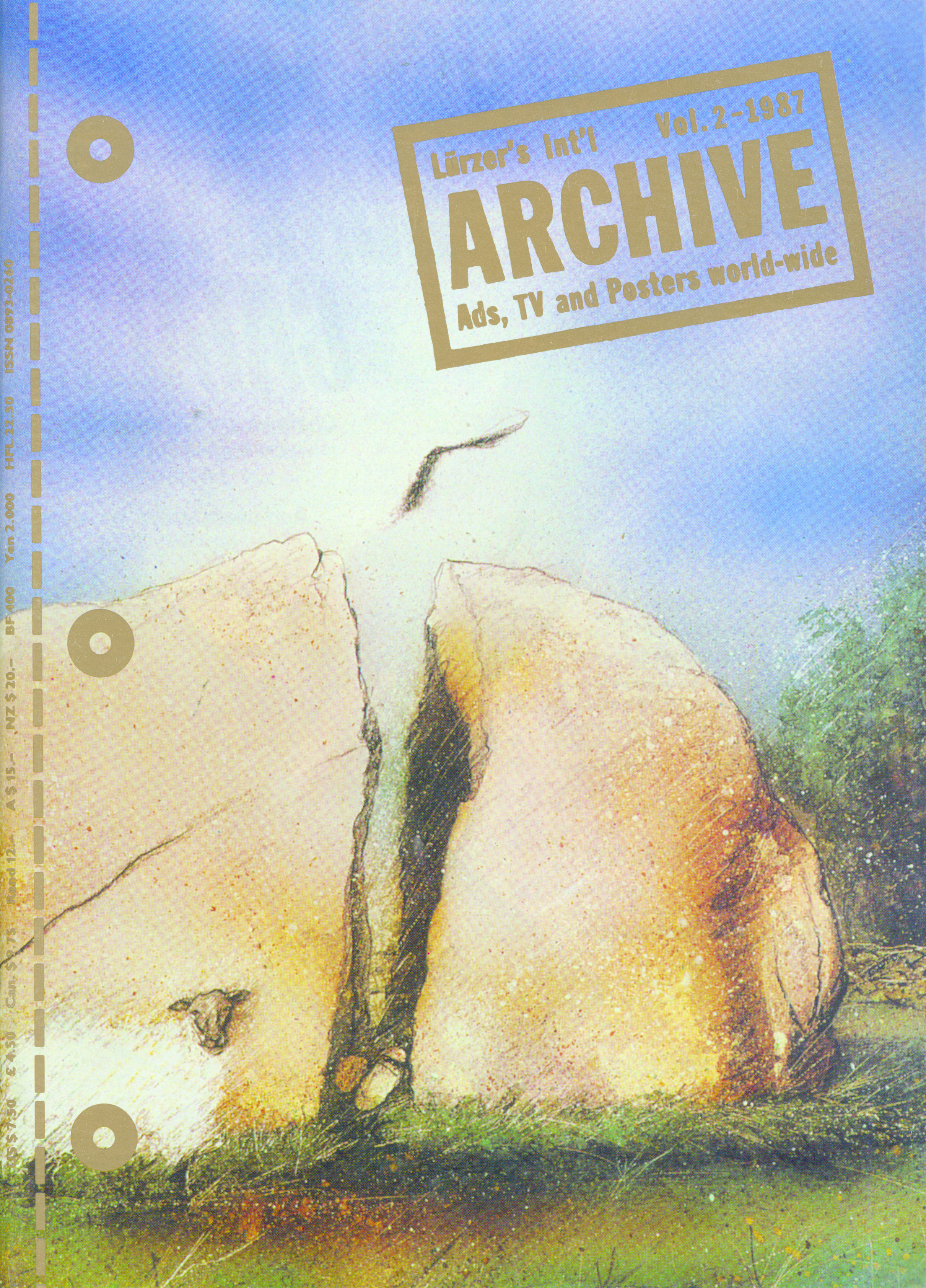 At the time we - that is Gerlinde Kuhn, who was managing work on the magazine, Barbara Schork, a design student who came in a few times a week and myself - were the magazine's entire staff and we were located in the basement of the building that housed the Lowe Lürzer agency in Frankfurt. A few months later, for one reason or another Walter Lürzer, the founder and editor, made us move to another one of his buildings in Frankfurt, quite a large building complex really, close to the Frankfurt Fair where we stayed till the early 2000s.

I had decided to move to Berlin in 2000 and work from there, and a couple of years later Walter moved the editorial office to Salzburg, Austria where he originally hails from. A few years later, Salzburg would no longer do, mostly because of what Walter Lürzer deemed a lack of qualified people to work with. So, it was on to Vienna where, after a somewhat rocky start, the HQs of Lürzer's Archive have been to this date at Keinergasse 29 in the third, or Landstrasse district of Vienna. I should like to introduce to you the members of our editorial team that actually work on each issue of the magazine and which you might be in contact with:

First of all there is Christian Hrdlicka (don't even try to twist your tongue around his last name unless you are Austrian or Czech, just call him Chris). He's been with us as our Managing Editor since 2009. He's responsible for the production of all Lürzer's Archive publications and serves as an interface between editorial, advertising sales, the IT, subscription and circulation department. He's from the town of Mödling, Lower Austria, practically a suburb of Vienna and commutes to work daily.

Christine Thierry is our designer/art director and as far as I'm concerned a God-send. After periods of great aesthetical strife and chaos in the magazine's history she quickly started restyling the books' and the specials' look as unobtrusively as she was thorough. She has been with us for two years and I hope will remain so for the rest of my natural professional life. Knowing her at the helm of the magazine's design makes me rest easy.

Anna Maltschnig is the other "echt-Wiener" member of the team. She's one of the two Associate Editors and has worked earlier for us from 2007 to 2008. Two years ago, in 2014 and armed with a MA in Psychology and a degree in graphic design she thought it fit to start working for us again. She's in charge of all the film and digital entries and is the one who'll call you up if you've just created an outstanding commercial. She reviews in the New Books section of the magazine and she has the truly thankless – I know because I used to do this myself for many years – task of writing synopses for the commercials featured in the magazine. She has a – to me inexplicable – penchant for bunnies, "Raindrops on roses and whiskers on kittens/Bright copper kettles and warm woolen mittens," the latter probably because she likes to vacation in Iceland of all places.

Sonja Ryzienski (another Slavic surname so common in the eastern part of Austria that might have your tongues in a twist) has been Associate Editor for four years and originally hails from Graz, Styria –  just like Arnold Schwarzenegger though with way better English (she spent a college year in New Jersey) and looks more like a young Nicole Kidman. She has degrees in English, communication & graphic design and is in charge of all the print campaigns showcased in the magazine. Just like Anna she contributes articles to the website and book reviews to the magazine. Her interest in print extends to contemporary literature where she enjoys authors such as Jonathan Franzen and Jeffrey Eugenides (I approve!) and, also, John Irving (no one's perfect!).

Three other people who contribute to the editorial content of the magazine on a freelance basis are Steve Elford, who edits and proofreads all English texts in the magazine and the specials. He's been working with us as long as I'm with the magazine, i.e. 30 years! I first met him as a colleague at Frankfurt's Volkshochschule (Adult Education Center) where I was teaching English for Beginners and he, an ex-pat Brit, the advanced courses. Thanks to his editing skills my interviews, book reviews and forewords don't depart too weirdly from proper English usage. The same job for the German version of the magazine is done by Jana Froebel who lives in Berlin and who I found in early 2000 through a small ad in Berlin-based listings magazine Tip. And our youngest member is Aida Aly, who proofreads all website articles. She was born in Cairo, Egypt to American parents, where she completed her Abitur and now lives in Vienna.

So this is the core group of people who provide you with your "Archive experience." I thought it was high time I introduced them to you! 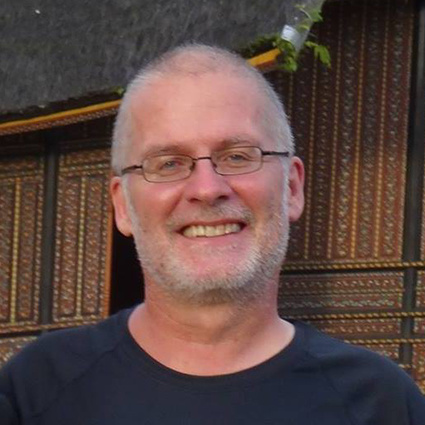 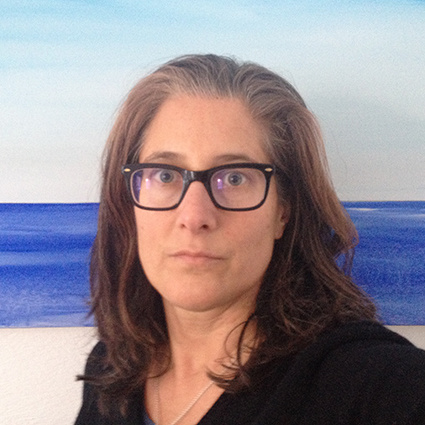 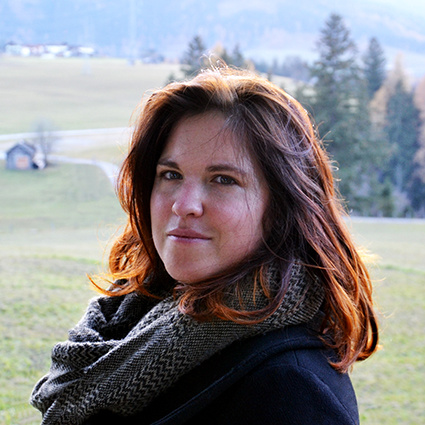 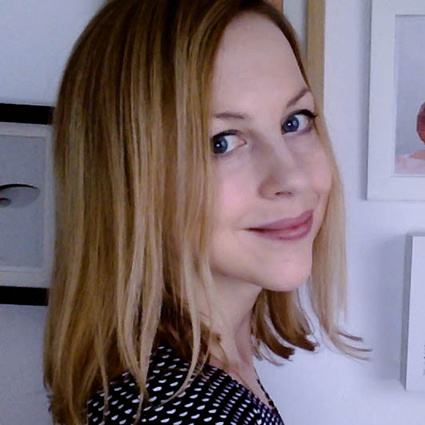 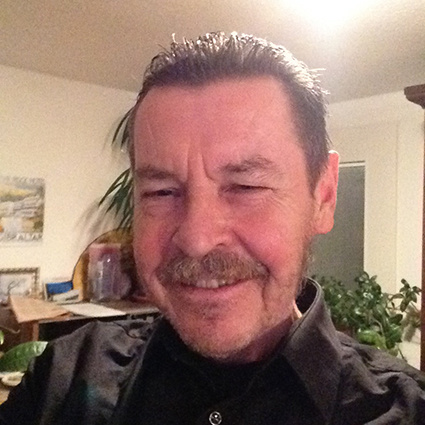 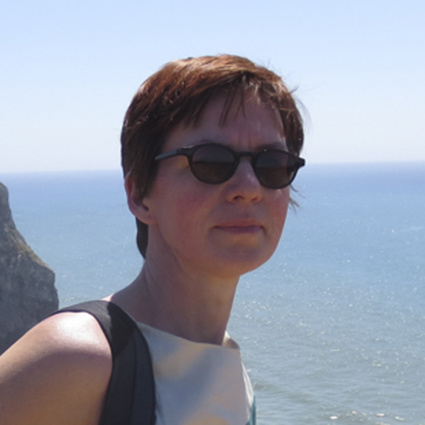 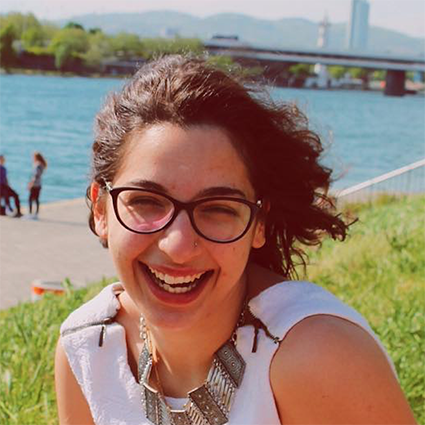