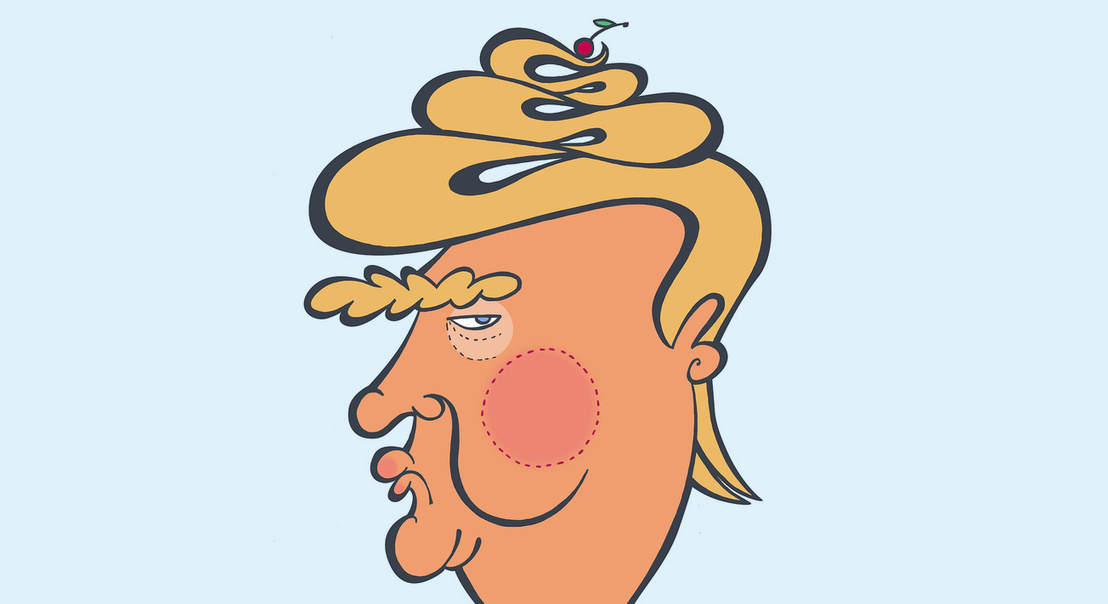 Michael Weinzettl introduces Anne Telford and her new blog for this website.

Anne Telford is a freelance writer, editor, and photographer based in La Jolla, a hilly seaside community within the city of San Diego. The former managing editor – and current editor-at-large – of Communication Arts magazine also edited the quarterly newsletter Illustration Voice for the last seven years. Furthermore, Anne is a proud founding board member of ICON, the Illustration Conference. Her photographs have been published in prestigious titles such as Émigré, the San Francisco Chronicle, and Communication Arts. And, above all Anne has become invaluable in assisting us in the selection of the very best in photography, illustration, and digital imaging for quite some years now. (Another rather selfish reason why I’m always thrilled to have Anne on our juries for the 200 Best Series is that I can rest assured that my very own aesthetics are fully represented.)

So it is with great pleasure that I'm able to tell you she has volunteered to pen a series of blogs here on the Lürzer's Archive website. Please find the first, an introductory one, on contemporary illustration below. The next installments will be appearing on this website every other Wednesday.

From themes of bromance featuring Donald Trump’s man crush Russian president Vladimir Putin, to Trump exhibiting his temper and melting down, from endless iterations of his Creamsicle hair to Hillary’s parade of pant suits, the never-ending email chatter and her other baggage, illustrators rarely have had better subject matter to exploit.

Every day my Facebook feed was filled with images of Trump and Hillary Clinton as the presidential race wound down to its final days. Now that Trump is poised to take the Oval Office, the volume is, if anything, increasing as legions of liberal creative individuals express themselves. Editorial cartoonists, fine artists, illustrators, and designers of all persuasions have been drawn to make sense out of what was possibly the craziest, most unhinged election cycle in American history.

We are only missing the voice of perennial pundit Hunter S. Thompson merged with the acerbic and violent wit of Ralph Steadman to truly make sense of Donald Trump. Although Steadman did weigh in with typically disturbing images for the New Republic (posted on the image-sharing site imgur.com) showing a petulant baby Donald.

Hunter S. Thomson’s vitriol for Hubert Humphrey (Fear and Loathing on the Campaign Trail ‘72 anyone?) and the plethora of George W. Bush caricatures his two terms engendered notwithstanding, the outpouring of editorial assignments and self-assigned caricatures and cartoons—not to mention life-size sculpture and fine art—in reaction to Trump’s nomination, and now election, has been nothing short of amazing.

Here are a few of ideas I’d like to explore in the weeks to come:

Assorted illustrators better known for childrens’ books have created political statements in their no-holds-barred caricatures of Trump and his cabinet choices. Will he be the most caricatured president ever?

Cartooning in the age of Trump. What will the images say about a man who can’t take criticism, and how will he respond?

Reclaiming Internet meme Pepe the Frog from the alt-right. How the white supremacy movement coopted a harmless meme from a comic series by American artist Matt Furie.

Anita Kunz: Canada’s most decorated illustrator has caricatured several American presidents. What’s different about this one?

A DIY/make art, express yourself movement is born in response to Trump’s election. Art exhibitions focusing on women’s issues are popping up in galleries all over America.

Resist movement: Illustration as a weapon in the war on Trumpism.

Branding of cannabis as more U.S. states legalize its usage. Who will set the standards, who will profit, and what will it look like? 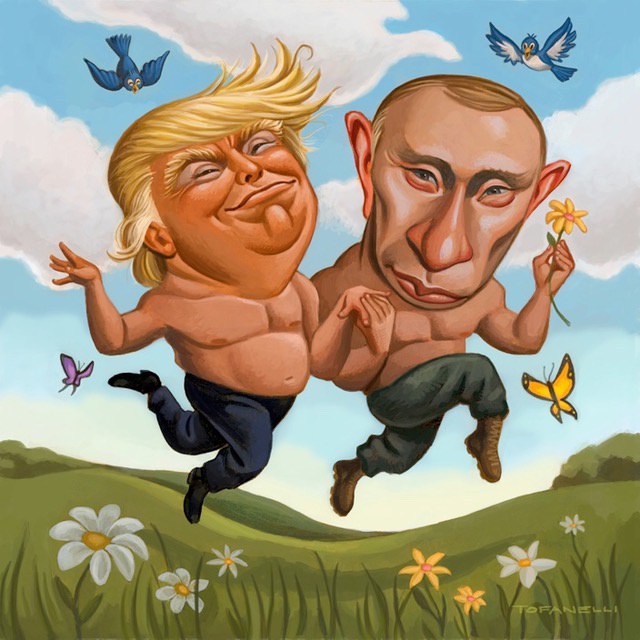 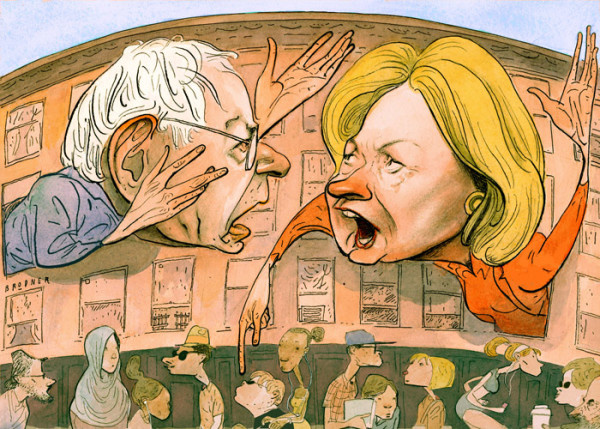 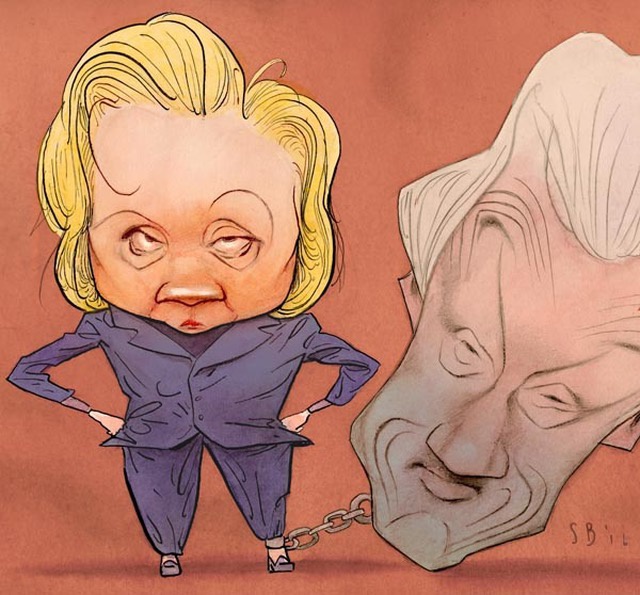 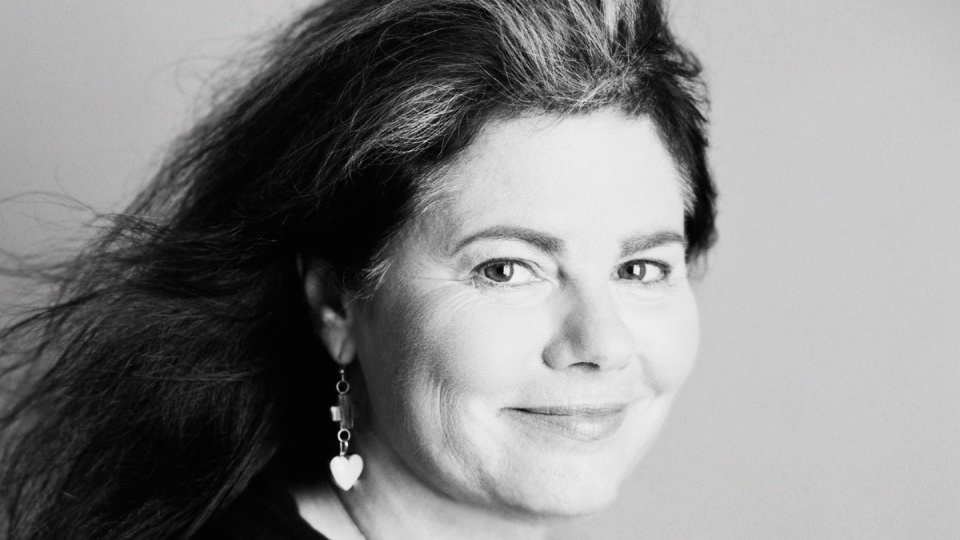 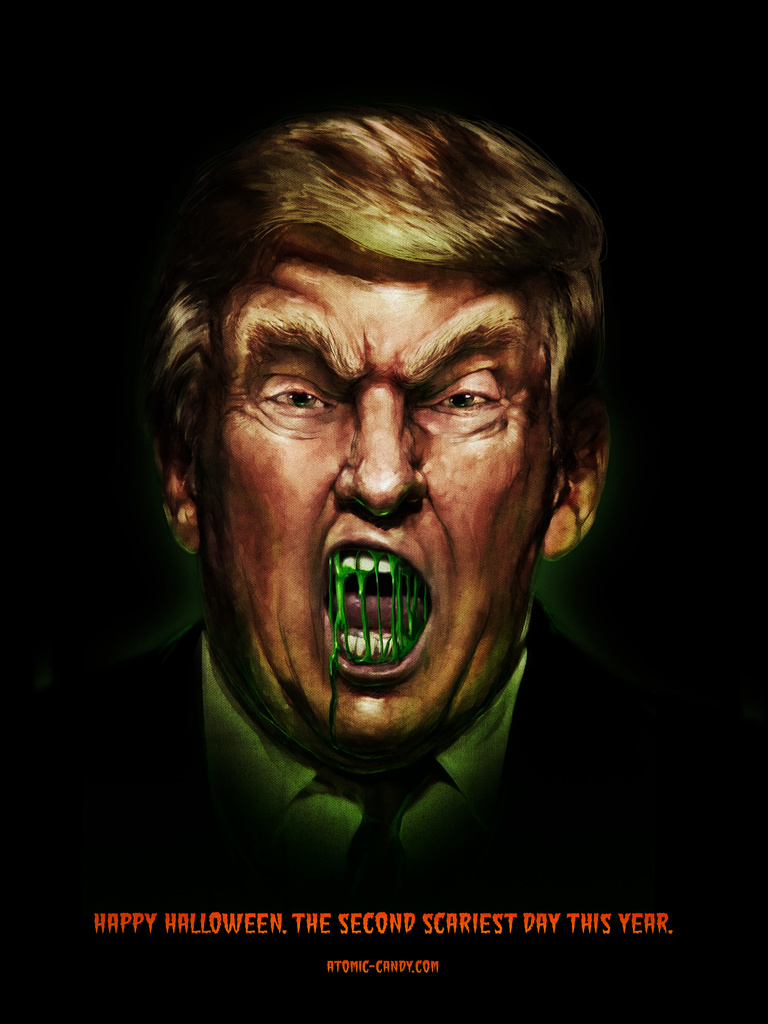 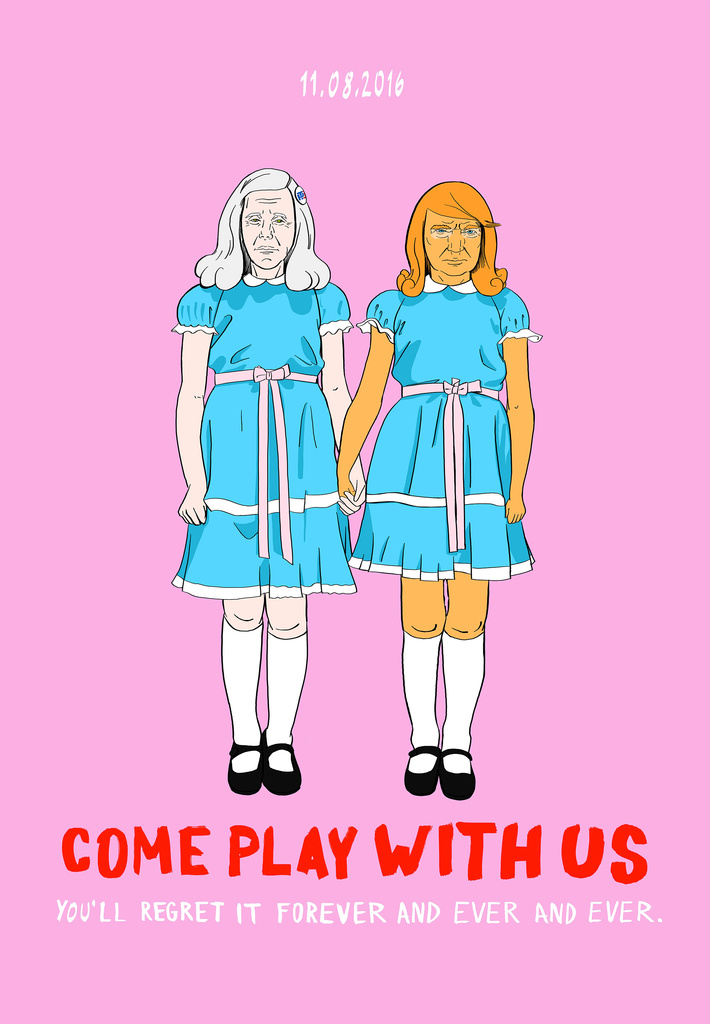 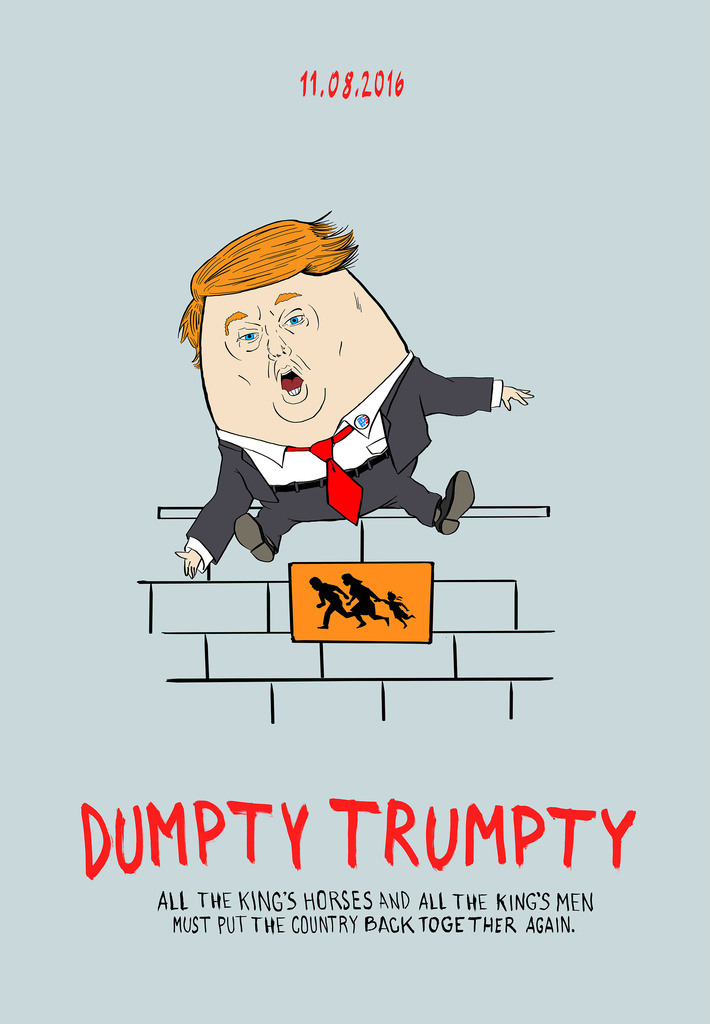 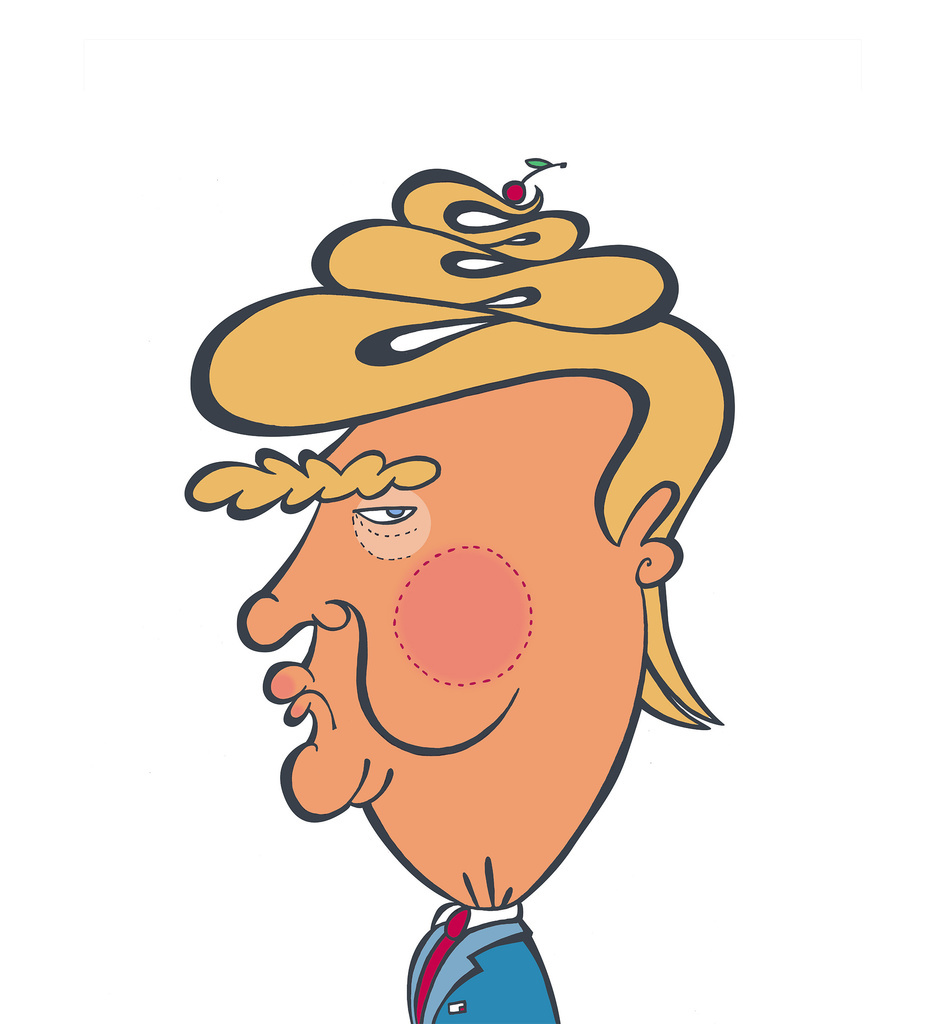