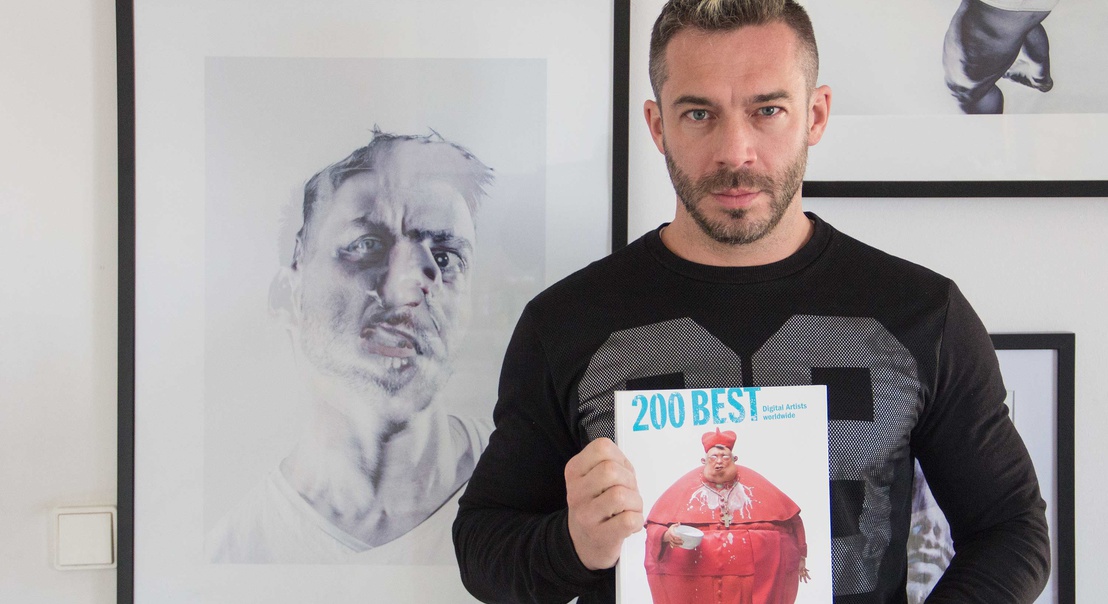 I've been slightly acquainted with graphic designer/digital artist Mathias Vef and his partner Thorsten Kadel, who's a board member and creative director at dan pearlman, (an internationally active branding firm with clients such as Lufthansa and Mercedes Benz), for at least ten years - albeit only from the Berlin Club scene, really, in which I spotted them frequently. I also knew that Mathias was aware of Lürzer's Archive magazine as he asked me about it once, but we never really talked shop. Berlin's techno Valhalla Berghain or the Kit-Kat Club are perhaps not the best venues for this kind of thing. I vaguely knew that the two had founded a graphic design studio called Schwarzrosagold (blackpinkgold) and some mutual friends had pointed out to me a couple of posters in Berlin they had created.

So it was with great surprise and delight when I found that Mathias had submitted some of his latest work as a digital artist to be featured in our most recent issue of 200 Best Digital Artists. I was stunned by the beauty of his work and very pleased that it stretched the limits of digital imaging. I have said before that of all the special issues we produce, for me personally, the Digital Artists series is the most problematic one.This is mainly because the work it showcases has long blurred the borders between the individual disciplines - photography, illustration, etc. – to create a strange hybrid that finds as many fans as detractors. The fact that current technology provides the artists with means to create otherworldly scenarios doesn’t always mean that they should be making use of them as abundantly as they often do. Sometimes, less is more but this is an idea, which seems like a lot of CGI studios have yet to discover. They work to an incredibly high technical standard and asking them to tone it down for the sake of taste and subtlety is a bit like asking a bird that has learned to trill Mozart to shut it. And with everything that is overdone - I mean how many animals with grotesquely exaggerated features, "sub-Disney" type of cartoonish work do we still need to see? Apparently the demand for this type of work for advertising purposes is huge –  otherwise there wouldn't be quite so much of it.

Which to me makes the digital work created by Mathias Vef so refreshing as it is situated somewhere between digital illustration and art and doesn't need to bow to commercial demands. His work gets sold in galleries worldwide. I've also been told that an owner of Berghain itself has acquired a couple of them, which means that they soon could be seen at the club hanging alongside the famous photographs by Turner Prize winner Wolfgang Tillmans that have been on display there since Berghain opened 11 years ago.

This week I finally sat down with Mathias to talk to him about his career as a digital artist and learned that he originally started out to study biology (which is interesting in the context of his obsession with transforming or "hacking" as he calls it natural phenomena). He then went on to study at the Mediadesign University of Applied Arts in Berlin and later, from 2011 to 2013, did a Master at the Royal College of Art in London where he realized work on synthetic biology and robotics. Since then he has participated in a number of exhibitions, some solo, some group, in various cities across the globe such as London, Berlin but also in Kuala Lumpur and Sydney.

Continuing the synthesis of science and art, one of his most recent projects was a series of digital collages called Syncretics. Syncretism is the synthesis of two philosophies - "weltanschauungen" - to something new. There he created whole worlds starting from simple elements e.g. a flower petal or the wing of a butterfly. He combines growing variations within each generation to digital ecosystems. They are virtually an illusion of the natural but are infused by an abstract artificiality and an urge to shape and create. An outcome of this work is also that Mathias has been commissioned to do a giant digitally created mural in a wing of Berlin’s famous Charité Clinic. 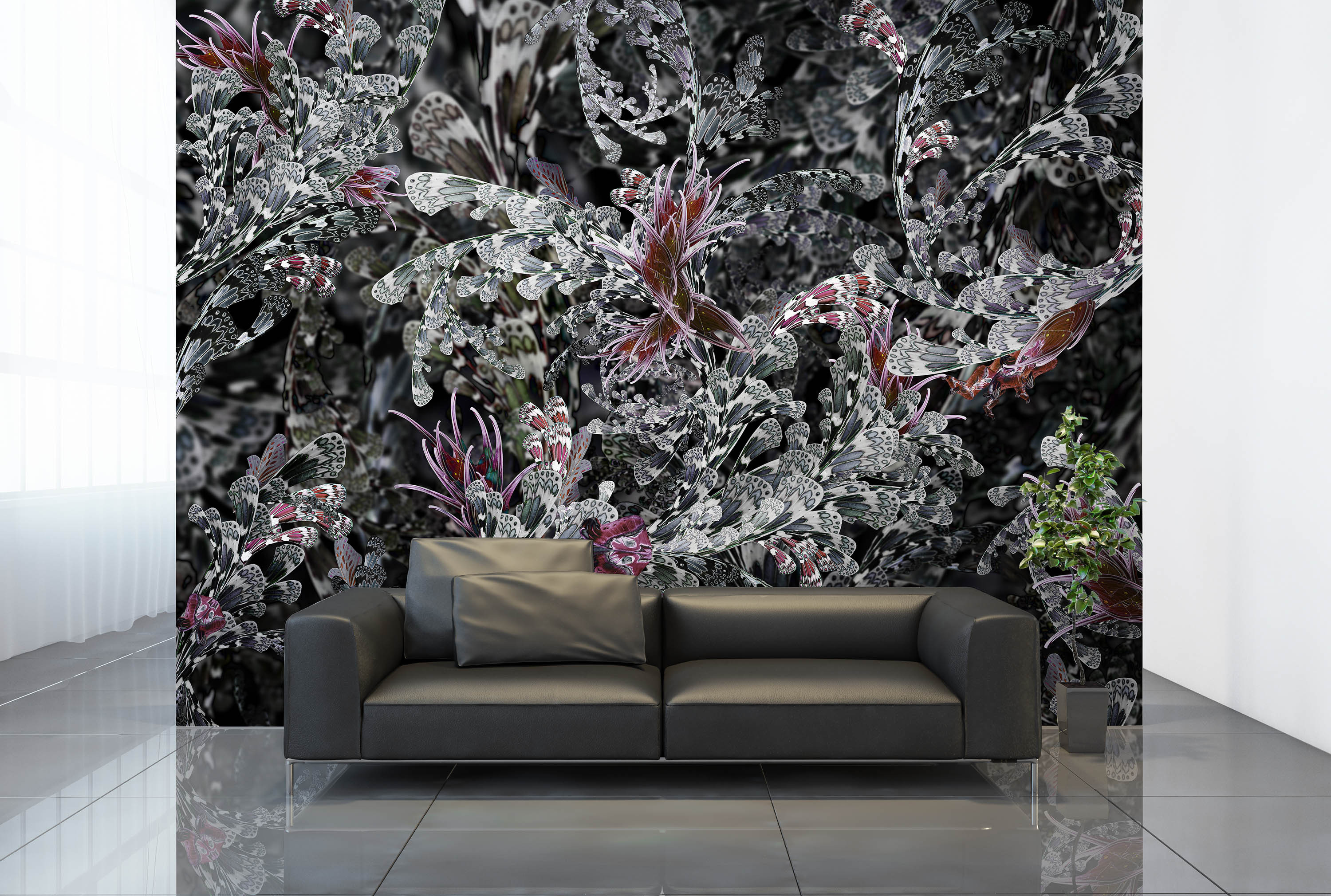 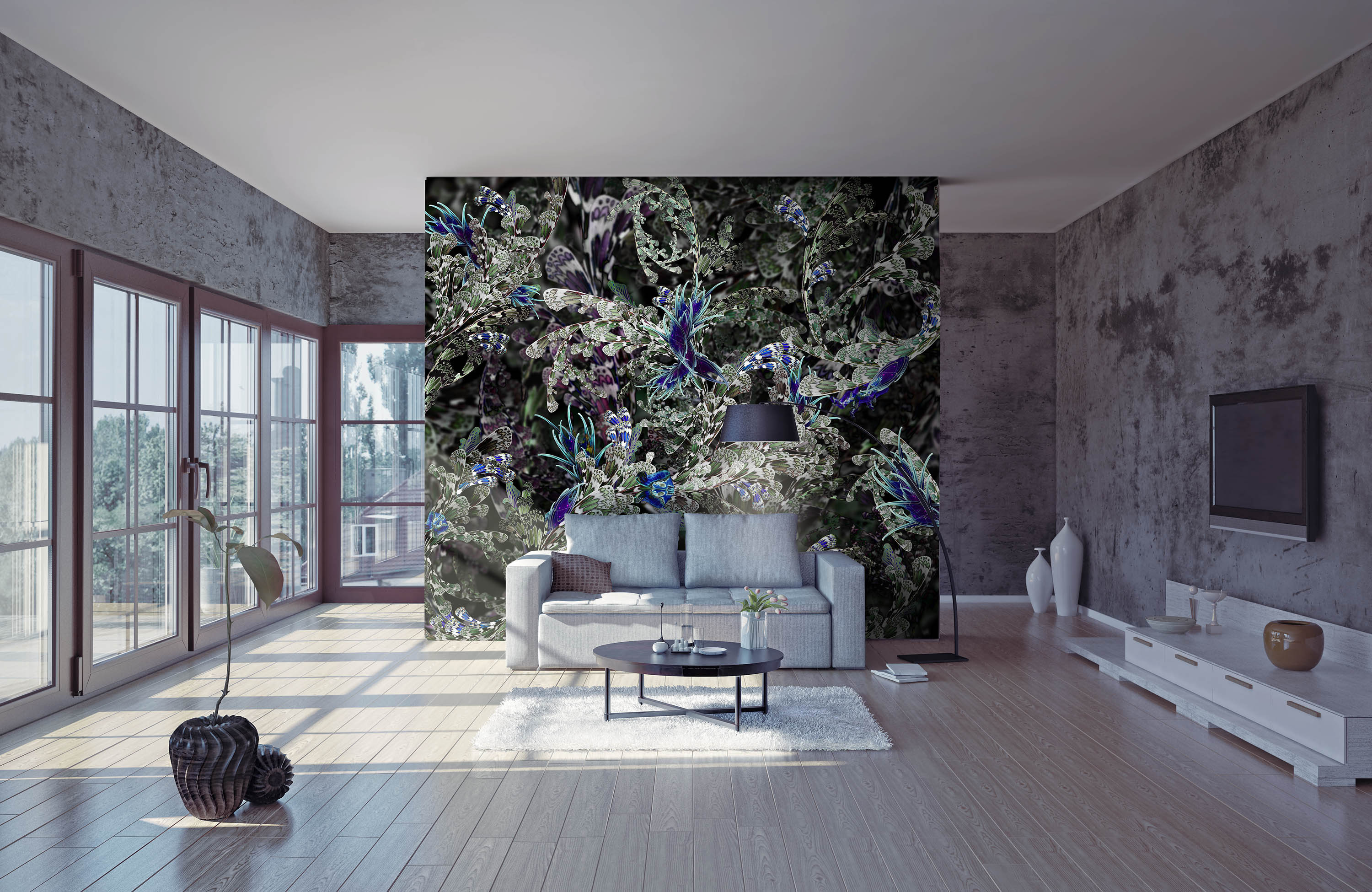 I asked him about his preoccupation with the "enhanced" nature, whether they cover the Syncretics of his most recent series or the male bodies and their aestheticism in the latest collection or work Come Undone, which was shown by Galeries Lafayette in Berlin, as well as exhibited in London last summer. For this series, the digital prints were subjected to the drug GHB/GBL, also known as "liquid ecstasy," basically an industrial cleaner, one that among other things is used to get rid of graffiti. Over the last couple of decades, this chemical mix has – though of course illegal for personal use – become popular as a party drug as well as the bodybuilding scene. There it is used, as it apparently increases stamina during workouts. "I have always been fascinated by people who see their bodies as something they can shape and alter at will, whose bodies become the expression of their conscience, who, in a way, hack into their own biological make-up." 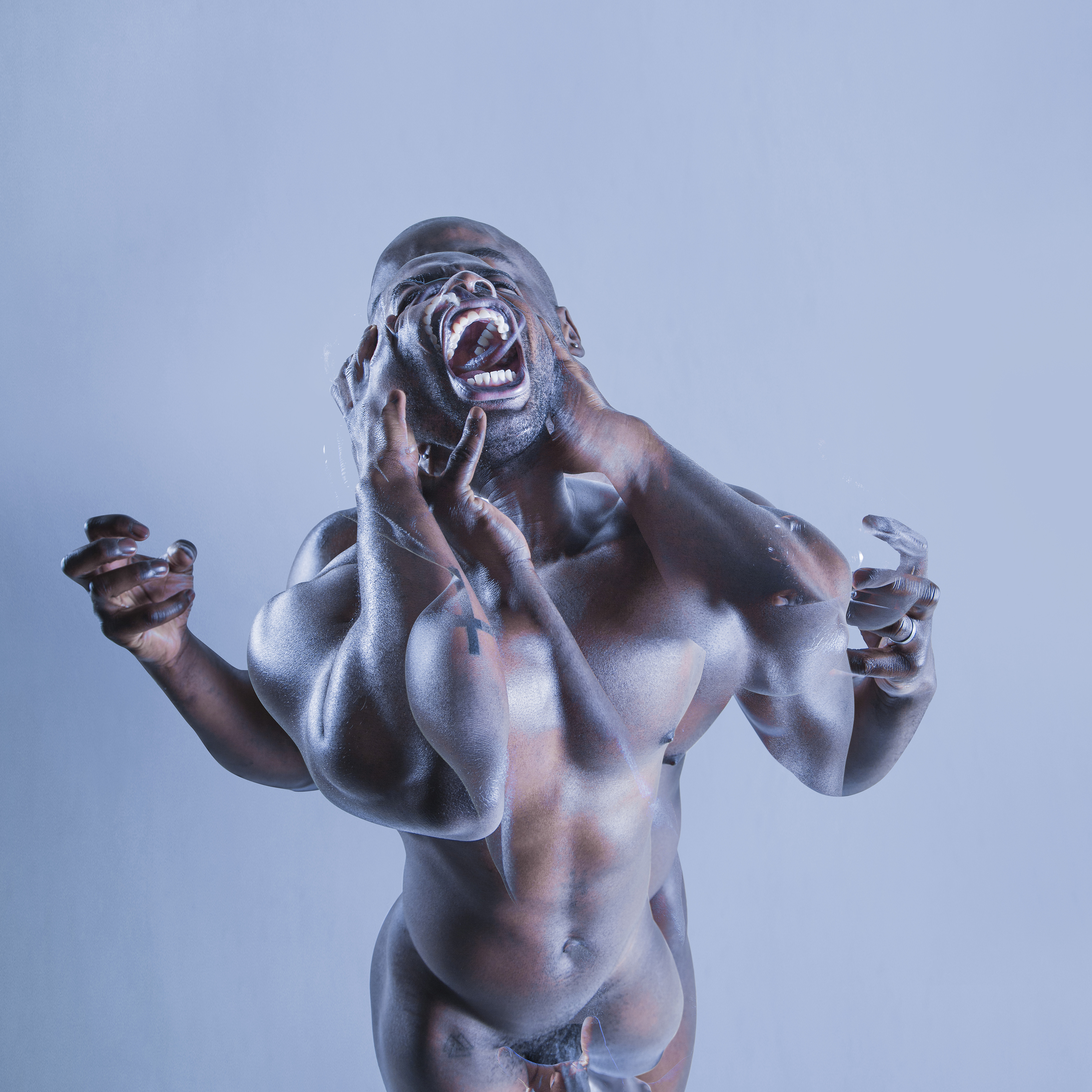 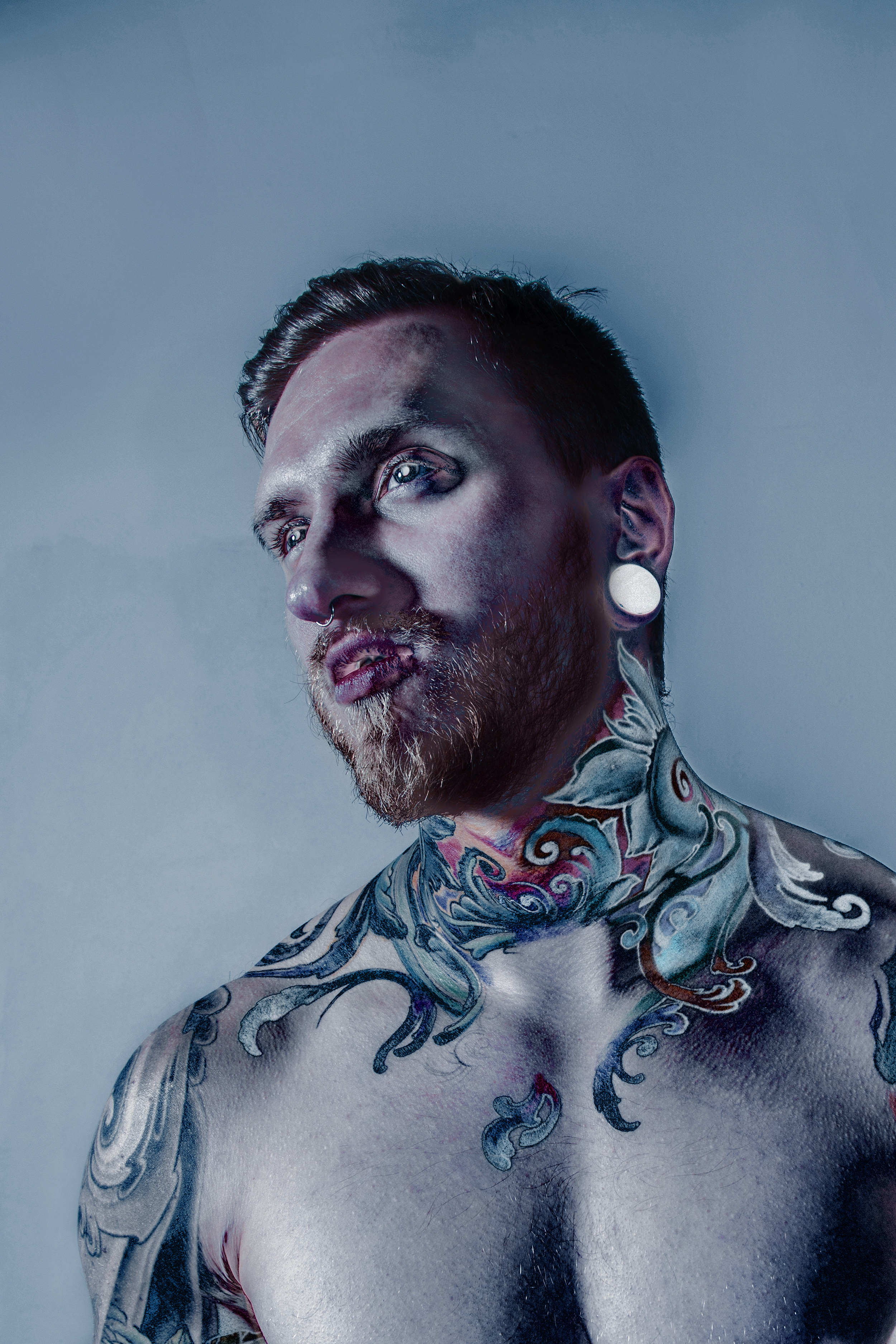 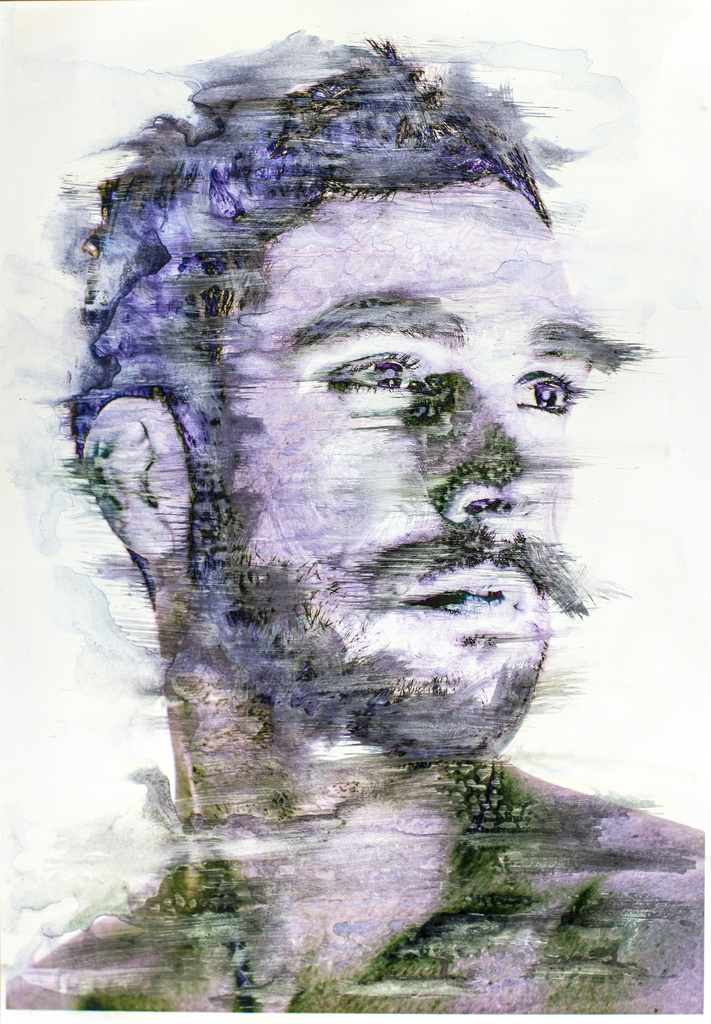 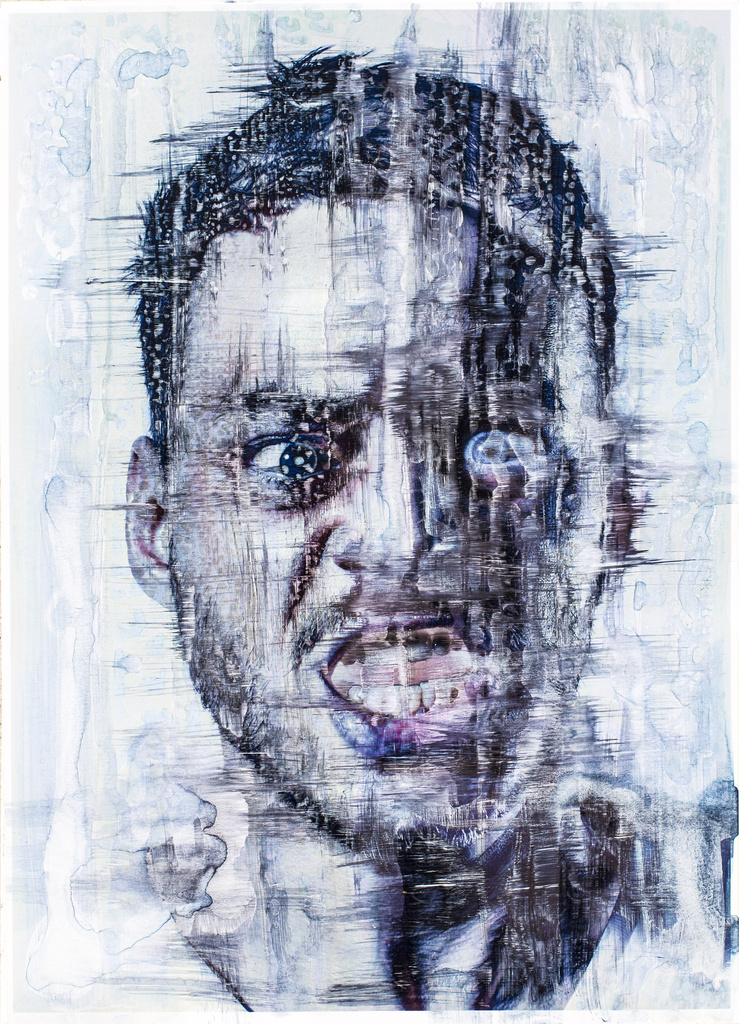 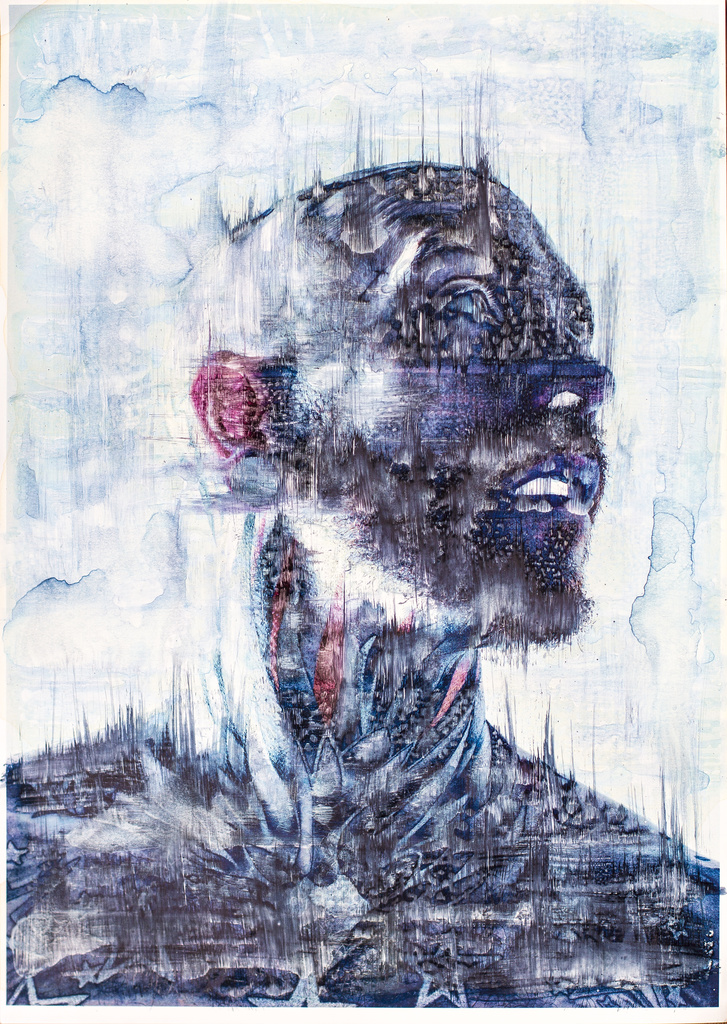 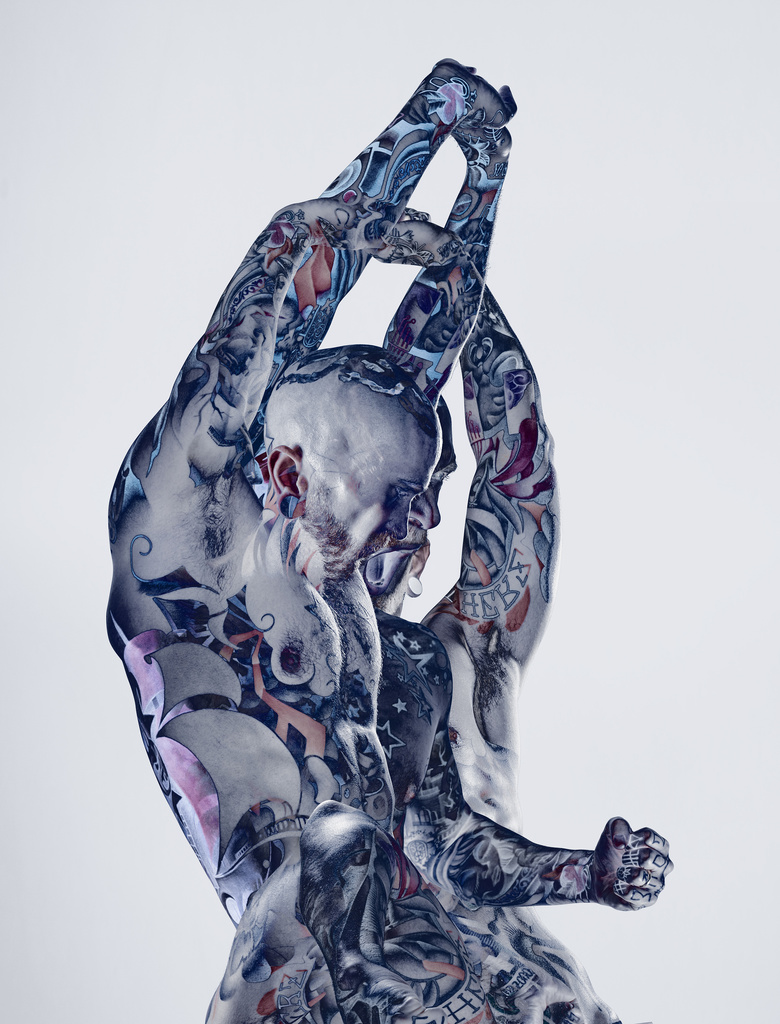 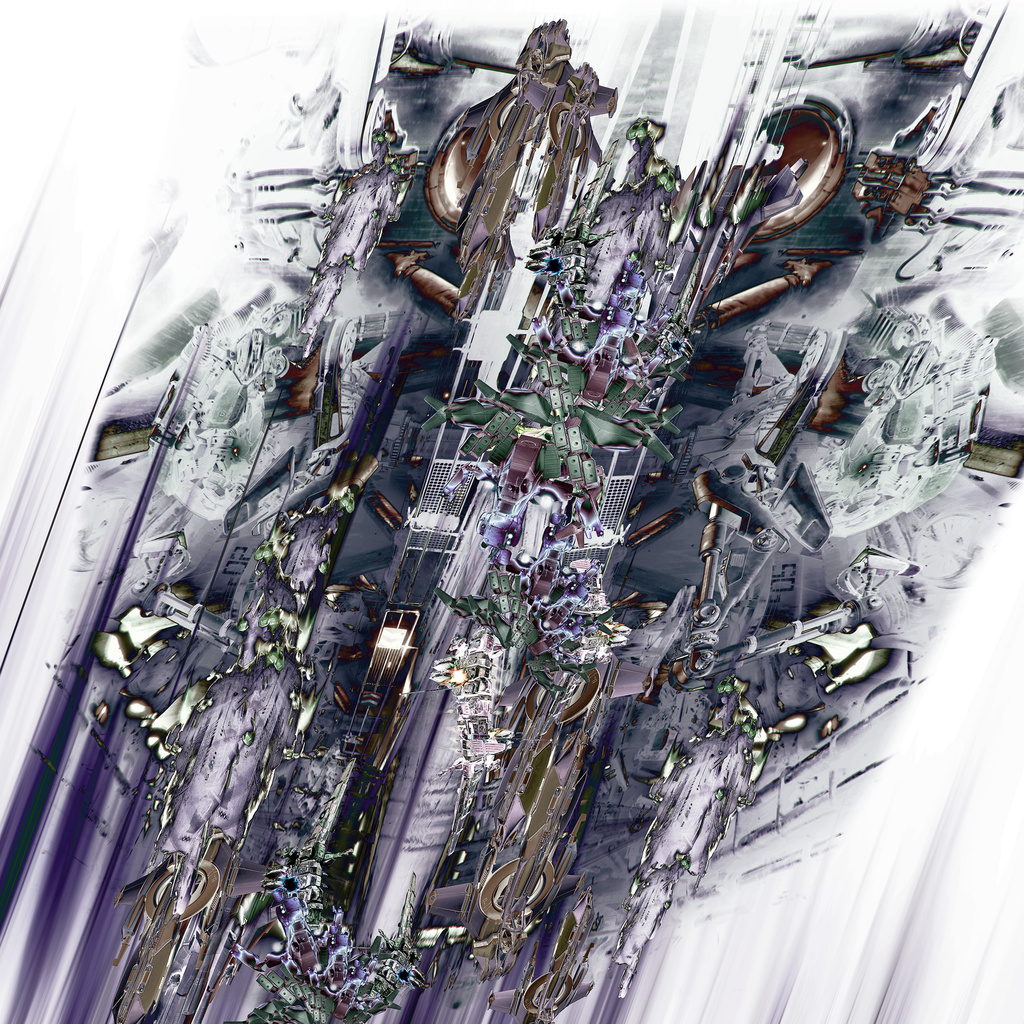 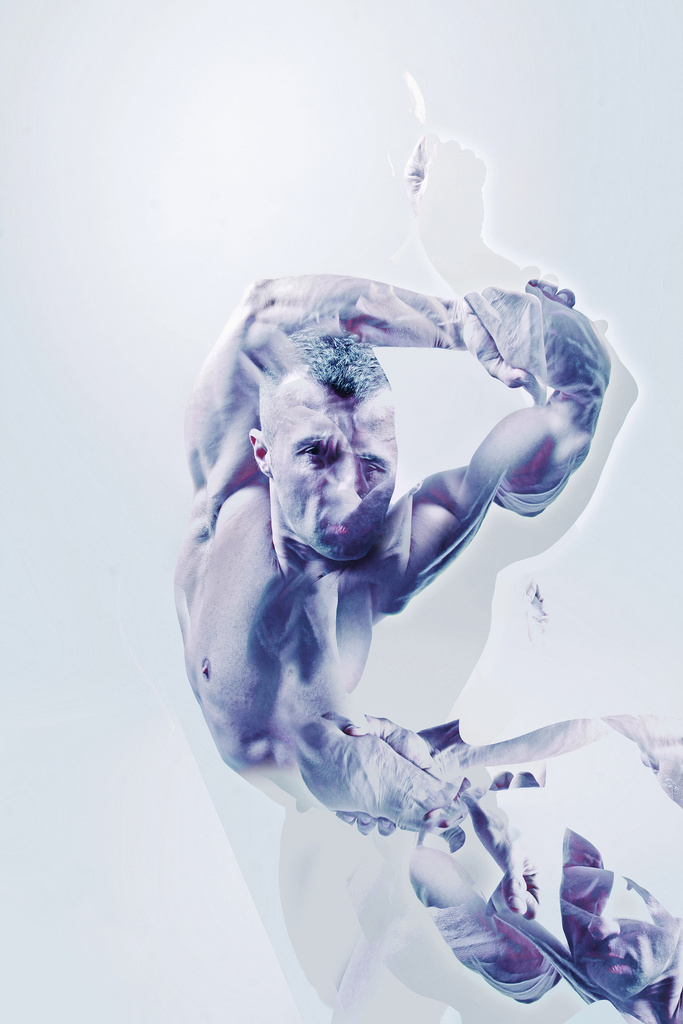 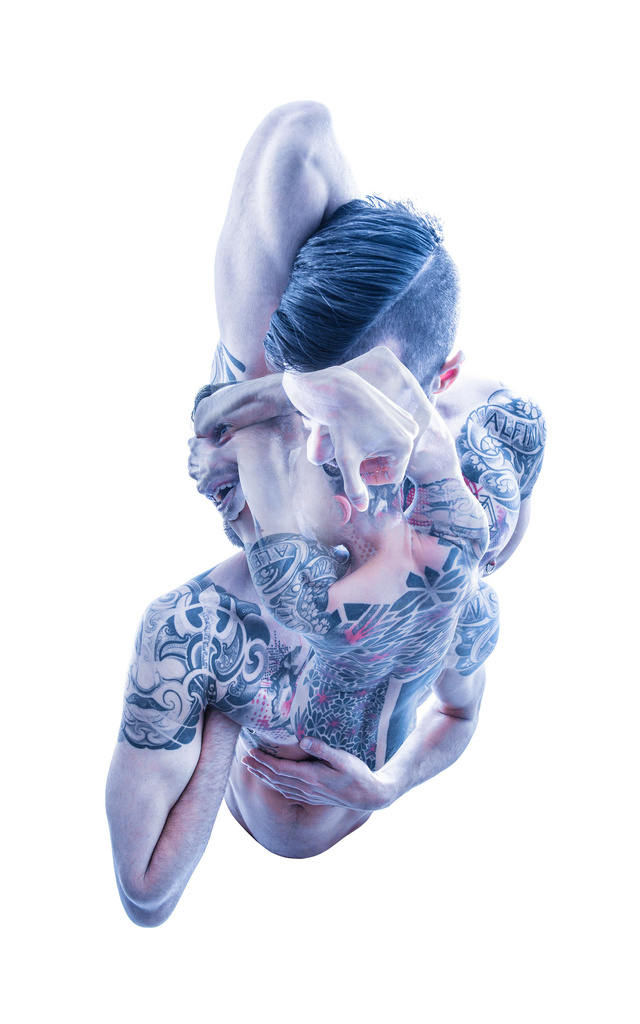