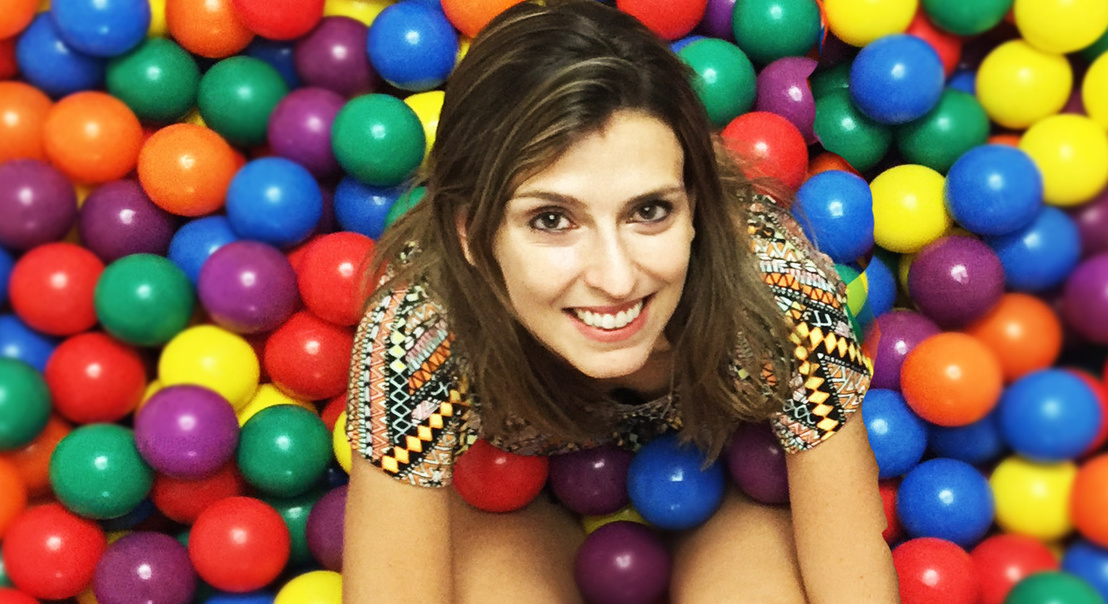 A couple of weeks ago I selected an ad from a print campaign for IKEA created in cooperation between the Memac Ogilvy agencies in Dubai and Jeddah to be our Print Ad of the Week. The campaign's art director is Juliana Paracencio. We chatted for a while about Berlin (where I live) and where Ju, as she is called, had lived for a few years before heading to Dubai. We had never met during her time in Berlin although we could have – as both of us used to go to some of the same clubs - Berghain, Kit Kat among them. I was quite fascinated by the fact that she had chosen to move from one of the most liberal cities in the world to one that is decidedly not that. I asked her to write a bit about her experience, how she wound up in Dubai of all places, and how as a woman one got along in advertising in general as well as when working in an Arab country.
Here is what she told me and which, on the whole, surprised me very much:

"Is it hard to work in advertising being a woman? Sometimes. In Brazil, the advertising industry is dominated by men. I must admit that the outrageous male humor never bothered me. Some other stuff did. There were not that many guys comfortable in teaming up with a girl. There is a joke in Brazil about the outcome of a creative team made by a woman and a man: it ends up in marriage or murder. It’s not impossible to succeed as a woman, but you must be inventive to cross those hurdles.

The path I found to achieve success was by exploring new territories. By having an open mind and a strong heart, I took risks that few Brazilian women (or men) would. Ironically, the most fruitful period of my career happened in a region where gender separation is even stronger than in Brazil: the Middle East.

But how did I end up here? Well, let’s go back to the start.

Besides art direction and craft, I love to come up with ideas. Hence my first portfolio got me a job as an intern copywriter at Leo Burnett in São Paulo. When I told my future boss, the legendary Brazilian creative director Ruy Lindenberg, that I was an art director, he reacted with a mix of surprise and contempt. Nevertheless, he let me work there and soon I got promoted to an Art Assistant.

Leo Burnett was a great school, where I won my first awards. With a strong junior portfolio, I landed my first job abroad at LB in Frankfurt, as an Art Director. I could not speak any German and most of my friends thought I was crazy. I was only 25! I was scared, but at the same time excited. There I found out German agencies are not so different from Brazilian ones. Germans are very much like Brazilians when it comes to advertising: hard-working and passionate about ideas.

One year later, I moved to Berlin (one of my favourite cities, by the way) as a Senior Art Director and opted for working at agencies with clients that aren't so creative-oriented. It wasn’t a good move. I was still young and needed to develop my portfolio. That is when I took a risk for the second time: I decided to take a step back in my career and restart as a junior art director at Jung von Matt Hamburg, one of the most creative German agencies, and work for one of the most successful creative people in Germany, a woman: Doerte Spengler-Ahrens.

After four years at JvM (and seven years in Germany overall), I had a very professional portfolio with ideas for a range of platforms for a range of clients. Nevertheless, I felt I needed a new challenge in my career. To the surprise of my friends, family and colleagues, I accepted an offer to work at Ogilvy in Dubai as Regional Associate Creative Director.

Actually I didn’t have much of a clue how living in Dubai would be. What brought me here was the opportunity to be in a place like Ogilvy, an agency hungry for good ideas, just like me.

Although I’m based in the Dubai office, I work with all regional agencies (Saudi Arabia, Kuwait, Qatar, Lebanon, Egypt, Bahrain, Tunisia, etc.) and regional clients.

Is it hard to be a woman and work in the Middle East? Not at all. I face great acceptance here. Surprisingly, Jeddah’s office in Saudi Arabia - one of the countries with the highest gender segregation in the world - is the one I have the most freedom and fun to work with. Our idea for IKEA (It’s that affordable) was a great success in Saudi and it was the 5th Most-Awarded OOH-Print campaign in the Gunn Report. 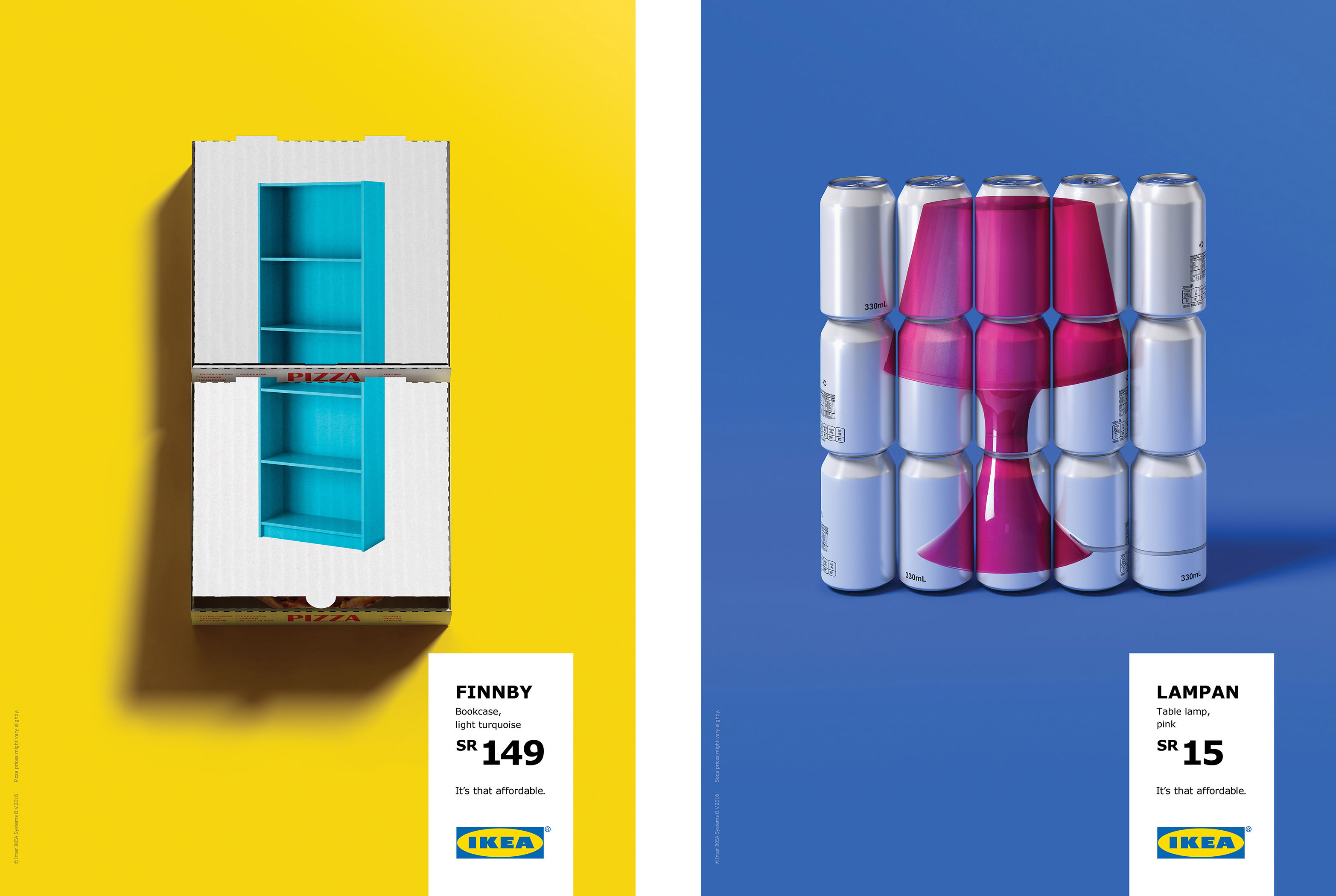 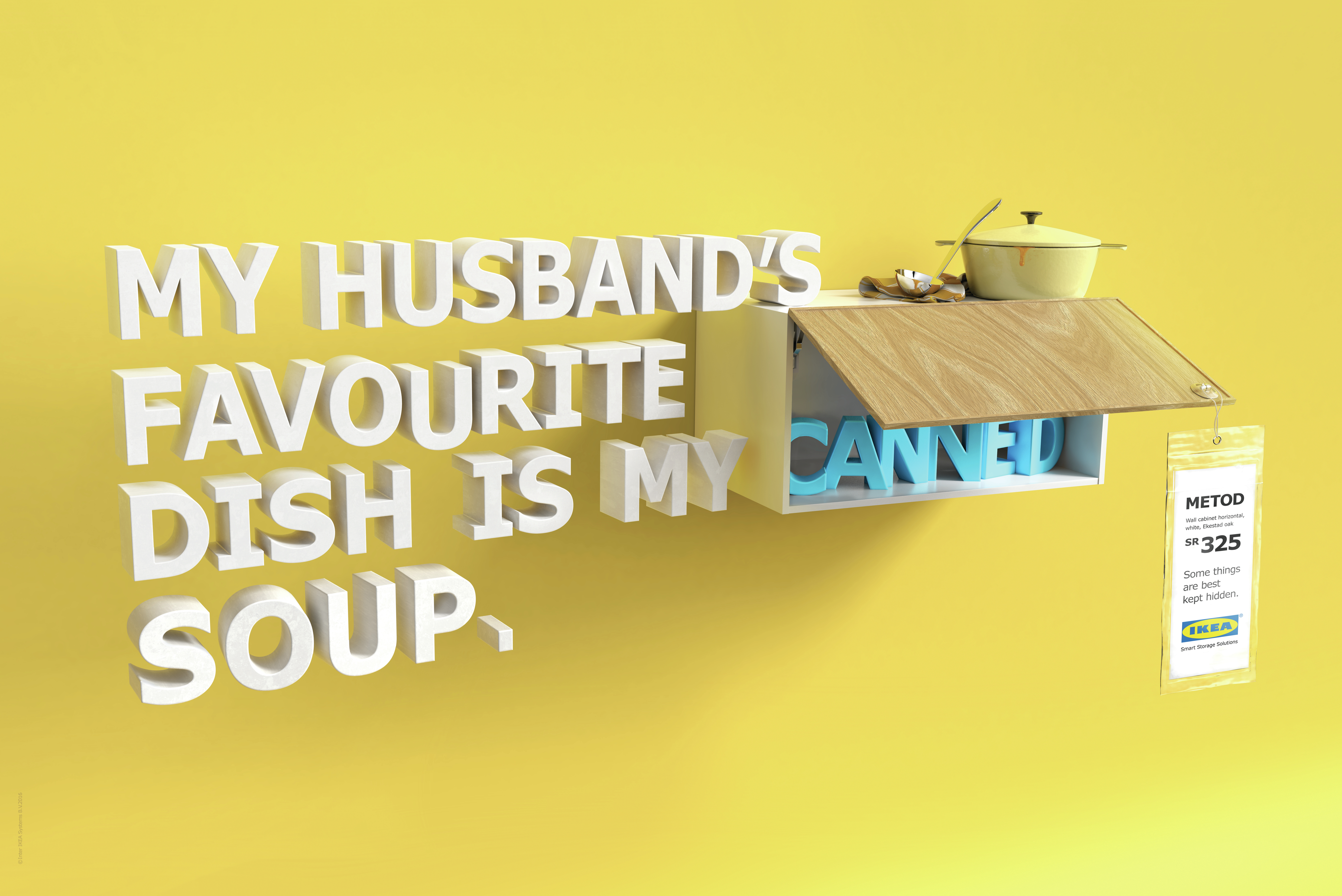 Is it difficult to live in Dubai? Quite the opposite: it’s easy and safe – actually safer than a lot of places in Europe. Here you’re exposed to many different cultures (British, Lebanese, French, Pakistani, Indian, German, Brazilian, South African – you name it.) Adapting can be challenging but a lot of fun. I believe great ideas come when you take risks and live new experiences.

Coming back to the question that opened this text: Is it hard to be a woman working in advertising? Well, let’s just say you set your own limitations. And you should take risks and follow the path you wish to follow. 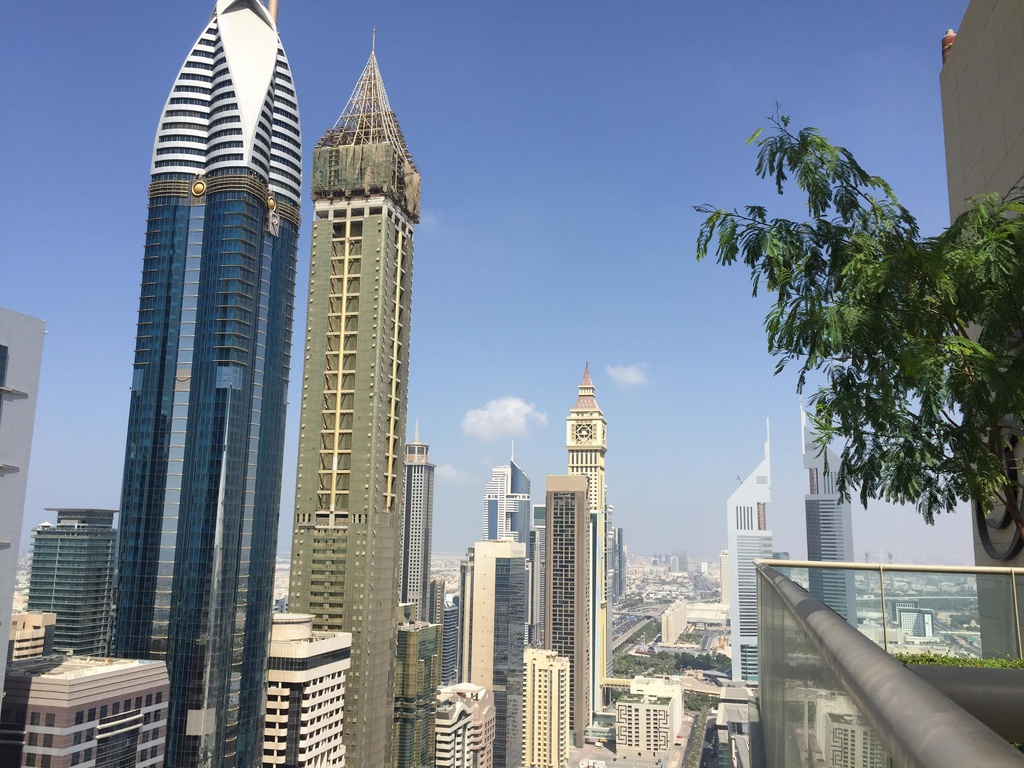 View from Ju's apartment in Dubai. 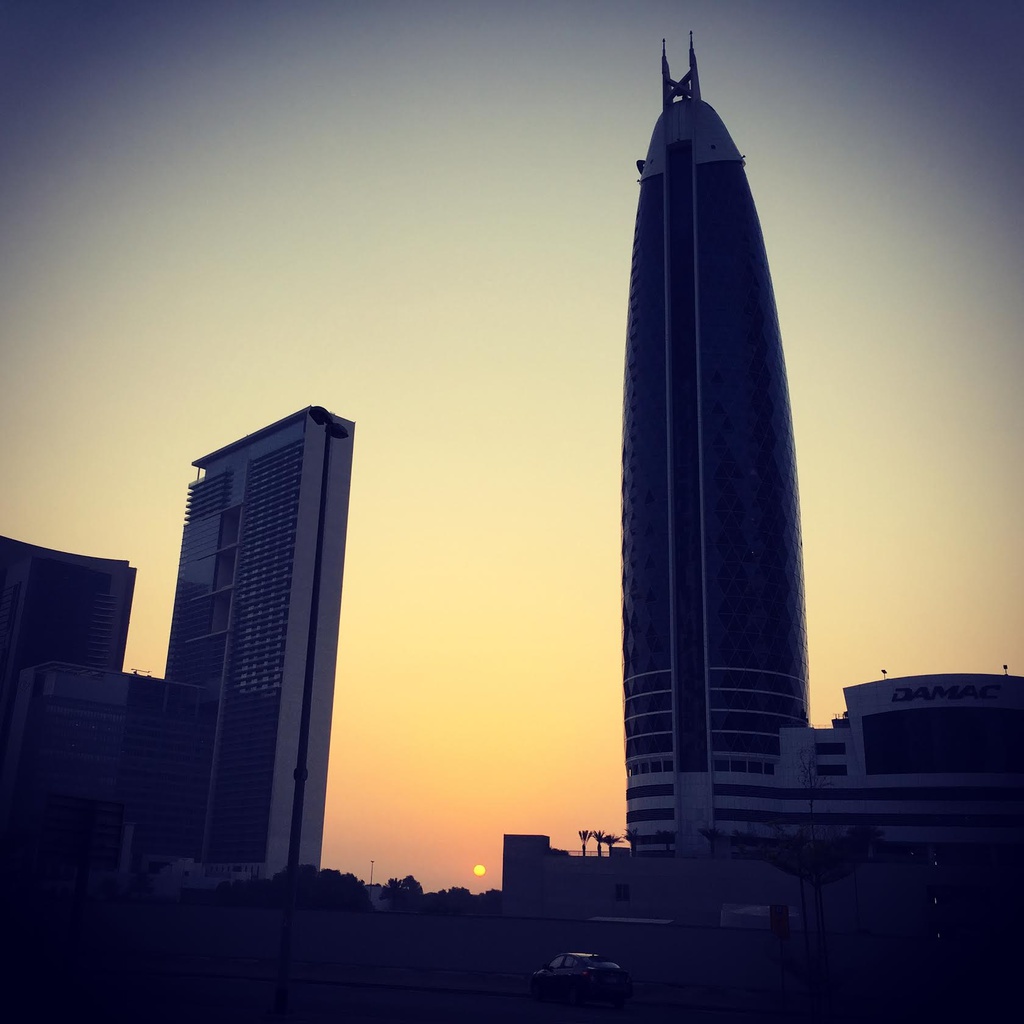 Picture of her daily walk sourroundings. 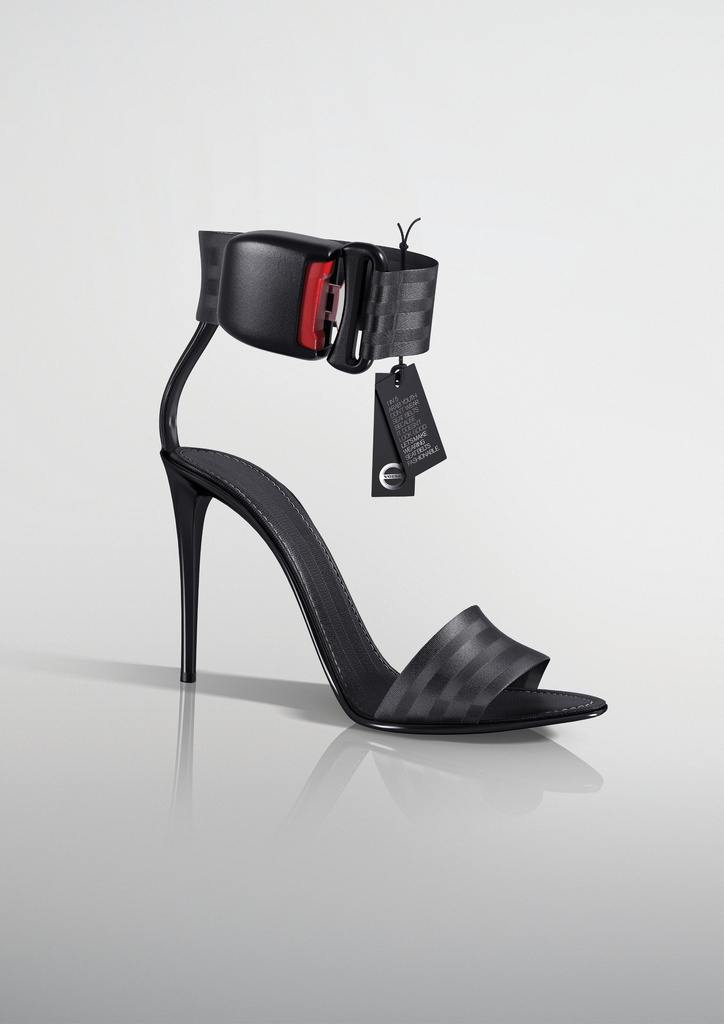 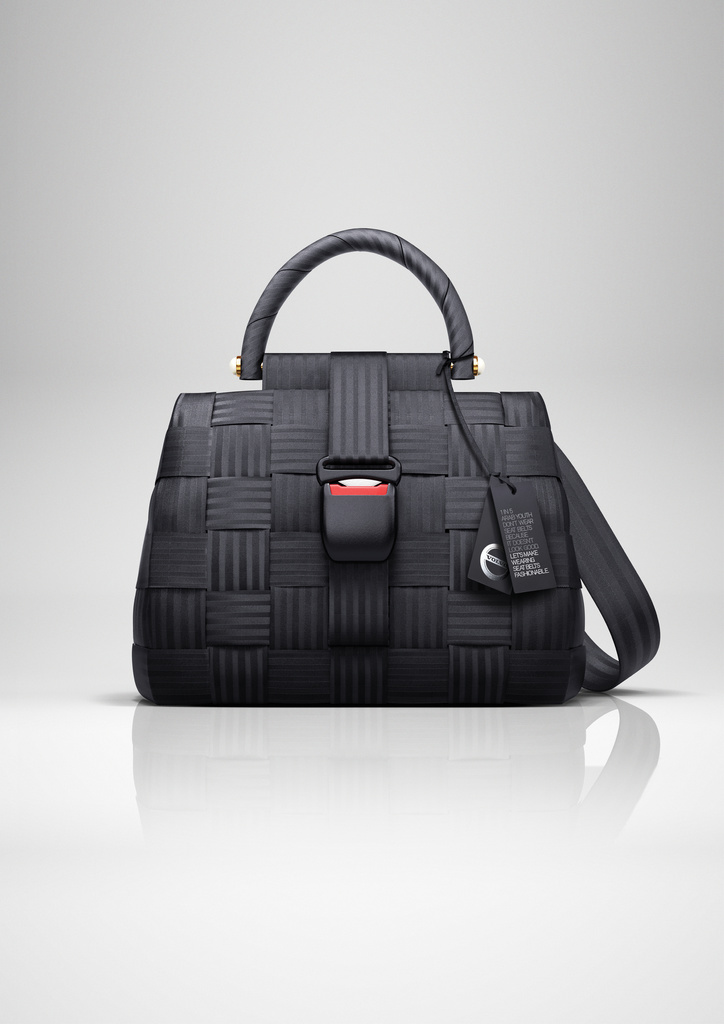 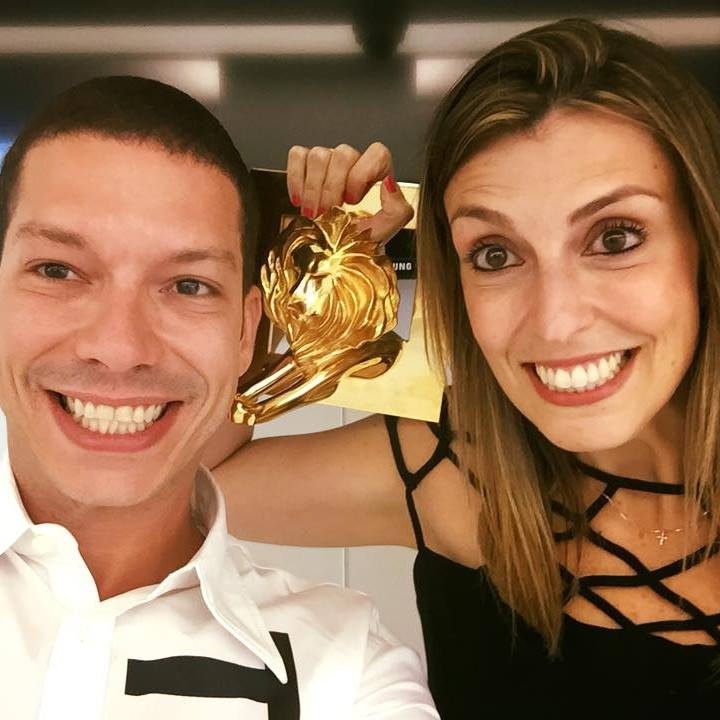 Luiz Vicente Simoes, her former copywriting partner at Memac Ogilvy, and Ju at the Cannes Lions Festival in 2016.