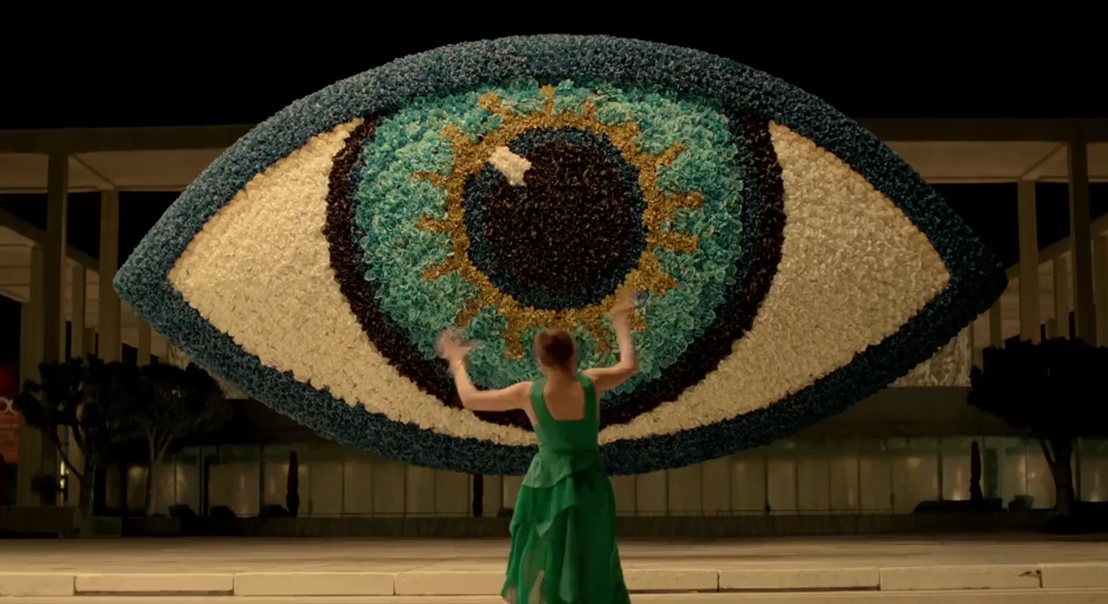 As I did last week with print work, I'm putting up for review some of the commercials featured in our Spot of the Week section on our homepage.  Again, this is a random selection of spots I think should win some metal at the Cannes Lions Festival taking place from June 17-24. Let us know in the comments section of the Facebook posting to this blog, if your personal favorite is among them and what you think it might win – Gold, Silver, or Bronze, or even the Grand Prix? Among those who get it right, we will pick someone to receive a free one-year subscription to Lürzer's Archive magazine (print and digital).

We're starting with our Spot of the Week 36/2016, the much-talked about Kenzo commercial directed by Spike Jonze (who was also the director of famous Ikea "Lamp" commercial by Crispin, Porter & Bogusky that won the Grand Prix at Cannes in 2003, apparently after the longest jury session in the history of the Cannes Lions at the time, narrowly beating the equally famous Honda "Cog" spot.) The Kenzo film won the Grand Prix for Film at last year's Epica Awards and this might reduce its chances for a Grand Prix at Cannes. Award juries usually like to come up with an "original" winner. Also, the fact that this is a perfume commercial might not speak in favor of Grand Prix acclaim. Even the classic Chanel "Egoiste" spot directed by Jean-Paul Goude had to make do with a Gold Lion back in 1990.

The New Fragrance (Spot of the Week 36/2016) A young lady steals away from a boring event to (break-)dance her way, uninhibitedly and eccentrically, through the empty corridors of the convention center, pulling crazy grimaces and stretching her body every which way as she does so. The spot ends on her jumping through the pupil of an eye and emerging in a sea of petals as the eye fades to reveal the distinctly similar-looking falcon of the new fragrance from Kenzo. Directed by Spike Jonze.

Prince of 1000 Enemies (Spot of the Week 37/2016). We watch Carolina Panthers quarterback Cam Newton, a “prince with a thousand enemies,” run through a dark forest at night, successfully dodging everything that might get in his way – and leaving all those seeking to catch him far behind.

My Son (Spot of the Week 41/2016). A little boy accompanies his mother on a shopping trip to IKEA, acting ever more responsibly as he does so. When, however, he is suddenly at the wheel of the car, we are rather confused. In a blink, her small boy has been transformed into a young adult, comforting his mother by saying he will only be moving a few blocks away. At Ikea, meanwhile, prices remain as “small” as that little boy all year round.

Carmina (Spot of the Week 47/2016). Commercials for the Christmas lottery in Spain can look back on a long tradition. When the TV presenter repeats last year’s winner, an elderly lady checking her numbers thinks she is the lucky one. As she goes nuts with excitement and includes the whole town in her overwhelming joy, the relatives, and all others involved decide, thinking this best, to let her believe she is indeed the lucky winner and join her in celebratory mode.

Old Friends (Spot of the Week 48/2017). A vicar and an imam have developed an uncommon friendship. Despite their different beliefs, they share the same idea for a Christmas present – ordered on Amazon Prime – to give each other. Did you guess what that might be…?

English (Spot of the Week 50/2016). A Polish grandpa gifts himself a very special present this Christmas. He buys an English language starter package on auction platform Allegro. The fact that, despite his old age, he wants to learn a new language is a very touching one. Check it out for yourselves!

Evan (Spot of the Week 51/2016). As we follow Evan around in his bid to finally track down his anonymous female ‘pen pal,’ we completely close our eyes to what is going on in his immediate surroundings – until it’s too late. Yet another high school shooting is being planned, right in the midst of this budding romance. For a deeper understanding of the telltale signs, we are shown the spot once again, our attention this time being drawn to the hidden clues that revealed how a cruel event such as this was already in the making.

Because of Life (Spot of the Week 9/2017). A bunch of women prancing and dancing around in eccentric moves through corridors, auditoriums, and other indoor scenes in a spot, perhaps somewhat reminiscent of the Kenzo commercial. Tagline: Move like you are not supposed to. Spot for Uniqlo Wireless Bras.

Last Days (Spot of the Week 11/2017). Doomsday is upon us and the world outside is falling apart, yet a bunch of people inside a bar pay no heed to the devastation occurring all around them. To The Elvis tune “It’s Now Or Never,” they dance a very last dance while the roof is taken off by the wind and the jukebox packs up. “Tomorrow,” affirms the pay-off, “is overrated.” Spot for Cuervo Tequila.

The Ostrich (our current Spot of the Week). Picking at the leftovers of someone’s breakfast, an ostrich suddenly stabs its beak into a VR headset. Inspired by the simulation of flying, it then seeks to do so for real. Undaunted by an abortive attempt, it is subsequently seen flying up into the air while its fellow creatures look on in amazement, feet firmly on the ground. The pay-off of  this spot for Samsung: We make what can’t be made. So you can do what can’t be done.