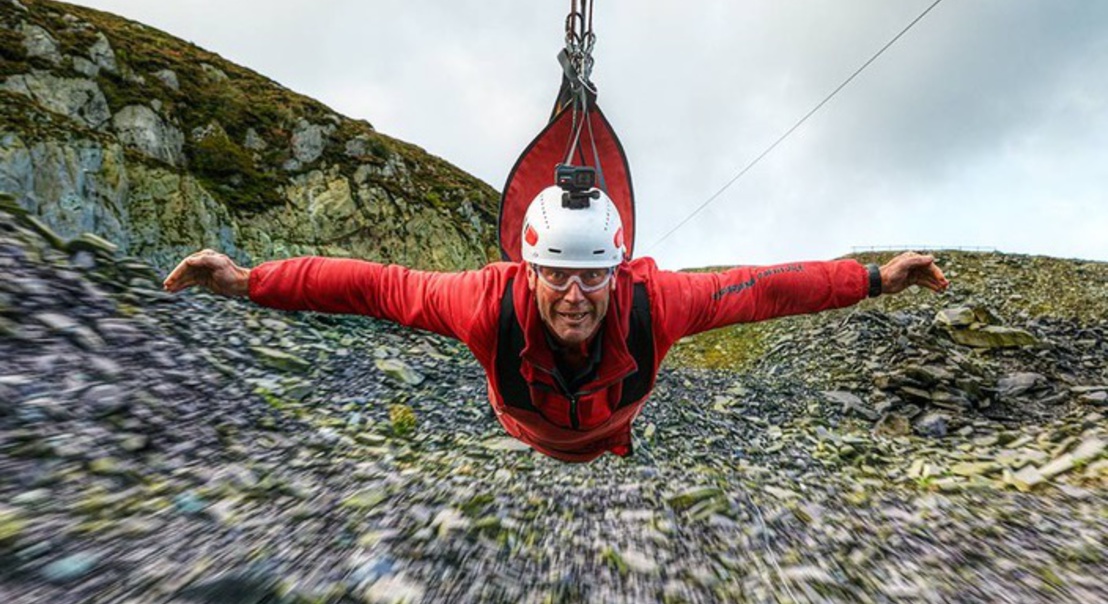 British-born photographer Ewan Burns is no stranger to danger. He went from being a British Army soldier in a reconnaissance unit to a street photographer at 26. Not content to merely capture London, he turned his lens to the war zone of Sarajevo and took up residence in a bombed out building to document a city in free fall.

Since then he’s shot everything from the fourth season of MTV’s America’s Best Dance Crew to CrossFit athletes for Reebok. His work has appeared in a range of publications including The Guardian UK, Outside magazine, the Wall Street Journal, Sierra and Audubon magazines and campaigns for agencies including David and Goliath, BBDO, DDB Tribal, Deutsch and McGarry Bowen. Despite having survived a war zone, the bi-continental photographer’s Waterloo turned out to be a slightly slack zip line, but we’ll get to that in a minute.

“I have done a lot of exciting things in my life, I free dive, scuba dive, ski, paraglide, snowboard, and rock climb,” Burns relates. In fact, the “this is me” section of his website opens to a video of Burns jumping off a bridge with a parachute. “I have always been quite adventurous. You have to commit to your thing. Some things are beyond your horizon, but over time you move toward the horizon. Horizons move,” he adds.

Horizons often move for Burns, who loves the “peak experience” of flying through the air. “Taking that step, it’s a nervous joy, a hyper-focused state of survival,” Burns says of the experience of jumping out of a plane or from a hot air balloon.  “The camera is mounted on my helmet and I have a bite switch. It’s like fishing with dynamite!”

His love of high places developed early. “When I was at art college I worked for a guy who had a can-do attitude. I found that quite inspiring. He used to build ropes courses. I learned a lot about ropes, pulleys, leverage and what’s possible. I’d be up a tree in Scotland at one in the morning with a head torch and a wrench,” Burns says with a chuckle. He paid his way through art school by building these courses before moving to America and taking up photography.

Over the years he had kept in touch with this friend, who built the biggest zip line in Europe. He asked Burns to photograph his attraction. Burns suggested his friend build a rig where the person to be photographed was in a hang gliding harness, facing prone, down the zip line as participants normally would, whereas he was shooting, prone, facing up the zip line and toward the “talent”. The fabricated rig kept them 12 feet apart to maintain a consistent distance and prevent them from impacting one another. He wanted to capture the ground rushing underneath them, to show the excitement and movement.

Cut to the day of the shoot. “We’re suspended together, we’re released, I can hear the sound of rapid acceleration, but all I’m focused on is framing,” Burns remembers. “After a few seconds there was a huge impact, shocking, and visually I see debris and dust, I see his face bleeding, and him flailing at me. I know it’s gone wrong.”

Burns, travelling feet first, had hit slate debris on the side of the mountain with his right knee, his thighs and then both elbows. “I knew my arms were broken, there was blood running out of both of my sleeves,” he details. “We hit after the first ten seconds at about 70mph and still accelerating. We traveled for another 50 seconds. We didn’t make it to the stopping mechanism because we deployed drogue mini parachutes to slow us down in the event we were travelling too fast. They sent for a rescue team. A chopper couldn’t land because of the wires. I maintained consciousness and some humor. I got the shot!”

Indeed, he did get the shot, and what a shot it is. But he also had two broken arms with multiple compound fractures, (high speed poly trauma, and “elbows that were decimated”, were phrases used in the medical report) with contamination in them from the rocks and his jacket. At the time he wasn’t aware his knee was also injured.

“I don’t remember being very brave. I heard someone say, ‘It’s bone deep.’  I knew that was bad. They asked me to move my hands. Ulnar nerves were severed in the left arm and smashed in the right. I couldn't cross my fingers. I lost all intrinsic function in both hands,” he says.

That day he had a six-hour surgery on his right knee and right elbow, next day a four-hour surgery for the left elbow. When he woke up he didn’t have any hard casts, the doctor had screwed both elbows back together with a lot of metal.

His recovery involved 22 days in three different hospitals in three different countries, 4 different surgeries totaling 18 hours, nerve grafts, a pseudomonas infection, a PICT line in his chest to deliver antibiotics twice a day, physical therapy 4 hours a day for 40 days, where he sat in a chair attached to a CPM machine that bent and straightened his right arm from 0 to 135 degrees, and a bone stimulating device, not to mention an award-winning collection of gnarly scars. “It’s been a bit of a saga,” Burns says with supreme understatement.

What is the lesson from this? “I was doing a job for a friend and I trusted his judgment. The line should have been tested. Over the summer this line that is a mile long and weighs five tons, with usage and warmth it had lost twenty percent of its tension and slackened. “With two of us on it, it brought us down to a point where I hit the hillside at 70 mph. The lesson [is] you can’t trust your buddy even if he’s the expert. My expertise was to conceive of a way to make an exciting image.  My part of the plan worked. I got the shot,” Burns explains. “I do own my part of this, it was my idea. I do like shooting difficult-to-get-to positions but I’m trying to take the real lesson of this: to live your life as thoughtfully as possible and know yourself better. Had I been an inch lower I doubt I would have survived and nor would my friend.  It really made me think about not taking life and health and being able bodied for granted. This time is very special.

“What blows my mind is that given the mile-long wire and the 500-feet vertical drop of the zip line, what are the chances that we hit the ground and were dragged at 70 mph over rocks and that is all that happened?” he posits.

Somehow despite incurring grave injuries, he has remained optimistic and is keen to return to work. “Apparently I heal very well,” he says. After seven months of recuperation, he’s ready for something new. “Your body is an incredible mechanism that enables you to interact in the physical world.  It needs to be nurtured and maintained otherwise you lose ability and your world gets smaller and less stimulating.  I am doing everything in my power to get back to the condition I was in before the accident.  I’ll never be the same, but I might be better off because I don’t take things for granted anymore,” Burns states. It’s not a bad philosophy to live by, especially for someone with a second lease on life and career.

To see more of his work, visit www.ewanburns.com or his representatives at http://www.friendandjohnson.com. 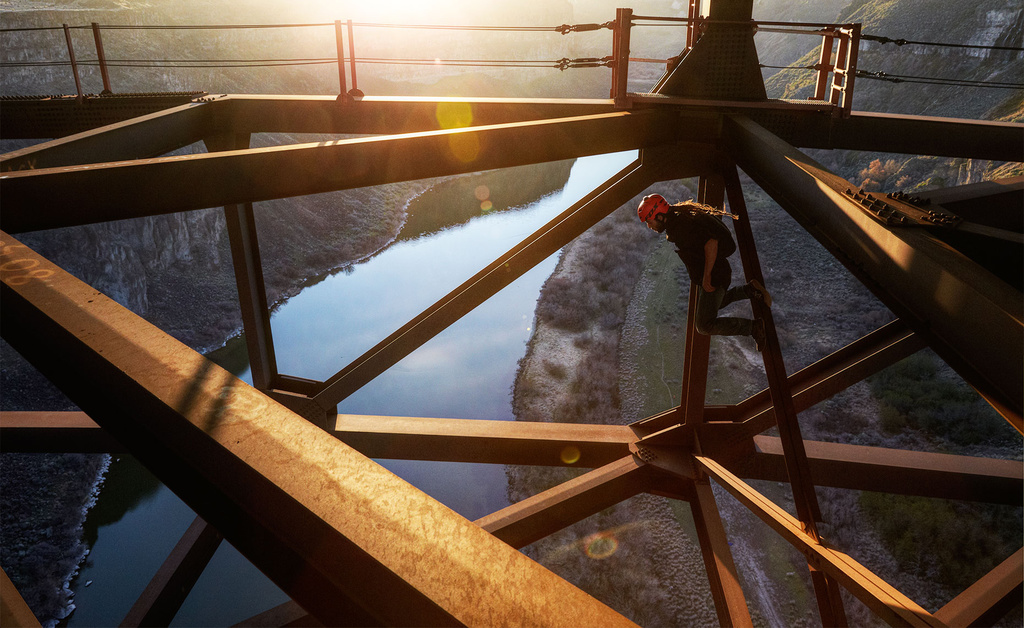 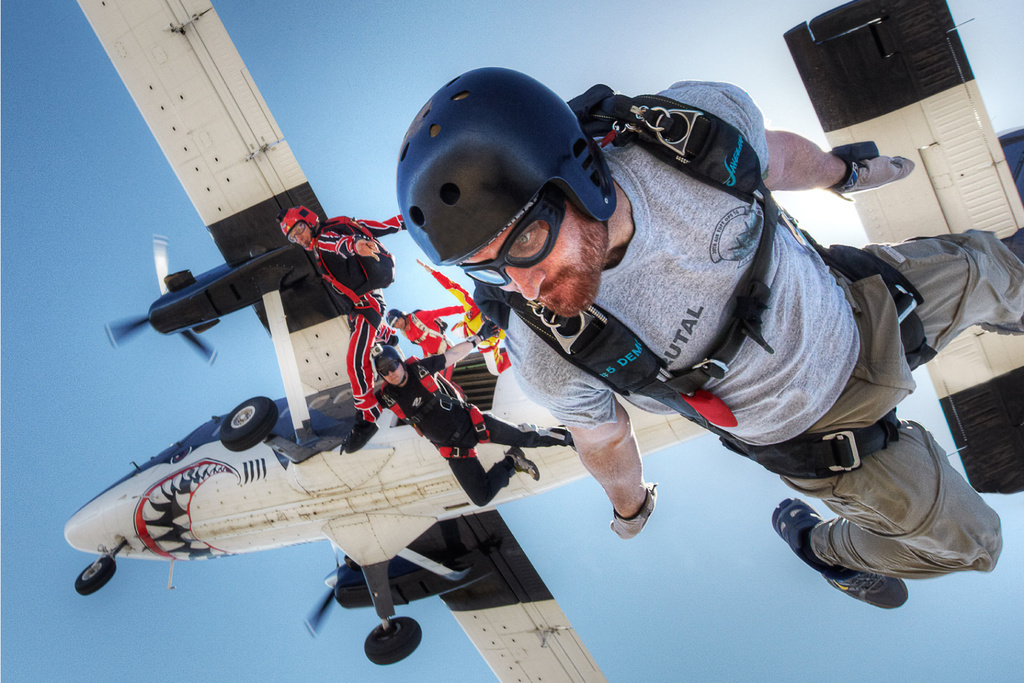 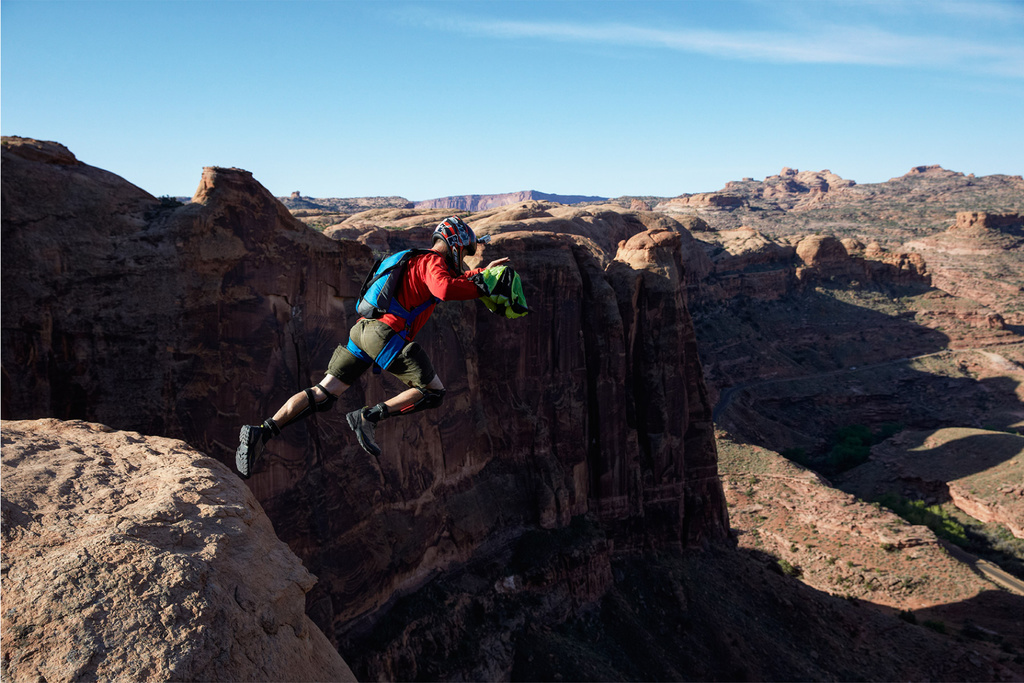 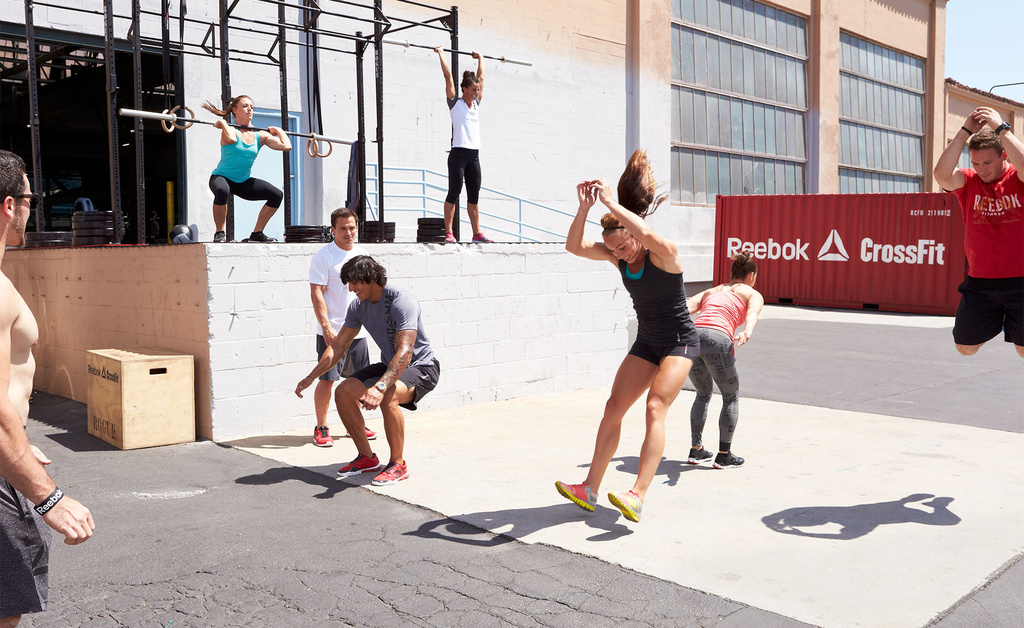 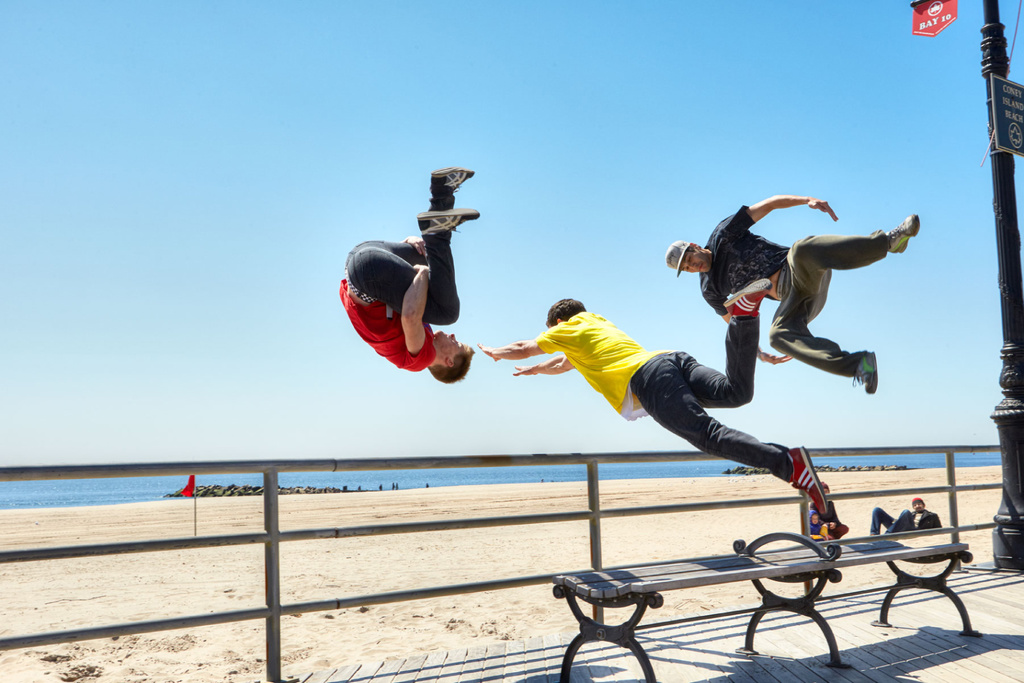 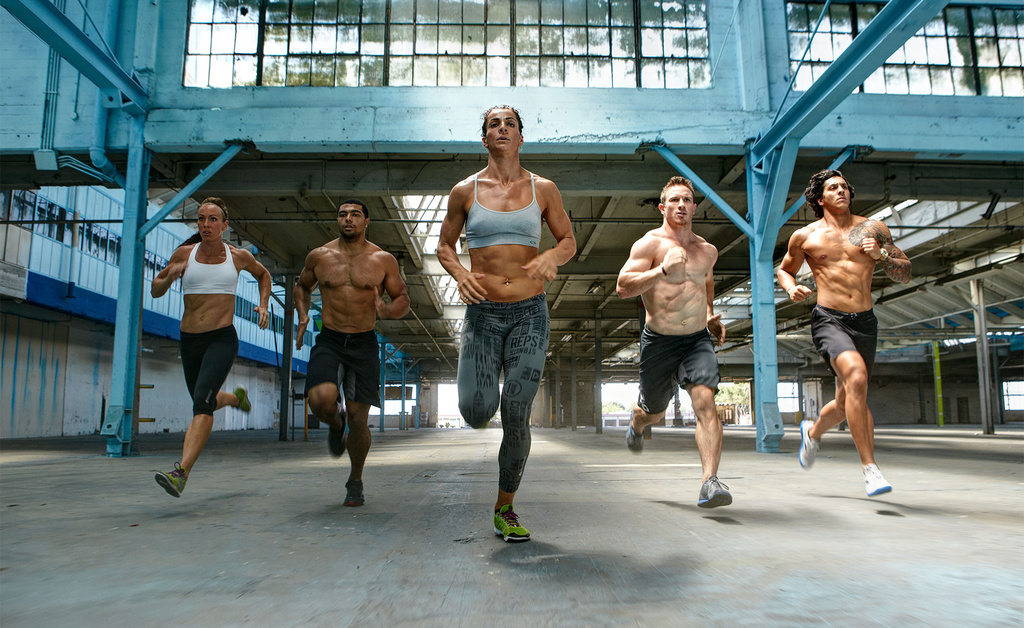 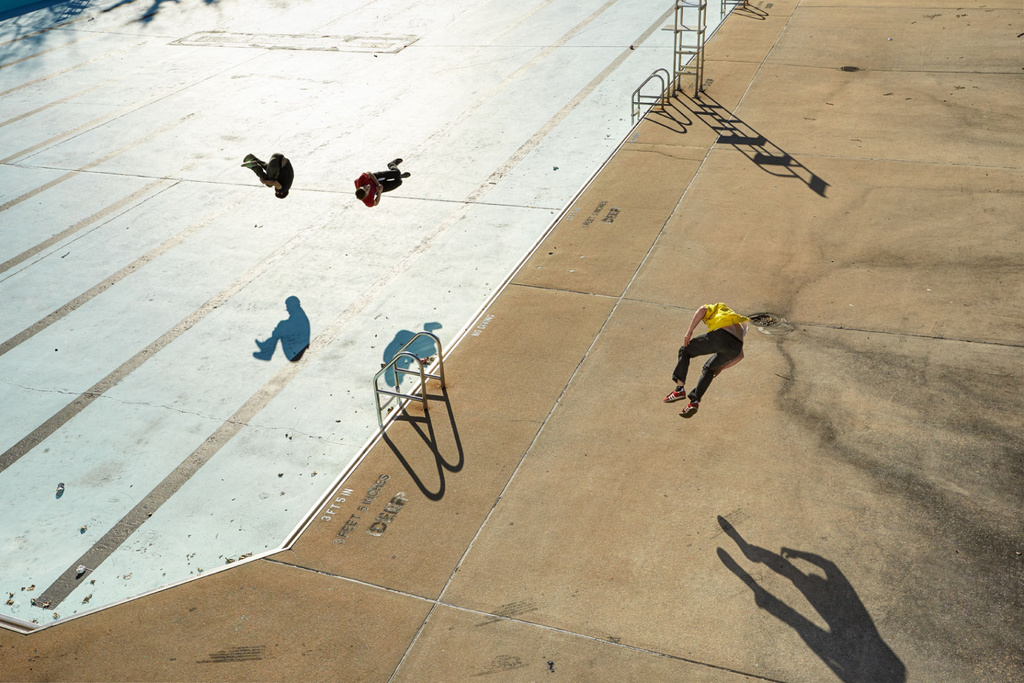 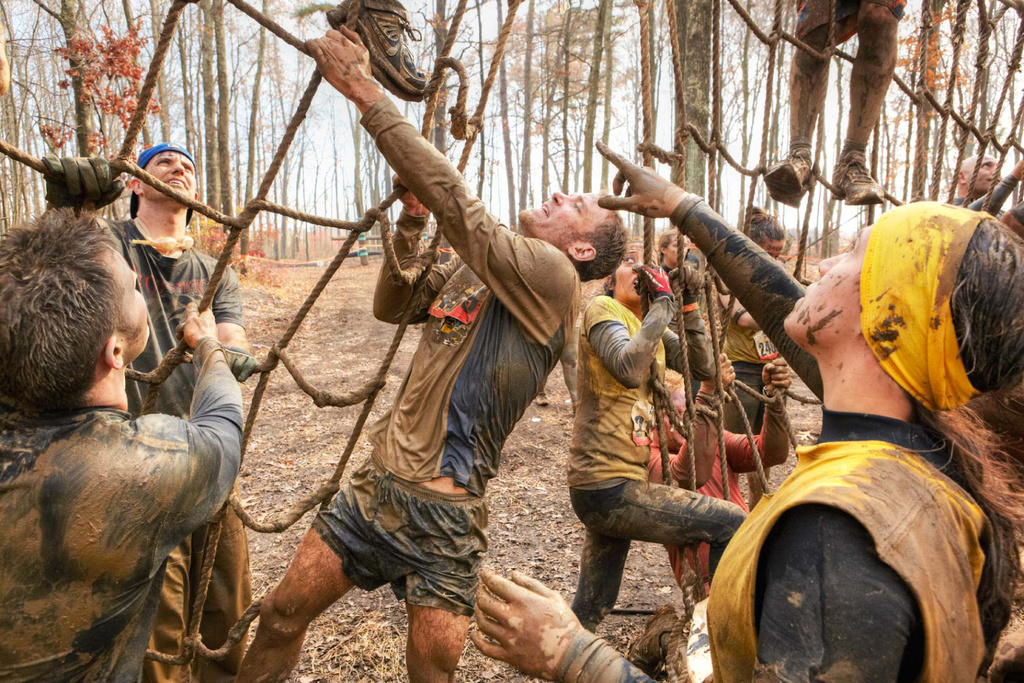 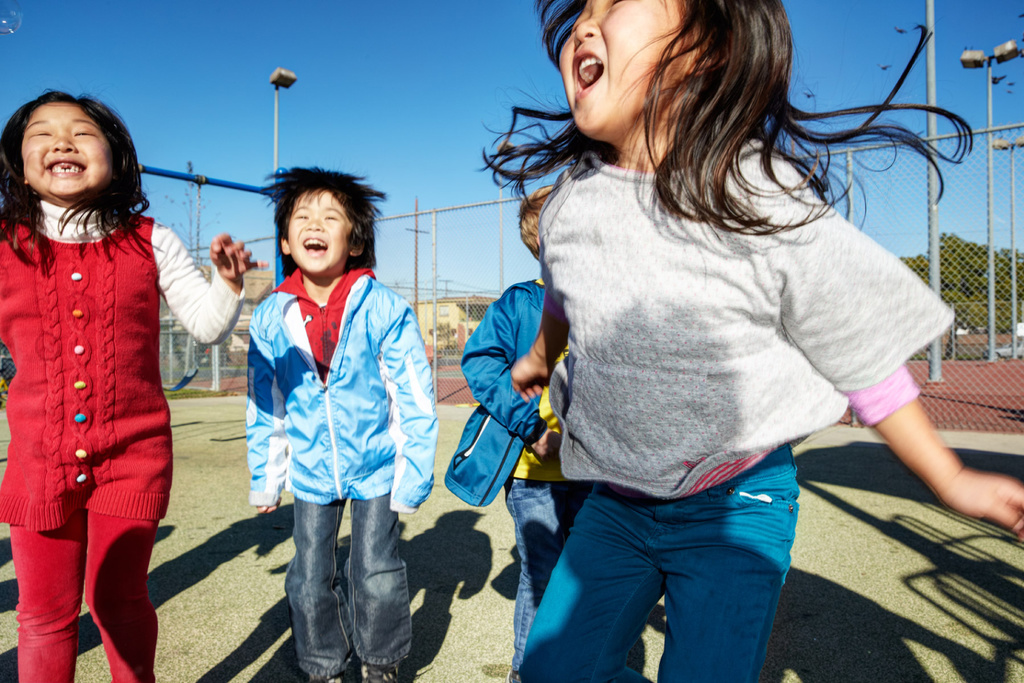 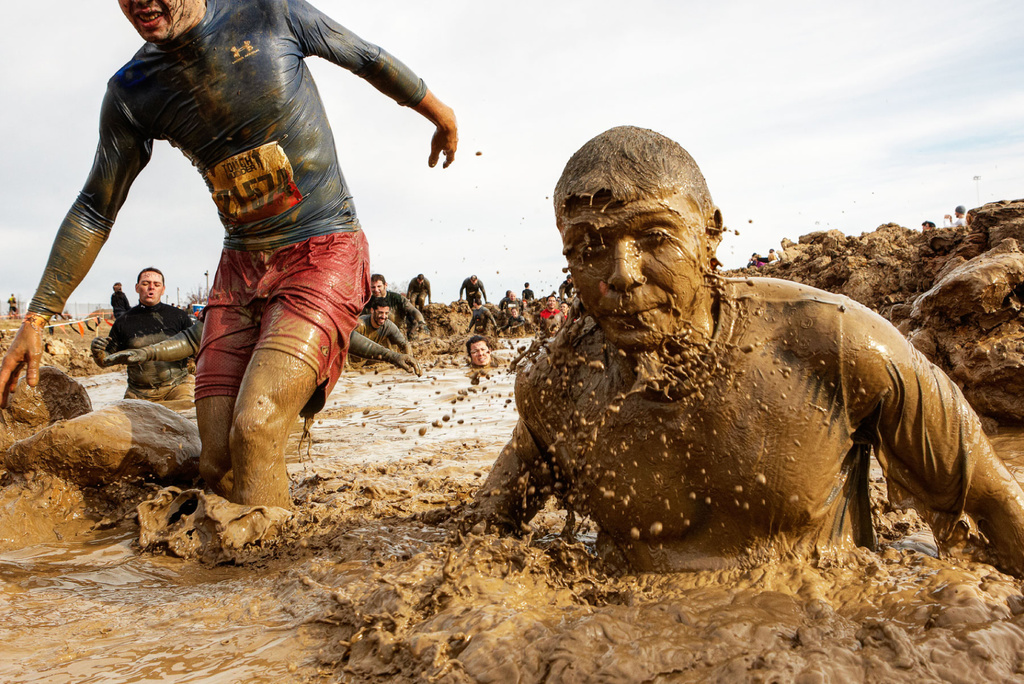