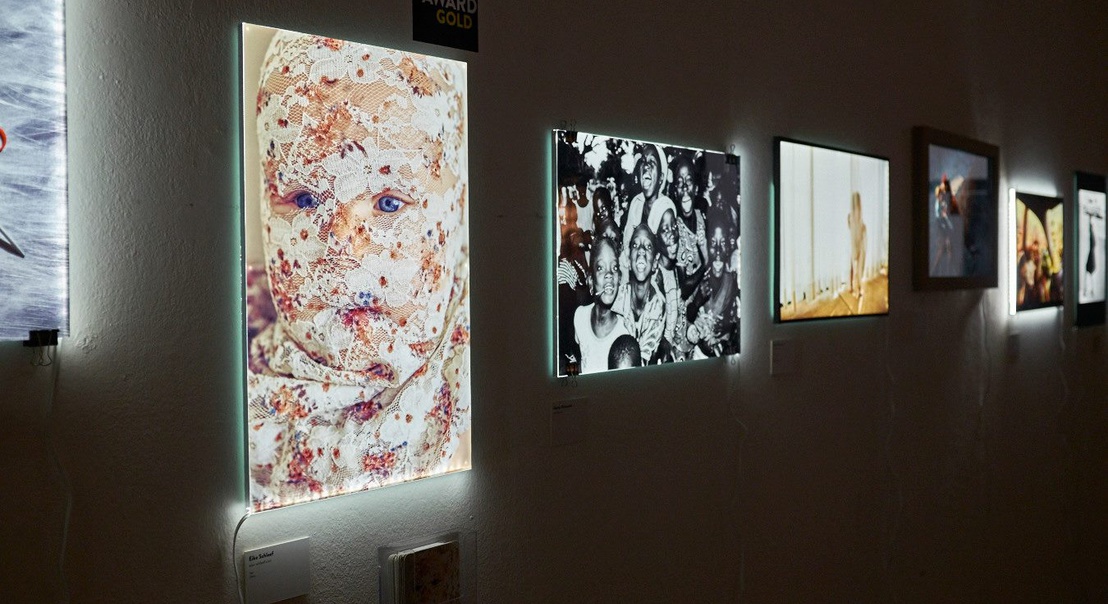 Pictures at an exhibition

I had the great pleasure to preside over a jury for the Aufschlag (The German word for "serve" in tennis) at the annual meeting of the BFF (German Association of Freelance Photographers) last weekend in Hamburg. It was beautifully organized by the BFF's Hamburg section by their board advisor, photographer, and filmmaker Christoph Siegert and his team. Aufschlag is in its 9th year, but the photo awards were handed out for the first time ever, with the event presented by @luerzersarchive and supported by Heiner Hauck Portfolios. It took place in a beautiful spacious art gallery, Barlach Halle K, close to Hamburg's main railway station.

My co-jurors were Alice Feja, Head of Artbuying, Kolle Rebbe, Till Monshausen, CD at the Oliver Voss agency, Ralf Nolting, CD, Grabarz & Partner, and Michael Weigert, Head of Copy at the weigertpirouzwolf agency, all of them based in Hamburg. Rarely before in a jury meeting have I encountered such a high level of discernment and articulateness, exhibited by each of them when discussing and judging the work. This consisted of 81 submissions by 81 photographers (all of them members of BFF Hamburg with some participants from Berlin as well), the theme being UNCOMMISSIONED, i.e. free work.

There was plenty of beautiful and intriguing work on display but I was thrilled to see that my co-jurors quickly came to the decision to award the Gold Professional award to an image by Eike Schleef, which had grabbed my attention from the very start. It had been my favorite among the entries from the first moment I laid eyes on it although I must confess I was at first even a little scared to inspect it more closely. The image, besides being beautifully composed and shot, conjures up associations – a lot of them disturbing, even gruesome. Some jury members spoke of the photo's "second level." At any rate, it is an image that is highly suggestive, yet is completed inside the viewer's head. And this is, I believe, where its power to fascinate - possibly even haunt the viewers - derives from. (Eike told me later that the portrayed was his infant daughter, who, in fact, was present at the exhibition, "in good spirits and quite unharmed" as Eike assured us all in a charming speech after the awards presentation.) 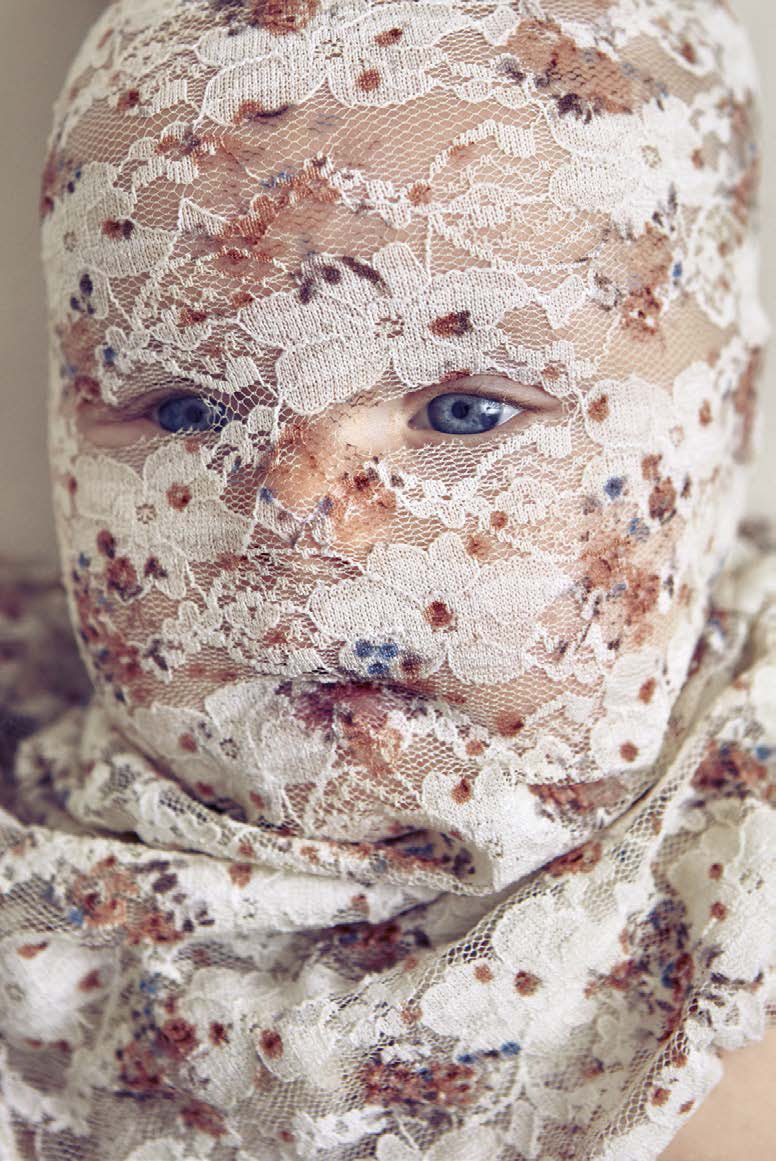 Photographer Eike Schleef war born in Hamburg in 1981 and raised in Munich. After one year of studying the arts in Heidelberg, he moved to Hamburg in 2004 and started a career as a professional photographer. He spent six years of freelance assistance to more than 60 national and international photographers, primarily People, Fashion and Beauty, also Transportation, Stills, Architecture, Interior. (Among the photographers he worked as an assistant for there were Peter Lindbergh, Mats Cordt, Florian Geiss, Armin Morbach, and several others.)

The winner of the Aufschlag Junior Award was young photographer Lars Jockumsen. We thought that his image of a woman (surfer) in the midst of a giant seascape was extraordinarily captivating as well as beautifully composed in terms of graphics. The photo  tends to draw the viewer into its world and suggests a number of stories: Stories of great perseverance against all odds, of loneliness - even a certain feeling of being lost to this world. Despite the number of themes that can be interpreted the image itself remains largely abstract and certainly raised the question of how it was done. (Not with the help of drones, Lars let us know.) 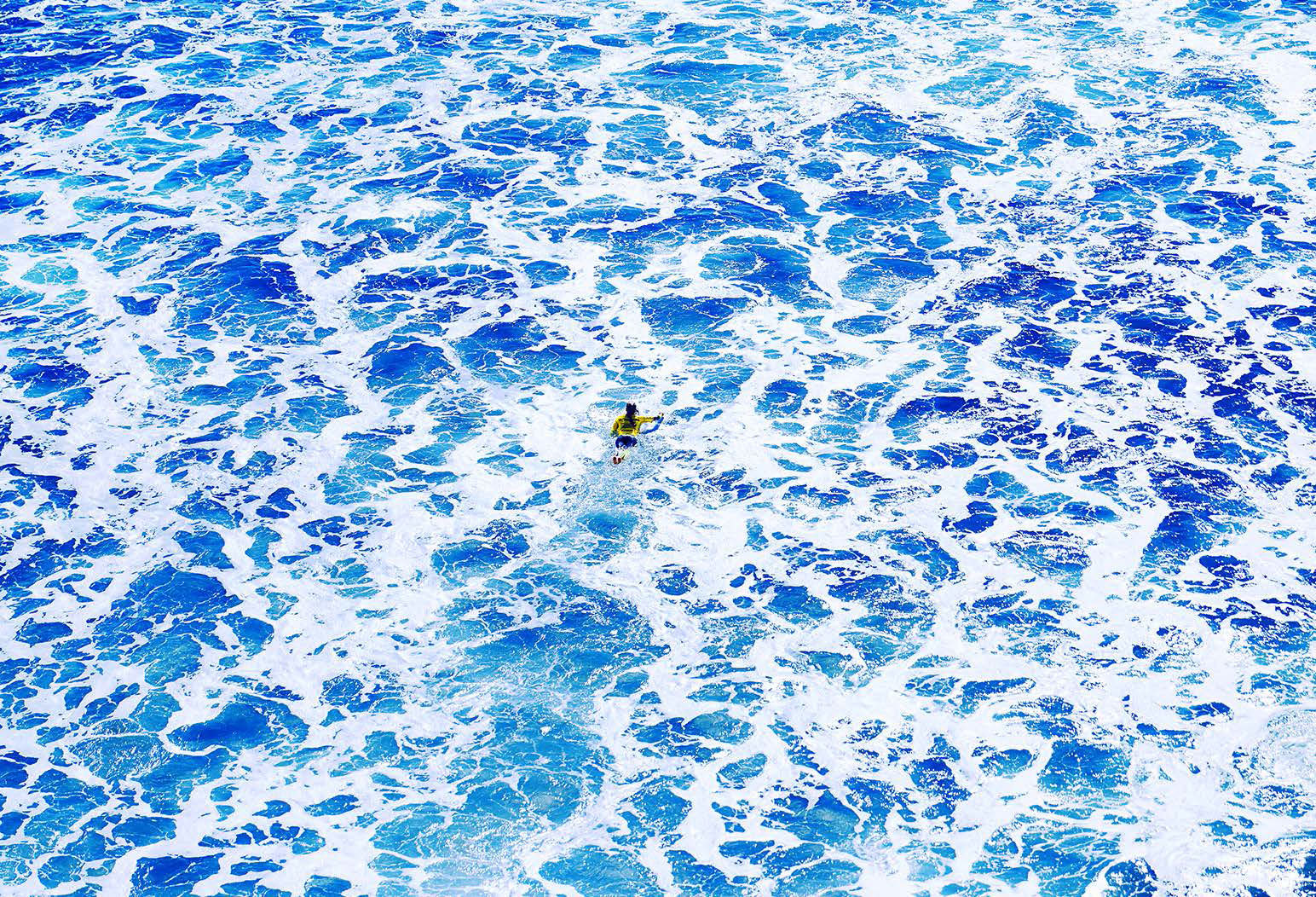 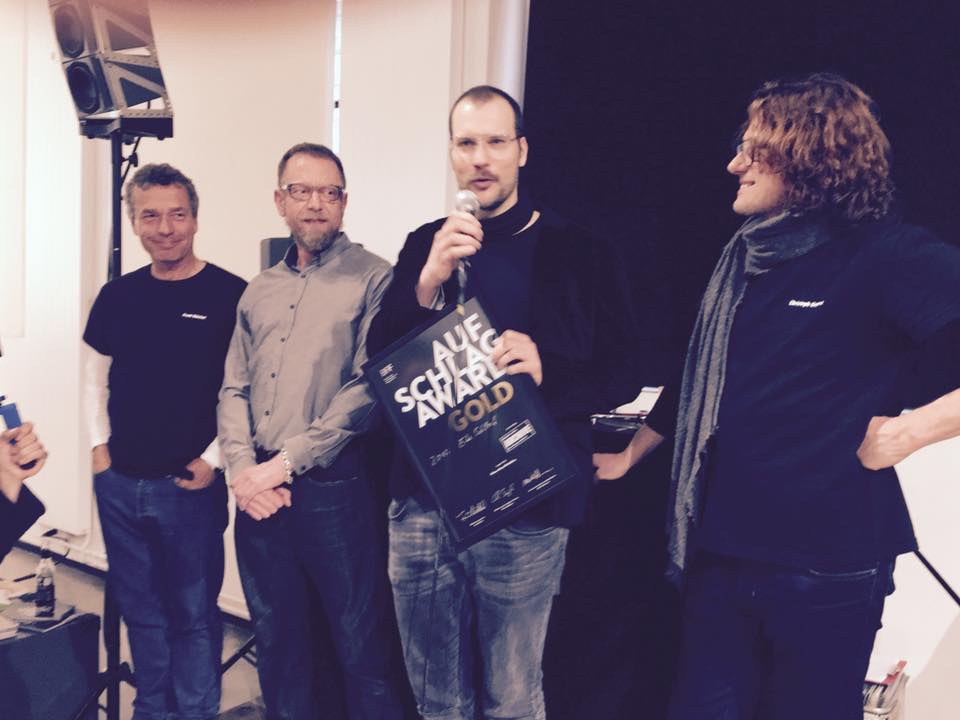 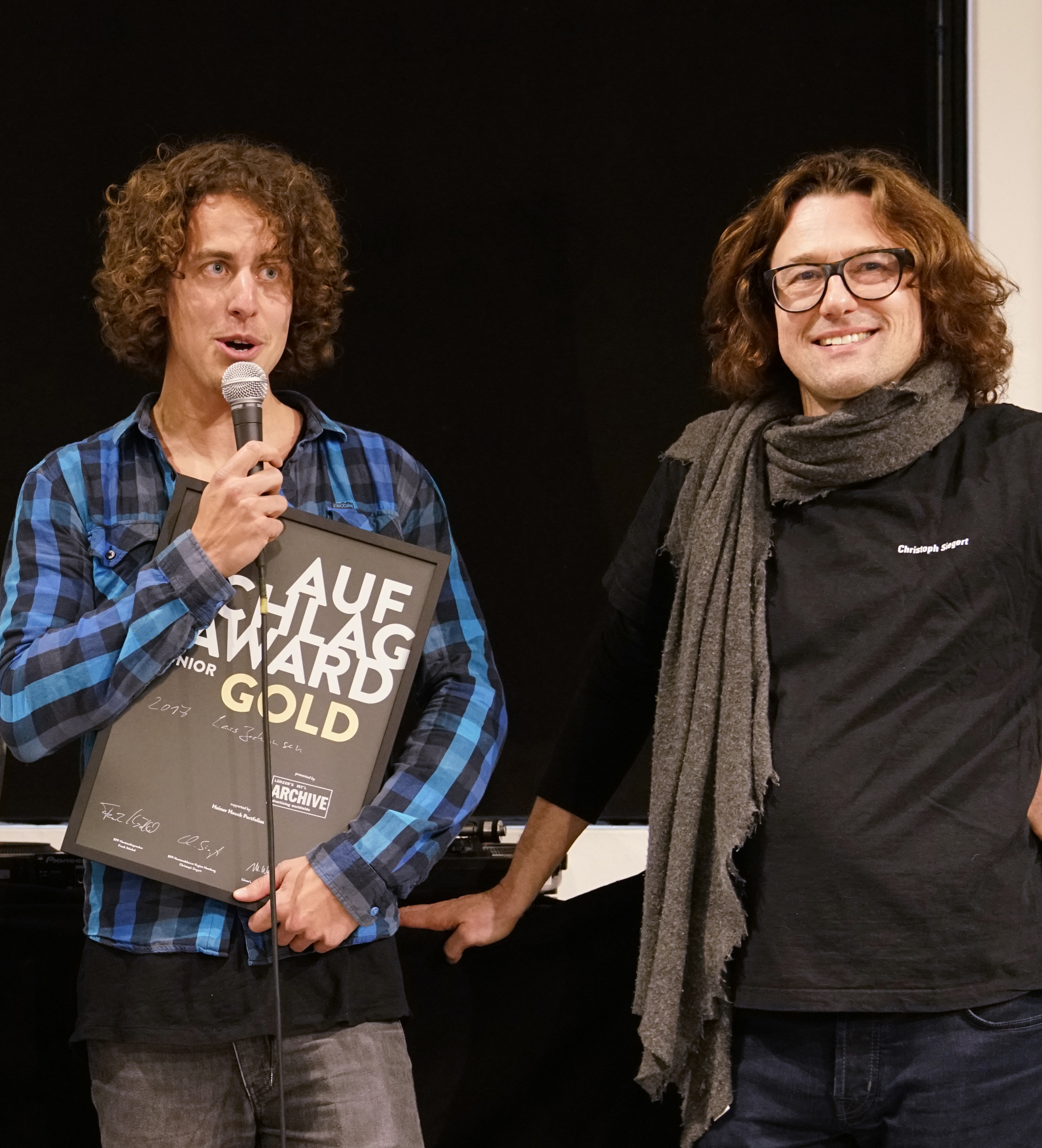 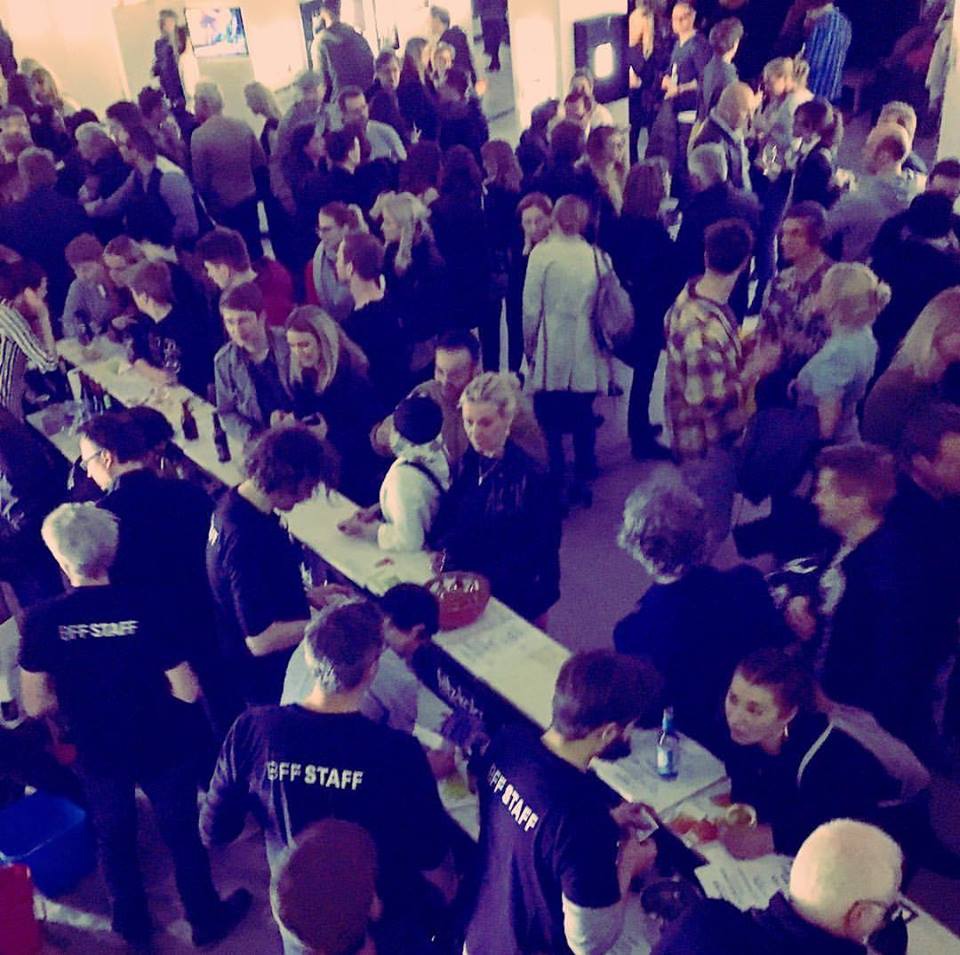 The opening event last Friday night drew some 2,000 guests. Aufschlag No. 9 went from the 4th to the 7th of May. 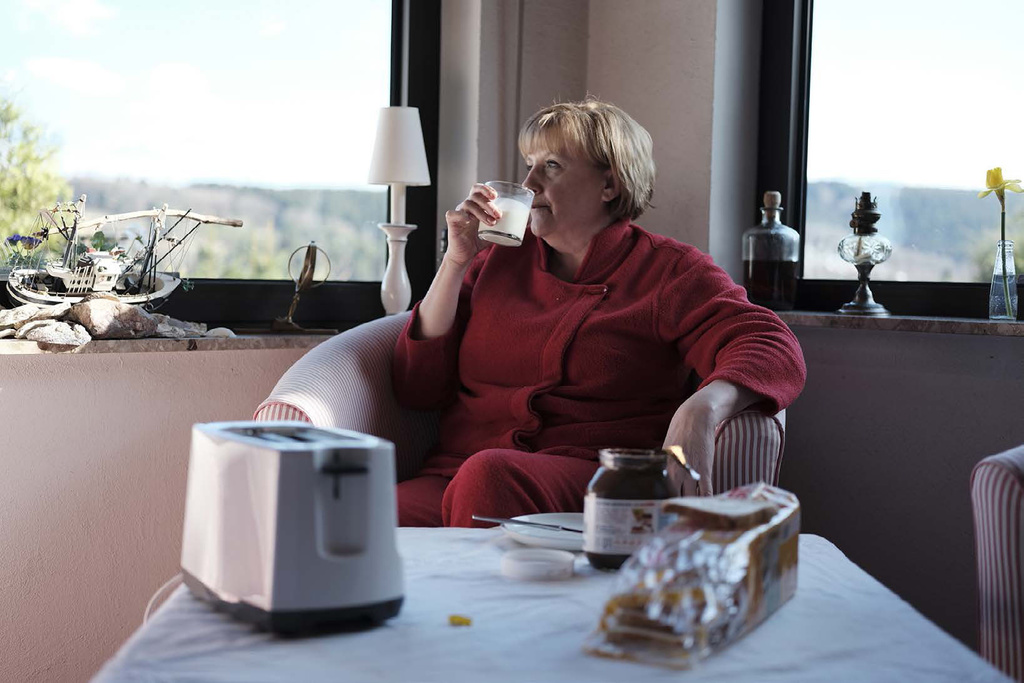 And here a selection of images from the BFF's "Aufschlag" UNCOMMISSIONED exhibition. Photographer: Peter Bauer 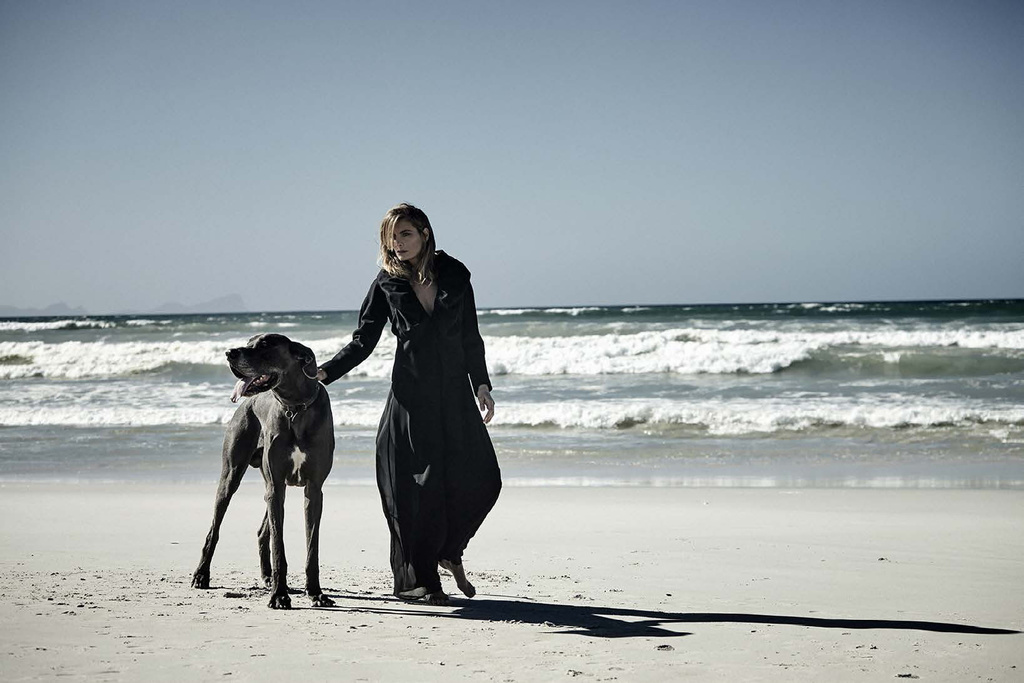 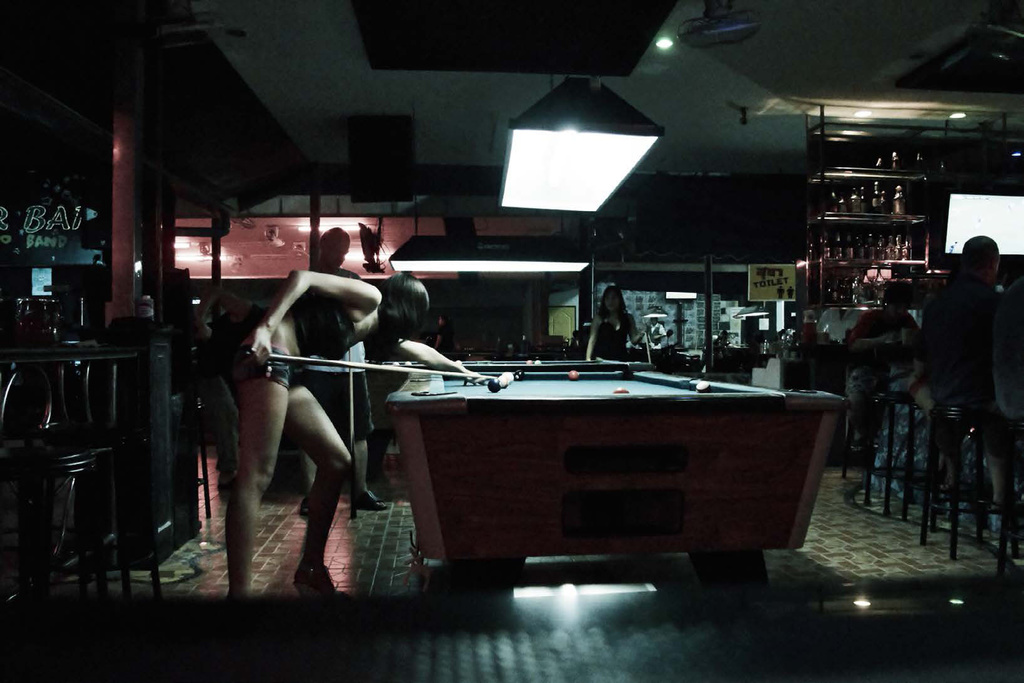 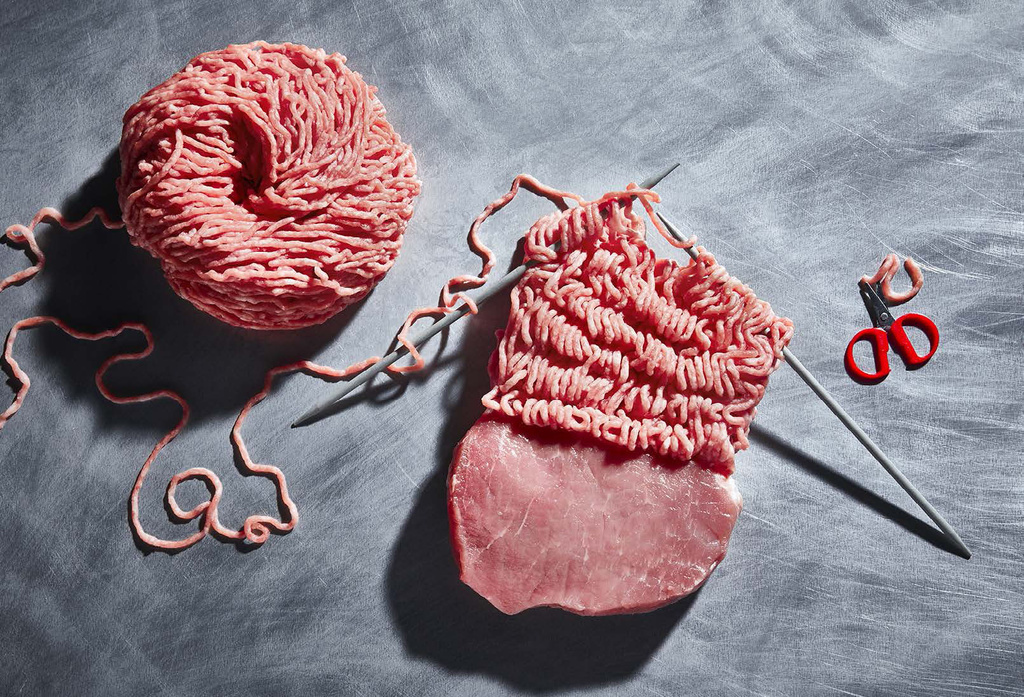 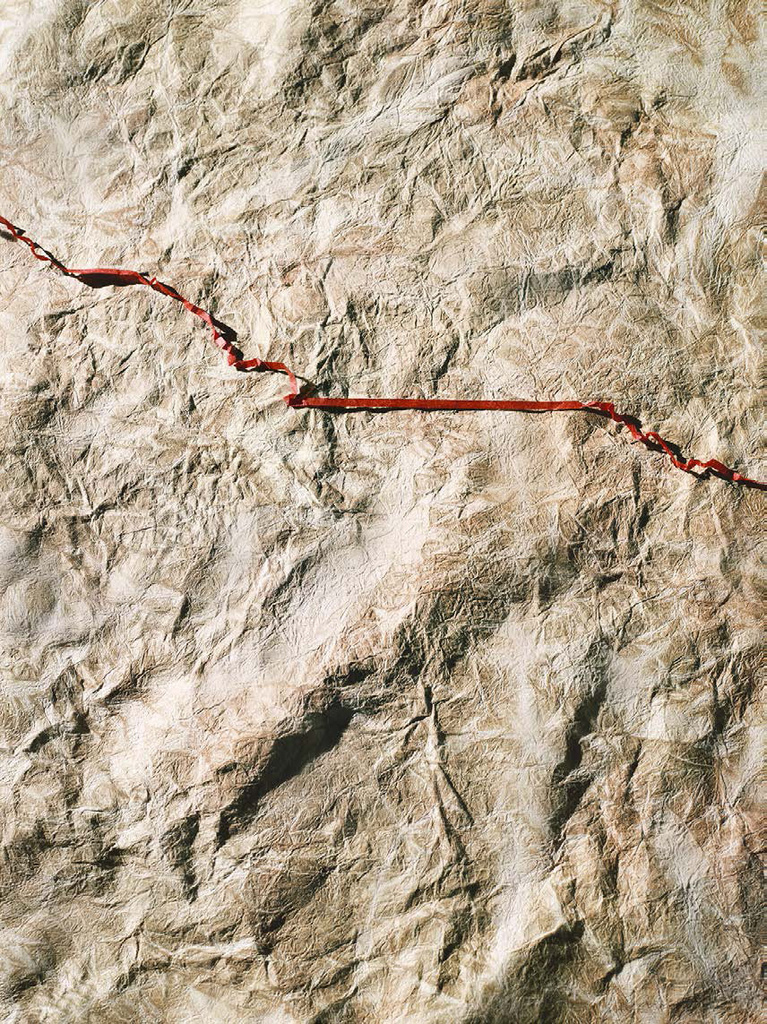 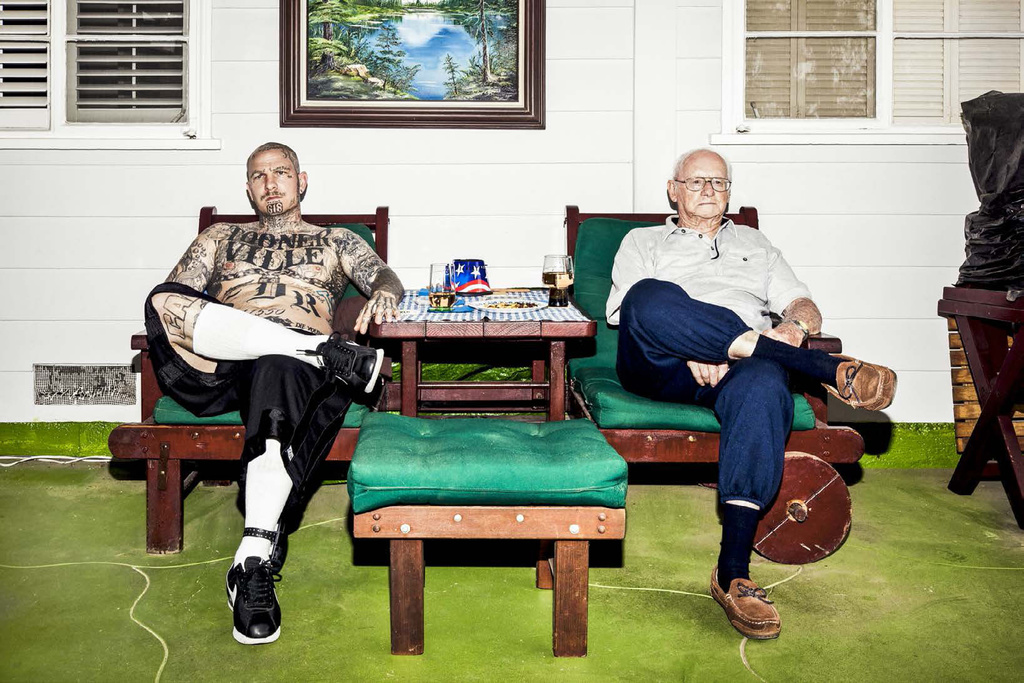 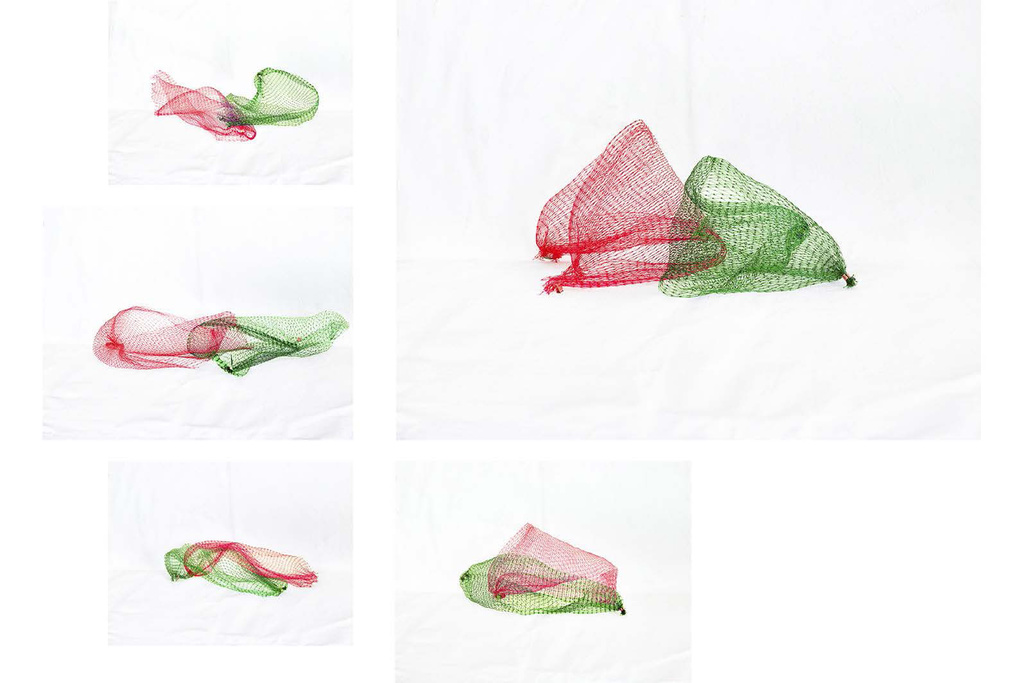 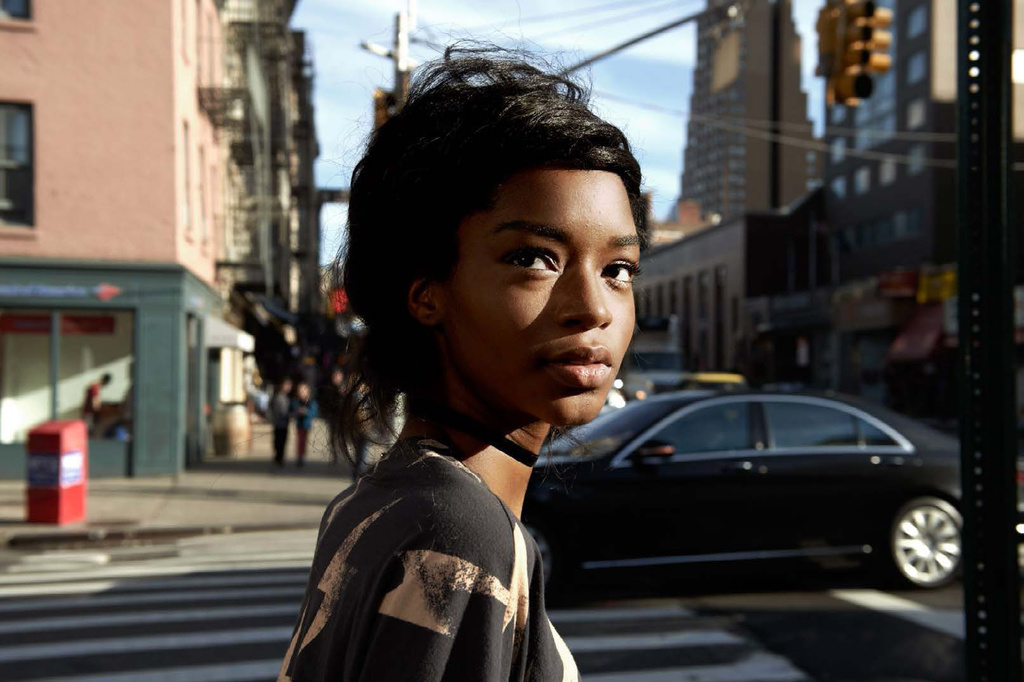 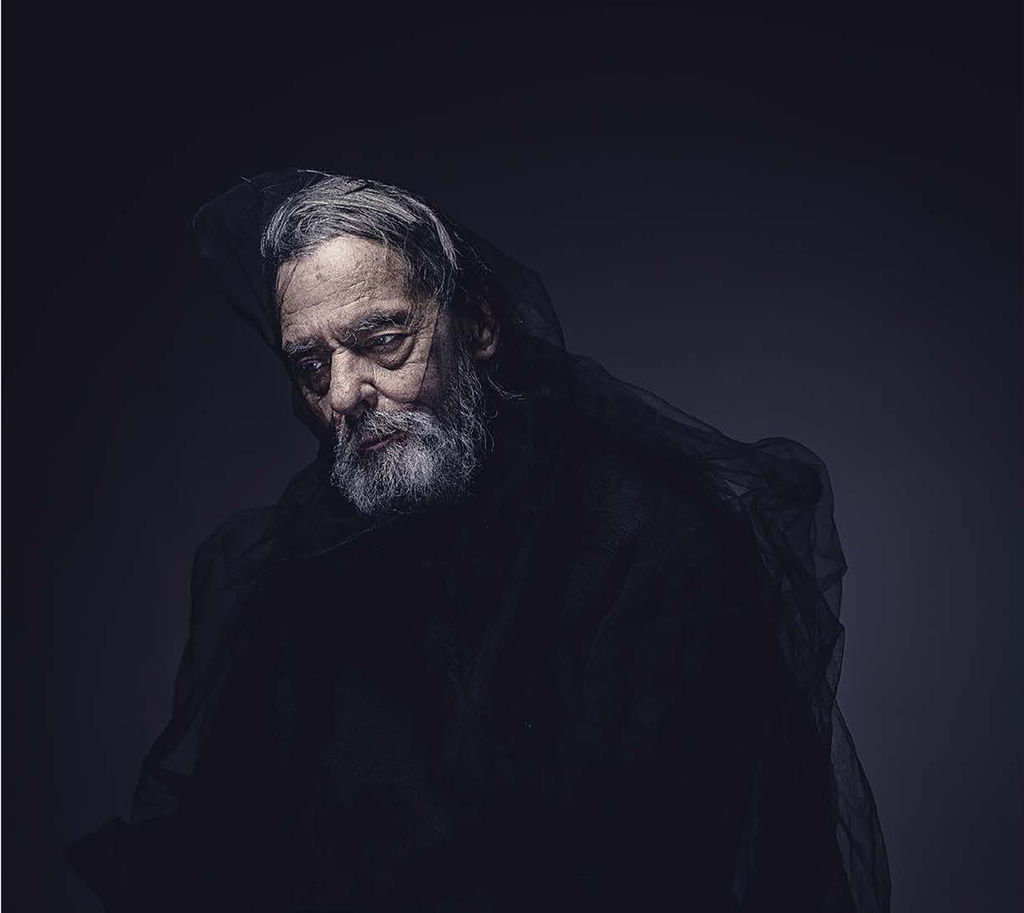 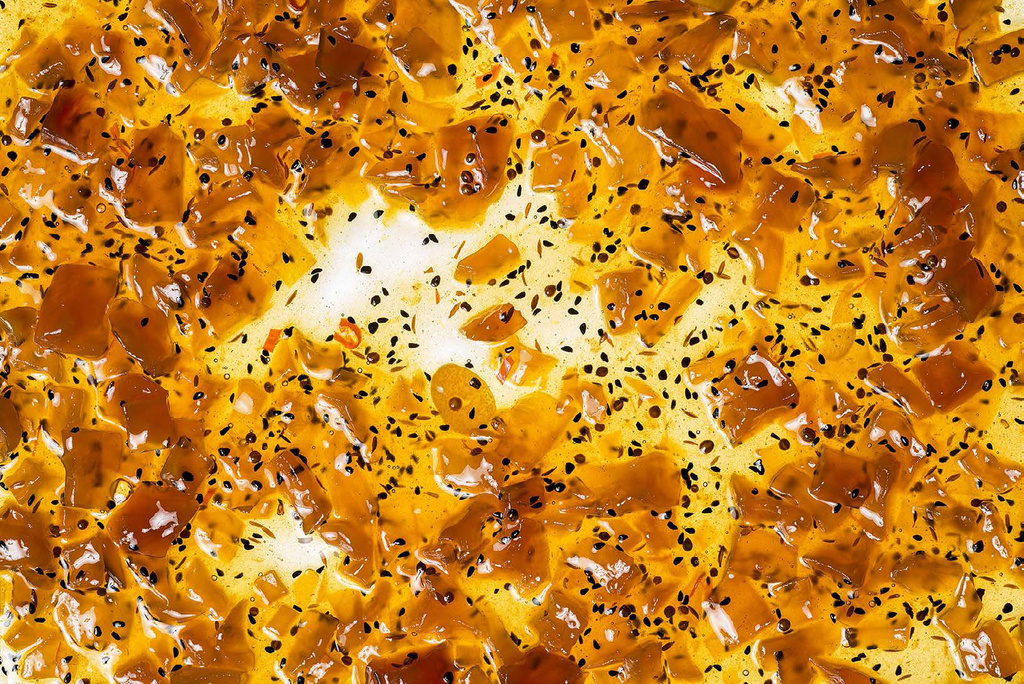 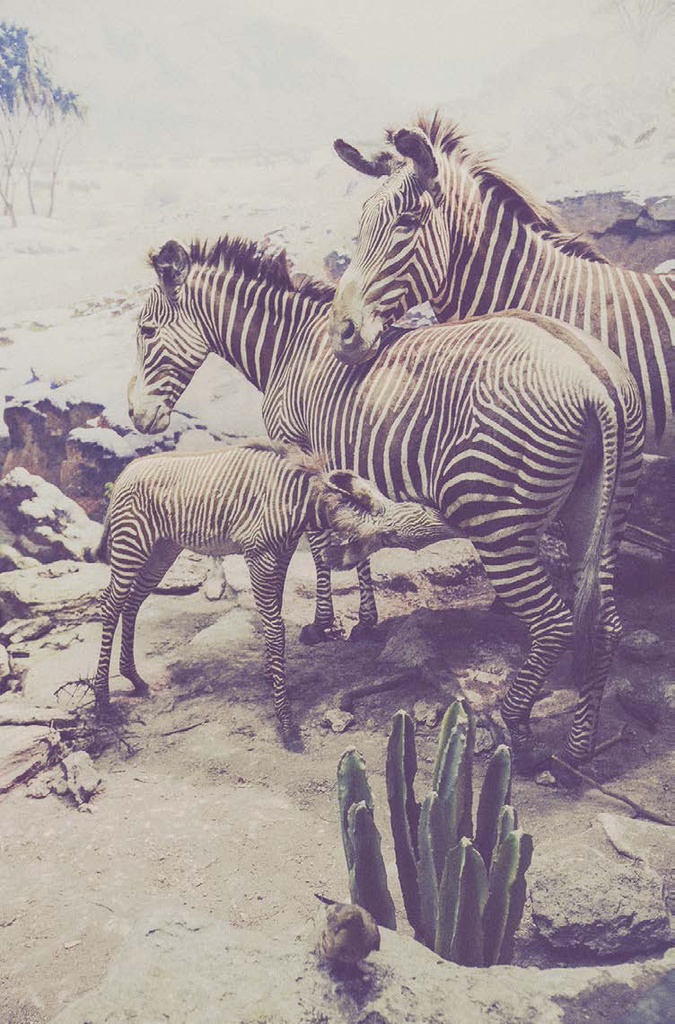 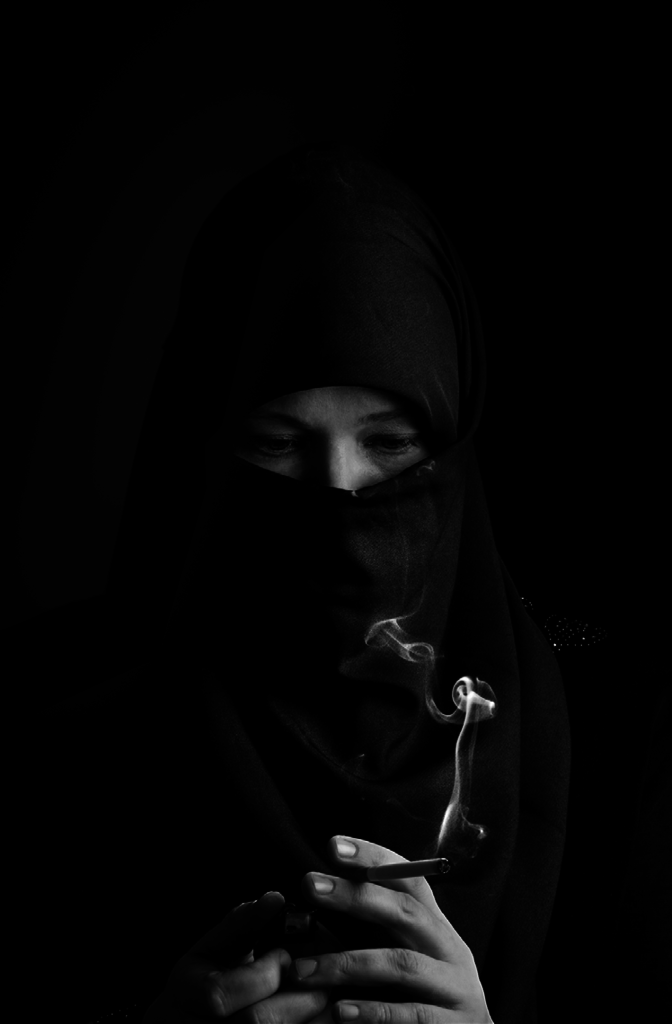