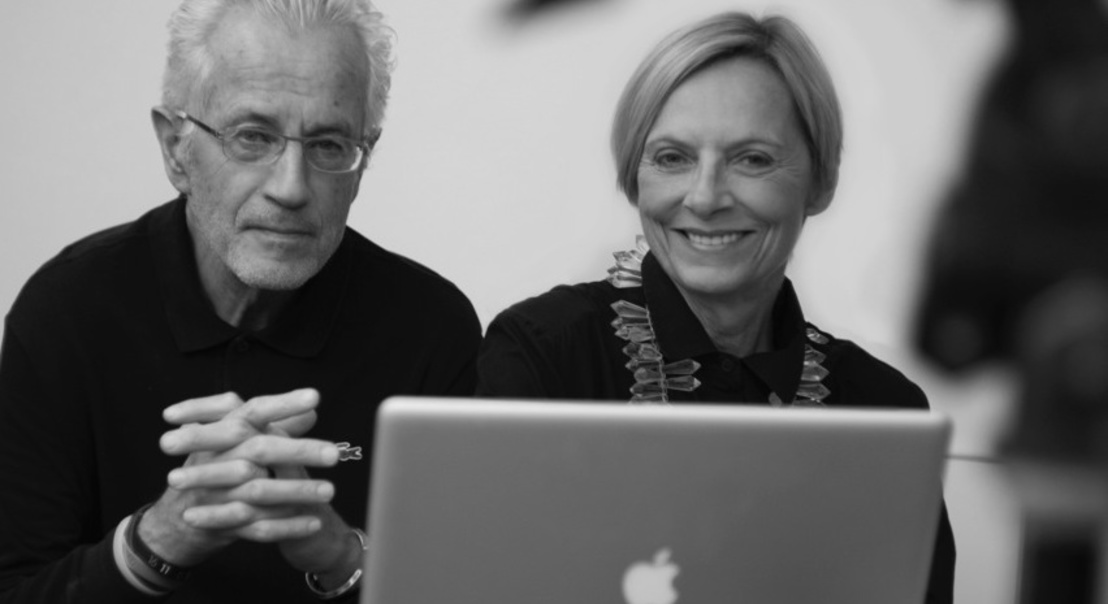 It’s a big existential question: In the end what do we leave behind? Human evidence. Proof that someone passed this way and dropped, or left, or stumbled and lost, something that defined them in some way. Perhaps it was only a shirt, or a tattered page of a book. Some small thing allowed on the passage through a hellish desert landscape to one seeking freedom. Those of us armed with expensive cameras capture the light and the majestic geometry of cactus and cloud. A man, woman, or child traversing this landscape is intent only on surviving it and finding a way to stay in America, to work and to send money to those back home.

As the Trump administration continues its unprecedented crackdown on immigration (while overlooking the reality that most Americans cannot, or will not, do the backbreaking work that immigrants perform for substandard wages) concerned citizens in Arizona have continued to provide water and food along the route immigrants take through the desert.

Tucson Samaritans is a humanitarian group that takes water and food into the Sonoran Desert to water stations that can make the difference between life and death to those crossing its treacherous expanse. Francois Robert and his wife designer Jane Gittings Robert joined the Samaritans and their humanitarian work with the group led to a body of work he’s titled “Left Behind”, that consists of large-scale photographs of random objects abandoned in the desert. Besides exhibiting this moving body of work, Robert plans a book on the subject as well.

Born in La Chaux-de-Fonds, Switzerland, Francois Robert divides his time between Tucson, AZ and Chicago, IL. The award-winning self-taught photographer is equally renowned for his commercial work and his fine-art photography that covers a wide range of subjects from candid street and travel photographs to nudes and still-lifes. His work has been exhibited internationally and throughout the US. His first book Face to Face sold out here and abroad and was followed by Faces (published by Chronicle Books). His two most recent books are Crosses published by Graphis Press and Stop the Violence.

In 2009, IPA–Lucie International Awards jurors selected his work to be a finalist in the running for International Photographer of the Year. The Lucie Awards recognized Stop the Violence as the overall winner in the Fine Art category from nearly 18,000 submissions and 104 countries across the world.

Robert is a perfect fit for a project of this type. He once spent five weeks photographing skulls in Chicago’s Field Museum of Natural History. “The project really started with someone we met, a Mexican woman who came in and out of Hermosillo to Tucson. She joined the Samaritan group that carries water and food near the border for undocumented immigrants,” he explains. “Jane and I joined the Samaritans; we would carry water as well. We’ve done it for two years. It’s very rough terrain. We collect the bottles they leave behind to recycle. There is a fair amount of students that come and clean the desert.

“A lot of people will leave their backpacks and we will recycle and refill them with food and water,” he adds.

The elegiac quality of these images haunts the viewer. The immigration issue affects our entire social fabric. It gets at the heart of what it means to be an American. The American Dream that has motivated, inspired, and come true for so many people from different countries, cultures, and religions represents the best of this country. Free speech and freedom of worship, inalienable human rights, a land of opportunity for those who work hard—that is what America represents to so many.

The objects are reverently assembled and meticulously photographed. Each frame tells a story unto itself. Some images are more heartbreaking than others: A beautifully embroidered handkerchief with the phrase “Recuerdo mi cariño” (forget me not) stitched next to a rose; many images of Jesus and the Virgin as amulets, key chains, prayer cards.

When asked what was the single most affecting thing he’s seen left behind, Robert replies, “Besides human bones, it was probably a baby pacifier. You realize the mother is really putting her baby in jeopardy. Willing to at any price, work in the US. One of the ironies: On the other side of the border there is a big business of people selling shoes that don’t leave marks, and large water bottles that are painted black so they won’t reflect light that could reveal a person’s location.

“The body of work is composed of objects that Jane and I have picked up on several trips,” Robert relates. “I want to have more cross sections of objects; I’ve started to ask the Samaritans if I can borrow some of the things they have collected. [It’s] really wonderful to see what people do to carry water, how they protect themselves from the sun, what do they sew on their blankets, the letter they carry from their children to their father in the U.S. I have asked to borrow their own objects they collect. It made the project even bigger than I thought.

“Between 200 and 300 undocumented immigrants die in our backyard each year. They go from Nogales toward the Tohono O’odham tribal land. They don’t know the distance between the border and Tucson, and do they even have a compass? They are so unprepared for the hardships of weather; they must walk at night to avoid surveillance. I’ve been told that probably more than 80 percent have an address of where to go in the United States. To see the willingness of a population that wants work, that doesn’t want to wait for eight years to get documentation. [It takes] courage,” Robert says.

“When you see all these objects left behind for many reasons, to lighten the load, [or] they are being chased by helicopters…you realize these are people who have family. I thought by showing all these objects, [the viewer will see] they are people like you and me. They want the American dream. I had a show in Hermosillo at the Museum of Modern Art. The people from Mexico were blown away to see what was going on across the border. There is a cross section of people from throughout the world who want to know what is really happening,” he claims.

“The curator in Mexico, the director, they said it was so nice and such a sense of relief that it doesn’t show people leaving a big mess in the desert. It was much more effective to show the object in an elegant way, to highlight it with beautiful lighting. It is not just a piece of T-shirt in the desert covered with dust. It’s a new visual approach in considering people entering our country.”

Francois was inspired by the book The Haunting of the Mexican Border: A Woman’s Journey by Kathryn Ferguson about her fifteen years crossing the border making documentary films about the indigenous people of the region between Tucson and the Sierra Madre of Sonora and Chihuahua. Her powerful words and the bravery and hope exhibited by those who accept great hardship to win a better life, continues to inspire this dual-citizen artist. 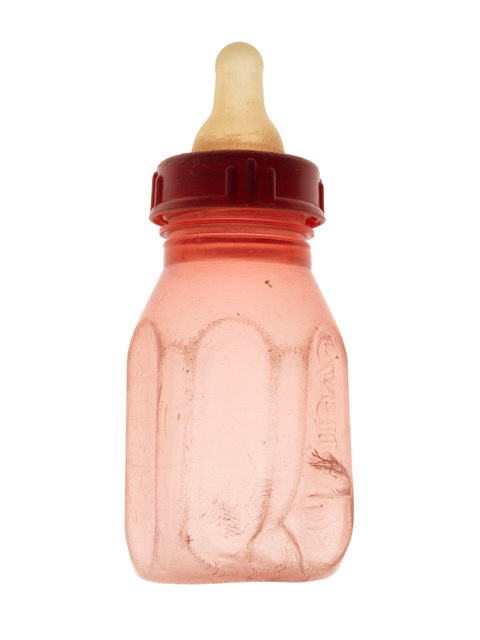 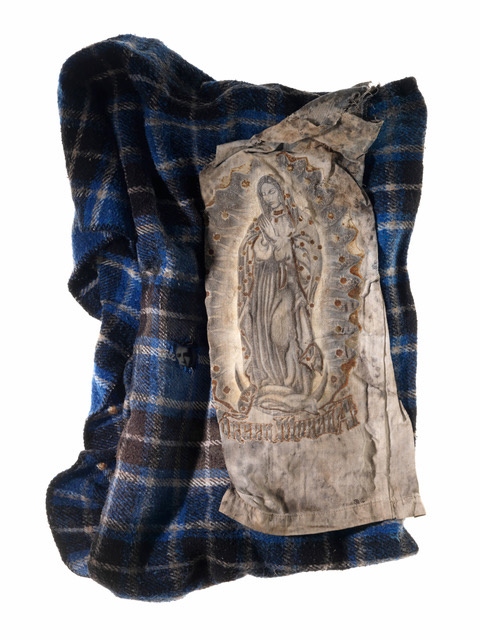 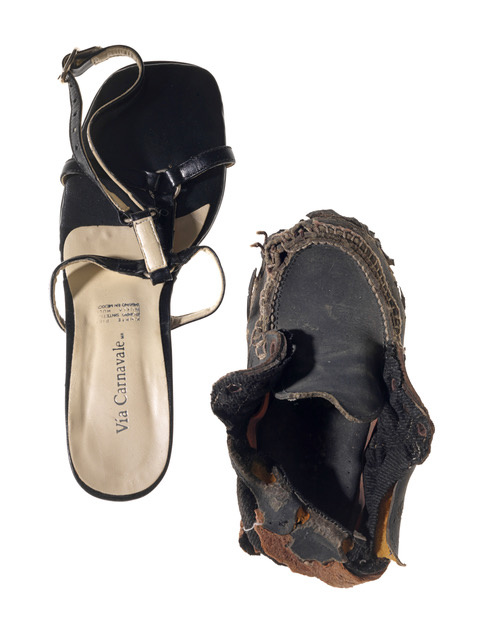 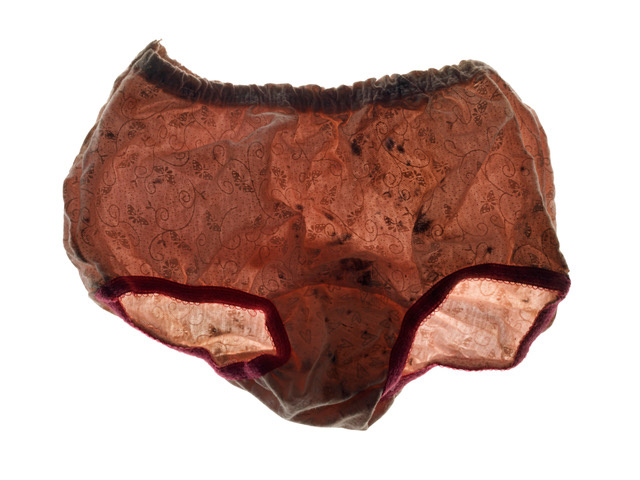 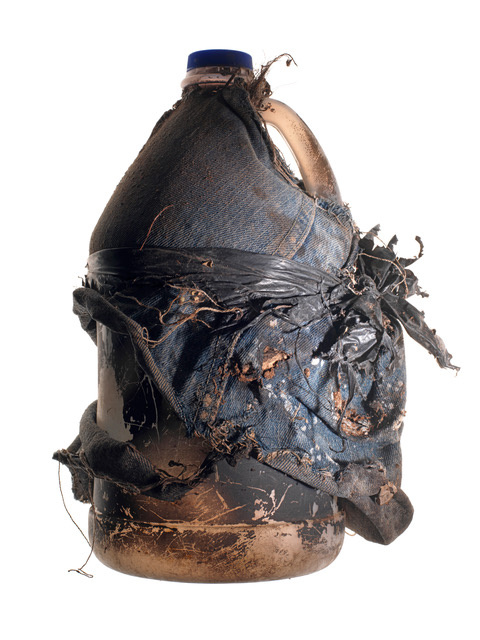 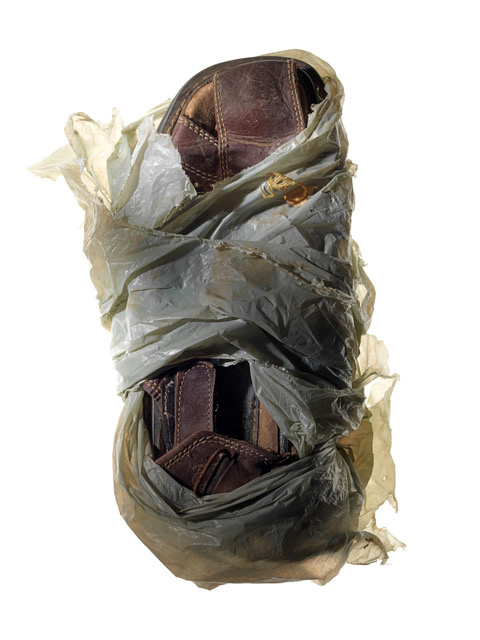