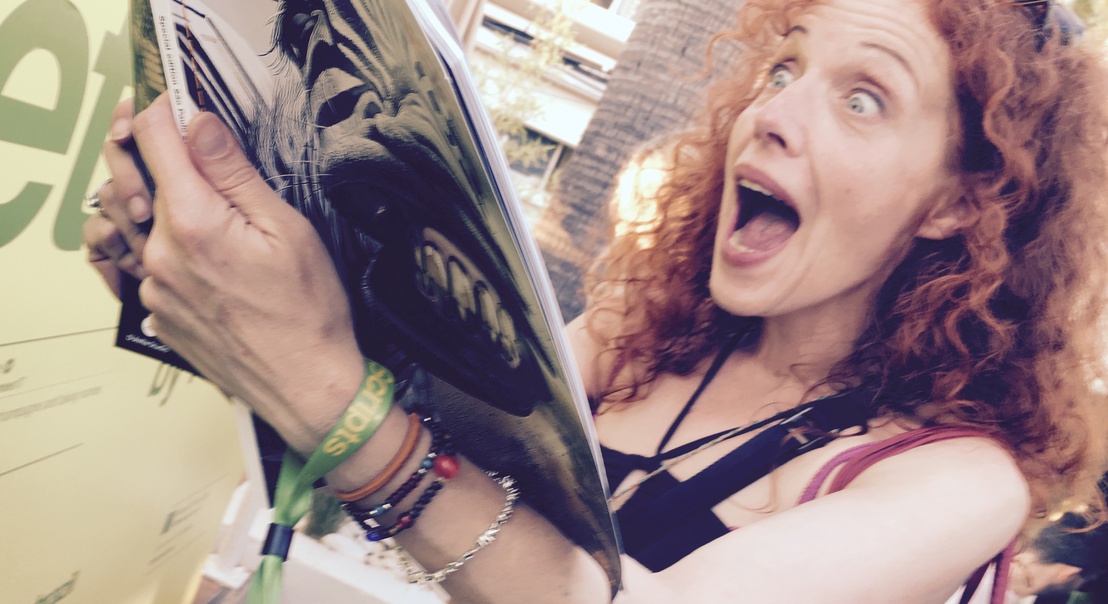 For a number of reasons - some of them purely neurotic I fear - I have NEVER been to the Cannes Lions Festival in my 30 years with Lürzer's Archive. I didn't need to be there, there were always others who wanted to go very much and who represented our magazine at the Croisette, handing out copies of our latest issue (always Vol. 3) and doing the networking I hate so much. However, never before quite as brilliantly as this year when we had our two "Special Agents" and frequent collaborators Charlotte Bufler and HP Albrecht (of the U5 Akademie ad school in Munich) launching our latest special issue, devoted entirely to ad creativity from Sao Paulo, right there. Charlotte and HP, as well as our Brazilian distributor, Romeu Open Books, were major driving forces behind all of this and we can't thank them enough. Which is why I hand this week's Editor's Blog over to them and have HP report from the launch.

HP Albrecht: "OK. It's really like a penalty without a goalkeeper. A LÜRZER’S ARCHIVE special edition presenting creative work just from one single city. Especially if that city is not Wolfenbüttel or Wladiwostock (apologies to creatives stuck in these places) but SAO PAULO!

The idea came up when my creative "wonder weapon" Charlotte had a 3-weeks stopover in Sao Paulo as part of her CREATIVE EXPEDITION and working for ALMAP BBDO.

She came back and told me that she had been to paradise for creatives. Working, for instance, on the  Havaianas-campaign that was awarded a Lion this past week.

I got curious and asked the Lürzer’s team to push the „Sao Paulo“-Button in their Archive system. Our Archive spilled out endless great creative campaigns made in Sao Paulo. I think it is still running over....

There are hundreds of reasons to produce the first Special Issue devoted to one particular city. A city, that is to me the "World Capital of Creativity“. Why is that so? What is the secret, the magic, the genius loci of this place? We asked the leading creatives of Sao Paulo and with their help the special issue became reality.

It features 11 different covers, each of them provided by another leading agency, showing the broad variety of Brazilian creativity.

Last Tuesday we celebrated the official world premiere of the SAO PAULO SPECIAL EDITION in Cannes. Joining the Party of Filmbrazil on Carlton Beach.

People just loved it, the party, and the magazine, which was hot off the press. The idea of honoring the breathtaking creative output of a city which is not located in one of the so-called economic leading countries in the world.

In the short interviews with quite a number of Sao Paulo creatives you'll read some reasons for this Brazilian miracle. In the faces of the guests attending our Launch Party you could read the pride of being „one of those Brazilians“.

Try to get hold of one of the rare copies. They are available at the participating agencies in Sao Paulo (it sure is worth the trip by the way – the issue is also a some kind of travelers' guide to Sao Paulo. We asked our friends to do the interviews in their favorite cafes. Now we know what the places to be are and were happy to share these really cool insider tips). Alternatively, you can order the Sao Paulo special on Amazon." 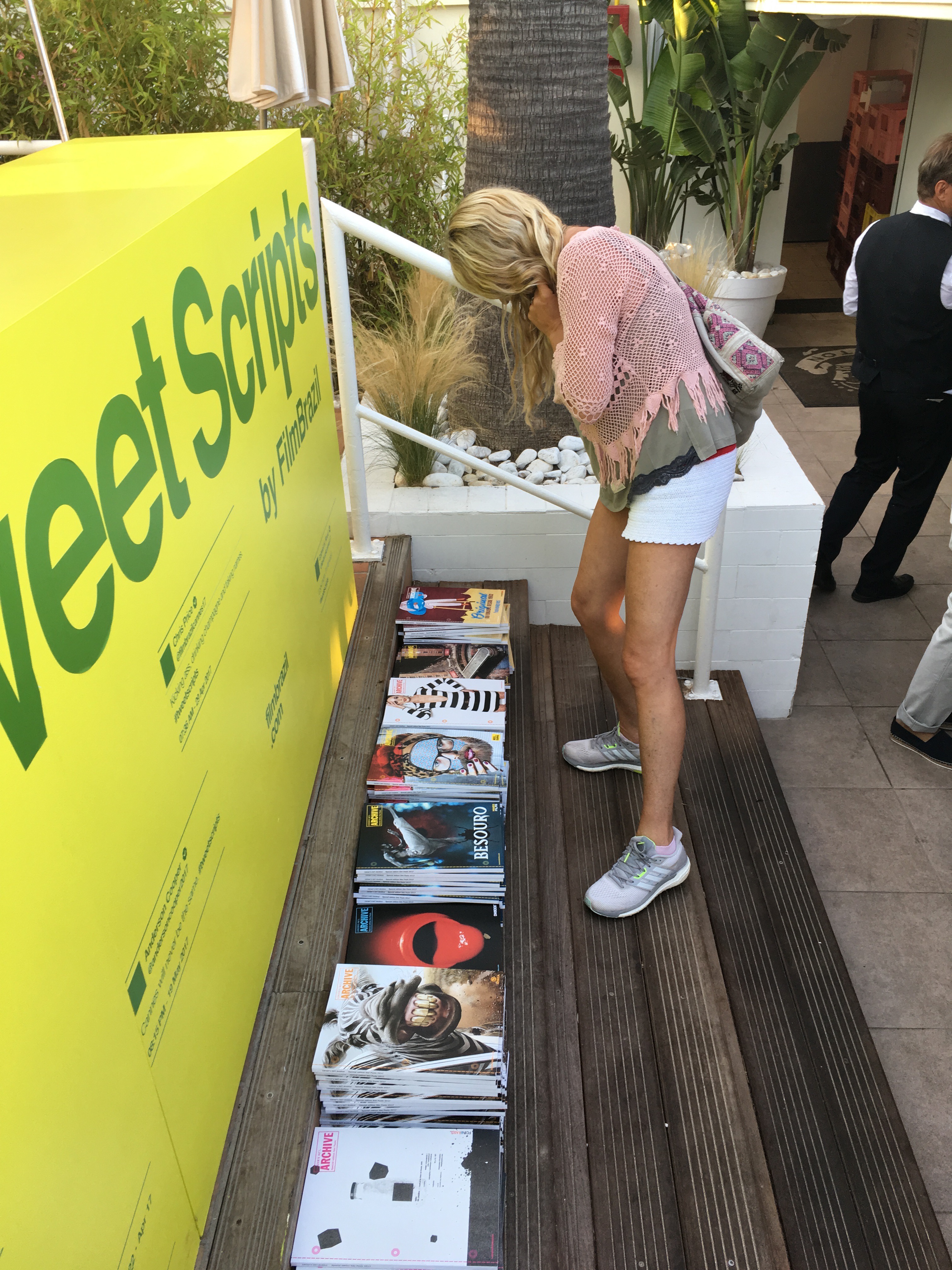 Our Sao Paulo Special comes with nine different covers, all chosen by the Sao Paulo agencies whose work is featured inside. 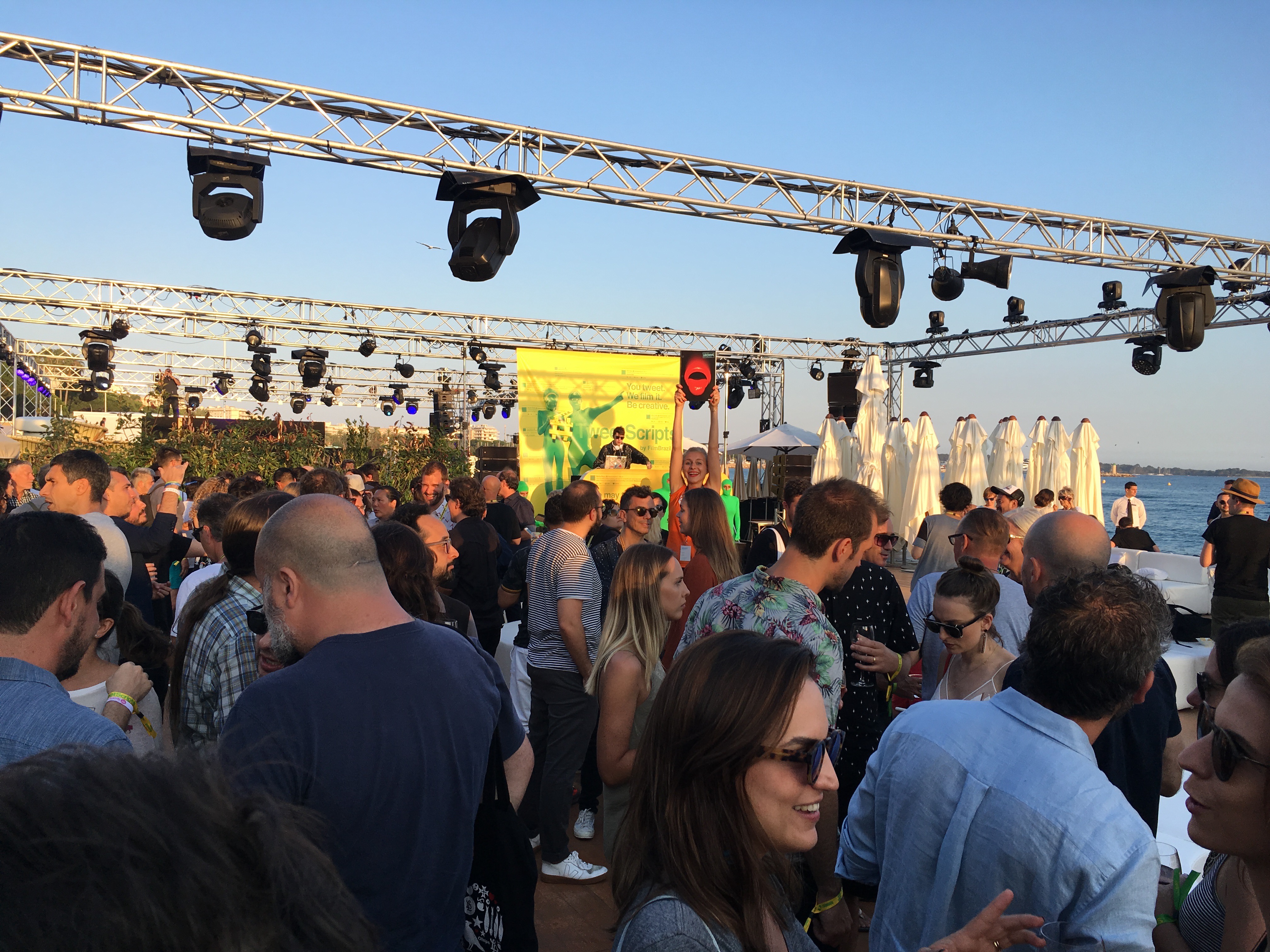 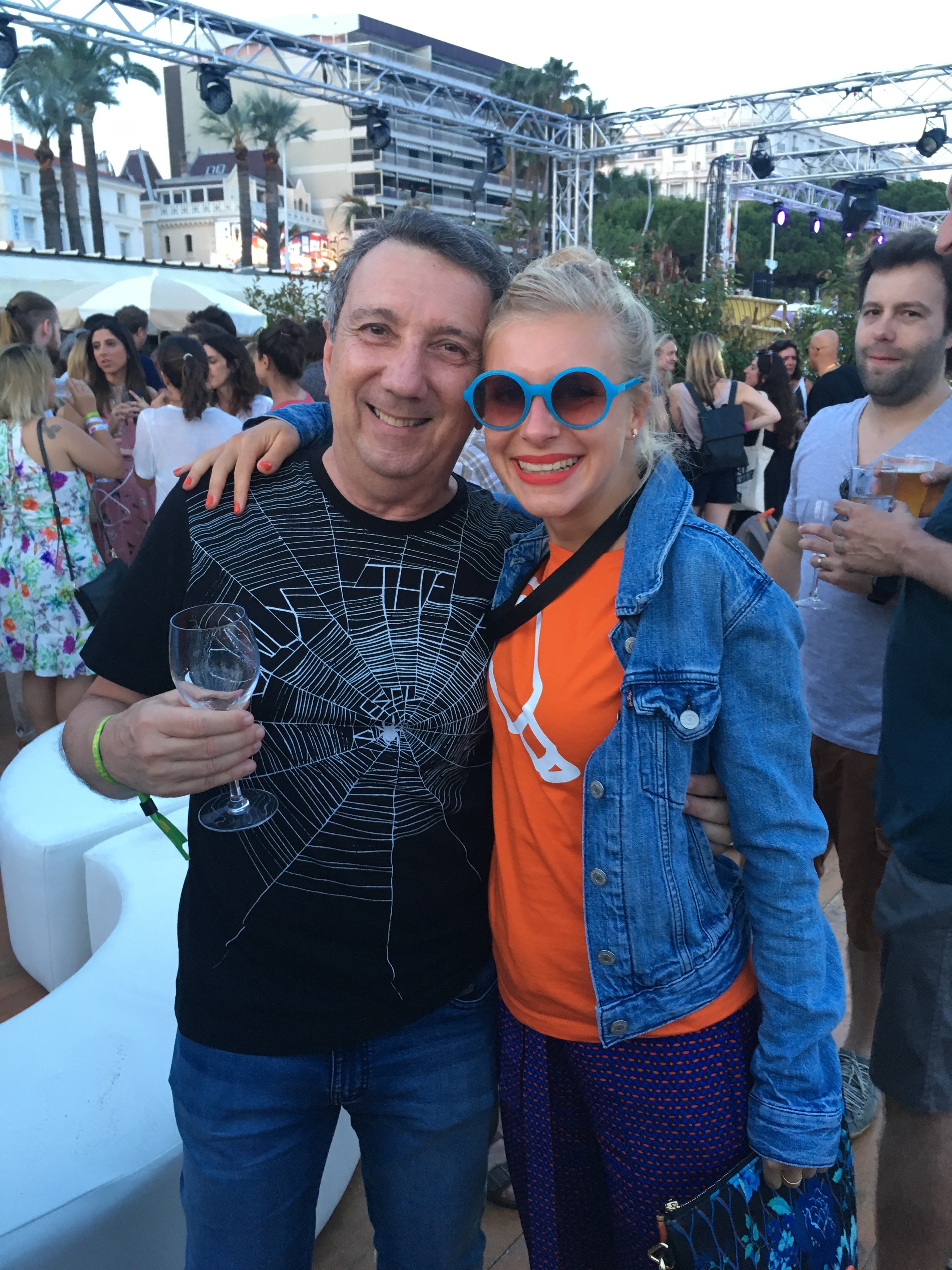 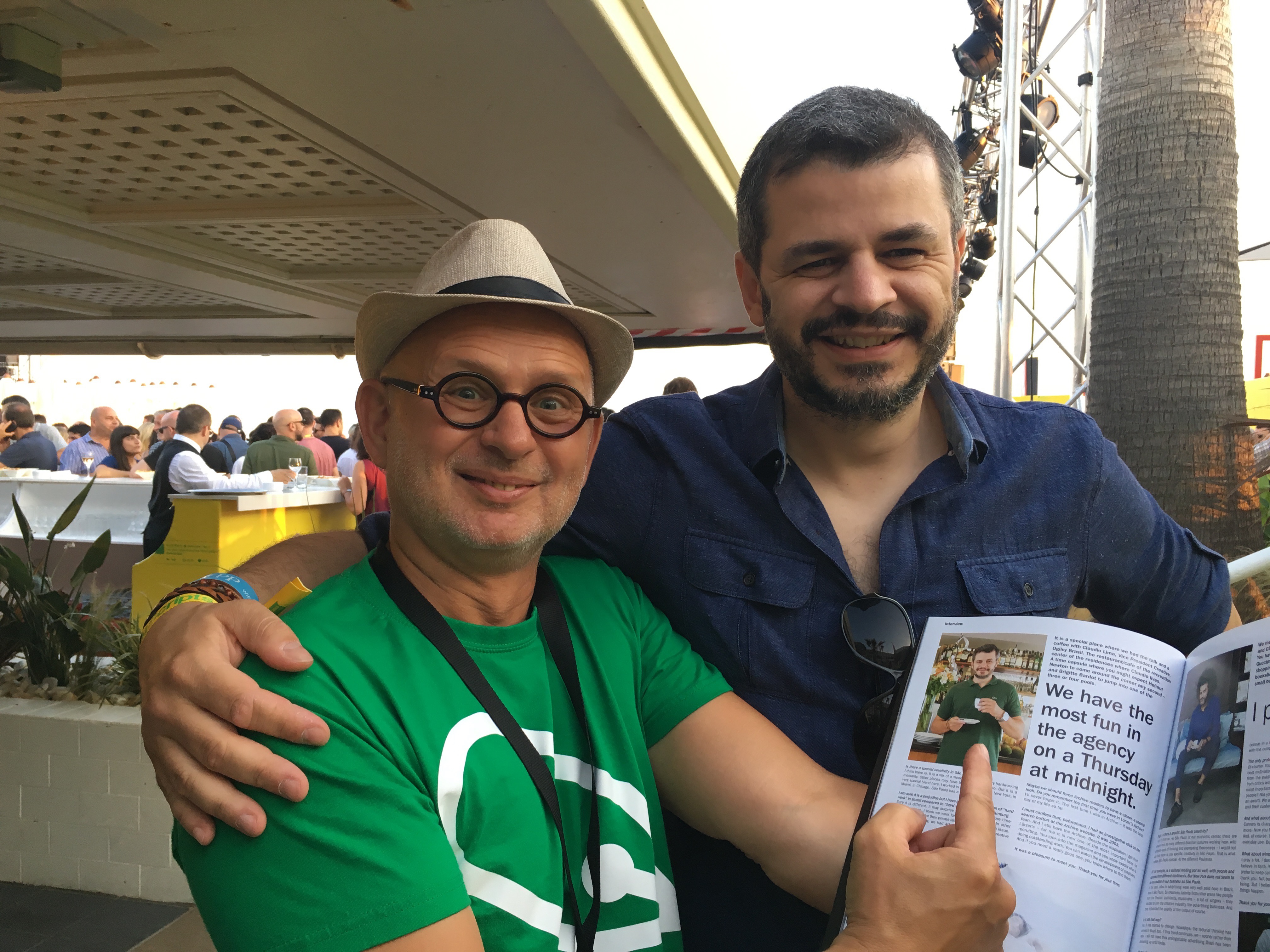 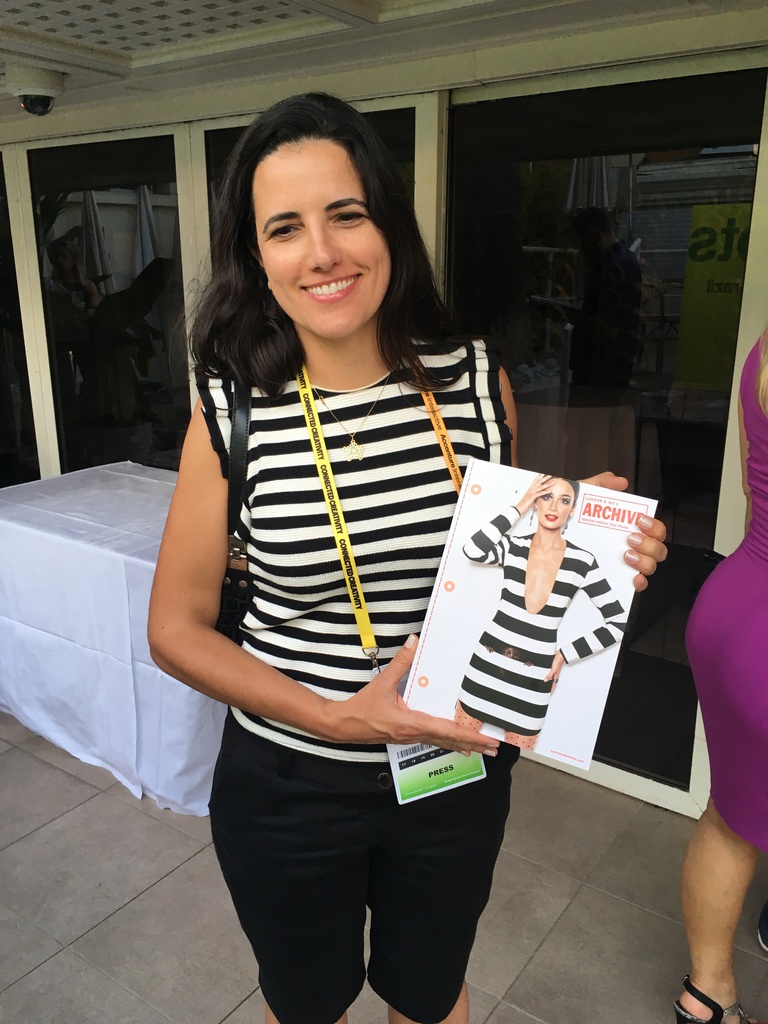 Stripes had not been the dress code for our party. But HP thought it would be fun to present one of the 11 cover pages in a surprisingly creative way. (The cover is the one selected by Lew' Lara\TBWA, Sao Paulo, from one of their own campaigns featured in the special.) 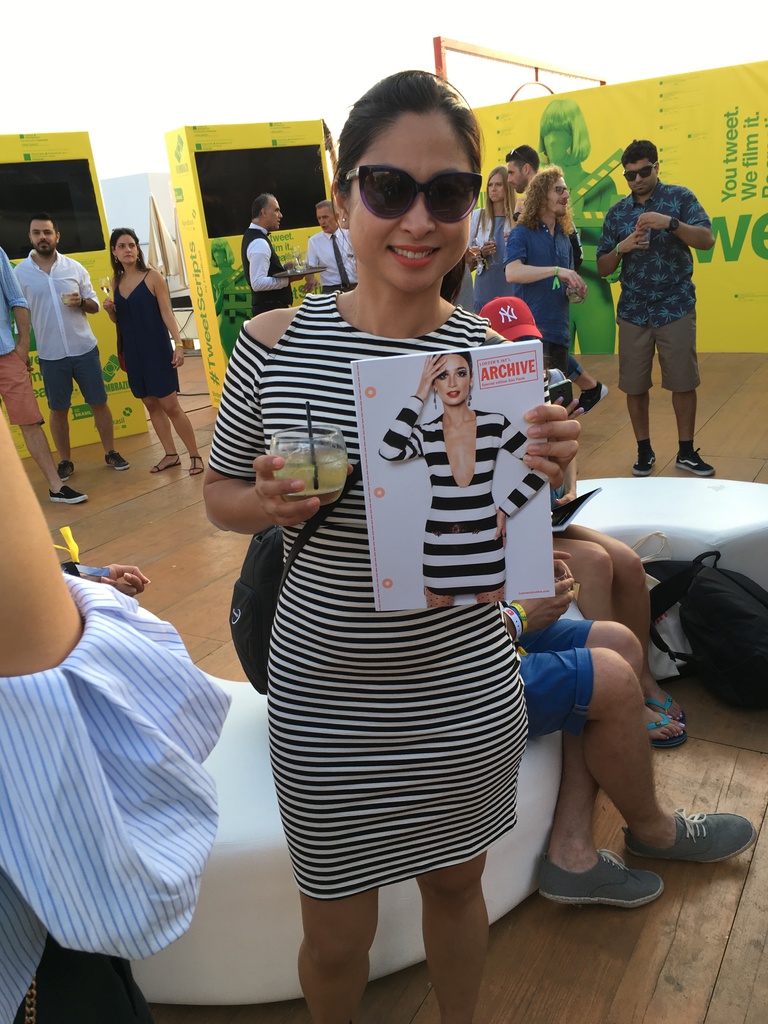 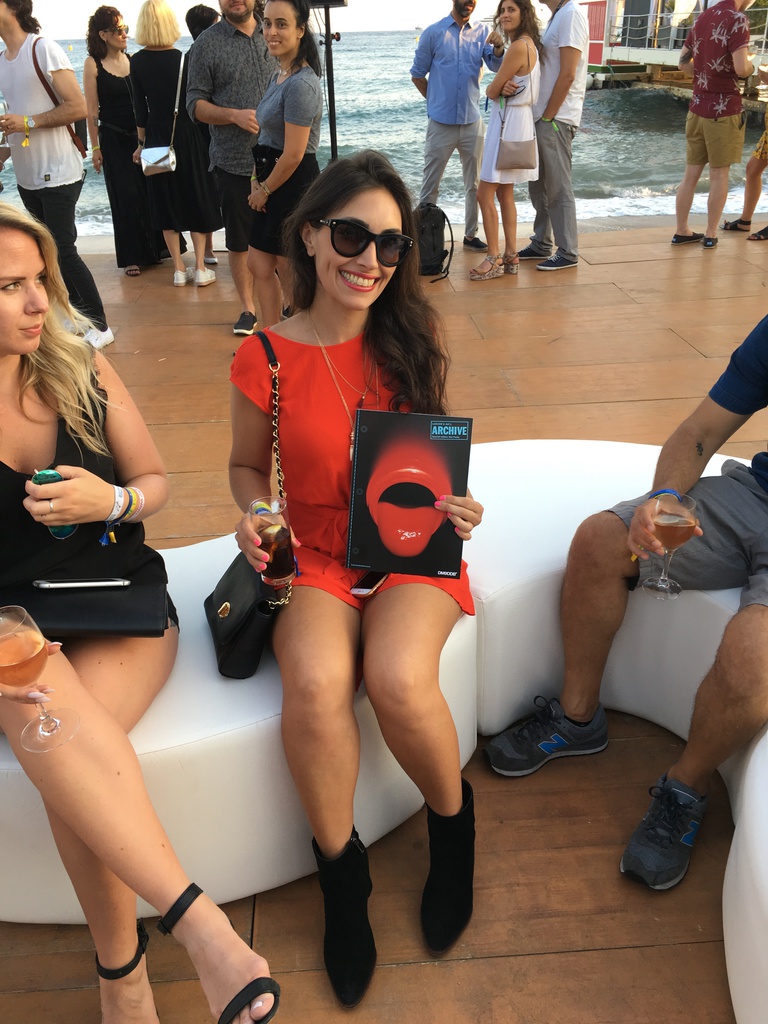 HP apparently found only a single other person who had dressed in accordance with the cover of the Sao Paulo Special selected by an agency (in this case it was DM9 DDB), which was in fact an actual cover of Lürzer's Archive magazine, albeit 18 years ago: Vol. 5-1999. 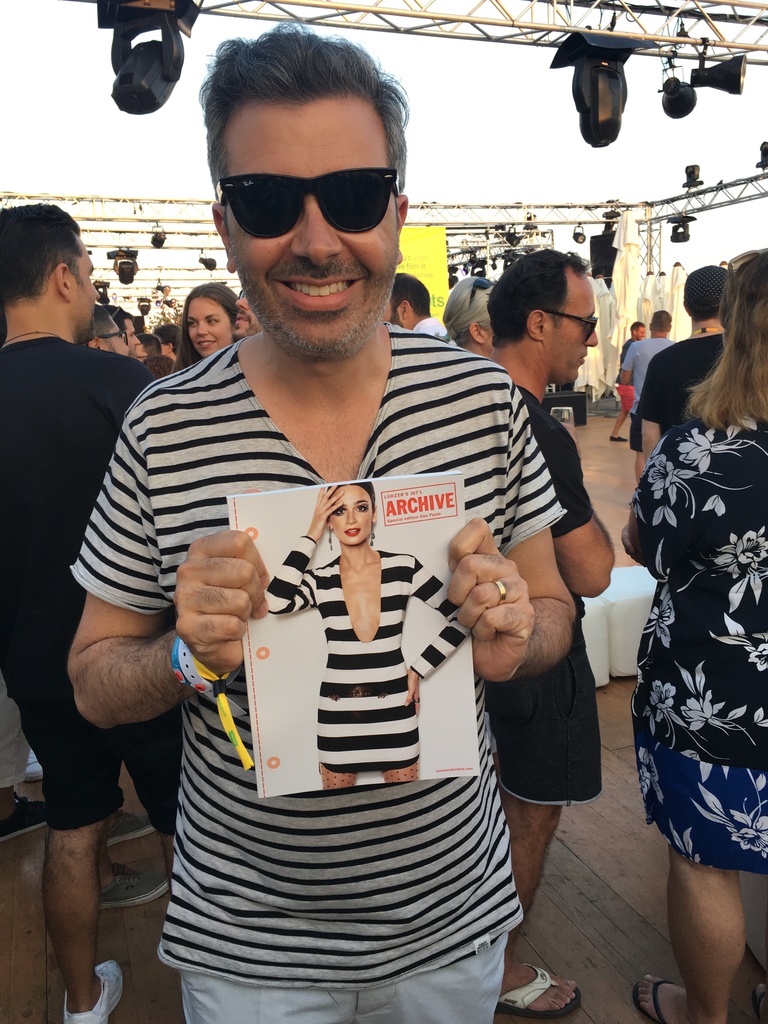 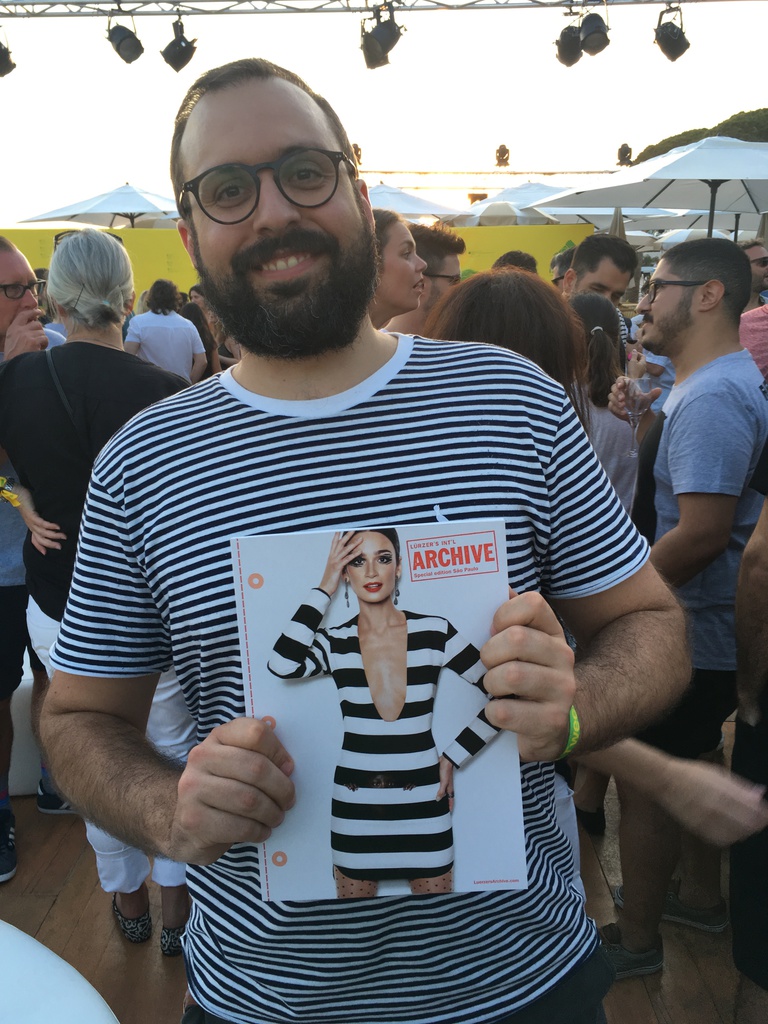 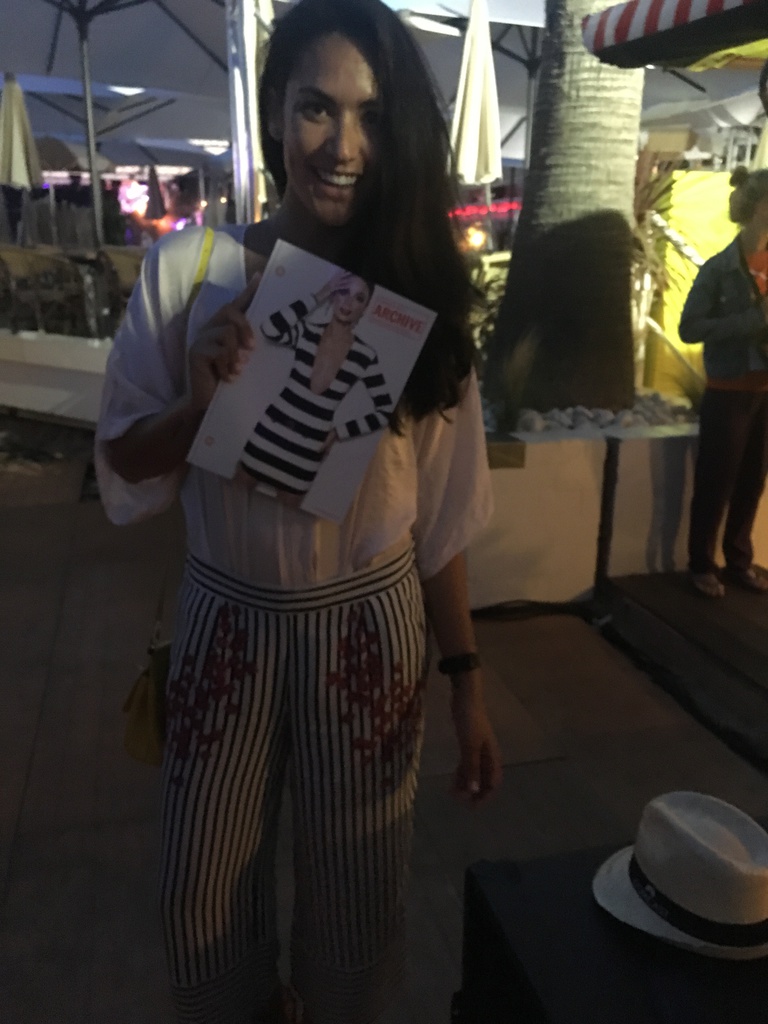