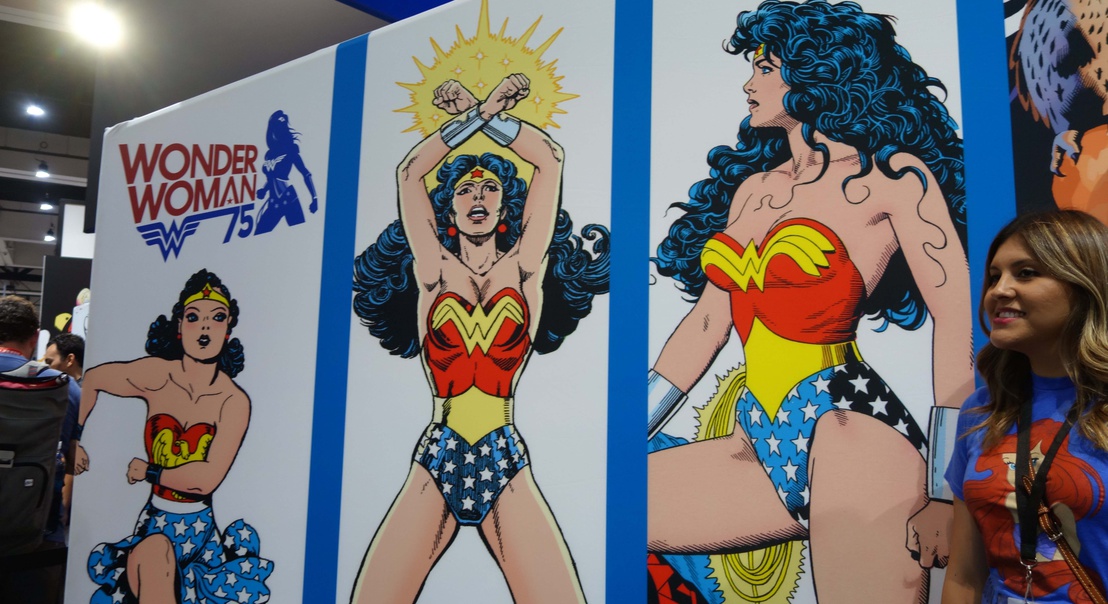 By Anne Telford and Hannah Orr.

We moved from San Francisco to San Diego when Hannah was eight and started taking her to Comic-Con, the big daddy of comics/films and sci-fi/fantasy literature/video games conventions. July 20-23, Comic-Con International once again transformed downtown San Diego into a fantasyland of super heroes and villains, popular culture icons and pretty much everything in-between and filled the Convention Center with over 130,000 people (although many were hardly recognizable as such).

The costumed throngs toting oversized bags, bedecked with buttons, and shuffling through the streets of downtown San Diego like some colorful zombie horde, have now departed leaving only memories and overpriced collectibles. Downtown buildings will be unwrapped from their gigantic endorsements for TV shows. Restaurants can recover from the endless crowds.

This year, while we noticed less cosplayers, those who turned out did not disappoint as the costumes and makeup were better than ever. Perhaps the wealth of TV shows devoted to the topic has helped raise the bar. We were delighted by the parade of over 50 Wonder Women, of all ages, sizes, and shapes.

Since its humble beginnings in 1970 at the U.S. Grant Hotel in what is now San Diego’s restored Gaslamp Quarter, Comic-Con has morphed from its comic book roots to a laser focus on blockbuster film franchises (Marvel Universe anyone?) and has steadily been moving its spotlight to television, most notably Netflix with its innovative shows like Stranger Things and Orange is the New Black.

To give you an idea of the scope, the events guide this year was 200 pages. Hall H, the Holy Grail of panel locations, has become impossible to navigate with quotas being met in overnight lines and this year a slew of counterfeit wrist bands further confusing matters. Also, with the introduction of more and more off-site events that are open to the general public and not just attendees, the crowds surrounding the convention hall have only grown exponentially.

Artists Alley, my favorite part of Comic-Con, was bustling, with artists signing books and posters and creating custom drawings at rates accessible to fans. Publishers offered myriad titles of interest including new offerings on Frank Frazetta from Vangard (http://www.vangardpublishing.com), and comic archivist extraordinaire Craig Yoe’s new title Behaving Madly, written and compiled by Ger Apeldoorn (http://www.idwpublishing.com), both of whom of whom were signing at the popular IDW booth. The opportunity to speak with artists like Mimi Pond, Mark Texeira, Charles Glaubitz and Greg Spalenka, or stop by your favorite gallery’s booth, like Gallery Nucleus based in Alhambra, California, or to discuss comics with Yoe and other luminaries is part of the draw of Comic-Con.

Running into one of your favorite characters from a beloved TV show is icing on the cake. Hannah once encountered Nathan Fillion at 3 a.m. while camping out for a morning panel. This year, she ran into Osric Chau, most know for his role as Kevin Tran in Supernatural, but also as Bud Polinski in Killing Poe, in the exhibit hall. And so it ends for another year—until the anxiety over registration for next year (increasingly impossible unless in a Catch-22 you possess a badge). May the force be with you! 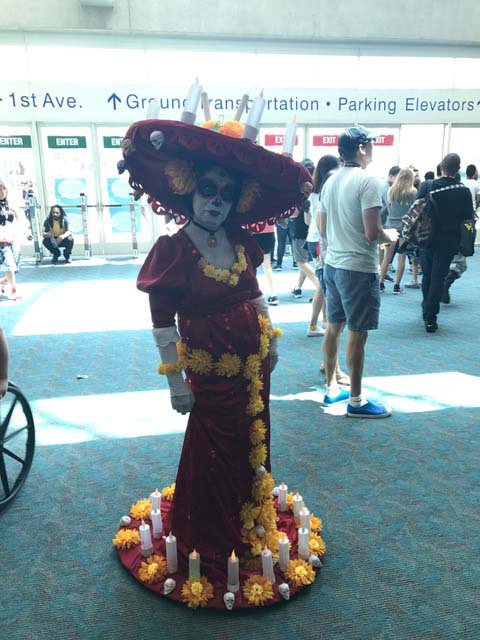 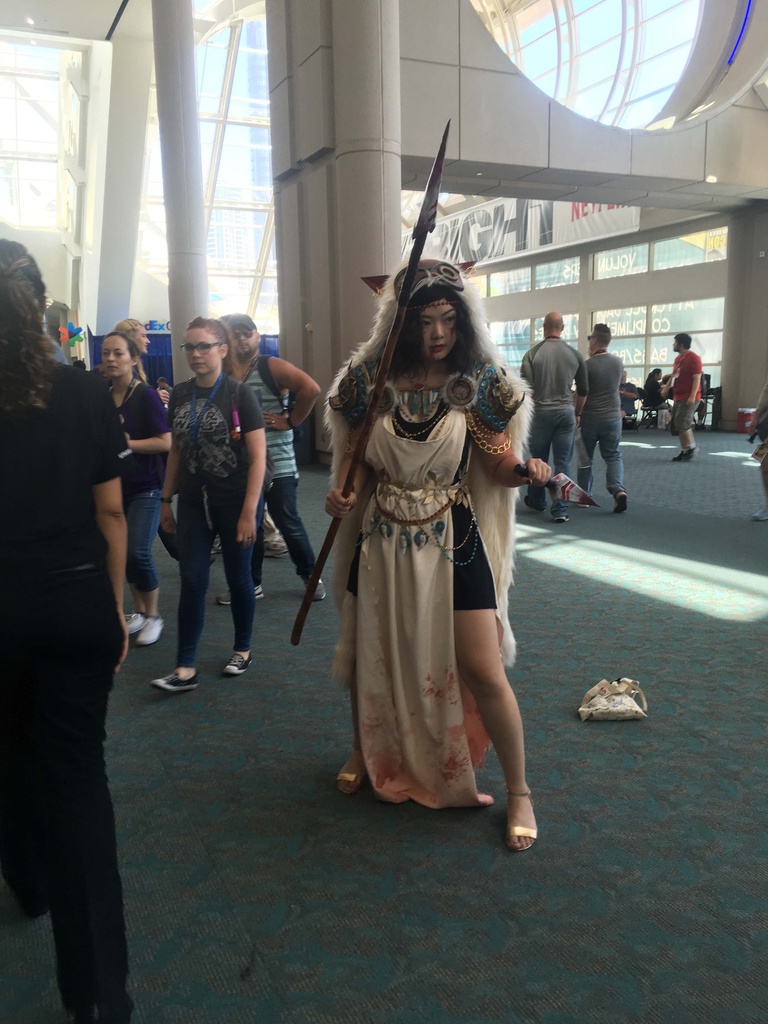 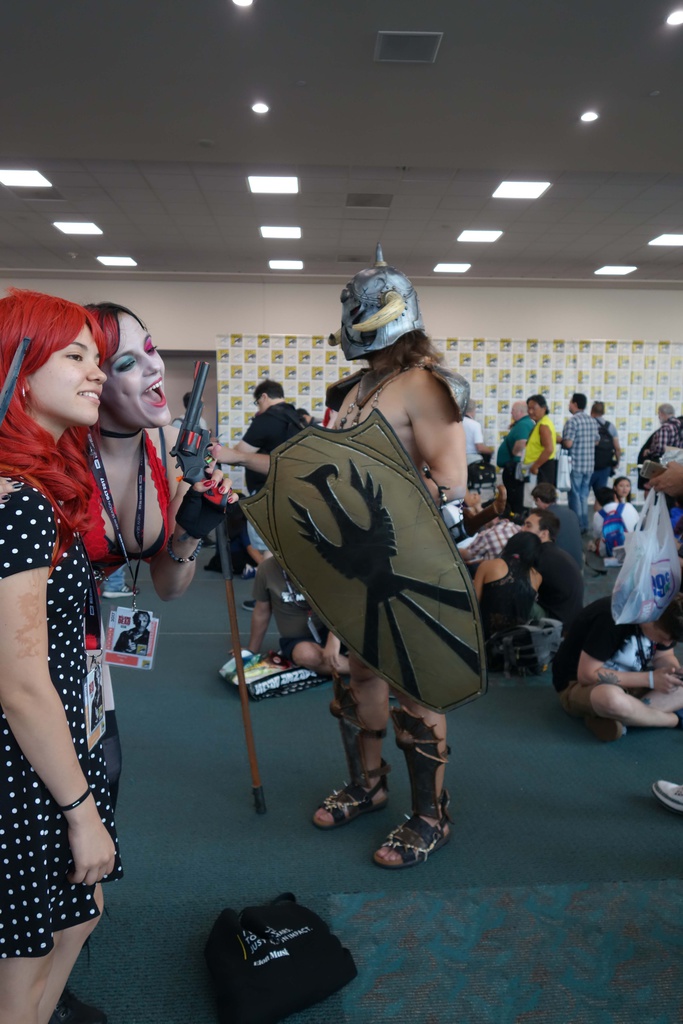 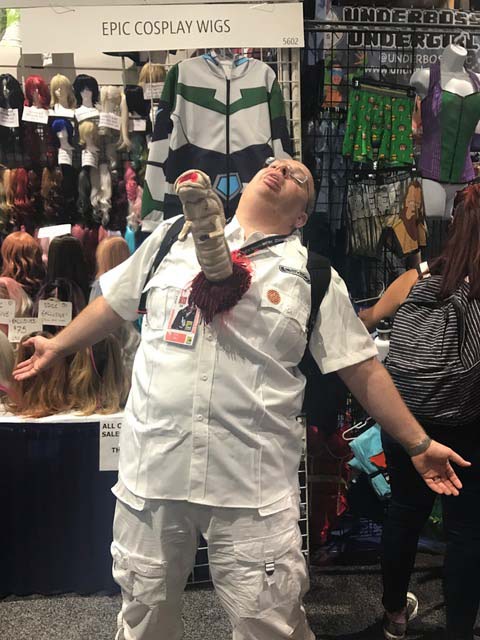 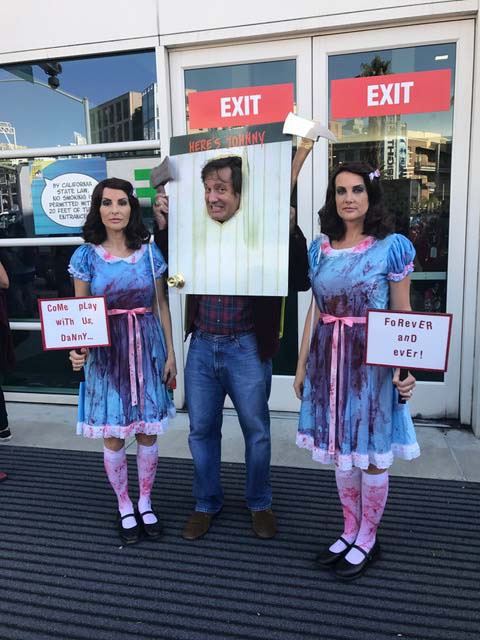 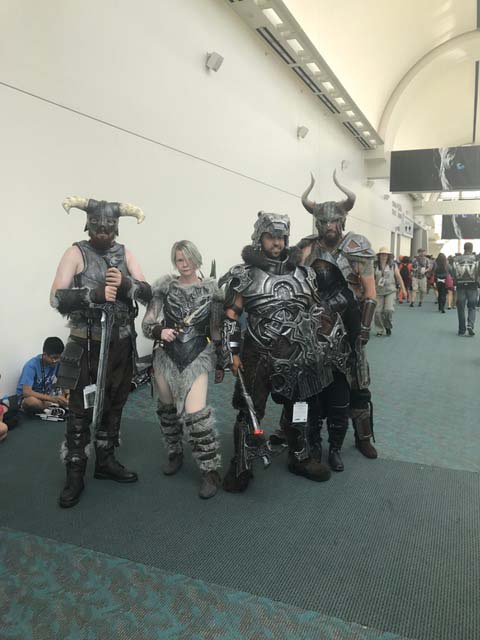 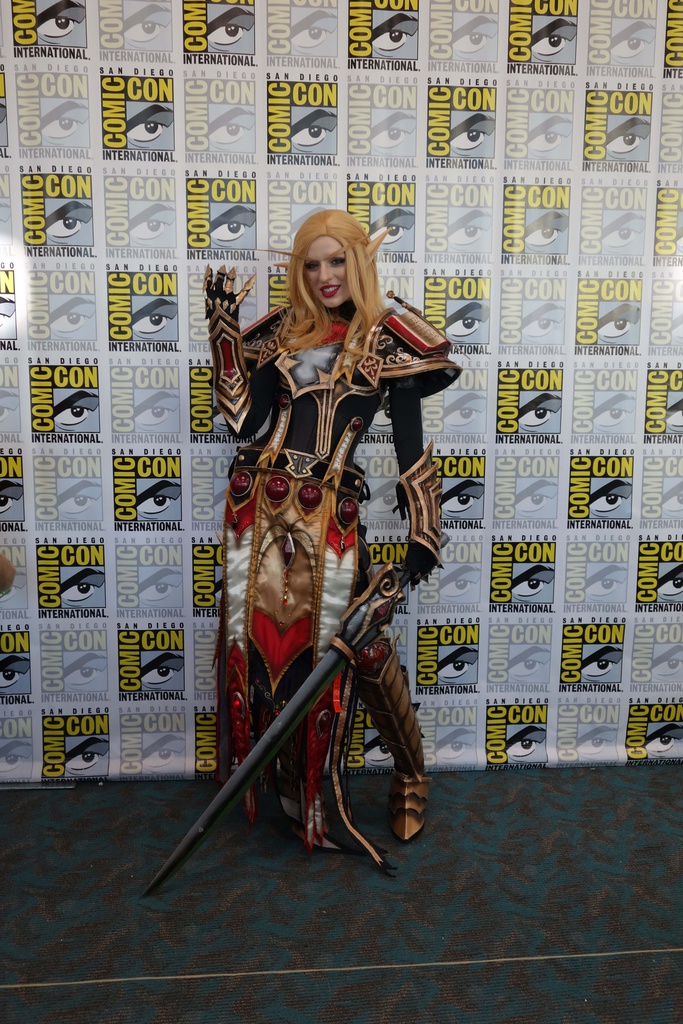 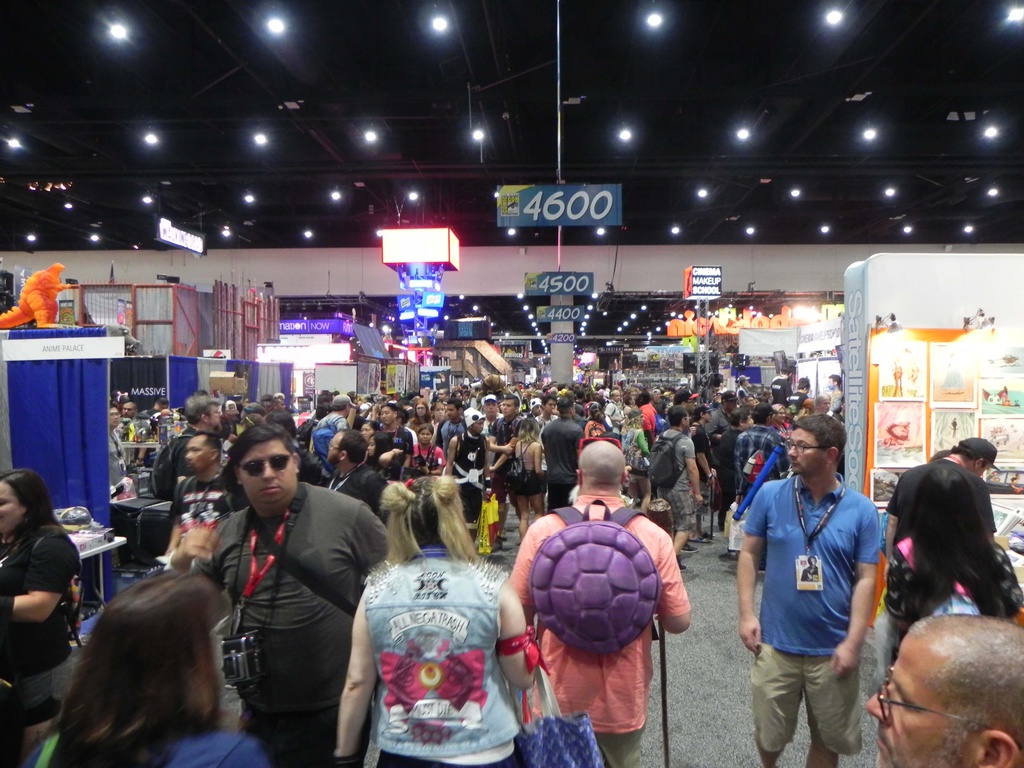 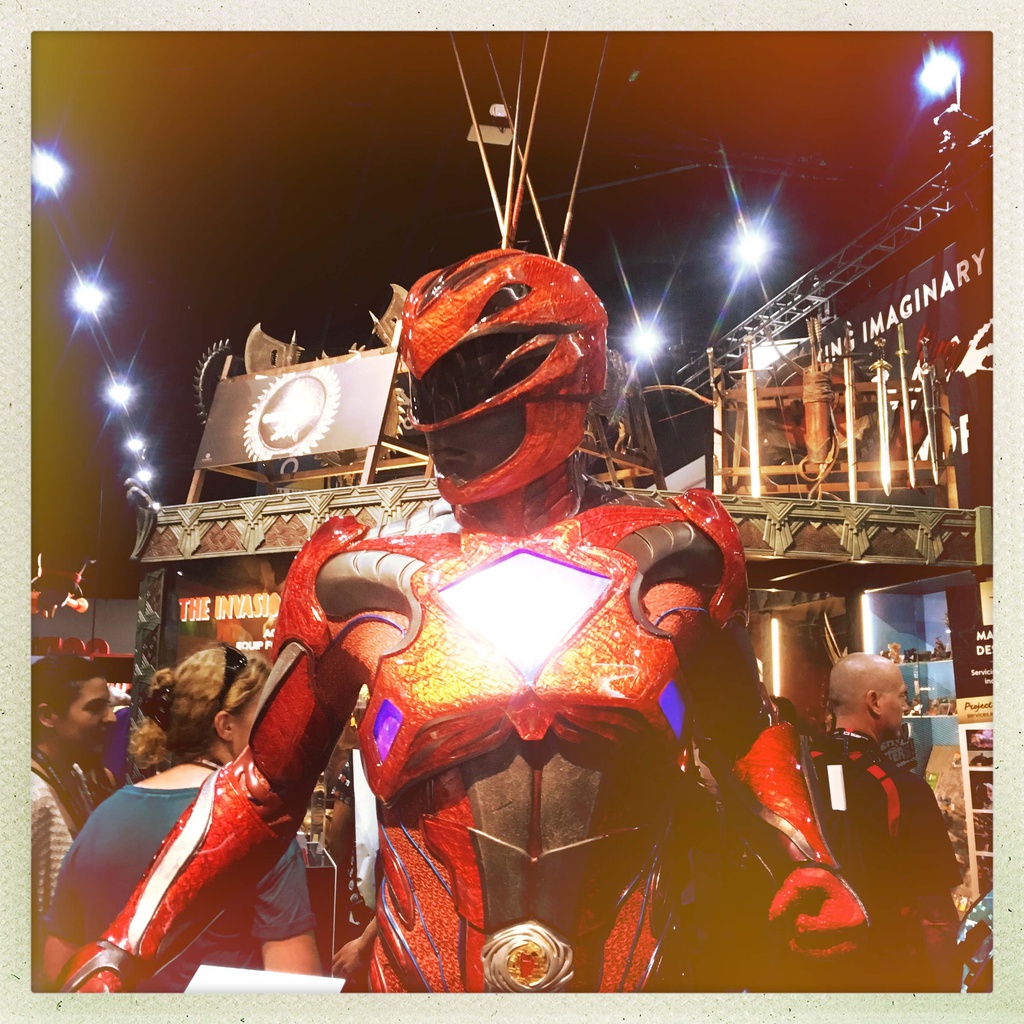 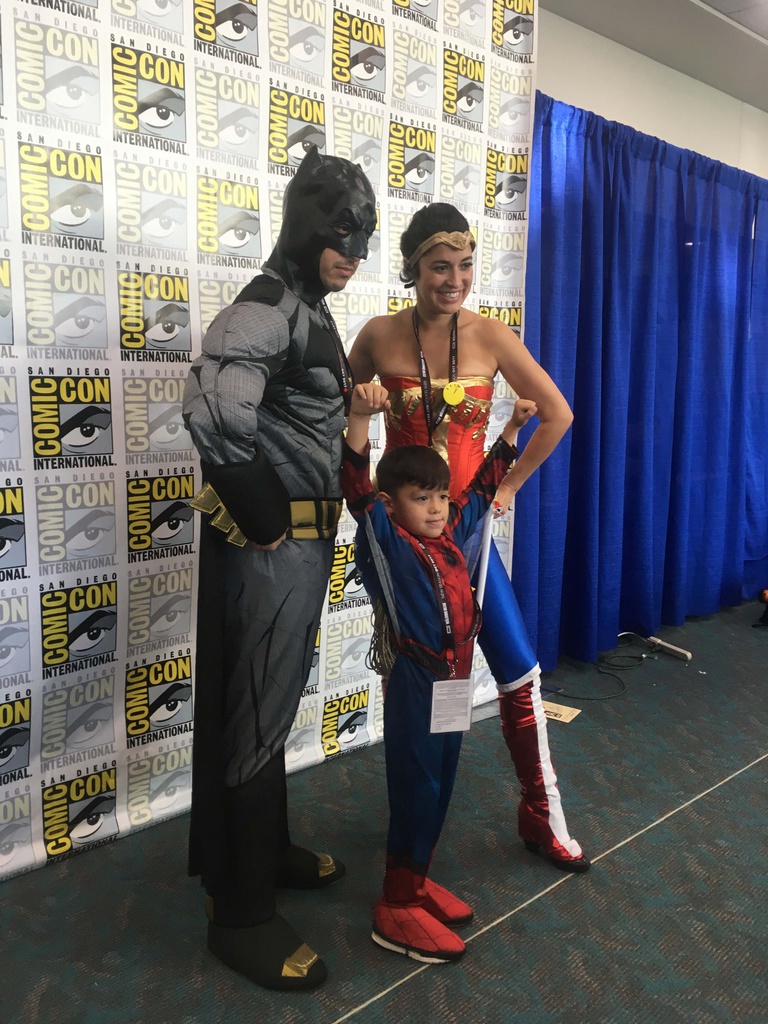 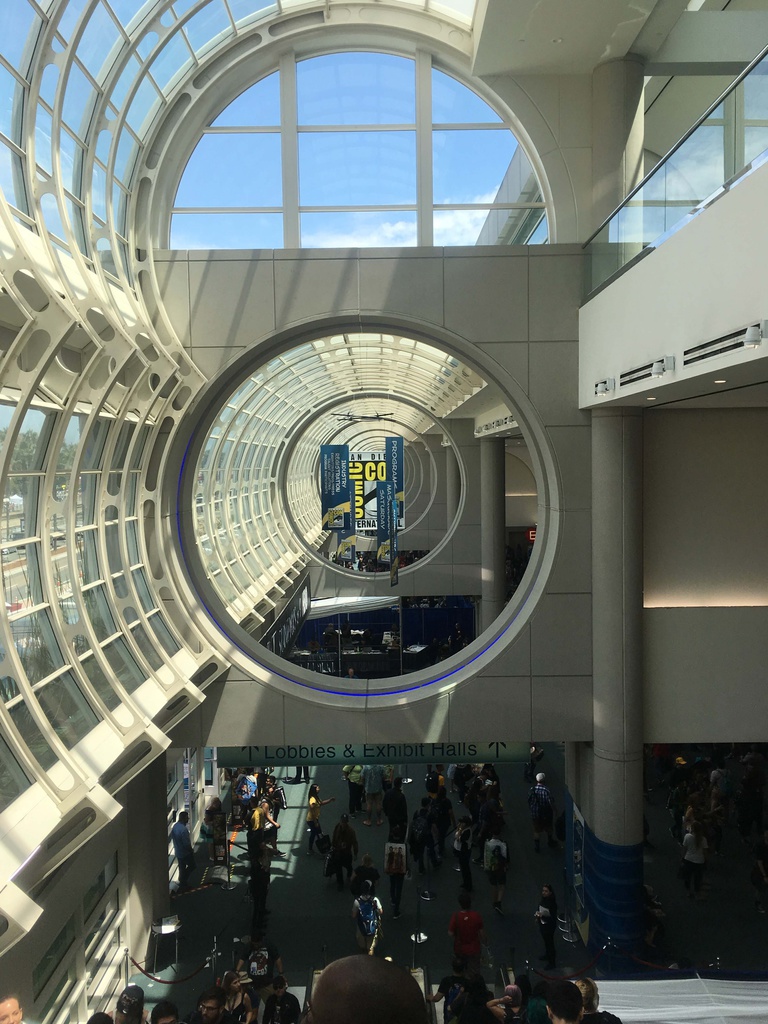