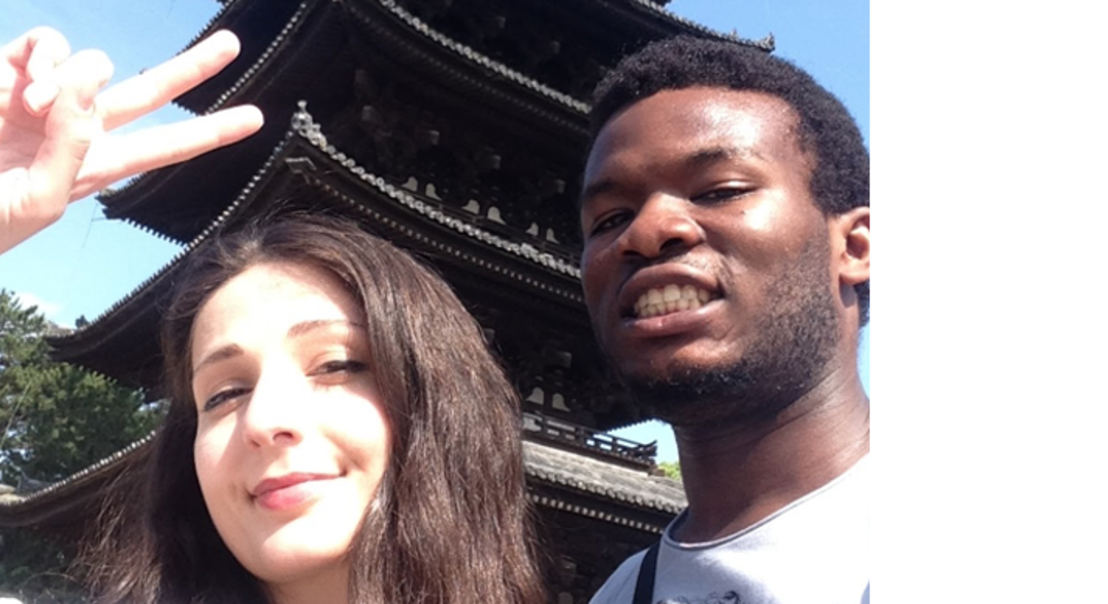 Publisher/Editor-in-chief Michael Weinzettl on the 2017 Lürzer's Archive Students of the Year.

Congratulations are in order to the winners of this year's Lürzer's Archive Student of the Year Award: Meri Giorgobiani and Ifeanyi Arthur Mazi for their "Reborn" ad, created at Miami Ad School, Hamburg, under the tutelage of Niklas Frings-Rupp. Meri comes from Georgia and after her graduation late year went back to her home country while Arthur remained in Germany and currently lives and works in the Northern German city of Kiel. The student ad they won with is this: 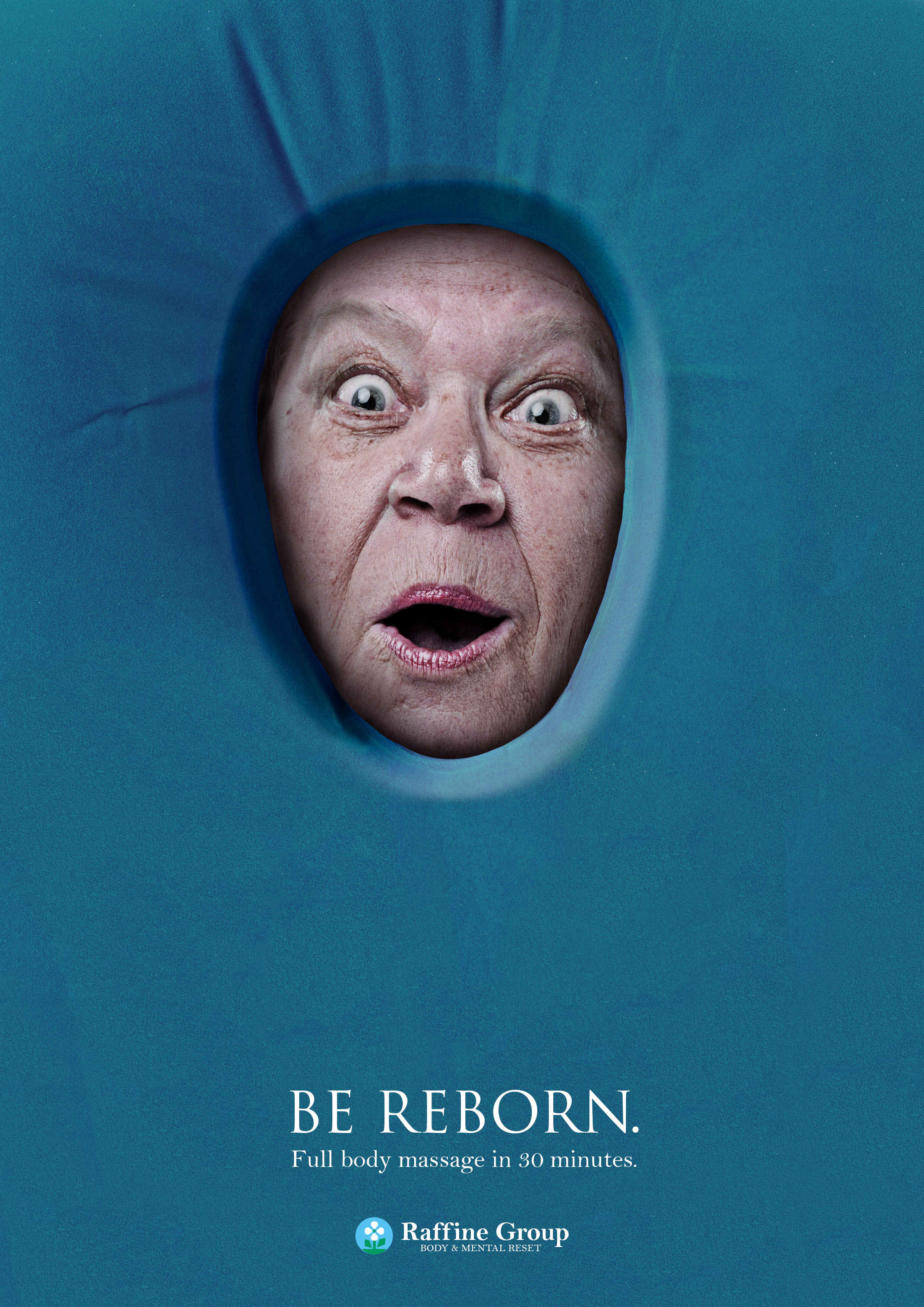 The jury – consisting of Jessica Mantovani, art assistant at Ogilvy Brasil in Sao Paulo and Lürzer's Archive, Student of the Year 2016, Ju Paracencio, Regional Creative Director at Memac Ogilvy & Mather, Dubai, Asif Amin Tibet Baqual, Founder and Chief Creative Officer at BlackSheep.Works, Srinagar, Kashmir, Marc Hasan Bieri, Senior Copywriter at BBDO, Berlin, and myself – decided 3:2 that the massage parlour ad should be the winner. Runners-up were the at&t ad by Kotob Zuheir and Joao Magalhaes of Miami Ad School, Miami (Instructor: Jorge Murillo), which was Marc Hasan's favourite and Ju's number one choice, a very topical ad with the headline: "An accidental racist is still a racist. Think before you tweet" by Eric Percoco from The Creative Circus, Atlanta (Instructor: Mitch Bennett).

Asif Amin of BlackSheep.Works in Kashmir sent a beautifully detailed explanation for his decision to vote for Meri and Artur's "Reborn" which I would like to quote in full:

"The idea is simple yet brilliantly executed. What better treatment can one dead tired person get than a rejuvenating massage that will make him/her feel alive and kicking.
The person getting the massage looking through the breathing hole of the masseuse’s bed appears as if being delivered normally in a labour room.
The translation of the insight into a stunning visual idea like this made me feel: "Damn, I should have come up with this!"
My heartiest congratulations to Meri and Arthur for this wonderful idea. You guys deserve to win this and Niklas deserves a round of drinks at his favourite watering hole!"

I got in touch with Meri and Arthur to congratulate them to their win and did a little interview to find out about them and their winning student ad:

How did you wind up at Miami Ad School Hamburg?

Meri: I heard about Miami Ad School from a friend of mine, Giorgi Popiashvili. I was eager to go into advertising after having a couple of talks with him. I met Niklas Frings-Rupp through him in Georgia. After working in JWT Metro as a Junior Art Director, I went to Miami Ad School in 2014 and I graduated September 2016.

Arthur: At my old agency in Nigeria, I habitually garnered old Lürzer’s Archives. Often, I’d find myself returning to the few last pages to check out the work done in the student’s section, the school Miami Ad School Europe kept popping up. Fortunately they offered a competition where the winning prize was a half-tuition scholarship. I competed, won and moved to Germany to study Art Direction in Hamburg, January 2015.

How did you find life in Germany?

Meri: Summer, Good. Winter, dreadful. But the school consistently affords us with a plethora of international friends, tutors and partners to cherry pick from to make for the most zany collaborations.

How did you two meet?

Meri: I was in my second quarter at Miami Ad School when I first met Arthii (That’s what I call him). He became my muse. I have a whole series of photographs of him.

Tell us about the idea behind the ad, please. And how you came up with the visual which looks so professionally made (casting, photography).  Was it just a stock photo you found?

Meri: We had the idea during an internship we did together in Ogilvy & Mather, Japan. One day we went together to a massage parlour. It was so GOOD, that I really felt like I was reborn. My head was into that hole, and I instantly saw myself from the bottom view and that was the Aha! moment. We talked about it after the massage and the next day we started execution and under the tutelage of the creative director, Ricardo Adolfo, we fine-tuned the execution. In general I think that an idea is always big when it comes naturally. The insight was there and it was true. That’s why we always believed in this print ad.The execution was all made in photoshop. We basically made a massage bed in 3D, found a picture of an elderly lady via a stock website and made a lot of photo manipulations to portray her particular expression. It would have been great to have a budget for real shooting, but you know...the life of a student.

Your plans for the future?

Meri: I love the surprises that life brings, and often charge on without planning much. I’m quite adaptable to the different untravelled paths that open up.

Arthur: At the back of my mind I do have a skeletal framework of how it could all pan out, which is to leave behind an emotive legacy. I’d say a career path akin to Ben Priest whilst juggling mentorship/tutelage would be most ideal.

Where are you at present? Germany, Georgia, Nigeria?

Meri: Right now I'm working as an Art Director in an agency, Holmes & Watson in Tbilisi, Georgia. I love my country, so I decided to go back. It’s a nice place to be.

Arthur: I am currently a Junior Art Director at the Vosshallmarketing agency in Kiel, Germany.

What made you want to go into advertising? You’re both rather art-direction-oriented I assume?

Meri: I watched the “99 Francs”.. Haha. I’m kidding. I was always into art, but I knew that I wanted more than just art. I like the feeling when your work looks amazing, and it also works for business. That’s a huge challenge the people in this industry have.

Arthur: I really like music. In University, I discovered Photoshop and began using it to create covers for the blank music albums that filled my iTunes library. Soon enough I was designing party invitations and flyers – the word on the street was that without those flyers the parties were a flop. I graduated with a Bachelor's in Computer Science and the first job I got was at SO&U, Saatchi & Saatchi Lagos, as a junior. My self-taught design skills took me that far. I became an art director soon after and stayed around for a few more years.

Meri: I’m a real film buff. These days I watch at least two Korean movies per day. I also like finding some rare bands that have like 100 views on Youtube :)

Arthur: I do have a very varied range of tastes, albeit melancholic. I do draw strengths from artists like The National’s Matt Berninger whenever he croons nuggets like “I do my crying underwater, I can’t get down any further” to Alt-J’s dreamy hymnal “She makes the sound, the sound the sea makes, to calm me down”, and Florence Welch as she chants, “And it's hard to dance with a devil on your back, so shake him off”. Kendrick Lamar and Asa are easily favorites of mine as well. Feeding off their experiences to make creative work comes naturally to me.

Meri, what about the ad scene in Georgia? In our Archives which date 34 years back, we don’t have a single ad from there, although I do remember a case study from this year I saw for a Georgia Tourism campaign which was pretty cool - but we couldn’t feature it in the magazine since it was neither Print nor Commercial.  It won a Lion this year….

Meri: When you are from a small country like Georgia, every little success make us happy and proud. The campaign, "6 Millionth Tourist" is made by Windfor’s, which is currently one of the best agencies in Georgia. It’s funny but in Georgia people from the advertising business are all friends, so we are always proud of each other.

Arthur, Nigeria is, of course, at the forefront of the West African ad scene and we’ve featured lots of work from there, especially from Noah’s Ark and we featured an interview with Abolaji Alausa who I had the pleasure to meet while he was at The Berlin School of Creative Leadership.

Arthur: Indeed, I vividly remember reading that Lürzer’s issue and was quite giddy that the spotlight was finally turning to Nigerian creatives and the wealth of talents the world was yet to take notice of. In a way, I think I took quite a few learnings from that interview and it inspired me to go beyond and “do it for the culture”.

From your FB pages it seems that you two are still in touch. Have you met again since your cooperation on the Reborn ad?

Meri: Last time we met each other was two months ago in Berlin. We are always in touch via all the social media platforms. I plan on giving Arthur a tour of our gorgeous mountains and scenery here in Georgia whenever he visits next. 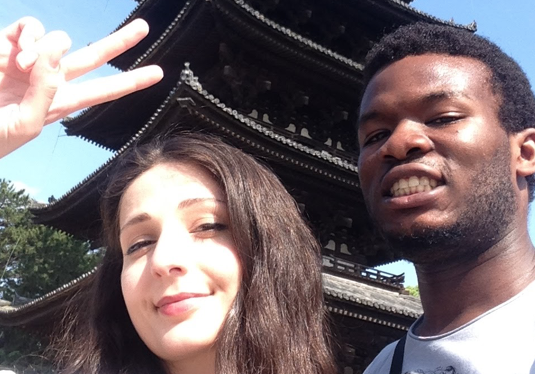 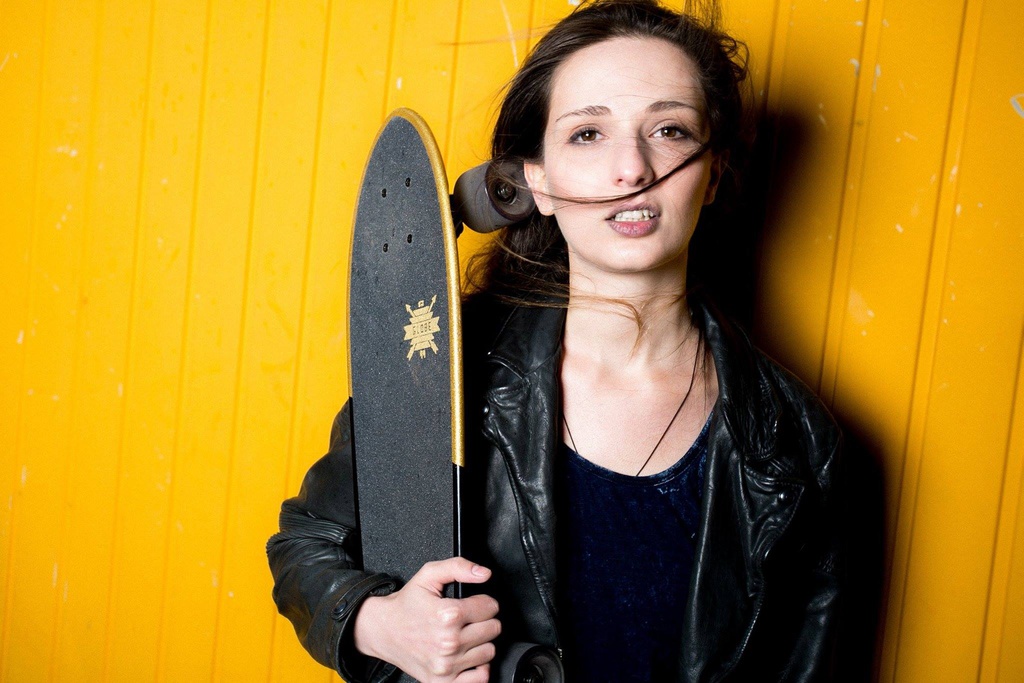 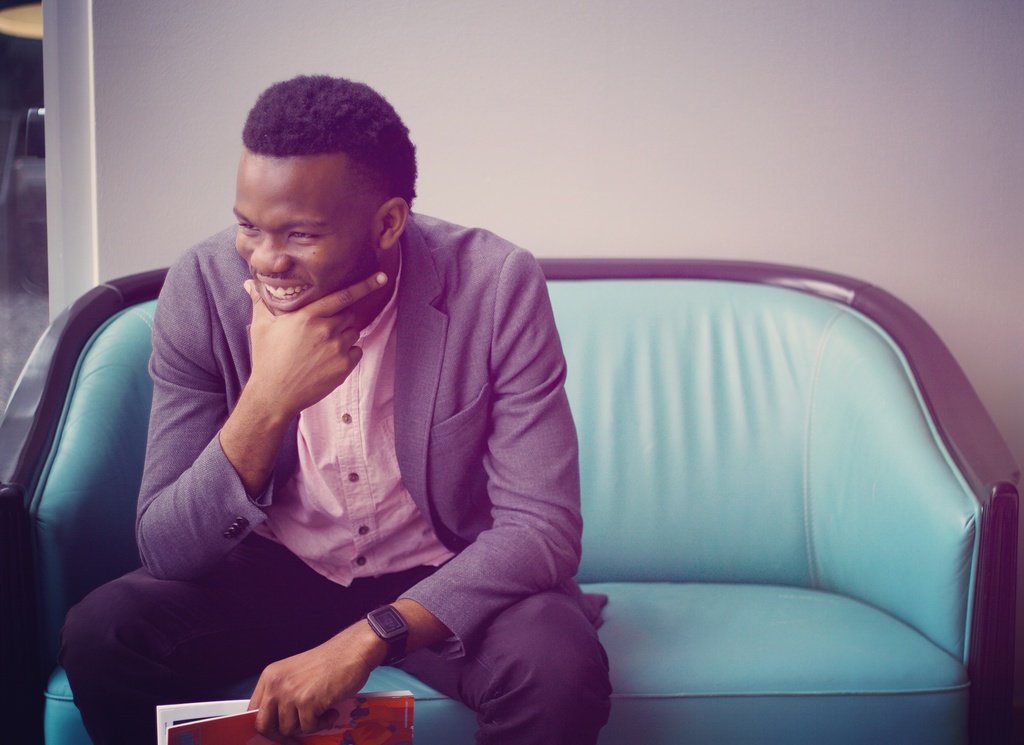 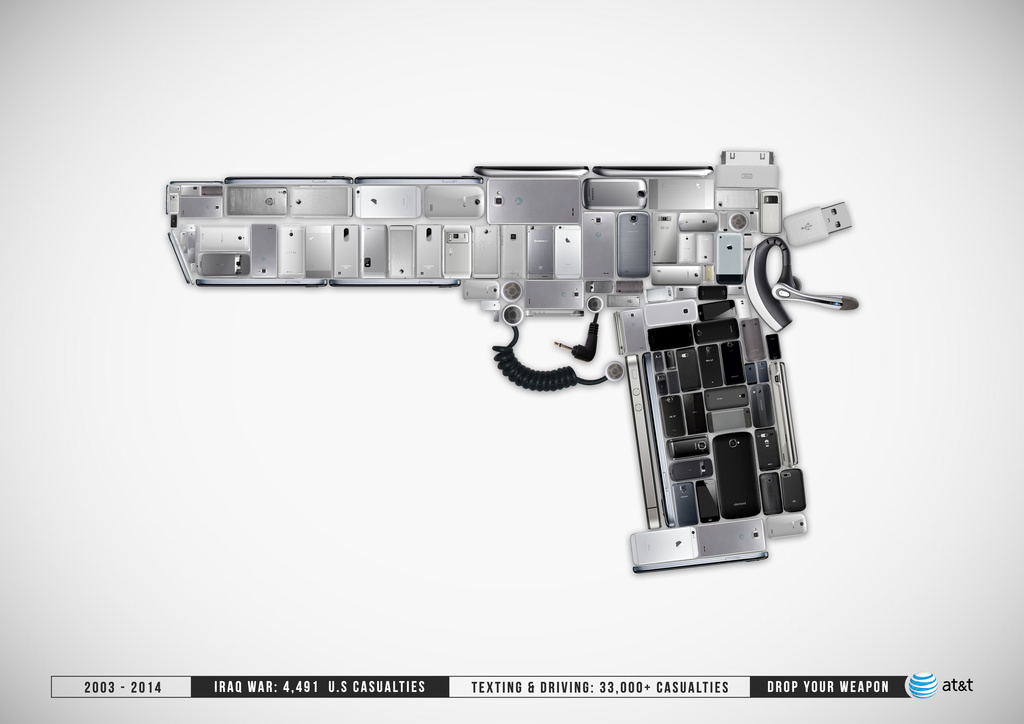 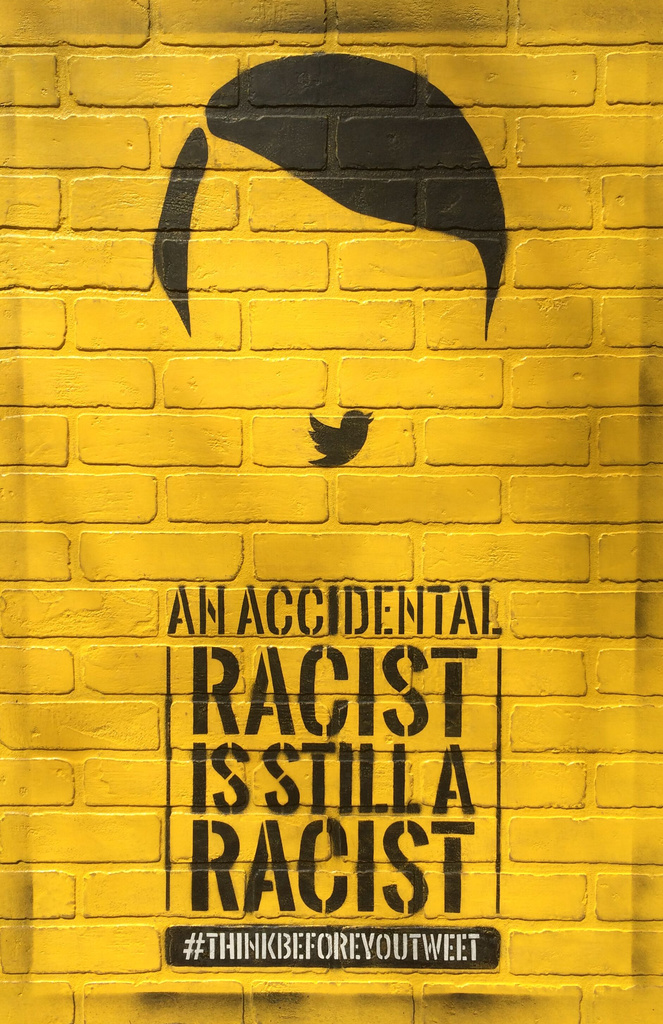 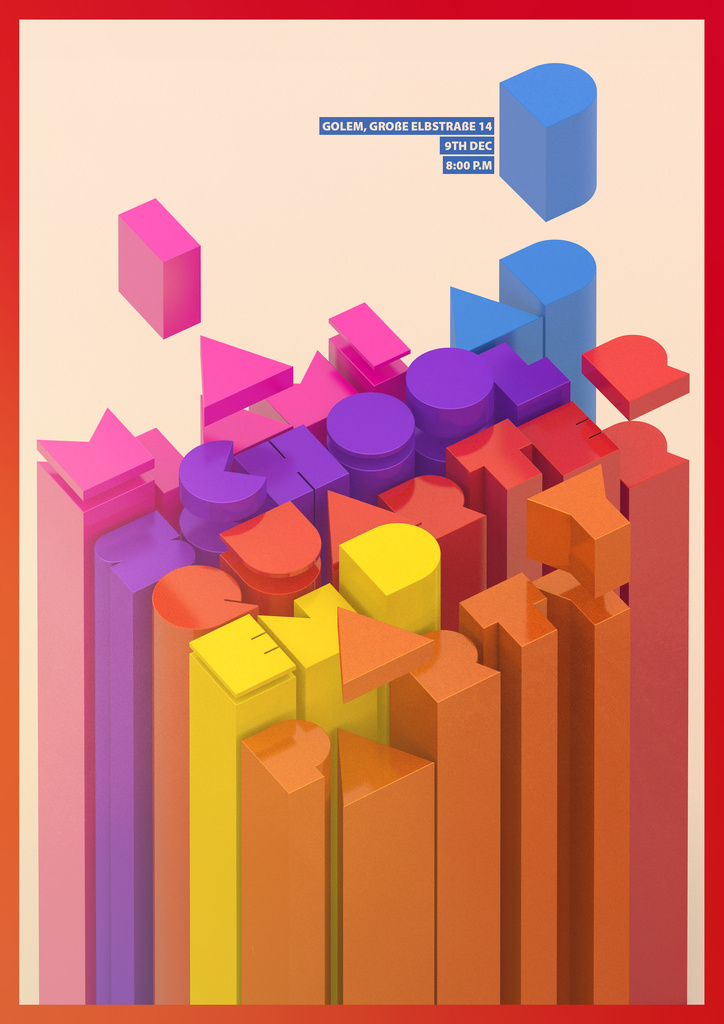 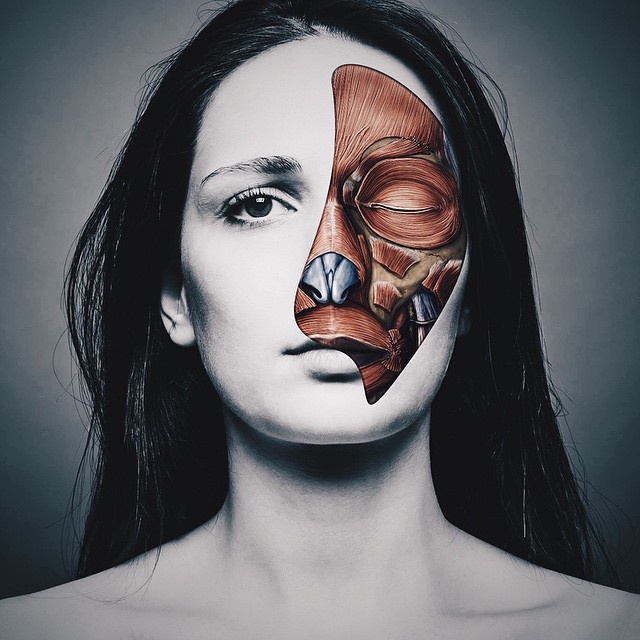