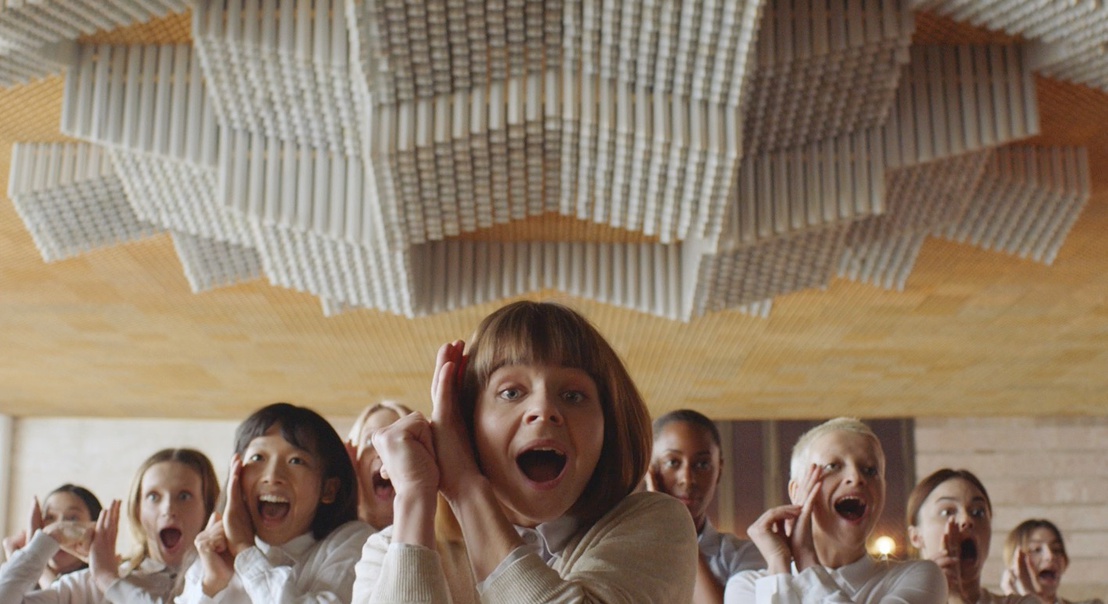 As the year comes to an end, I've decided for once not to reveal to you what my favourites were among our 52 Spots of the Week on this website. Instead, we'll give you what your favorite films were. That is, according to the data that we have on the total number of Facebook users that saw the post - views in news feed, directly on our page, or through shares. This reach is all organic, none of the posts were sponsored.

In the following, the 10 highest ranking commercials in descending order:

Synopsis: We watch Puerto Rican transgender dancer Amazon Mother Leiomy (Leiomy Maldonado), aka the “Wonder Woman of Vogue,” while she is voguing and reflecting on her achievements in life. (An “Equality” commercial following on from Nike’s earlier “Unlimited Courage” campaign featuring Chris Mosier.)

9 Uniqlo – Because Of Life Campaign

Synopsis: In the first spot for Uniqlo Lifewear, women are seen engaging in some very eccentric moves through a set somewhat reminiscent of the recent Kenzo commercial. The second features a slo-mo sequence of aesthetically pleasing black-and-white images designed to demonstrate the breathability of Uniqlo apparel. In the third, a woman dancing dreamily, and seemingly unobserved, at night in a gas station shop suddenly notices a man outside is watching her.

Synopsis: How niminy-piminy some hipster cafés have become these days! From coffee served in a tiny little cup to embarrassing WiFi passwords, and from an overwhelming range of differentoptions to outrageous prices – nothing escapes the attention of this entertaining spoof. Coffee bought at McCafé, by contrast, is refreshingly simple and affordable.

Synopsis: Doomsday is upon us and the world outside is falling apart, yet a bunch of people inside a bar pay no heed to the devastation occurring all around them. To The Elvis tune “It’s Now Or Never,” they dance a very last dance while the roof is taken off by the storm and the jukebox packs up. “Tomorrow,” affirms the Pay-off, “is overrated.” Spot for Cuervo Tequlia.

6 Virgin Media “This Is Fibre”

Synopsis: Peering into a broadband cable, we might be surprised by the chase between movie and series actors we see going on inside there.

Subsequently, however, we discover that it’s all down to the imagination of a worker called out to install broadband for a customer. Commercial for broadband services from Virgin Media.

The life of a couple takes an eventful turn when they buy themselves an old house by the sea. As they set about renovating it, the house suddenly slips down to the shore and into the water, transforming it into a floating home that bobs on the ocean like their own life’s ups and downs. Spot for home improvement retailer Leroy Merlin.

Synopsis: We listen to the thoughts and fears of a guy sitting on a plane talking about flying and the looks and reactions of people around him. For the record: Flying itself is not what this man is afraid of. Commercial from Royal Jordanian Airlines inviting passengers to stand up against discrimination.

Synopsis: “Suzy’s Beauty Salon,” “Handball Team”
In the first of two commercials, we are privy to some inappropriate goings-on – inventory misappropriation, non-sharing of tips, spousepoaching, etc. – taking place every day in a beauty saloon but unseen by the public and their customers. The second introduces us to the complex web of corruption, cronyism and nepotism running through an under-14 handball team. So how, the spots inquire, might this political microcosm compare with the real world of politics? A commercial for progressive Egyptian newspaper Mada Masr.

Synopsis: When Masters of the Universe protagonists He-Man and Skeletor suddenly come across as real softies by dancing the finale of Dirty Dancing in a bar, this can only be the result of some very special deals they got at Money supermarket.

Synopsis: A film breaking one of the last-remaining taboos: it accompanies women having their period, highlighting all the side effects that come with menstruation and doing so in highly natural, no-holds-barred manner. For starters, let’s change the blue fluid commonly shown on a pad to a genuine red…