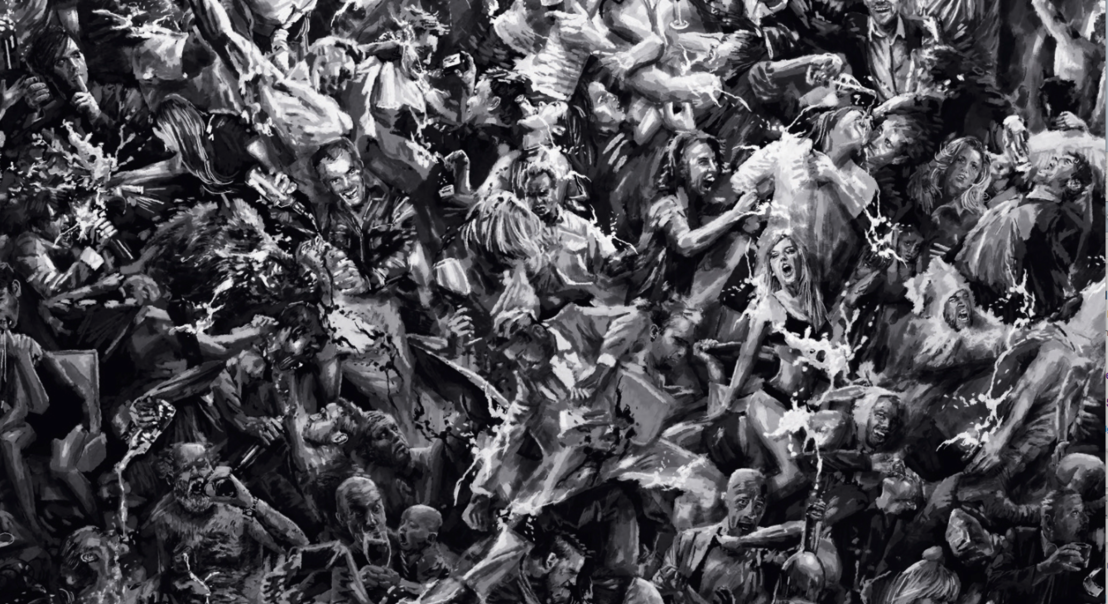 When selecting work to be featured in Vol. 1-2018, I came upon several ads that had a similar concept in terms of their technique and how they played with the spectators' expectations. I found the "synchronicity of ideas" in these ads – which all came out over the course of the past few months – quite striking and thought I'd show you what I mean by this in today's blog.

Perhaps the best example for this technique is the long-copy campaign conceived by the German Serviceplan Group for the Blue Cross – a charity that offers help to those who suffer from or are on the verge of addiction. It creatively uses poetry to address issues of addiction. In fact something that can be called "Reverse Poetry": Read from the top down they describe the negativity of an addiction. Yet, read from the bottom up, the same copy describes a positive life from the perspective of a recovered addict. 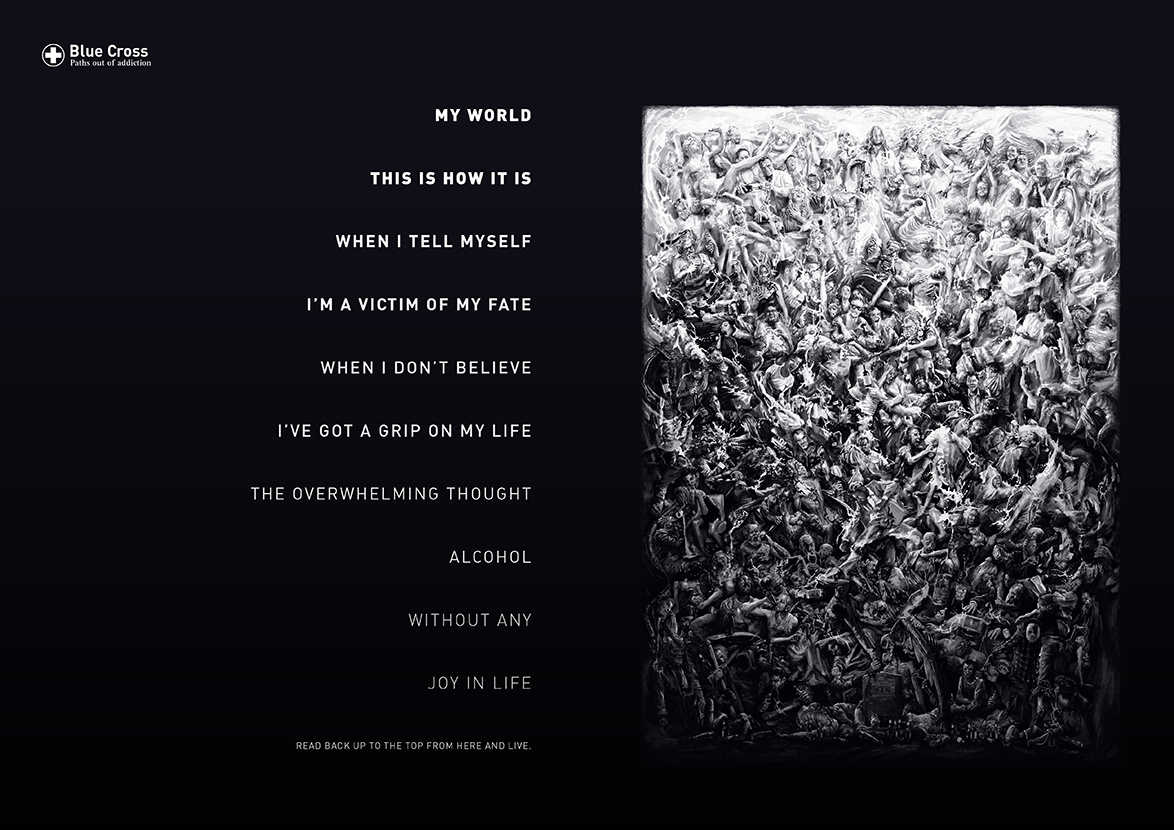 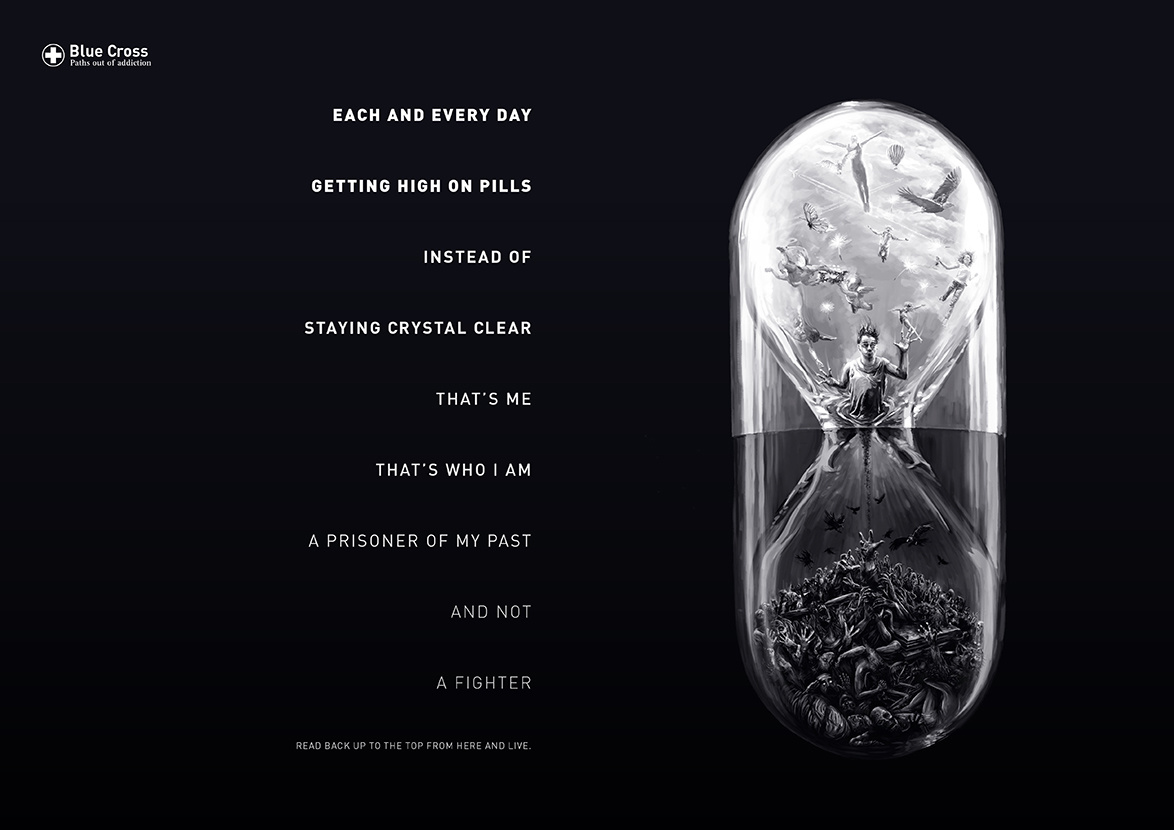 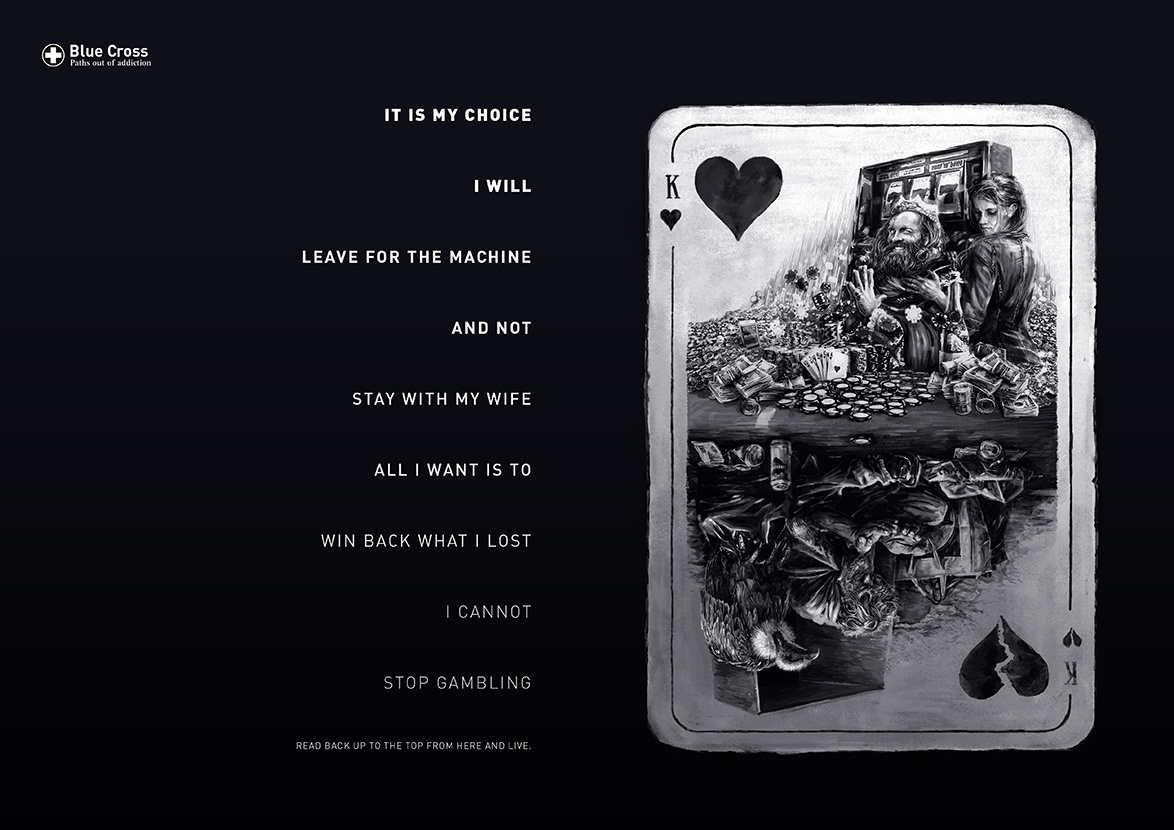 A similar technique is used, if in another medium – film – by French retailer Monoprix. They will be the first to sell the Garance brand of lingerie and bathing suits tailored to women who have had breast cancer related operations. To advertise this cooperation Monoprix's agency, Rosapark, Paris, has created the first reversible Instagram story. #ReversibleStory portrays a woman relaying a disheartening breast cancer story. But, when the story is watched in reverse, it takes an unexpected emotional turn: a positive message, which restores and strengthens women’s confidence in their future.

Another spot from France, one for the Abbé Pierre Foundation for the Homeless, also played on the theme of reversibility of fortune:

Conceptually more conventional (the flashback technique has been used in commercials, road safety messages in particular, for decades) but quite beautifully made, there were also a couple of spots that played with the idea of "how we got here":

(Synopsis: We see a man diving into azure blue water, running across verdant fields and woodland, digging down into ochre-colored sand, and climbing up into a tree surrounded by a sea of bright red petals. Capturing life in all its colorfulness, thus the message of the commercial, is possible with paintmaker Lefranc Bourgeois. Pay-off: Liberate your emotions.)

(Synopsis: We see a woman first floating and then dancing, almost trance-like, through a universe full of chocolate delights. How she got there? Well, a flashback reveals that eating a Gü dessert was what sparked this explosion of the senses called Güphoria.)