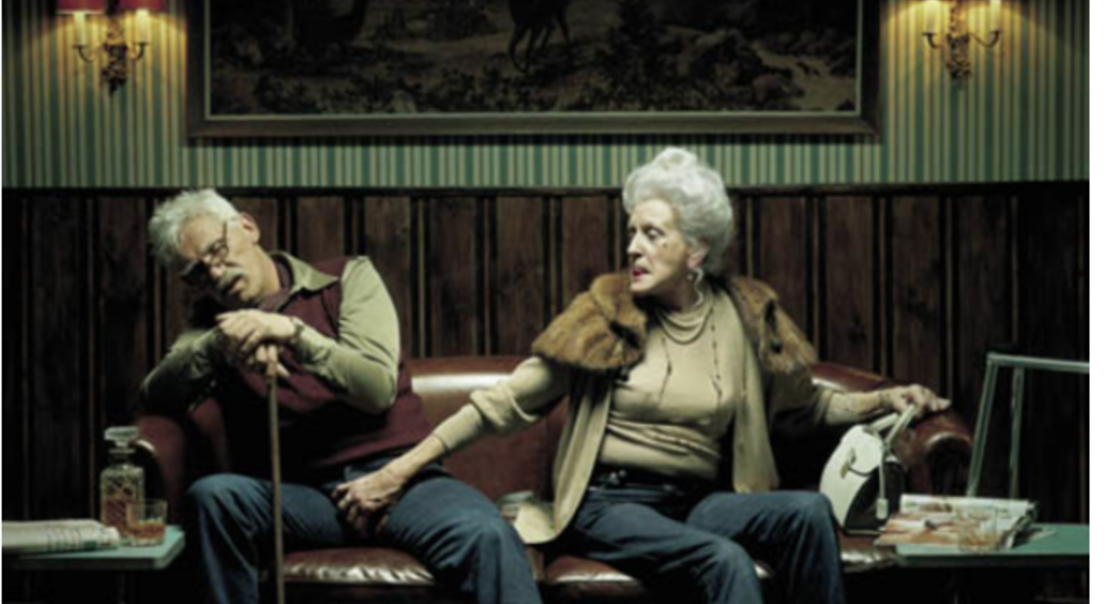 30 years ago Hermann Vaske, then working under the tutelage of the legendary Paul Arden at Saatchis in London came to Archive's headquarters in Frankfurt (where Archive had been founded in 1984 and had its HQ until the early 2000s) to meet with Walter Lürzer, who then headed Lowe Lürzer, the German branch of the Lowe Group. Hermann had the bright idea to suggest a series of interviews with top ad creatives for Archive magazine and Walter, for whom Archive was a pet project next to his extensive activities for his two agencies (one in Frankfurt, one in Düsseldorf) welcomed the idea very much. And in Vol. 3/1988 the very first interview saw the light of day. Hermann had chosen one of the top creatives of the era, Jeff Stark, then Creative Director of Saatchi & Saatchi, New York as his subject and the interview was titled: "A good ad has to be green". From then on, each issue of the magazine has been prefaced with an interview. In those first years the interviews featured people like Helmut Krone, George Lois, Neville Brody, John Webster and Joe Pytka to name just a few.

I did my first interview for Archive in Vol. 5-1991 and I chose Tim Delaney and his then-Head of Art, Steve Dunn. It was an experience I look back on fondly and encouraged me to do more. Some still stick to my mind, some I have completely forgotten. Special ones for sure were those where I was able to introduce (still) lesser-known creatives and artists. Chiefly among them is photographer Erwin Olaf, whose work at the time was limited to art photography and who was mostly unknown in adland, at least outside his native Holland. The interview with him was featured in Vol. 5-1997 and rather suddenly his career in international ad photography took off. He was commissioned e.g. by an Australian ad agency to shoot a big vodka campaign, worked for DKLW Lowe, London on a series of highly successful posters for Diesel and was kept busy by the ad industry for the next 15 years or so. It must be said, he never gave up his art photography and has successfully continued in this genre to this day. 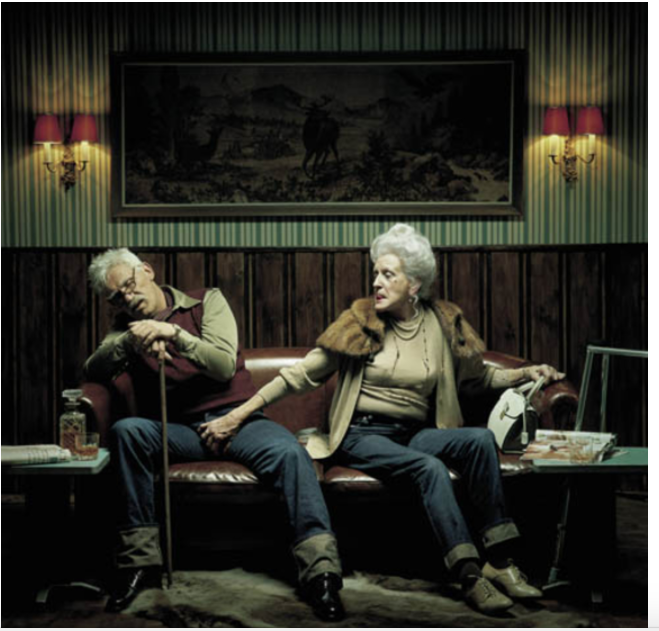 An image shot by Erwin Olaf for the 1997 campaign for Diesel. The agency was DLKW Lowe, London. 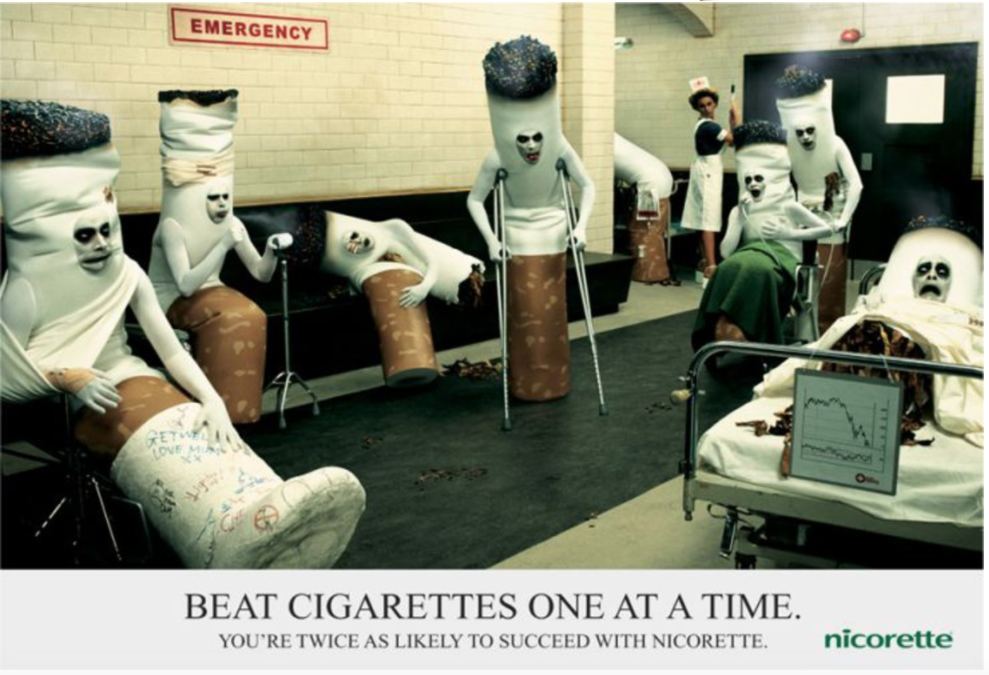 From a Nicorette campaign for AMV BBDO, London, shot by Erwin Olaf in 2000. 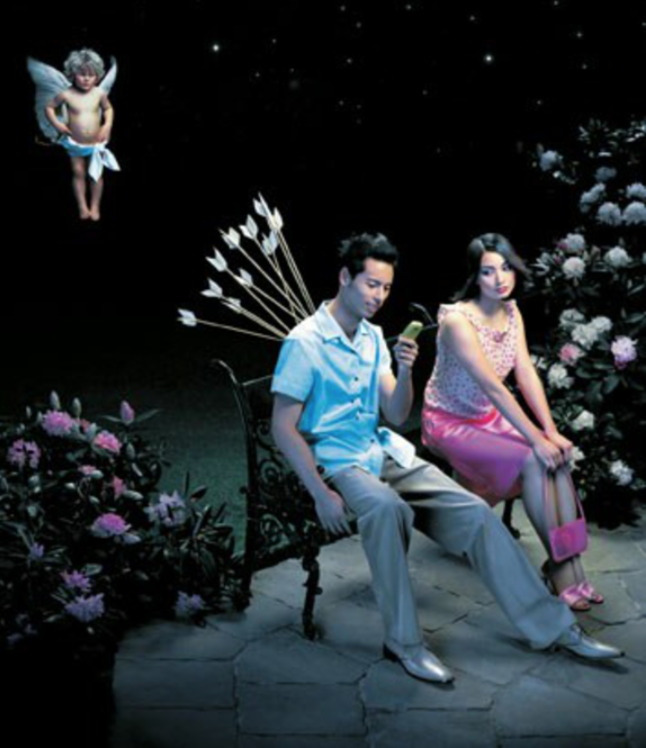 From a Nokia campaign for Bates, Singapore, shot by Erwin Olaf in 2001. This image also graced the cover of Vol. 6-2001. 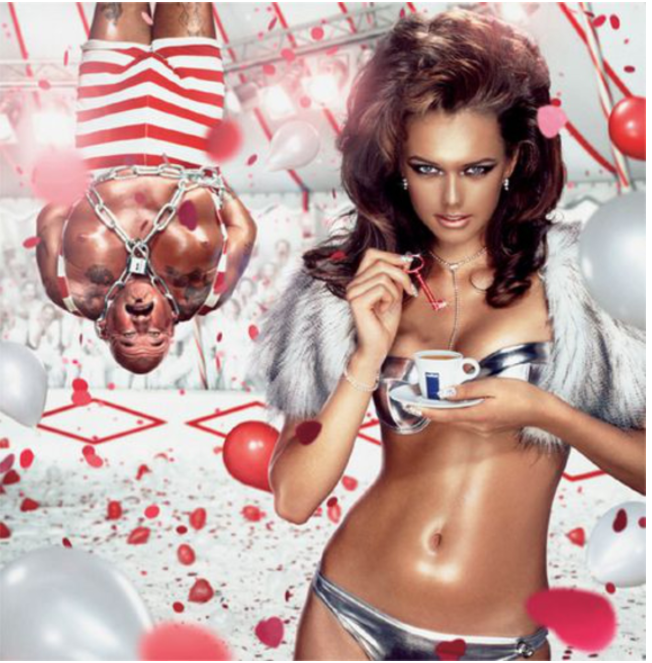 From a 2000 Lavazza campaign by Armando Testa, Torino, photographed by Erwin Olaf. 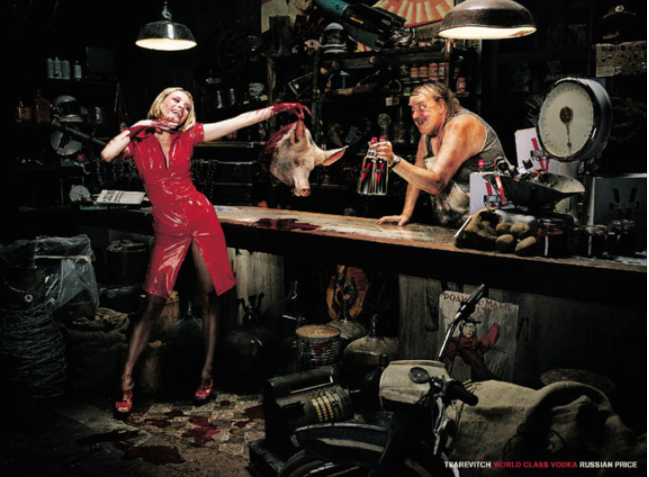 From a campaign for Tsarevitch vodka from Publicis Mojo, Sydney, shot by Erwin Olaf in 1999.

Another interview I remember with great joy was the one for Vol. 5-1997, with KesselsKramer, Amsterdam, when the agency was barely a year old but should soon become one of the most talked-about worldwide (and certainly the most-sought after agency as far as internships were concerned).

There is also an interview from back in 1999 that sticks to my mind, this time, however, because it never got printed. I had spent some three hours in Frankfurt talking with Ian Batey, the founder of the now defunct Batey Ads, Singapore. He was the man who "invented" The Singapore Girl for Singapore Airlines. (After holding the account for 30 years, Batey Ads in 2007 lost it to TBWA – who to this day make use of The Singapore Girl in their ads for SIA.) As I was most interested in talking about The Singapore Girls also in terms of the representation of women in advertising, a lot of his comments dealt with Singapore Airlines. Apparently, he said more than was safe to say if one didn't want to jeopardize client relations. At any rate, Ian Batey got cold feet and withdrew the whole interview the day before it was supposed to go to print. We scrambled to find a replacement and, as far as I remember, Hermann Vaske saved the day with an interview he had in store with a creative obviously less fearful of what his revelations in Lürzer's Archive might cause.

Why am I telling you all this? The main reason is the fact that those approximately 180 interviews are not easy to find on our website. Which is why we've come up with a link that lists all of them along with the issue each of them appears in. I don't think I'm exaggerating when I say that it reads like a Who is Who of the past 30 years of advertising history. The links should be active so you can get to each interview by clicking on the name on this list, should you be interested in travelling to the past to find out how many top creatives (as well as film makers, philosophers, cultural critics etc.) Archive has talked to over the years. 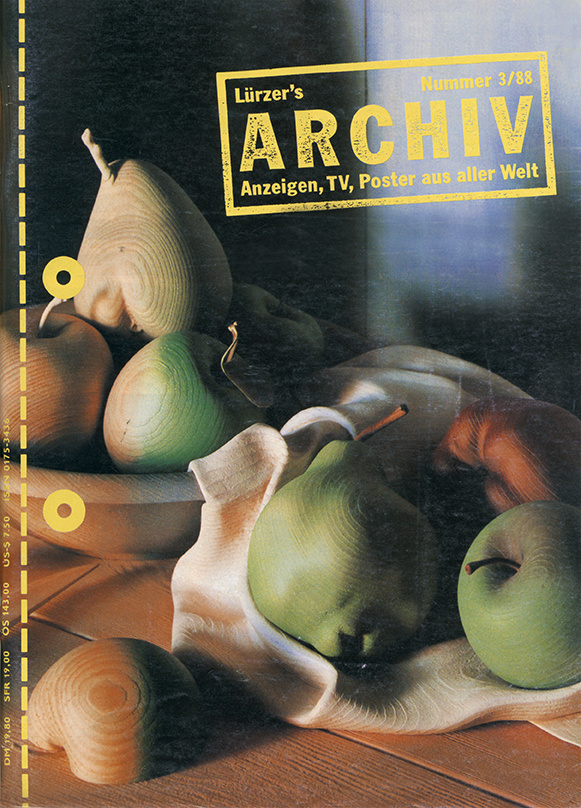 Cover of Vol. 3-1988: Interview Jeff Stark, the very first interview to appear in Lürzer's Archive.The reason you see a cover of the German version of the magazine is that we've completely run out of English copies. If you happen to own one, let us know. We'll gladly buy it back from you. 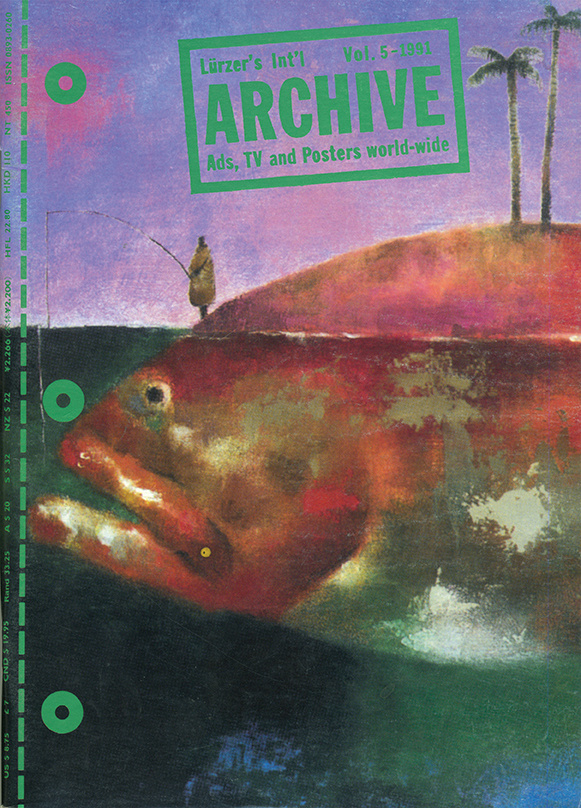 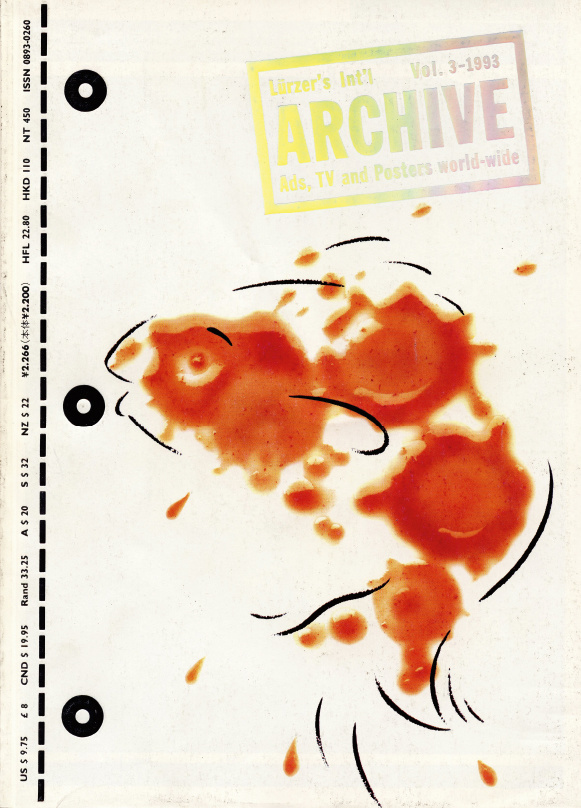 Cover of Vol. 3-1993, the interview in that issue I did with Paul Meijer and Karel Beyen whose ads were considered to be the most unconventional of the mainstream agencies active in the early 1990s. 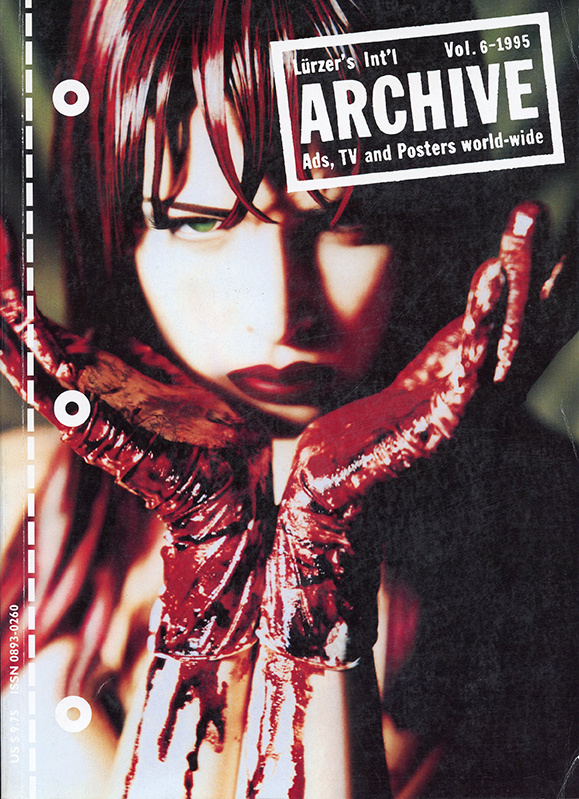 Cover Vol. 6-1995, for which I interviewed Leslie Savan who had a weekly column on advertising in the Village Voice. 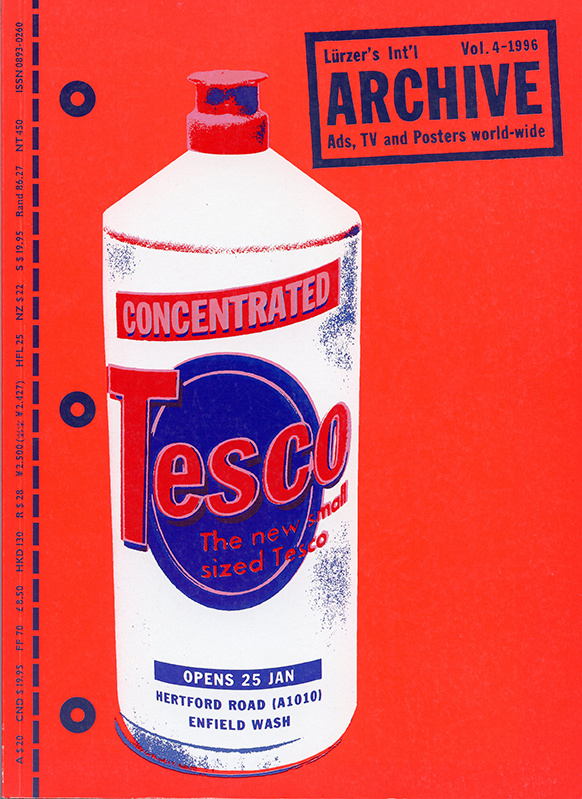 Cover of Vol. 4-1996, which carried the interview with Dutch photographer Erwin Olaf. 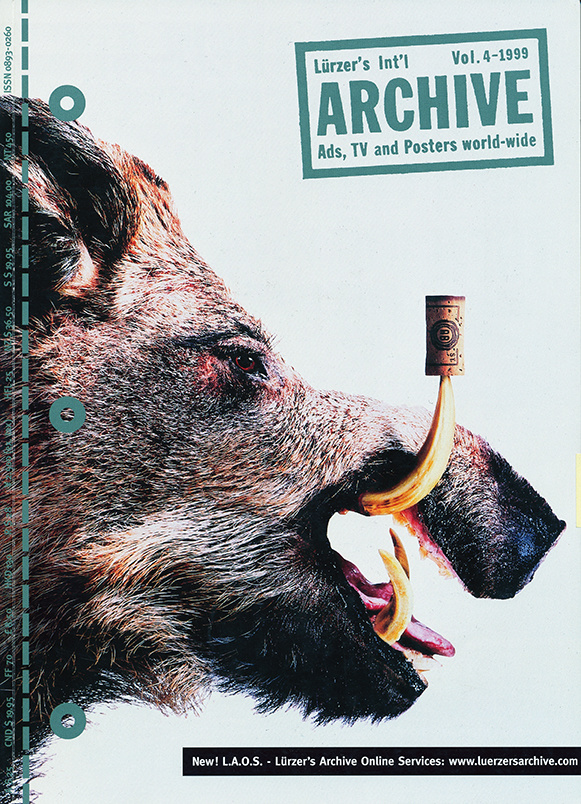 Cover of Vol. 4-1999 for which I interviewed Alex Bogusky of Crispin, Porter & Bogusky, Miami. 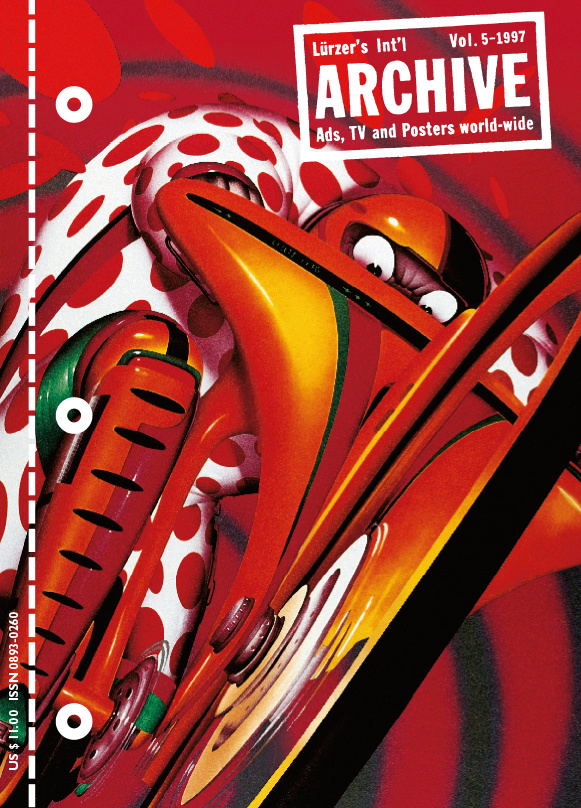 Cover of Vol. 5-1997. The interview was with Erik Kessels & Johan Kramer of the fledgling KesselsKramer agency in Amsterdam. 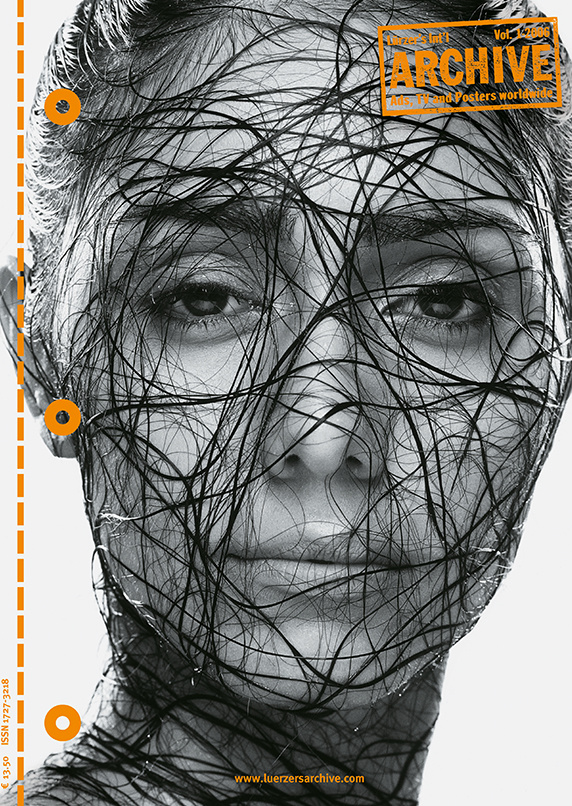