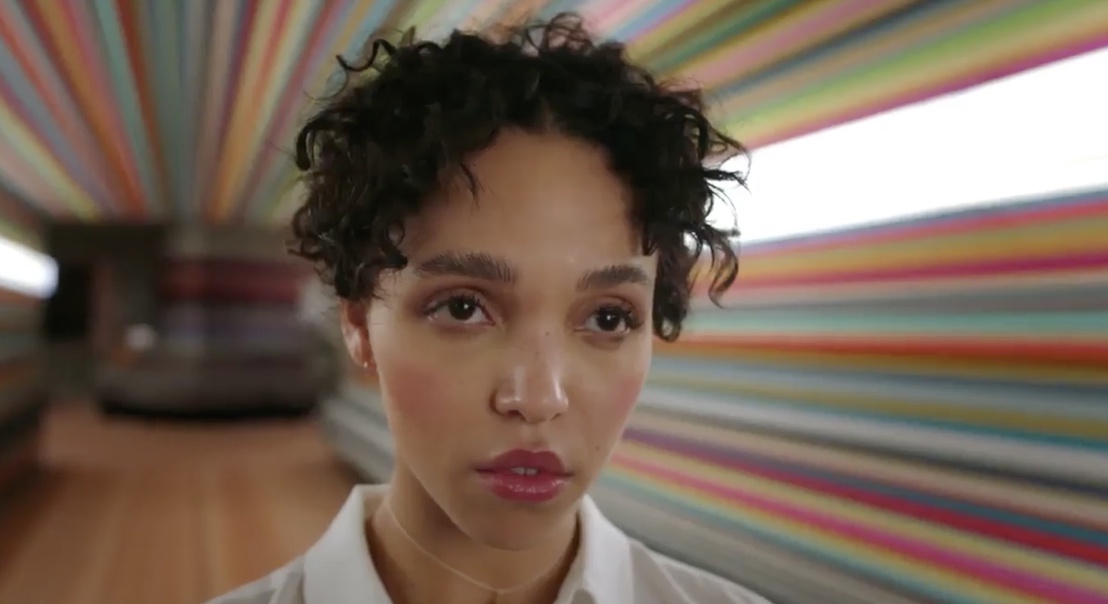 Michael Weinzettl on the amazing output of the part-time commercials’ director.

Back in the 1990s the first airing of commercials for a few brands – chiefly of course Bartle Bogle Hegarty's work for Levi's – created quite a big stir, and I don't mean among only those who work in the ad industry. It was the general public who got excited at the prospect of a new Levi's commercial coming out. A new Levi's commercial would also mean some action in the Top 10 music charts, with a couple of Levi's soundtrack even making it to number one. Anyone remember "Underwater Love" by Smoke City from 1997? It went quite unrecognized until it was featured in a Levi's commercial of the same name and then charted all over Europe. Not to speak of the Dinah Washington's 1952 rendition of the Noel Coward song "Mad About the Boy", which stormed the charts back in 1992 thanks to the Levi's "Pool" spot, which was directed by Tarsem.

At any rate, these days are gone. Advertising has mostly lost the capability of making much of a dent in public awareness. But there are exceptions, e.g. when H&M announce their latest collaborations with some celebrated fashion designer. Another example of the spots that do create a buzz beyond the ad world are the times a talent such as Spike Jonze lends his talent and craft to an ad.

Jonze, who was born Adam Spiegel in 1969, is an American filmmaker, photographer, and actor, whose work includes music videos, commercials, film, and television. His career began when he was a teenager photographing BMX riders and skateboarders. He then moved into filmmaking by shooting street skateboarding, then, for much of the 1990s, became a sought-after director of music videos for acts such as Sonic Youth, Beastie Boys, Fatboy Slim, Daft Punk, Björk and Arcade Fire.

Jonze began his feature film directing career with the double whammy of Being John Malkovich (1999) – which won Jonze an Oscar nomination for Best Director – and the brilliant Adaptation (2002), both written by Charlie Kaufman. He was a co-creator and executive producer of MTV's Jackass reality series. Jonze later began directing films based on his own screenplays, including Where the Wild Things Are and, in 2013, Her, for which he won an Oscar and a Golden Globe for Best Original Screenplay. (As much as I am a fan of the first two films Jonze directed, Her did not resonate with me at all, which means I can't remember a single thing about it.)

As for his commercials output, he's of course best known for a couple of Cannes Grand Prix winners, Ikea "Lamp" in 2002 and last year's Kenzo spot. I would not be suprised at all if his latest commercial for the Apple Homepod won him his third Grand Prix in Cannes this year. Here is a selection of his work featured in Lürzer's Archive over the past 20 years.

A long and exhausting day comes to an end. So why not sit down with a drink and chill out to some music? English musician and dancer FKA Twigs shows us how. And there is frankly no limit to what she can do – be it in either the apartment or her mind. She even discovers a “twin” to join her in exploring all this newly gained space. Director Spike Jonze has created another masterpiece, this time for Apple’s HomePod. (Lürzer's Archive Vol. 2/2018)

A young lady steals away from a boring event to (break-)dance her way, uninhibitedly and eccentrically, through the empty corridors of the convention center, pulling crazy grimaces and stretching her body every which way as she does so. The spot ends on her jumping through the pupil of an eye and emerging in a sea of petals as the eye fades to reveal the distinctly similar-looking flacon of the new fragrance from Kenzo. (Lürzer's Archive Vol. 5/2016)

US movie director Spike Jonze's commercial tells the story of a love affair between two robots in Los Angeles. Jonze was sponsored by Absolut Vodka. Super: “Ordinary is no place to be. I’m here. A love story in an Absolut world.” (Lürzer's Archive Vol. 2/2010)

If you believe intelligence to be an exclusively human trait, you’ve probably never come across one of adidas’ intelligent shoes. This spot’s shoe not only guides its wearer through inhospitable terrain, but also enables him to change gravity repeatedly in several directions before finally getting him back into bed safely. Impossible is nothing – with adidas. (Lürzer's Archive Vol. 4/2002)

This commercial for Ikea is designed to goad Americans into parting with their old furniture. It tells the story of an old desk lamp which is replaced with a nice new one from Ikea and dumped with the garbage. Since the commercial is told from the perspective of the lamp, with sentimental music on the soundtrack, we are beginning to feel for the poor old lamp when a Scandinavian guy appears and says: "You are crazy. The Lamp has no feelings! And the new one is much better."(Lürzer's Archive Vol. 2/2002)

A most unlikely situation evolves as an accident victim wearing Levi's wide leg jeans is shoved into the emergency surgery room, and picking up the rhythm of the heart machine, starts humming "Tainted Love." (Lürzer's Archive Vol. 1/1997)