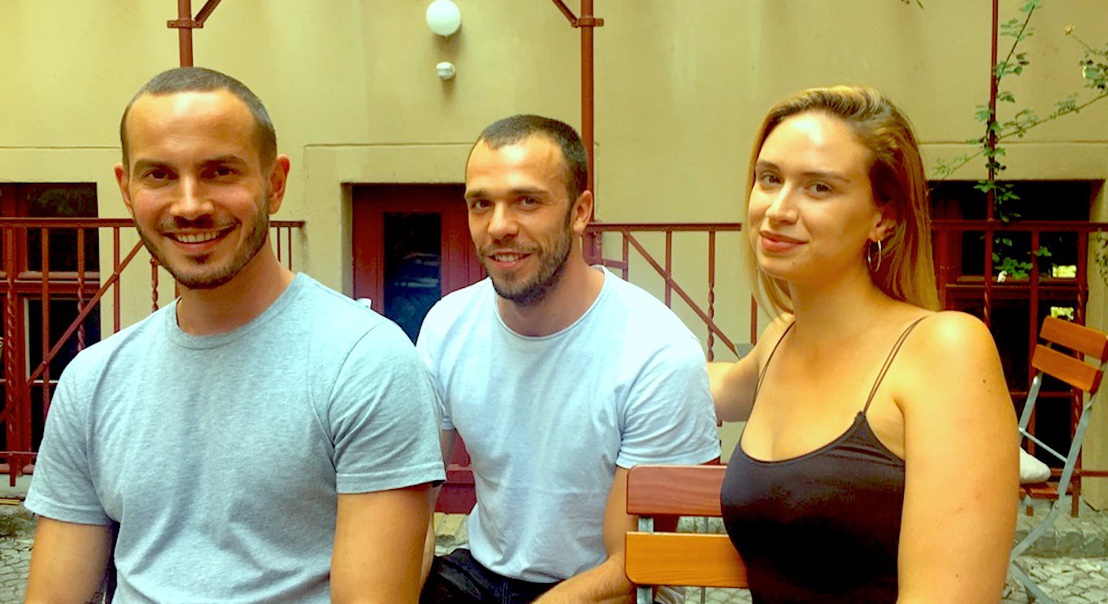 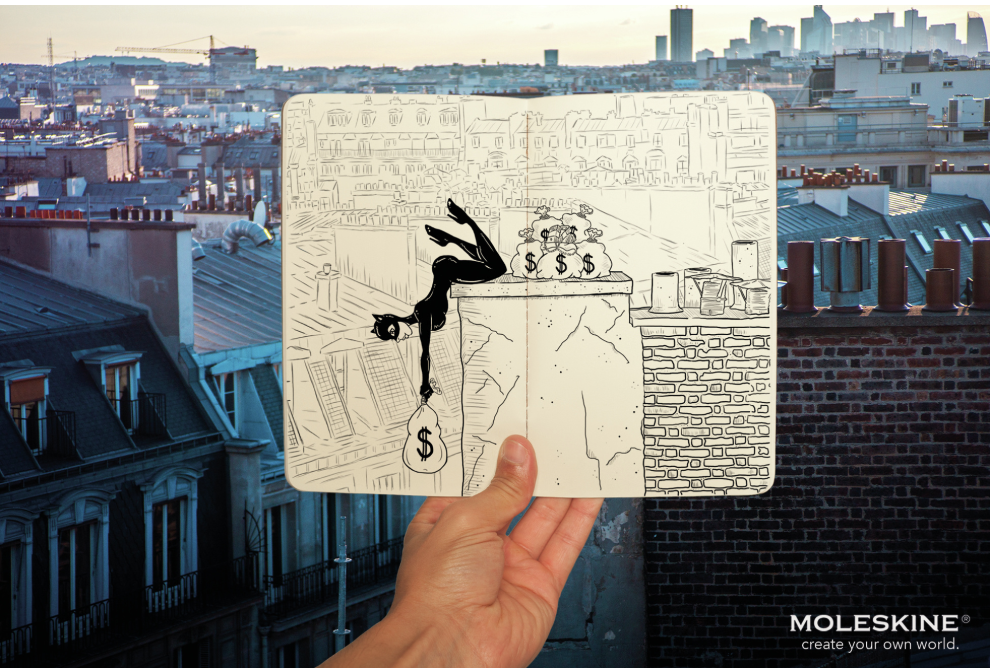 About a week ago I had the great pleasure of meeting the Lürzer's Archive Student of the Year award winners, Boris Schreurs, Davide Pietro Cocchiara, and Stefanie Berkmann in a café in Berlin, close to Miami Ad School Berlin where they are about to graduate. This year's winning team was very special to me as – for the first time of the awards, which started in 2004 –  they came from Miami Ad School here in Berlin, the city I live in. Also, for the first time in the history of the Student of the Year awards, there was no need for me to call in a small jury of creatives to come up with the winner among the top 10-ranking works after our readers had voted. The result was so clear, the number of votes given to Boris', Davide's and Stefanie's work was so overwhelmingly in their favour that there could really be no question of who should get the Student of the Year Award for 2018. Another unusual thing is that two of the team, Boris and Davide have successful careers as dancers behind them.

Boris was born into a very artistic Dutch family. His father is a cartoonist and from an early age on, Boris has been exposed to art, illustrations, comic books. He always loved to illustrate and create since a young age but when he became a teenager he decided to first pursue another dream of his, namely to become a professional dancer. He got his first HBO in Dance/Performing arts and he spent the following 10 years dancing and acting both in The Netherlands as well as all around the world. Dancing and acting gave him the chance to create concepts, be on sets, both in front of and behind the camera. He directed other dancers and created his own shows. Because of his passion for art, illustration work, and his experience as an art director with some of the dance productions, he decided to quit dancing and started studying art direction at Miami Ad School in Berlin to combine all his experience and skills and to put them at the service of the ad industry. More of his work as a very gifted illustrator can be seen on his Instagram account https://www.instagram.com/thekidfromthe80s/

Davide was born in Italy, he comes from Naples originally. As a teenager he was a professional swimmer and even part of the national junior swimming team but what he secretly always wanted to do is dance. So, at the age of 16, he decided to quit it all to pursue his dream of becoming a professional dancer. He then moved to The Netherlands where he got his HBO in Dance/Performing Arts. He worked for the best dance companies in The Netherlands and travelled with them all around the world and, in 2013, was even awarded the prize as the best dancer of the Netherlands. After about 10 year of dancing he decided that it was time for a change. He had already started writing on dance for British magazine Dance Europe, so he decided to combine his love for writing with his passion for creativity and attend Miami Ad School in Berlin.

Even though Boris and Davide worked in the same field in the Netherlands they never met as Boris was a commercial dancer and Davide was a modern dancer. It was only much later that they met and since then have never parted ways. They understand each other artistically, they have the same work ethic, and they are both keen on achieving the best of the best. They love to create, in any possible way and that's what they want to do for as long as possible - advertising being not as age-dependent as dance. Together they have created dance shows, ads, short films, fashion shoots, etc. They always get excited when something creative comes up, and they allow each other to be as silly and as serious as they need to be to get the best out of each project.

As for their not so distant future, the two are already looking into the German and Dutch markets but of course do want to stay open to life and its own creativity. "You never know what life has in store for you," Davide quips. They don’t really care about the name on the door of the agency, they're looking for a place that feels right to them, that allows them to grow, where people will be happy to use all their knowledge to create great things. They are hard workers, who care deeply about what they do, so they want to find a place where they can be inspired and inspire at the same time. Team work, passion, and love for creativity are probably the three words that would describe the agency of their dreams.

So far, Boris and Davide have been awarded with a Wooden Pecil at D&AD's Young Blood competition, Bronze at the ADC Global and ADC Germany, Gold at the Montreux awards, Creative Conscience, El Sol and, of course, now also the 2018 Student of the Year Award.

The third in this talented trio is Stefanie Berkmann, born and raised in the suburbs of Munich. Even as a child she was always engaged in creative activities, such as drawing or crafting things. Her dad used to take her out in nature on Sundays and they would do water colors together. In high school she especially enjoyed art classes and took part in the school choir and musicals. After graduating from high school she travelled for a year through Spain & Australia, then decided to move to Berlin to get her Bachelor's degree in Communications' Management. After that, she worked for a year as Social Media Manager Assistant at RSA Berlin. During that time she also wrote for the Berlin based lifestyle blog i-ref.de. Ever since she started studying at the Miami Ad School, a lot in her life has changed. As a kid, and teen, you love to be creative but at some point pressure hits you and you have less and less time to spend on being creative. Also, for a long time she had no clue how to make money with a creative profession. That’s why she's incredibly happy to have discovered her creativity again. About 9 months ago, Stefanie started to illustrate again – this time on her laptop. She started sharing her creations on Instagram under the name @yasguurl and now already has around 6000 followers and people that really support her in what she's doing. She says she's especially grateful to have met Davide and Boris at Miami Ad School Berlin. They are very inspiring and have a great work ethic. She believes they make a perfect team as they all bring something very unique but also crucial to the table. They also lived and worked together for 3 months while they were doing an internship at McCann in London and won Awards for ADC Global, ADC Germany, Golden Award of Montreux & Creative Conscience together with different campaigns. Now that graduation is upon them, Stefanie is looking to find a job in a junior position in Berlin. "I would love to find a place with inspiring and good-hearted people that work hard but still have fun with the job," she says.

The three up-and-coming top creatives would like to thank their instructor Florian Weitzel for his encouragement, help and inspiration. Besides teaching at Miami Ad School Berlin, Florian is CD and Partner at the Berlin office of Chimney, a global, full-service content partner for film, television, commercials, and digital media. They have offices in 14 cities worldwide. 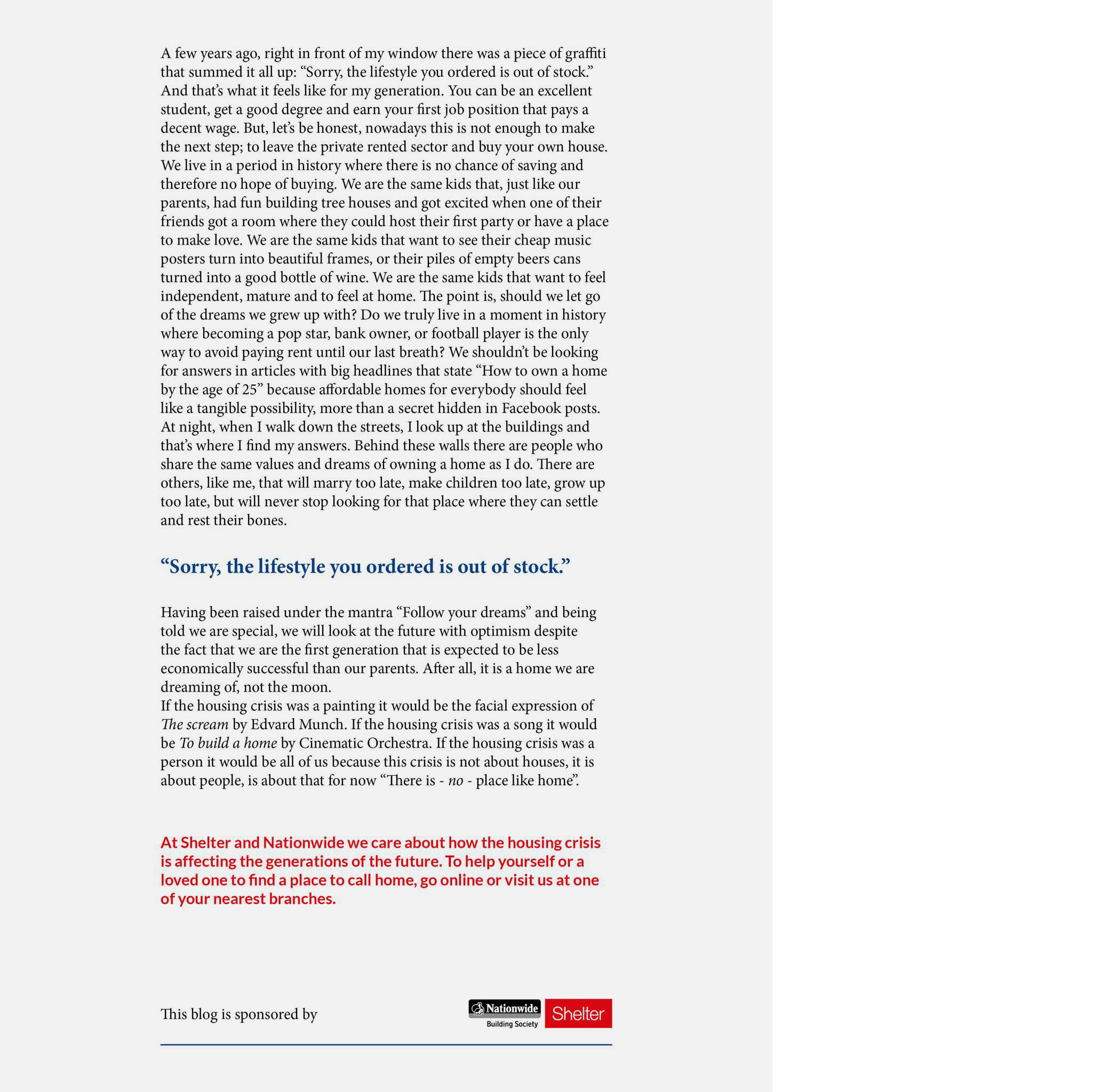 Long copy ad, part of the campaign that garnered the team a Wood Pencil at this year's  D&AD. 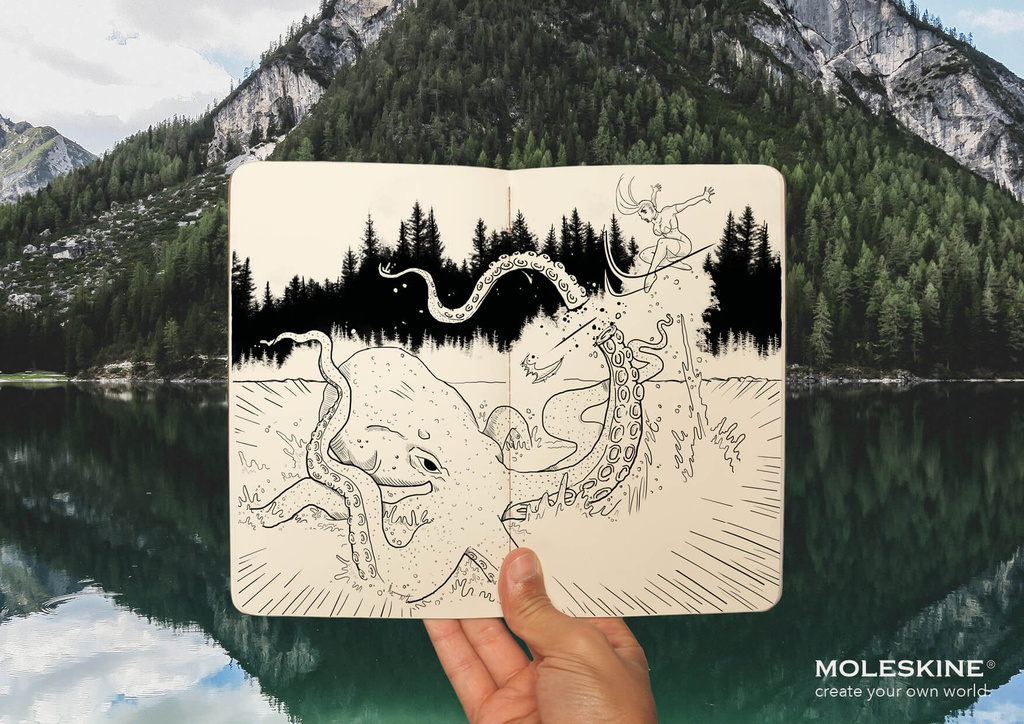 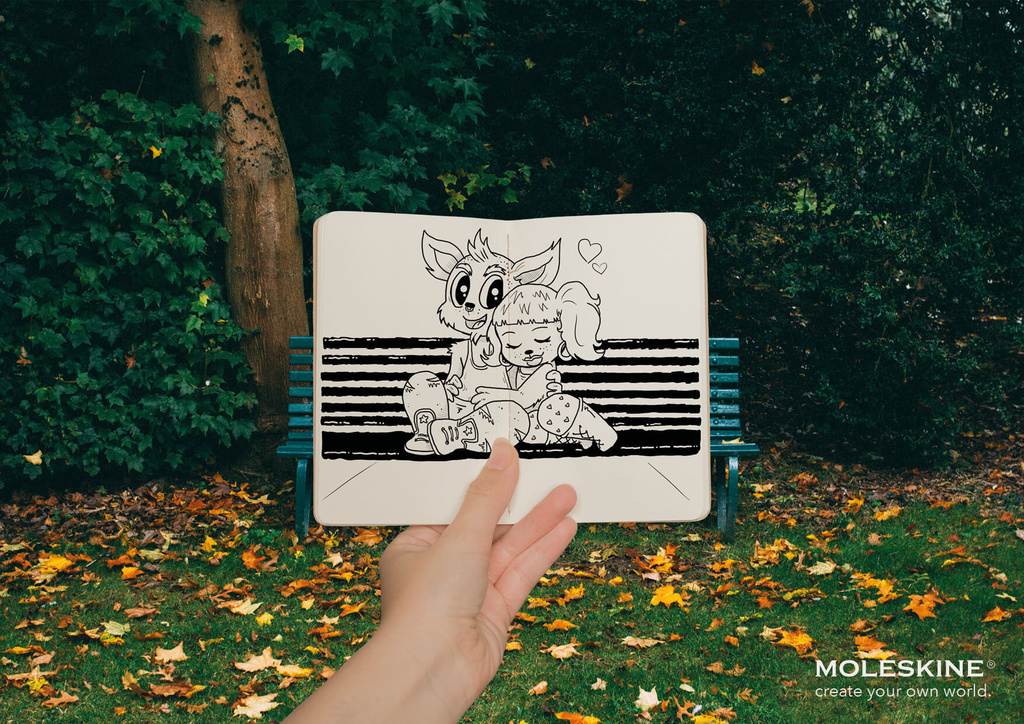 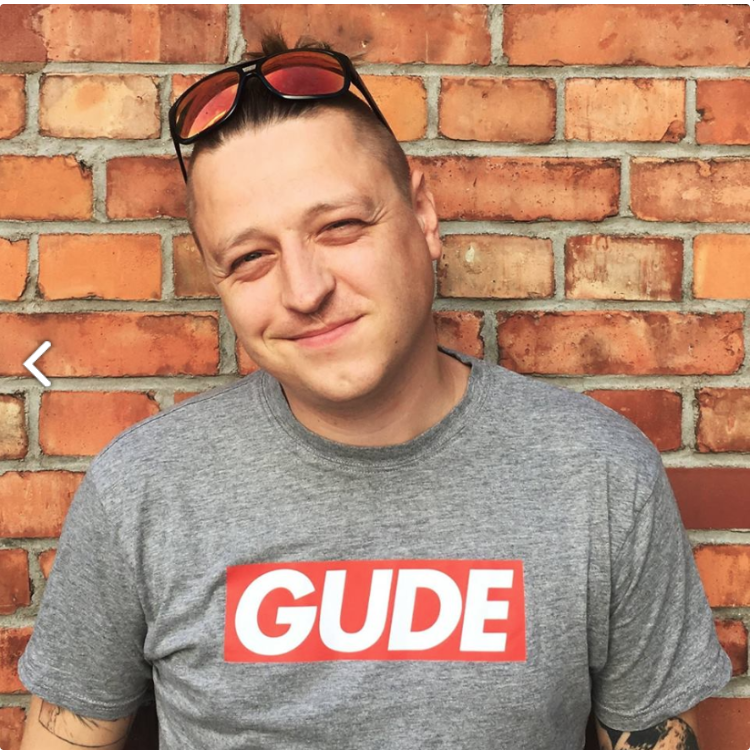