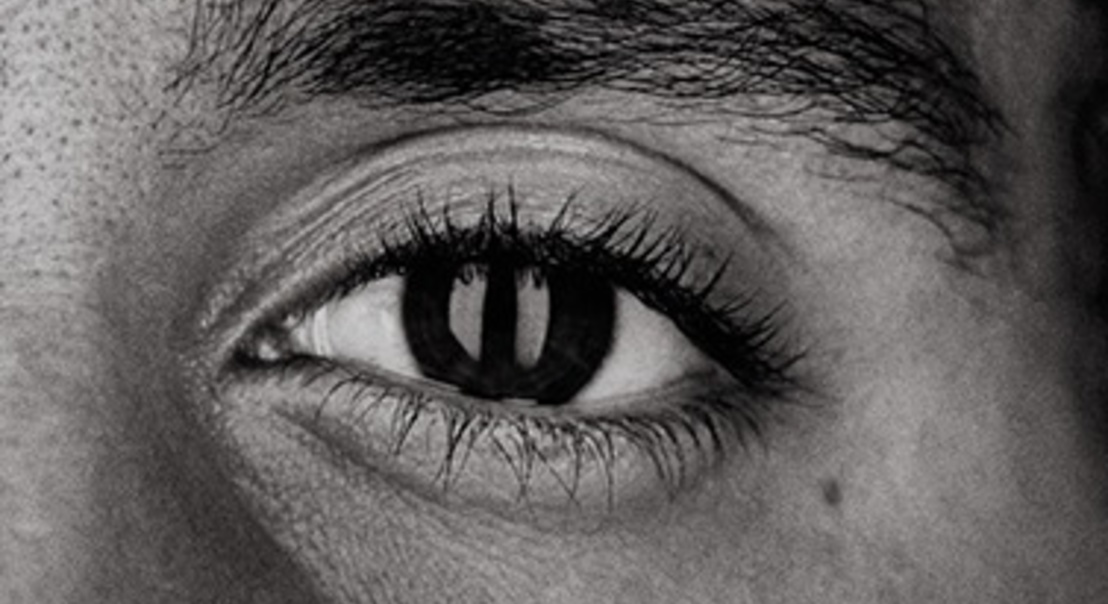 Colin & our next cover

How that controversial Nike ad made us reconsider the cover choice for Vol. 5-18.

Unless you live under a rock you will by now surely have heard about Nike's and Wieden + Kennedy's move to put ex-NFL player Colin Kaepernick on one of its current posters and in latest commercial. In 2016, the football star chose to kneel on one knee rather than stand while the US national anthem was being played before the start of NFL games. He did it in protest at police brutality and racism. Other players followed his example and  this divided the US and incurred Donald Trump's wrath. In his usual statesman-like behaviour he called players who "disrespect" the US flag "sons of bitches" and wanted them to be sacked.

The reaction to Nike's gutsy decision of making Kaepernick the face of their brand was swift and, at first, quite painful. A number of Youtube videos showed enraged Nike buyers burning the leading sports brand's gear. But then things took a turn for the better: According to reasearcher Edison Trends, in the bank holiday weekend after the ad launched Nike's online sales grew by a whopping 31%. I for one cannot remember a similar incident in the history of advertising – a brand sticking to its convictions against what can, unfortunately, still be considered the predominant political climate in large parts of the US.

Which is why we decided to honor Nike's stance with our next cover. No matter that we had already decided on another cover, one that would have been the first cover in the magazine's 34-year history to come from a Romanian agency – MullenLowe, Bucharest. However, we thought that the Kaepernick ad and the story that surrounds it was reason enough to give precedence in what is a pretty much unprecedented act of defiance by a major brand.

Note: The photographer's name, as well as the names of the creatives involved, are still being kept secret by Nike and Wieden + Kennedy. However, if you're familiar with the guy's work it's not difficult to guess, I thought, even though his portrait shots usually appear in colour.

So here is our next cover in all of its glory (with many thanks to Kara Stockton of Wieden + Kennedy, Portland, Oregon): 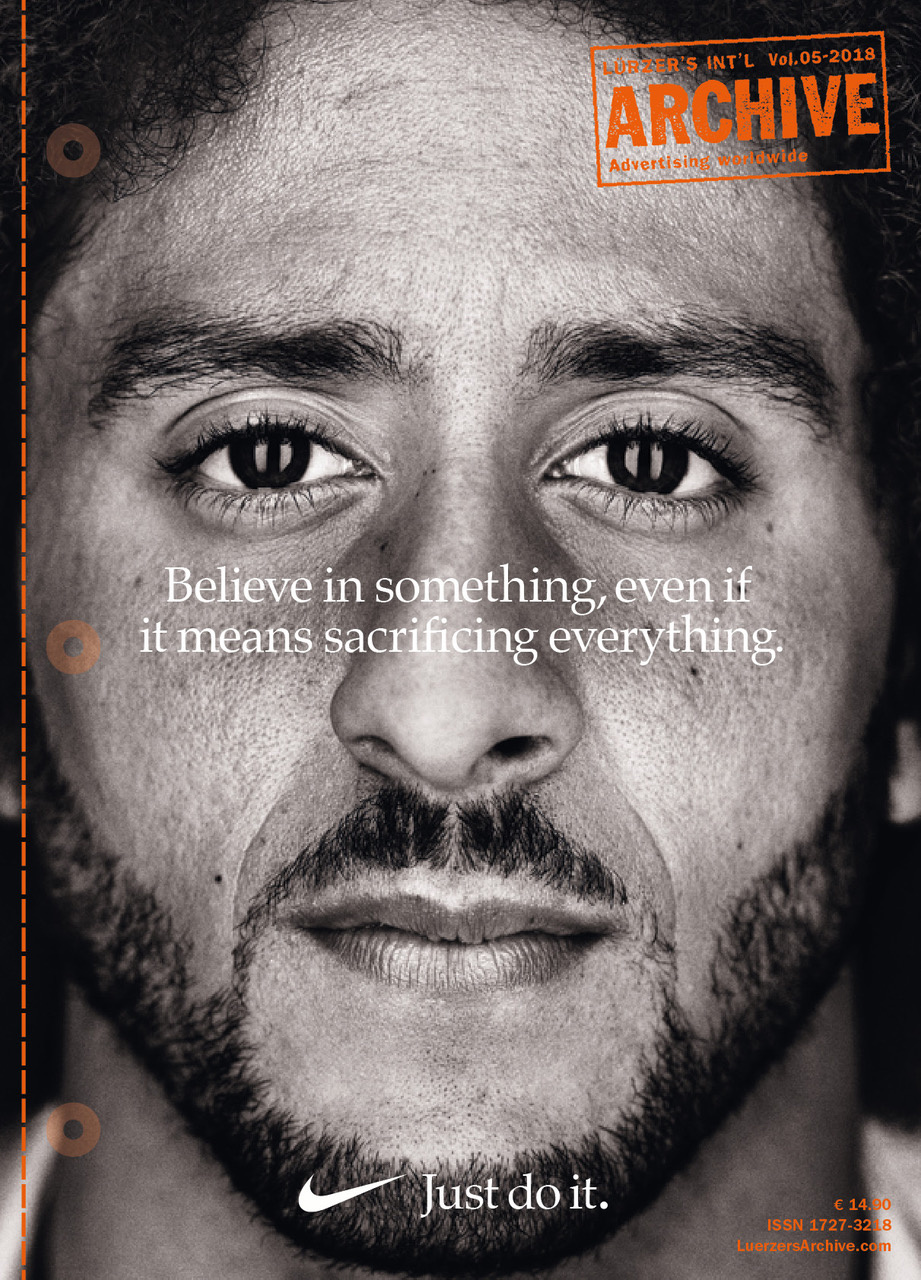 “Dream Crazy” from Nike’s “Just Do It” campaign, done by Wieden + Kennedy, Portland. 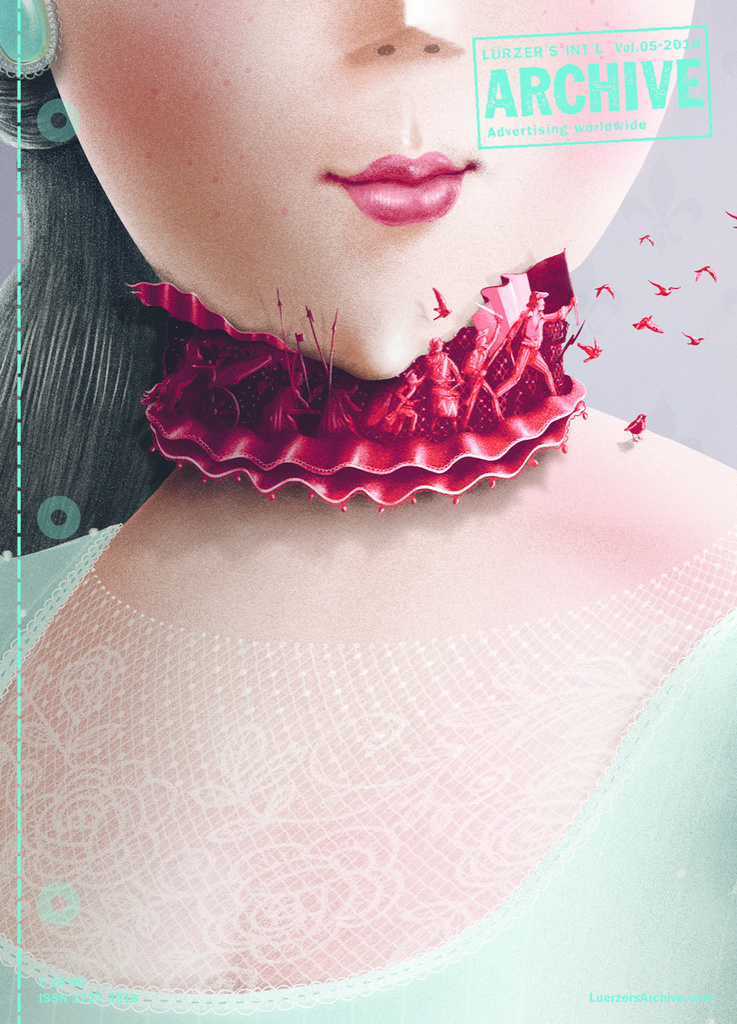