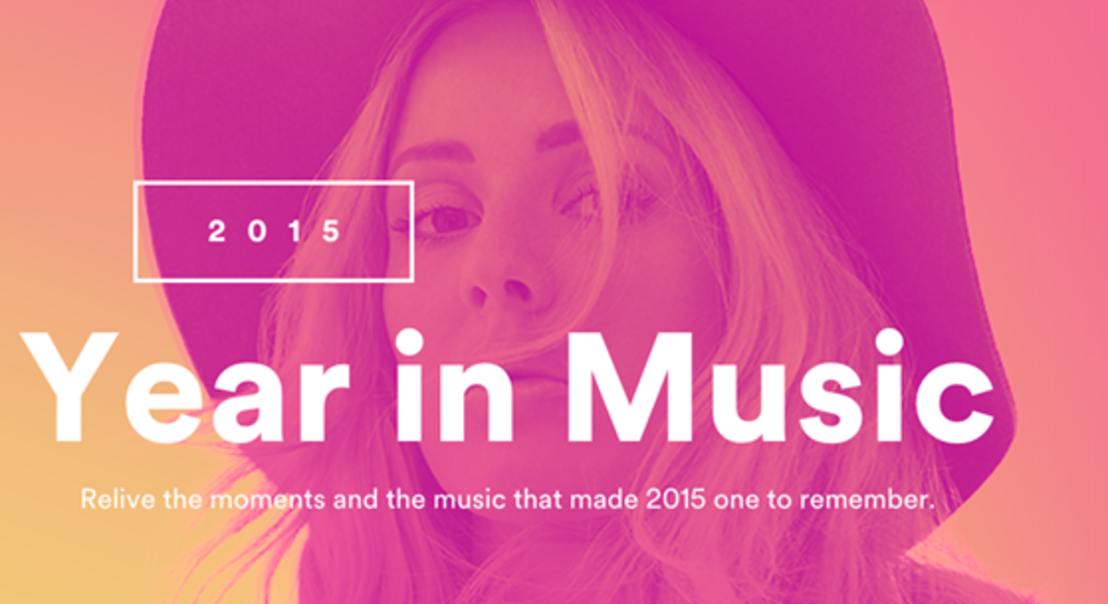 Spotify spotlights gift users with their personal “Year in Music”

Spotify is spotlighting listening data to present users with their personal “Year in Music”. 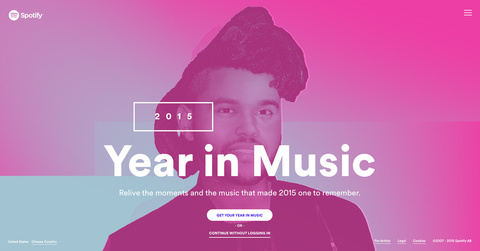 Recently, Spotify revealed what the world listened to most in 2015. With an audience in the millions, Spotify's annual Year In Music campaign has quickly become one of the definitive and most popular Year in Review roundups of any subscriber service anywhere.

Now it’s time to learn how 2015 sounded to each one of its streamers, thanks to this interactive campaign by StinkDigital. At the centre of the campaign is a site which allows Spotify users to generate customized insights about their music listening habits for the year. Spotify users can simply visit spotify.com/2015 to enjoy the interactive celebration of the year in music, politics and culture, and to generate a personalised Year in Music.

The site, which is exclusively a WebGL experience, also includes a wide variety of carefully curated cultural and musical stories from the year, which are custom selected and served to each user based on their specific musical preferences and location.

From the internet falling back in love with rapper Missy Elliott at the Super Bowl, to same-sex marriage being legalised in the US and Ireland, to man buns and selfie sticks exploding on the cultural scene, 2015 was a year to remember. Spotify is encouraging users to “explore these and many other moments from the past year – and relive these memories through custom Spotify playlists.”

Users can also share a variety of dynamically generated cards that summarise different aspects of their listening data for the year. To create a personalised Year In Music card, users can just select “Get Your Year In Music” at spotify.com/2015 and sign into their account to see how and what they listened to this year, including first played song of 2015, top songs, artists and genres, top artists by season, total minutes of music listened to and total number of songs and artists played.

Once Spotify has generated a personal Year in Music, users can simply select ‘Share’ to see a snapshot of their Year In Music card that can be share with friends across social networks.

Also, as part of the Year In Music campaign, Spotify is giving every fan a playlist of tracks they think they will love based on their 2015 listening. “Play It Forward” is a generated custom playlist “that will take you into the new year in style.”

Year in Music uses custom shaders to generate gradients and duotone effects on top of all the content loaded from Spotify's API. The entire color treatment of the site is done dynamically on the fly on a user’s machine/browser. StinkDigital's design team used a static asset git repository for icons and specific curated imagery and created an asset delivery system so they could modify assets on the fly without having to re-deploy.

Year in Music is available in 35 languages across 57 countries. Copy updates and translations are managed entirely through a custom CMS created for the project.