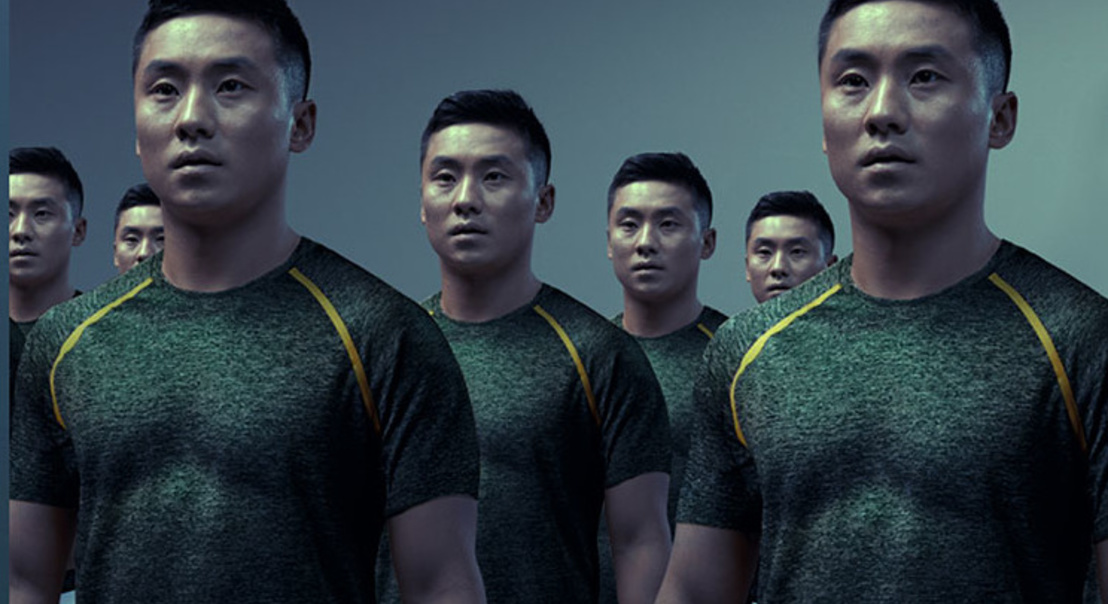 As consistently witnessed over a span of more than 32 years, the second issue of Archive magazine generally turns out to be somewhat of a challenge for us. Obviously, you can’t draw on any more Christmas ads (not that there were a whole lot of outstanding ones this past festive season in any case), and in most agencies work on the campaigns they are going to enter in Cannes, has not yet really started. (I know what you’re thinking now. All these totally justified notions of advertising specially created for the awards season and how we really shouldn’t be featuring such things in this magazine anyway since it distorts the reality of day-to-day advertising. Fact is, however, that many of these ads conceived with an eye towards the awards shows can be brilliant and, not infrequently, the best our industry is capable of producing, and it would be a shame if we weren’t able to showcase them for you. After all, you never really know whether these excellent concepts and executions might not be a source of inspiration to you in your own work, which is really what this magazine has always been about: Presenting outstanding work, no matter what the context in which it was created, with a view to stimulating your own creative potential. Or, as Walter Lürzer used to say, “A great idea doesn’t care who seizes it or what the circumstances surrounding its deployment are.”)

At any rate, I have to say that, this time around, we were well and truly flummoxed in terms of our expectations with regard to the work we would be able to present to you in this issue. I would in fact be very surprised if you didn’t already find print and film campaigns in Vol. 2-2019  that will go on to win big at this year’s Cannes Lions in June.

As for the wider contents of this issue, you’ll find 91 print campaigns from a total of 31 countries. Brazil - how else could it be? - is in pole position with 10 campaigns but closely followed by Canada and the UK with 9 each. Somewhat surprisingly, Switzerland is next with a total of 8, followed by Germany (6) and Greece, which clocks in with 5, ahead of the USA, meagerly (for them) represented this time with just 4 print campaigns. In Film, however, out of a total of 42 campaigns (TV and online, some of them obvious contenders for Cannes metal come June) the US is comfortably ahead with 12 campaigns, followed by the UK with 9, and France in third place with 7.

There is just a single interview in issue 2-19, and this is with Ale Burset, the top photographer in this magazine’s 10-year ranking (no other ad photographer, in other words, has had more work featured in Archive over the past 10 years). The curator/judge for the Digital work in this issue was Dave Monk, ECD at Publicis, London. Unfortunately, due to pressures of work, Dave had to bow out of the interview I had been planning with him. In its place you’ll find all the amazing print campaigns he was involved in during his time at BBH and Grey, London. 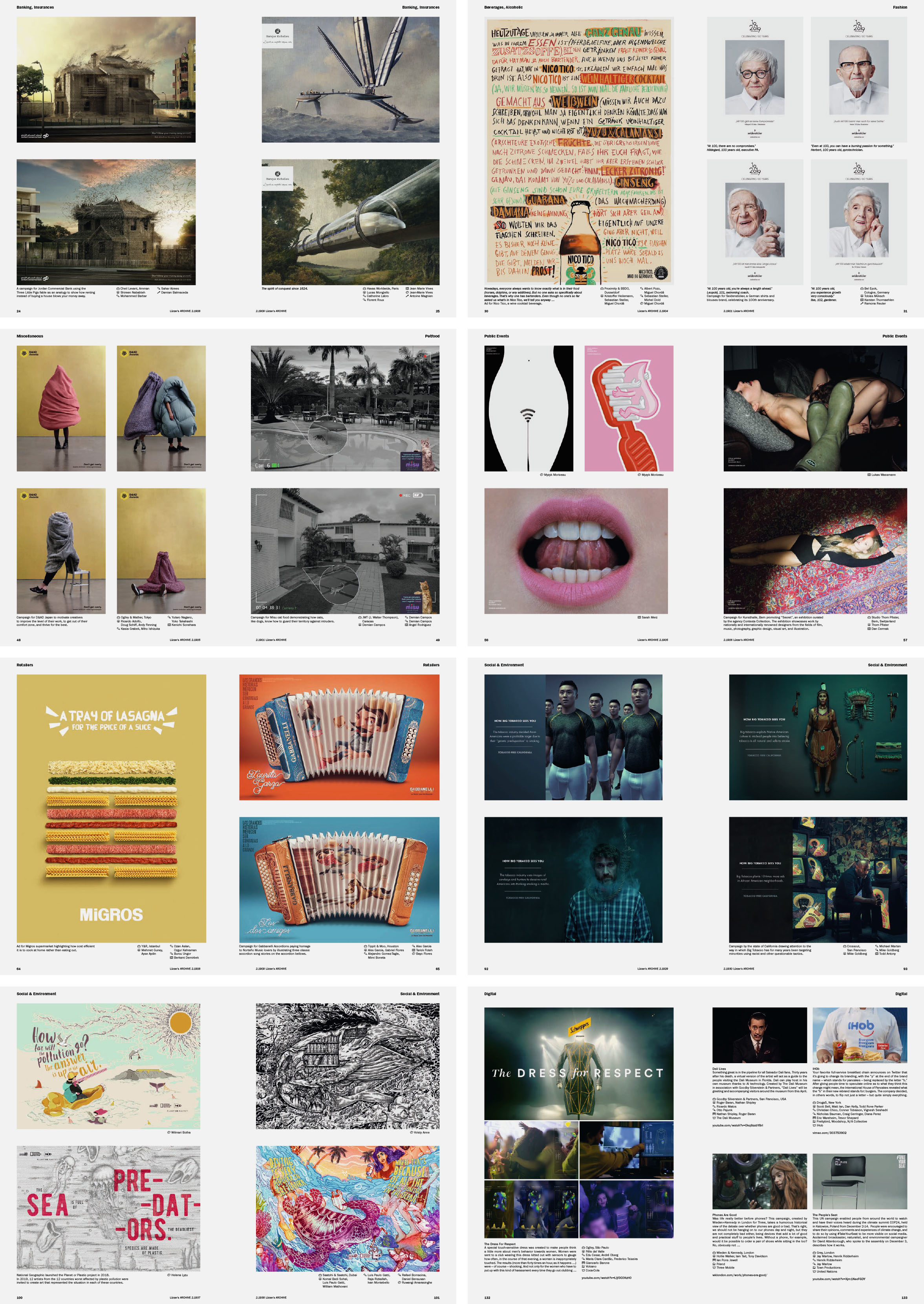 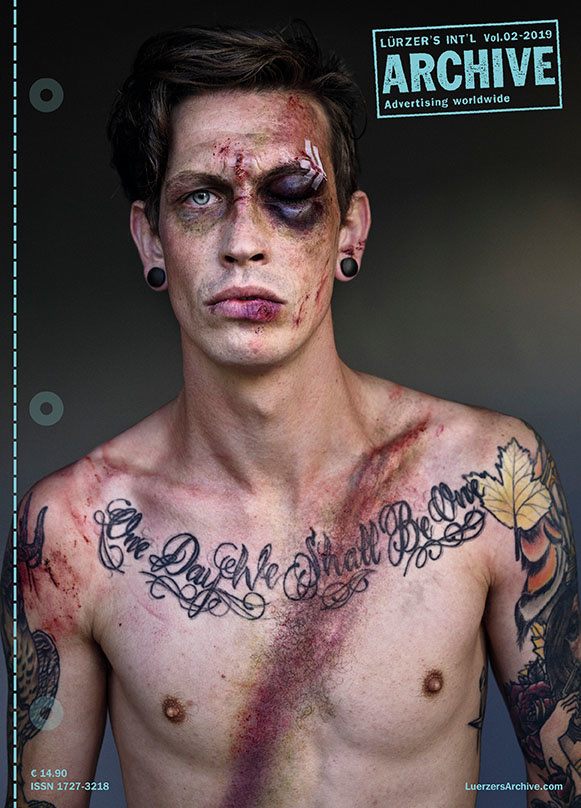 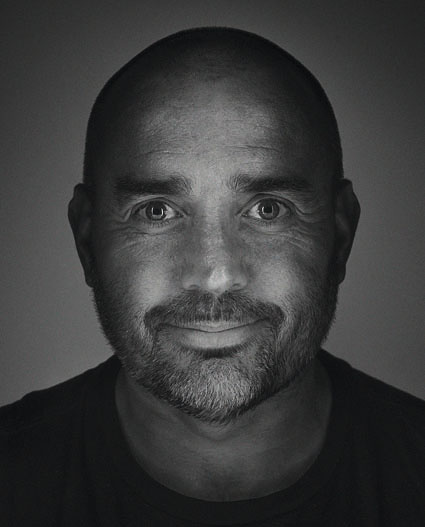 Ale Burset, the number one photographer in the Lürzer's Archive Ranking and our interview partner in this issue. 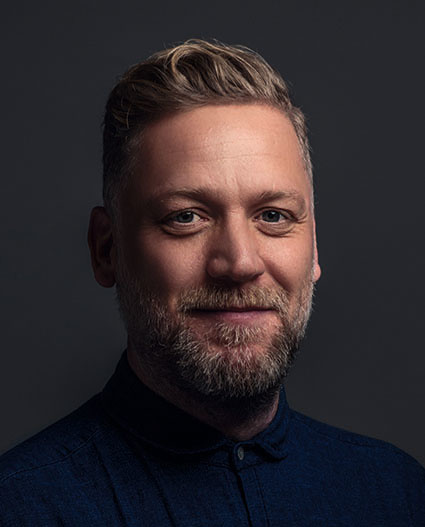 Dave Monk, ECD Grey, London, who curated the content of the Digital section in this issue. 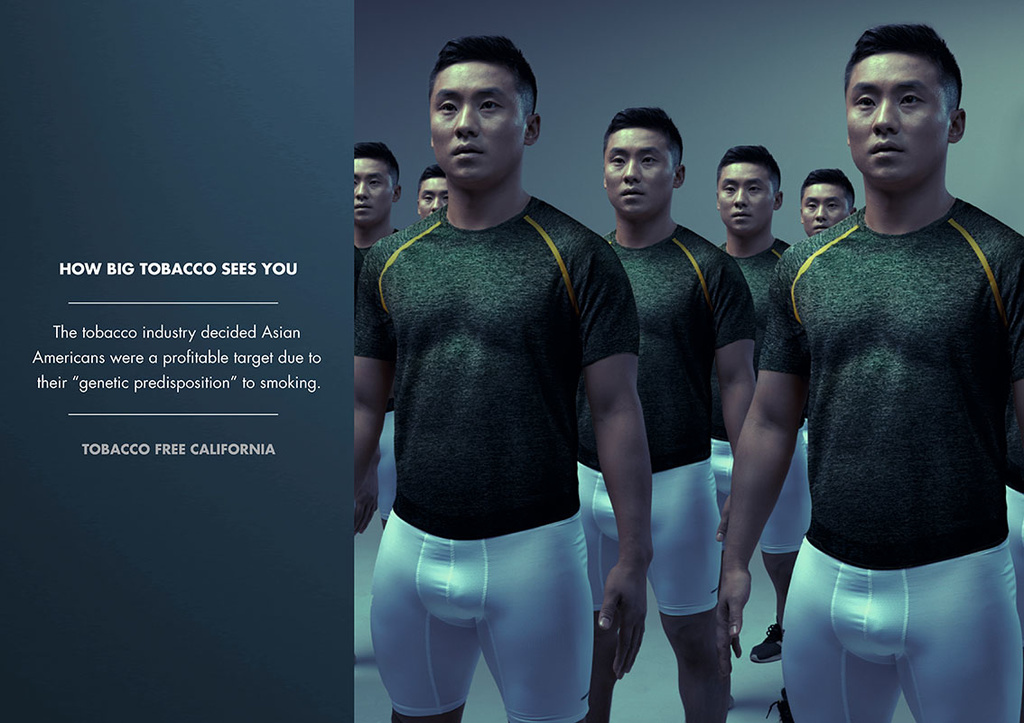