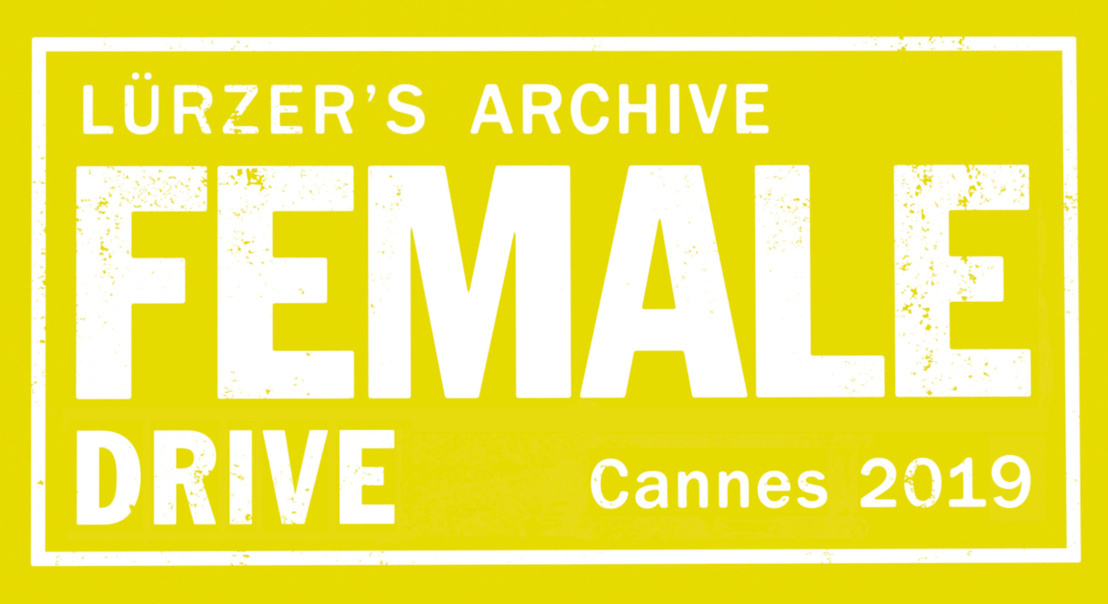 The FEMALE DRIVE 2019 in Cannes is history. For one week Lürzer's Archive "Special Agent" Charlotte Bufler of Munich agency Wunderwaffe was talking to top advertising women during the Cannes Lions Festival 2019. All this in the back of a car, cruising down the Croisette.

"I wanted to be a rabbit trainer."

Today rather than rabbits - Pippa Seichrist trains the future generation of our industry.: young talent. Pippa is one of the founders of Miami Ad School. In her DRIVE she has surprisingly good news for Charlotte Bufler. And the whole field we all work in: "The future is female and colorful." I'm only talking about the students in the 15 Miami Ad Schools around the globe. And: "Yes. Young talents still love the job. But it's no longer called "advertising."

Nicky Bullard is Chairman of the MRM/McCann and President of the Jury of the Direct Jury. Just minutes before the award ceremony with the winners on stage Nicky took part in our FEMALE DRIVE in Charlotte Bufler's Volvo XC 40- Very cool indeed, Ms Bullard! But as she herself says: "Jump! Take the lead! Women are incredible". That's right.

First-hand information from the Film Craft Jury. Charlotte Bufler has a very interesting conversation with Rebecca Skinner, founder and CEO of Superprime Films.
"There is a strong trend towards equality in all dimensions of filmmaking. The themes, the way you see the world and the problems. The teams. That's very optimistic. Because many things look different whether you see them through the eyes of a man or a woman." Charlotte asked her guest about her personal superhero. And take not: It's not Supergirl or is it Wonderwoman. It is Jacinda Ardern. Prime Minister of New Zealand. What a convincing reply!!
Stay tuned.

What a happy reunion for Charlotte in Cannes: Charlotte Bufler in conversation with Marjorieth Sanmartin, ECD at TBWA/Düsseldorf. And just like last year it turned out to be quite an emotional highlight. "What happened last year? I lost a breast, I won my fight against cancer. I gave birth to a baby. And I switched from Grey to TBWA." This FEMALE DRIVE is really a goose-bump inducing. And, above alll, Marjoreth has some super important advice for young women - whether they're creatives or not.

This FEMALE DRIVE around, presenter Charlotte Bufler queries Francisca Maass, CCO at Grey Germany, about special female characteristics. Is there such a thing as female weapons? Francisca describes an underrated female superpower: The power of listening. It's a ability that allows her to make decisions that others (men, of course) might not make. Find out what Francisca thinks about strong or weak clients. And about the most recent "Holy Shit" moment of the new Grey-CCO.

„Aesthetics matter."
Today Charlotte Bufler has the pleasure of taking a FEMALE DRIVE with a woman who has the power to influence images more than most. Rebecca Swift paraphrases Stefan Sagmeister’s „Beauty matters“ to „Aesthetics matter“. An important statement considering her responsibility as the Global Head of Creative Insights at Getty Images. Rebecca also talks about the possibility of violence as an argument. Dr. Swift teaches judo but, fortunately, did not practice any on the backseat of Charlotte's Volvo XC40. It turned out that she is a dedicated reader of Luerzer’s Archive, the magazine where she says she finds the most important photographers and trends, and all in one place. Merci beaucoup.

In todays FEMALE DRIVE Charlotte Bufler talks to Aline Santos, "Marketing-Queen of Unilever“ who reveals a secret. Aline is without doubt one of the most power- and successful women in the creative business. She's behind a number of famous  campaigns featured in Archive magazine, such as the one for DOVE  or „Dirt is good“ for OMO washing detergent. So what's her secret? Listen to Aline and find out how Ridley Scott's „Alien" inspired her to fight against stereotypes (and internal critics) turning a million-brand to a billion-brand.

Charlottes first interview partner on the backseat of her Volvo XC40 is Debbi Vandeven, Global CCO of VMLY&R. Charlotte calls Debbi „Mother of thousands of young female creatives“ due to her mission to empower young talents. „Is it for equality per se? Or to enhance the overall quality in the business, when you fight for the female side?“ Have a look, what Debbi answers.