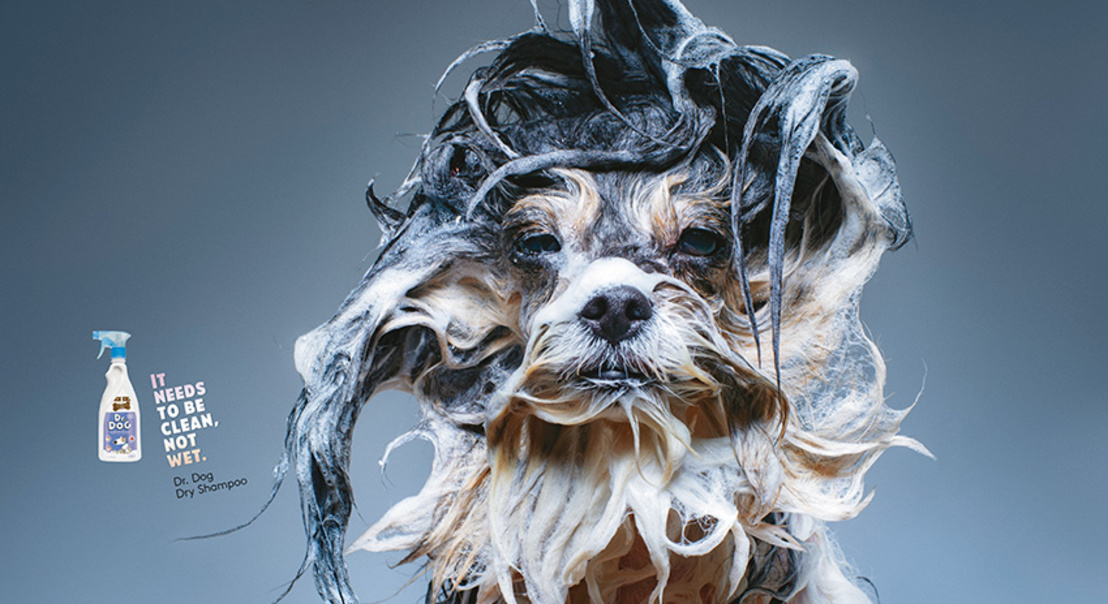 The latest issue of Lürzer's Archive, Vol. 4-19, is available now and here are a few things that I wanted to tell you about it: Memories of the Cannes Lions festival may have possibly faded – unless, that is, you were lucky enough to be among the winners. The main awards handed out at the festival were right in line with what we expected to be the highlights of the current awards season, which is why we featured one of them a full five months before it triumphed at Cannes (I am, of course, referring to the Nike Colin Kaepernick campaign, which even graced the cover of Vol. 5-18).

As some of the award-winning work had not yet appeared by the deadline of our previous issue, you will be seeing some of these top-award winning campaigns in this latest selection, chiefly among them is the stunning film campaign for the New York Times by Droga 5. All this will serve as a further reminder of just how great this year’s crop of winners has been.

For some years now, I’ve been using the Letter from the Publisher to list country rankings, telling you which country landed the most work in the pages of each particular issue. I thought we’d now leave that to the Olympics and have thus opted to change the ranking to reveal which agencies were at the top in terms of having the most recent work featured in our magazine.

As I found out, however, it’s not that easy to find supreme winners if we merely base this new ranking on the campaigns an agency has in any one particular issue. With works from a total of 91 agencies featured in this issue, it is in fact a far more complex process.

Considering that we were able to pick the work of so many agencies' work, it’s not too surprising to see that the top spots go to three agencies that feature with three print campaigns apiece: DDB, Buenos Aires, MullenLowe SSP3, Bogota, and LOLA MullenLowe, Madrid, while a total of nine agencies score two campaigns each in this issue: Heimat, Vienna, Publicis, Milan, VMLY&R, Dubai, McCann, Bogota, Prolam/Y&R, Santiago de Chile, Y&R, São Paulo, adam&eveDDB, London, Droga 5, London, and Dentsu, Tokyo. The other 64 agencies are each represented by a single campaign. How much more diverse can you get?

As for Film, again, the field is a very wide one indeed, with a total of 60 campaigns showcased in this issue. Leading the pack is the Parisian agency Rosapark with four films, each for a different client, followed by McCann, London with three campaigns and, tying for third place, seven agencies that each landed two.

The Digital section follows different rules since we always invite an expert to curate the work shown here. For 4-19, our judge was Darre van Dijk, CCO of TBWA\NEBOKO Amsterdam, who selected 14 digital works – hailing from the exact same number of different agencies – he considered noteworthy. The interview with him is headlined: “Since Digital, more rubbish has been thrown at us”.

For the main interview in Vol. 4-19, we spoke to a creative whose work at several top London agencies I have been admiring for a long, long time. His name is Adrian Rossi and he has been Chief Creative Chairman at Grey, London since the start of this year. It’s titled “If anyone has heroes from advertising, they are aiming too low”.

I feel pretty convinced you will find lots of inspiration in the pages of the/our latest issue – plus lots of work, I rather fancy, you’d be proud to have been involved in yourselves. 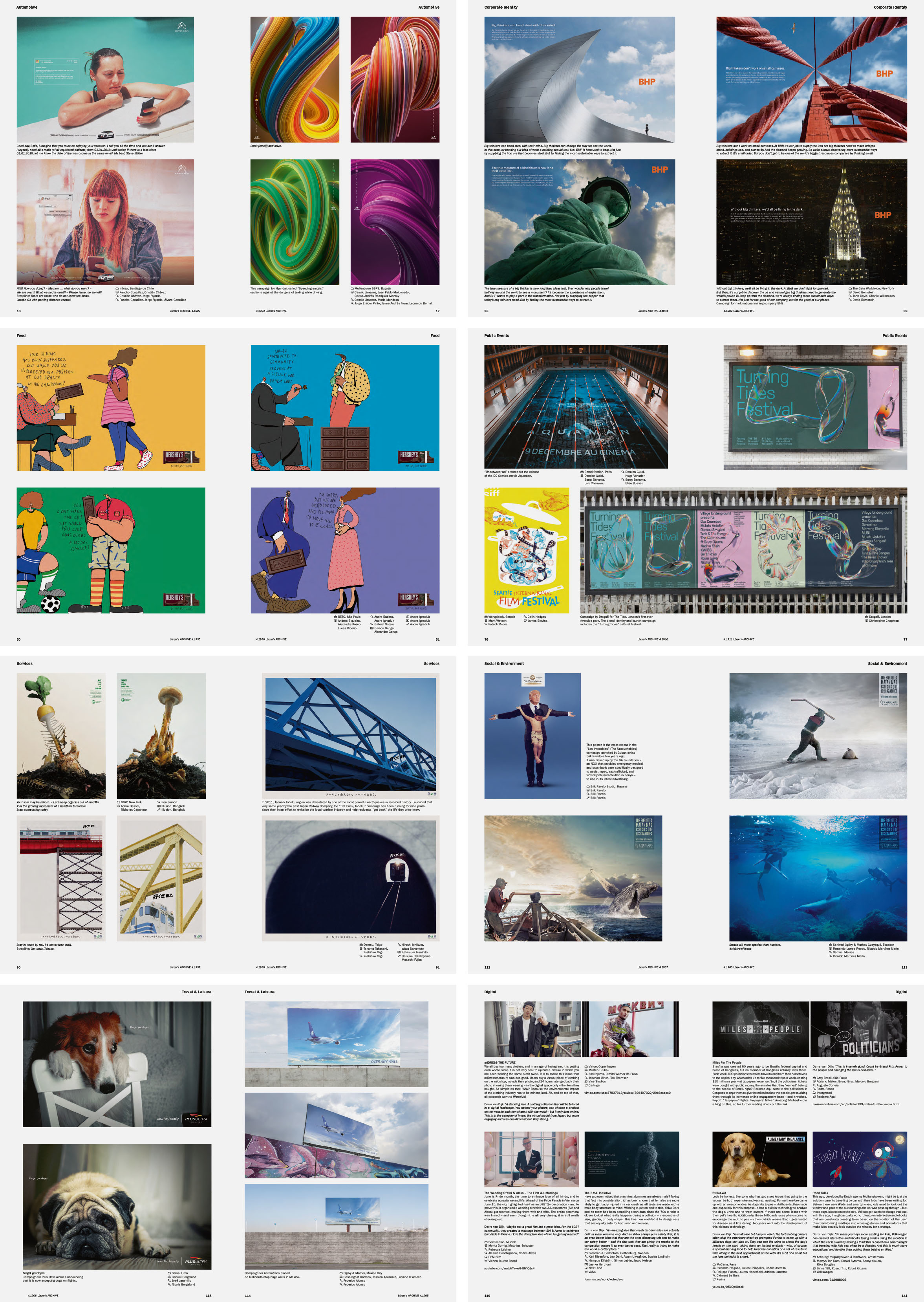 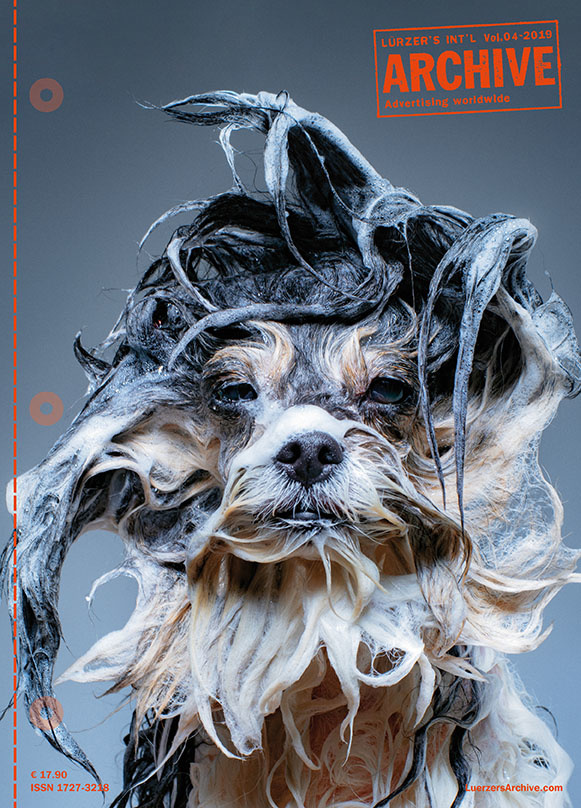 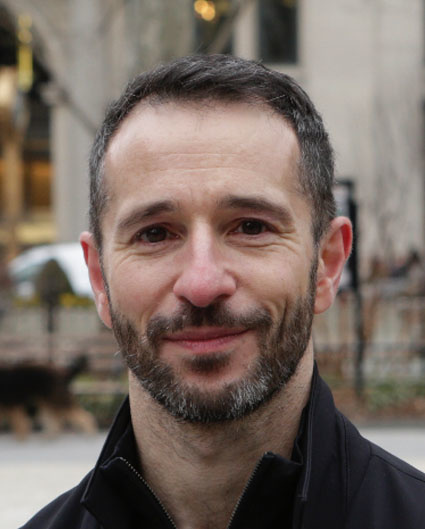 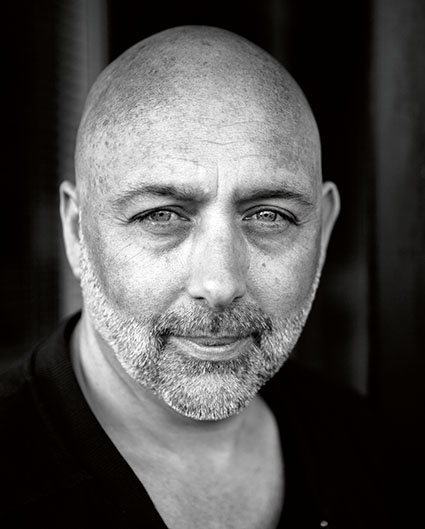