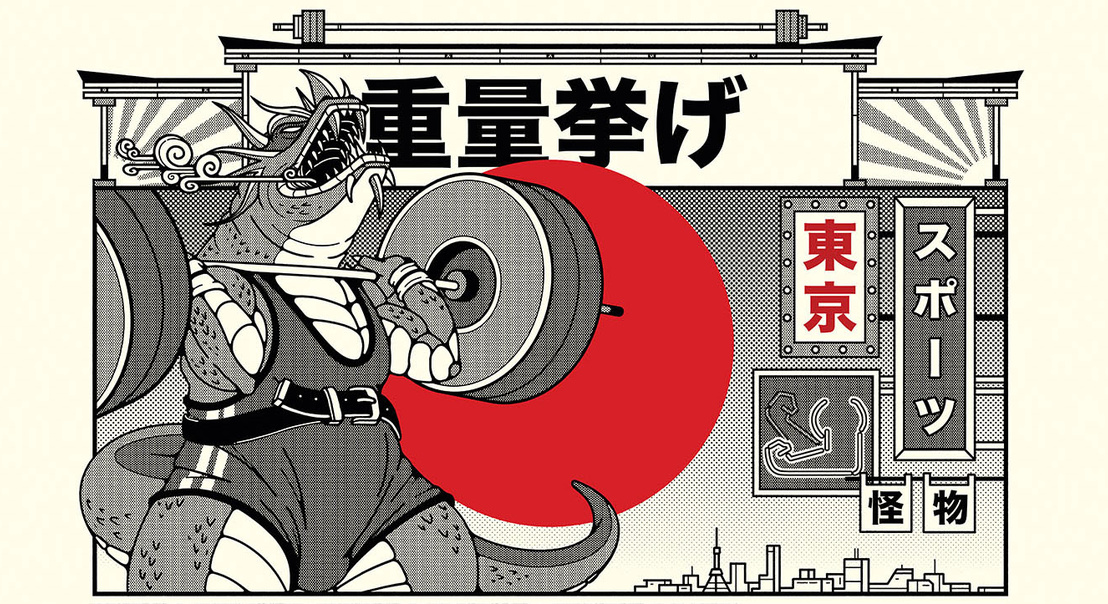 Here's to our next cover! 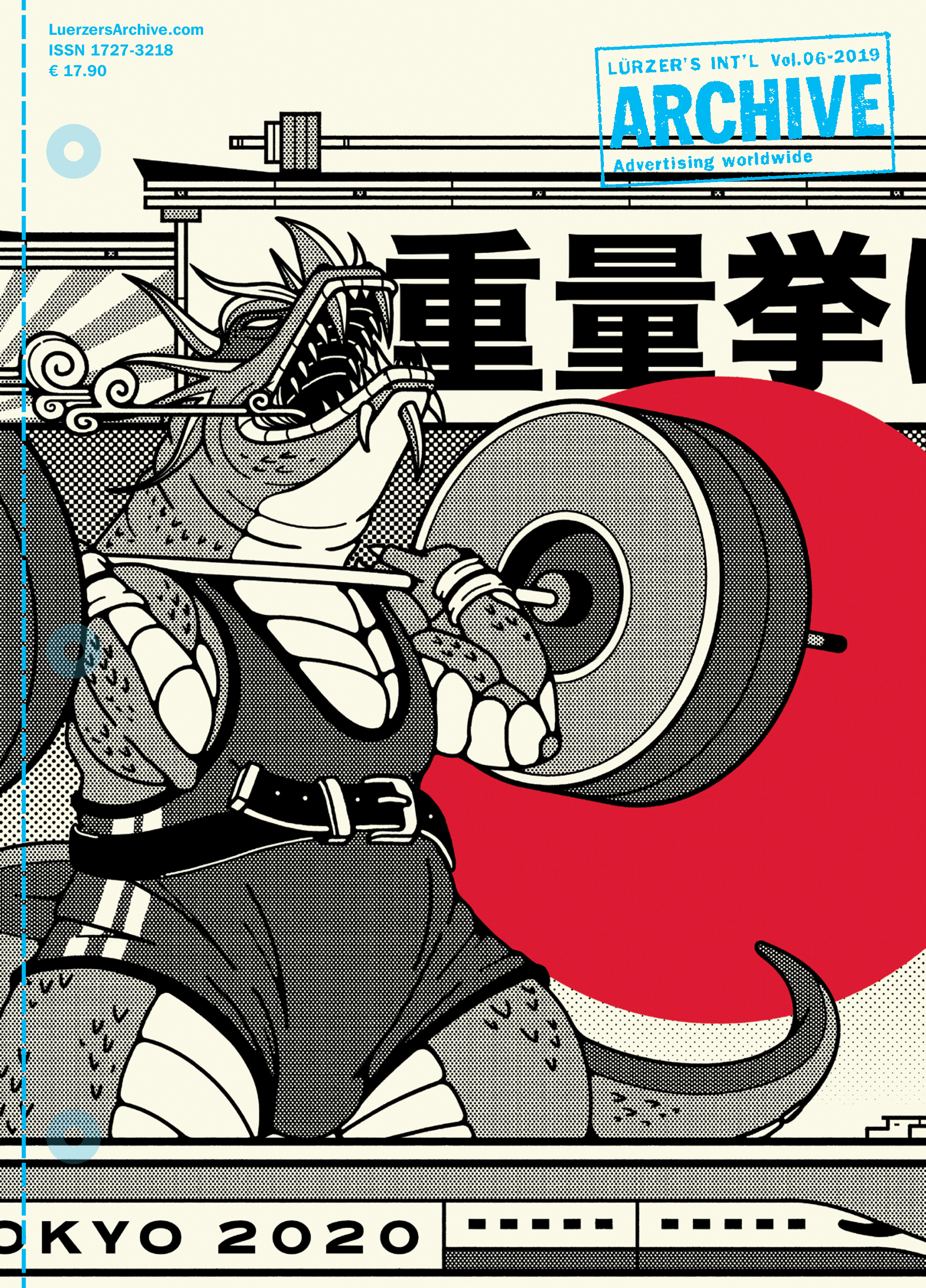 Based on your votes on the cover options for the final issue of Lürzer's Archive, as well as on our Vienna office's own deliberations, we have decided to "award" the cover spot to an ad from Artplan, Sao Paulo's campaign advertising the live airing of next year's Olympic Games in Tokyo on the BandSports TV channel. Asked about the campaign, Rafael Zoehler, the copywriter, told me:

"This campaign was created to launch BandSports as an official Tokyo Olympic Games broadcaster. So, the first thing we wanted was to cause impact and deliver this information. Then comes the idea. Japan is the land of monsters. And during the Tokyo Olympic Games of 2020, the population of such creatures will increase in that region. Because, if you can spike a ball at 130km/h or lift over 200kg over your head, you are a monster yourself. Every Olympic athlete is a monster. And all of them will be live 24/7 at BandSports. For the visual execution we wanted to use all the richness of the Japanese culture. The illustration follows the manga comics style and all the little details are references to Japan or to sport. In the center of everything, are our monsters: Tokusatsu style giant robot, Oni samurai and our own version of Godzilla." 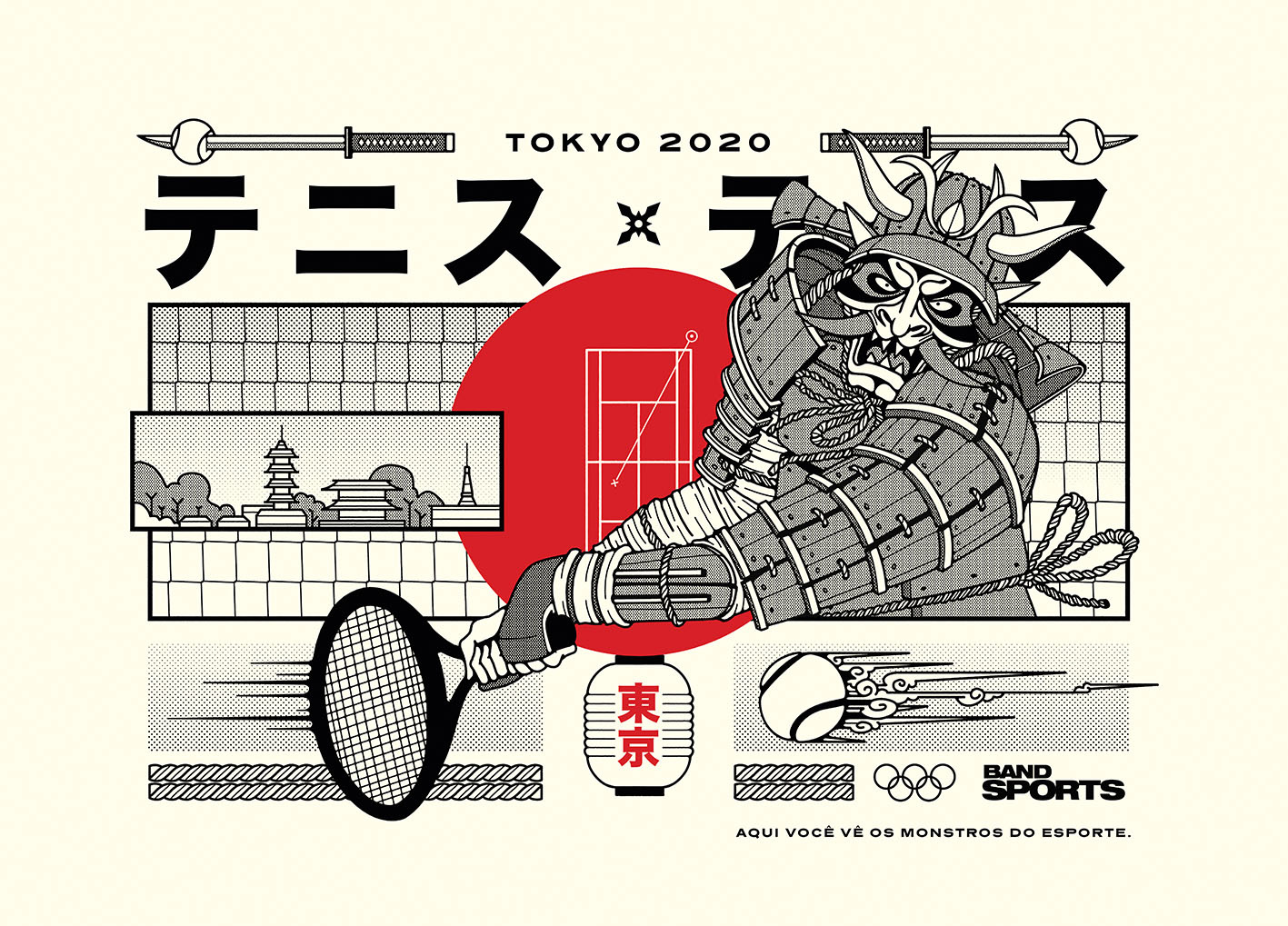 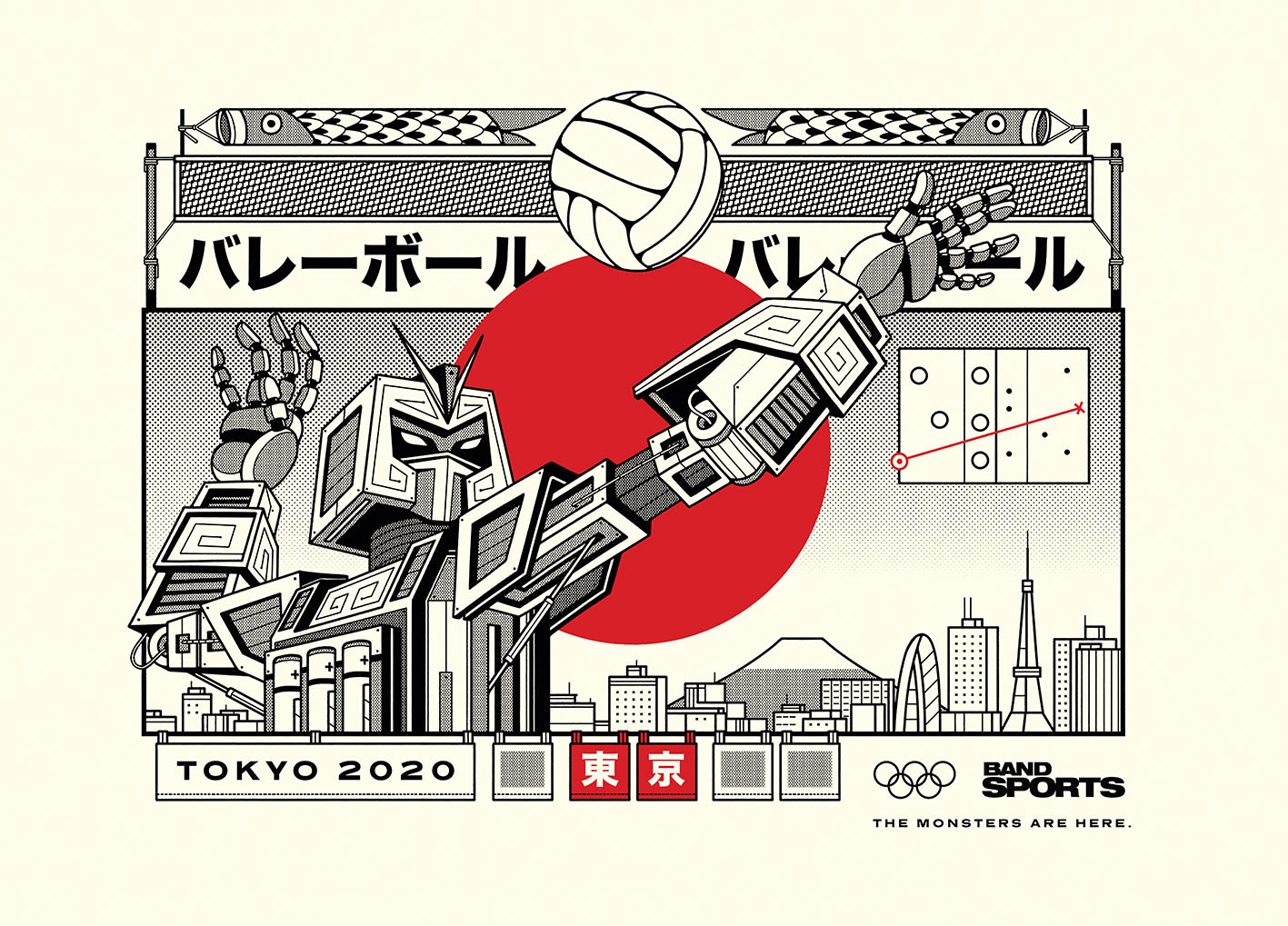 And, on the agency, Rafael had this to report: "Artplan has completed 52 years in 2019. With around 40 clients – Electrolux, L’Oreal, Oi (telecommunications), Rock in Rio (in fact it is us who created the Rock in Rio festival), Hotels.com, Óticas Carol (Luxxotica Group), Paramount Pictures and others – the agency has 3 offices: in São Paulo, Rio de Janeiro and Brasília. In 2018, it leaped from the 10th position to the 6th in the media investment ranking. We are the largest agency with 100% national capital in Brazil."

Vol. 6-2019 will be out by mid-December, featuring an interview with Kate Stanners, Chief Creative Officer at Saatchi & Saatchi London, as well as with the curator of this issue's Digital content, Matei Curtasu of the Infinit agency in Bucharest, the largest independent digital agency in Romania. 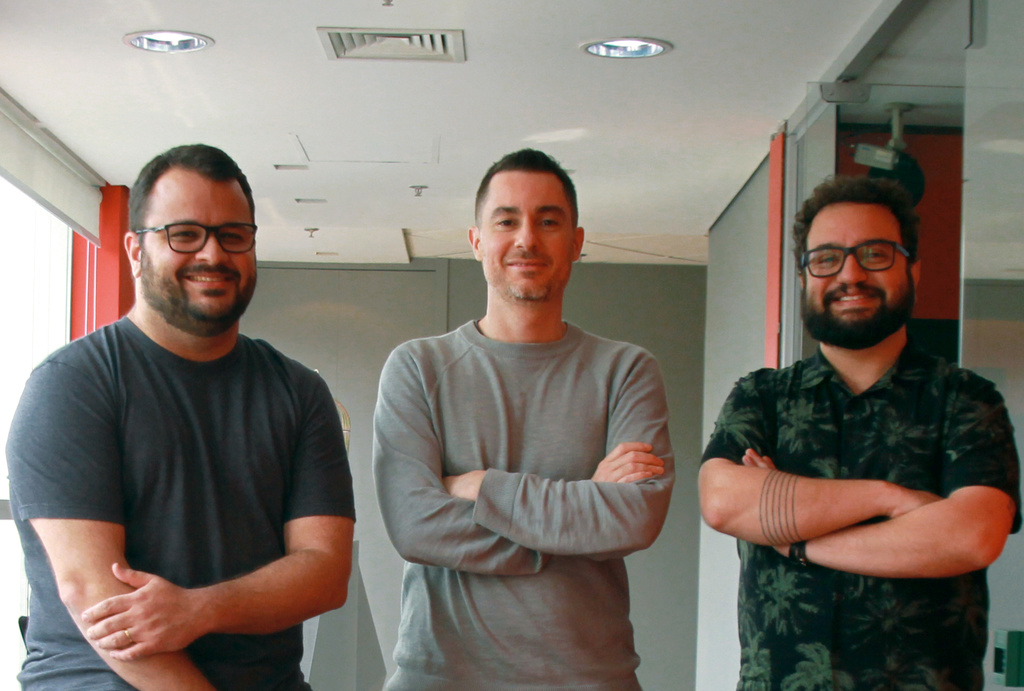 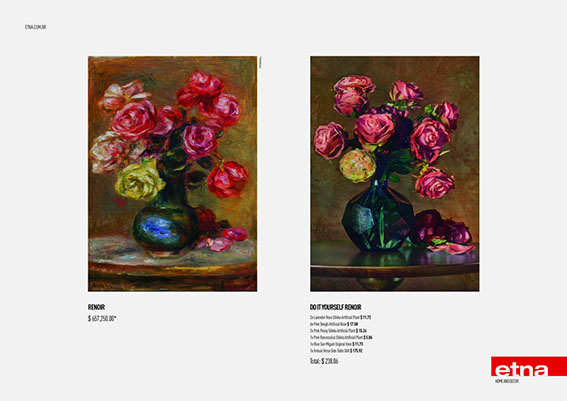 More work by Artplan featured in previous issues of Lürzer's Archive.The first is a “Do It Yourself” campaign for home furnishings retailer Etna, featuring famous Impressionist paintings redone using items from the company’s product range. 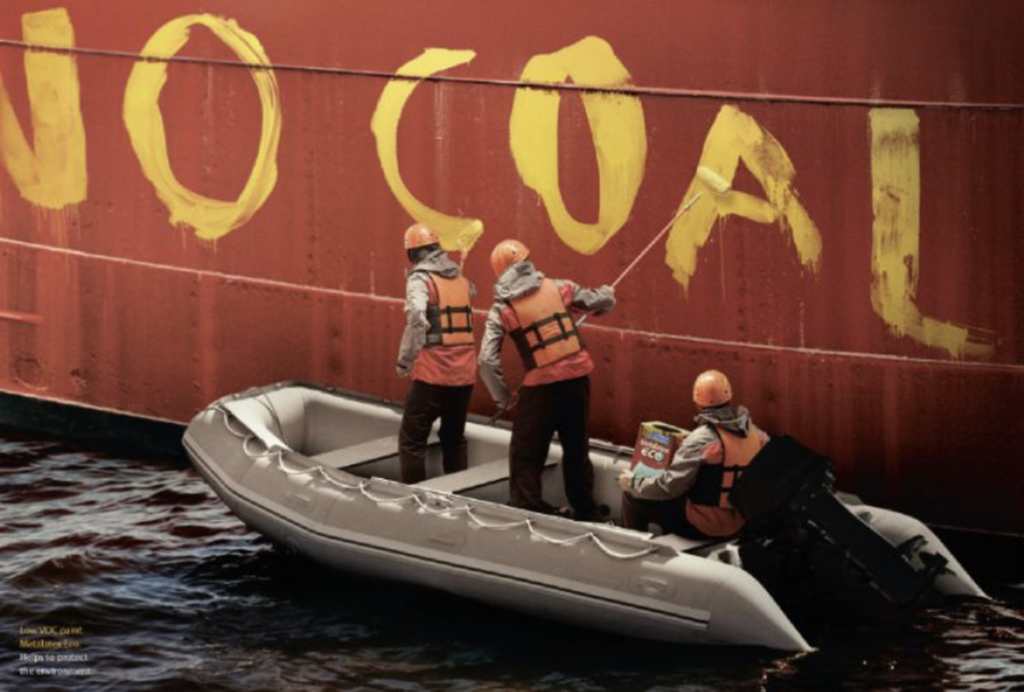 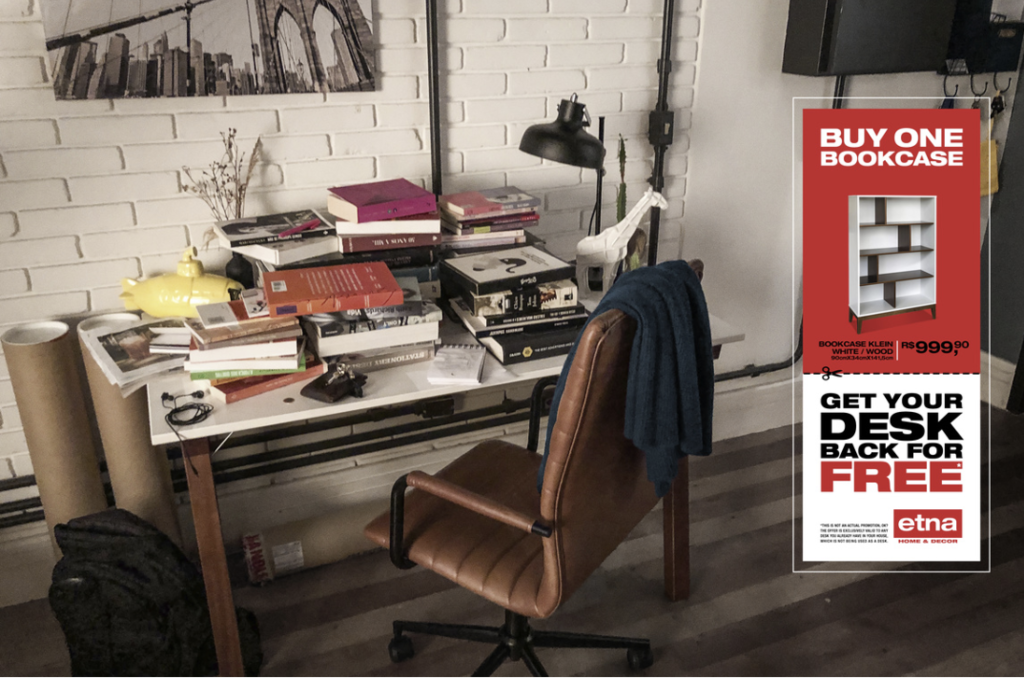 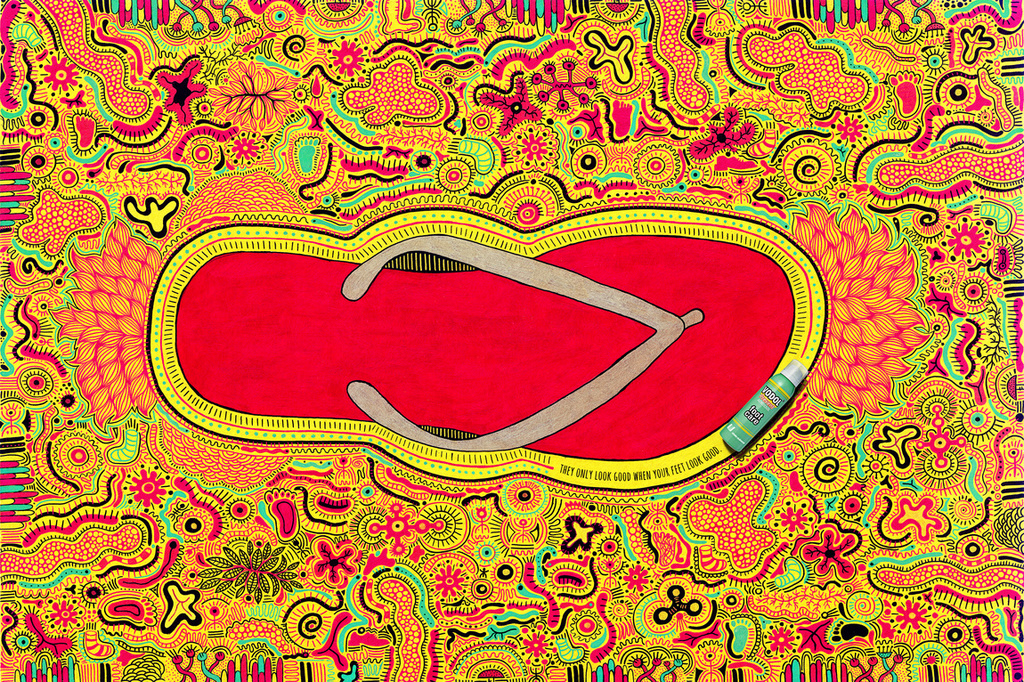 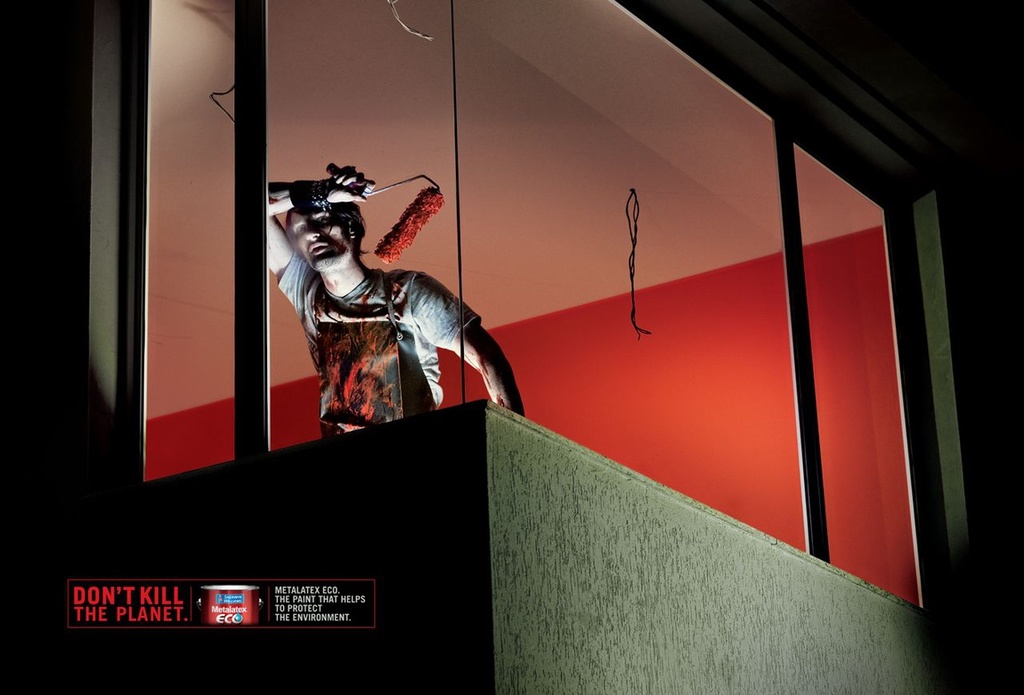 (Metalatex Eco. The paint that helps to protect the environment.) Campaign for eco-friendly paints from Sherwin Williams. Featured in Vol. 1-2010 of Archive magazine. 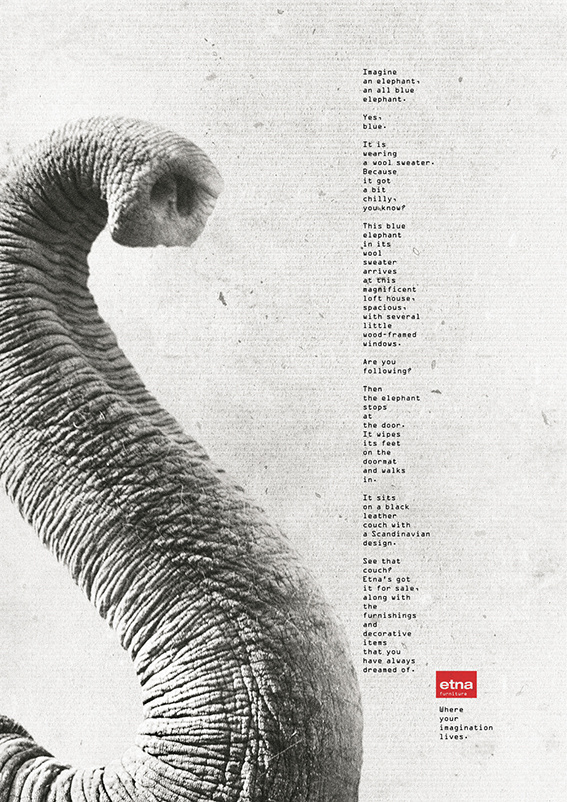 From another campaign for Brazilian home furnishings retailer Etna. It was showcased in Vol. 6-2018 and features surrealistic stories that play on the consumer’s imagination, each time culminating in a link to a particular item from the Etna range. CDs: Marcelo Fedrizzi, Zico Farina AD: Bruno Salgueiro CW: Marcos Abrucio Digital Art: Origo Lab