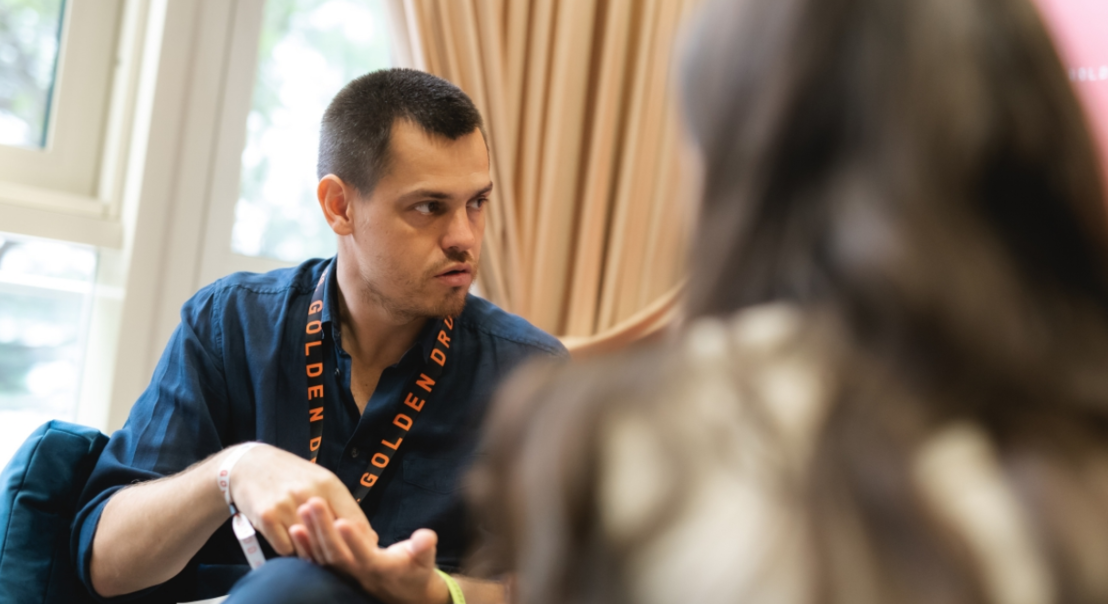 Our voice is heard and this is crucial.

Today I'm again yielding my Editor's Blog to my Romanian colleague Cora Bundur who, during her time at the Golden Drum Festival a month ago, conducted a series of interview with various creatives. First up is fellow Romanian Cătălin Rusu Co-founder, Chief Creative Partner and Chief Executive Officer at Rusu+Bortun, a Brand & Cyber Growers agency that opened its doors in 2008 in Bucharest. According to Cora, Cătălin Rusu is a creative at heart, but thinks like an entrepreneur and cannot settle on doing one thing only. He also founded a theater, Apollo111, in the heart of Bucharest, while he was member of the Art Director's Club Romania which he joined in 2014.

You`ve been working in advertising for almost 20 years now. How did your story start and how has it developed since?

My father is a geographer so, when it came to deciding for a career, I chose one that I could have for a long time. I promised myself I would do advertising until retirement. All I have done along the way has been trying to keep it interesting, keep the flame of passion alive. To achieve this, I have not gone down the usual path, but I decided to pursue branding combined with art direction. As a Creative Director, I’ve always been more inclined towards visual than copy, as this was something I am good at and wanted to explore it further. Since the agency I open, Rusu+Bortun, has shifted more and more in order to include digital, this new area has been a huge focus for myself. This is a big priority right now and it’s something everybody should be doing in our business: reinvent themselves and learn constantly, regardless of your already acquired knowledge. Otherwise, you become an oldie from the 80’s which people appreciate as entertainment, but as an individual you’re no longer very interesting. Being able to feel many tensions among people in our society and the experiences they go through, sometimes it’s quite easy to feel more like a therapist than anything. But this has to feed one’s soul as well. You cannot be a fashion editor, for example, and never wear a dress. It doesn’t work like this.

What are the biggest changes advertising has gone through since you started working in the industry?

There are several changes advertising has gone through. Now, it’s very present in every moment of our lives, that it feels it does not have such a big impact anymore. Being a creative individual used to be part of a very rigorous setting compared to now, when you have so much more freedom, different perspectives and problem solving approaches. I’m not saying we’re necessarily changing the world, but we’re definitely playing a big part in pointing in the right direction/ leading the way. Our voice is heard and this is crucial. Nowadays our job is tangled with both technology and journalism, so everything in terms of information moves so much faster than before. This is why, in most cases, creative meetings feel more like news rooms where you have to be aware of everything that has happened and decide how to react. It’s a constant learning process.

I feel Social Media has definitely changed the game, especially after the recession, when more and more creative people have developed side businesses. The worrying part is that these businesses more than often lack creativity and can be quite boring. Maybe if you have to be creative at work, it can be quite draining and you can’t do it at home as well. Usually the owners of a business are the creative directors within it, but slowly this will start to change and the creative staff will start to use business tools to have a direct impact on the business, rather than having to focus solely on case studies. What is really interesting as well is noticing this transition and understanding this creative scale within advertising. I feel there will be a venture regarding this start-up culture, so I feel this is a really exciting time to be alive. It means we will have many years of doing interesting things in the future and  be even more focused on interesting facts and on proving them, rather than focus on simple topics. This industry used to be very numbers led, as many others, but now it’s starting to have a more creative approach, which is a positive thing.

How do you perceive the evolution of briefs? How much of an impact do you feel an agency can actually have on a campaign, considering it’s broader perspective and the ability of perceiving things on a larger scale?

I think the relationship between an agency and a client has definitely changed. There was an interesting aspect a publisher mentioned at some point which stated that once upon a time, between a journalist, a client and an agency representative, one would definitely have to lose. Nowadays, all 3 can be winners.

Clients have had a shift in their approach and in certain situations you want to have a say in the process, if you can back up your arguments in front of the decision makers. For a long time, creatives have tried to avoid this aspect, knowing there were strategists or marketeers to be in charge of this, but things have started to change. 15 years ago, Fred & Farid, one of the most successful duos was composed of an account and a strategist. Back then, it was quite shocking, but now it’s a normal thing. It’s vital to understand other people’s duties, maybe not 100%, but at least 5% in order to be able to speak up for ourselves and have a point of view. In business, the marketeers are the creative individuals that can accomodate and curate creative ideas from advertising, but it would be even better to notice a stronger fusion, applying even more from a domain to the other. This is actually one of the first tools you learn when you get into a creative process: that you are able to sell a car as selling a lipstick.

Regarding this year’s theme of Golden Drum, Creativity 4 change, where do you position yourself regarding climate change? How do you feel advertising can have an impact on such a discussed topic?

I agree with what Slavoj Žižek said, since it’s a statement so well put even for this topic: “If religion would not exist, good people would be good, and bad people would be bad. And because of religion, good people become bad, do bad things, and bad people do good things.” I think this applies to climate change as well, it has become a new religion.

It would make me really happy to know that there’s less plastic in the world, but I don’t think people should be accused too much for the things they do due to a political agenda. People should be educated, rather than pointed at. Laws should be more strict in order to prevent this, pretty much like in traffic. There needs to be a behavioural shift. I think it’s admirable and healthy what Greta Thunberg is doing, but it’s a topic that sometimes goes over the top just because it creates advantages. We also need to judge with our own heads and keep this freedom of thinking.

There will be many briefs to follow regarding this is in the years to come, and it’s important to do them as best as we can, without going crazy about it. We should change our behaviour rationally and make sure that they don’t remain just speeches. We need a slow, but sure shift and this is our role as advertisers: making it enjoyable rather than perceive it as a burden. I agree with Zizek when he said that “You don`t hate Mondays. You hate capitalism."

You previously mentioned changes in behaviour and how we could get closer to customers. How can we take advantage of technology to shorten this process? Is technology a tool we can use to shift behavioural and perceptual changes?

I appreciate we are no longer in the early stages when it comes to technology, meaning that at some point we were obsessed with inventing all the applications in the world. Now it’s more a matter of perfecting them. And between creating something or using something that already exists, I think it’s better to recycle, to REinvent.

The digital evolution has been crucial in our industry. It’s an amazing opportunity that some from my generation have lost. You can’t complain about a tool, you need to understand the platform and what you can do with it. What should be discussed more is digital ethics: how exactly to use these tools. We`ve worked on educational start-up content that in the end became a platform, and that gave us more opportunities. What P.G. Pereira said should be tried, which was that being a creative individual means thinking like a marketeer, acting like an entertainer and moving like a tech entrepreneur. For example, we’ve created a campaign made out of the opinions of regular customers for Apollo 111, a central bar and theater in Bucharest. These opinions and messages have become memes and all we had to do was add some hashtags. We thought it would be more interesting to share that type of content rather than create it.

This applies to technology as well. Until an old man has a smartphone and a young man a book, you’ve achieved nothing. Technology should be used at its full potential, but now it’s used on a very shallow need of trends, like Instagram.

You mentioned there is a negative perception towards advertising and some people think it’s unnecessary. Do you feel this is still the case?

I feel it’s happening less often, and this usually excludes international clients that are aware of the results. I’m speaking more in terms of a mass perception, people who think it’s better to delete a negative comment off Facebook than reply to it. It’s important for uneducated clients to receive results in order for them to understand why these services are necessary. If you show them a case study, they will see the benefit of it, feel more attracted to the idea and want it as well.

It has a lot to do with social media and branding, it’s a lot of acting and conversation. You not only have to find topics of discussion, you have to do things that generate them. For example, when we launched Mega Mall*, instead of 15 minutes of media relations, we painted the balls that separate the parking from a central market in Bucharest. The response was huge while we basically did almost nothing! Things have more impact when they travel and this organic reach is more valuable than a paid one. Any business man understands the impact of Google Adwords, but he also needs to understand the impact of content. It’s a big step once you get this right. When it comes to this, agencies are stronger than an in-house employee. However, we also have less power than an in-house employee when it comes to other areas. This is why it’s important to have this division. In this business, no one wants to have the entire piece anymore, a slice is all we need to be grateful. 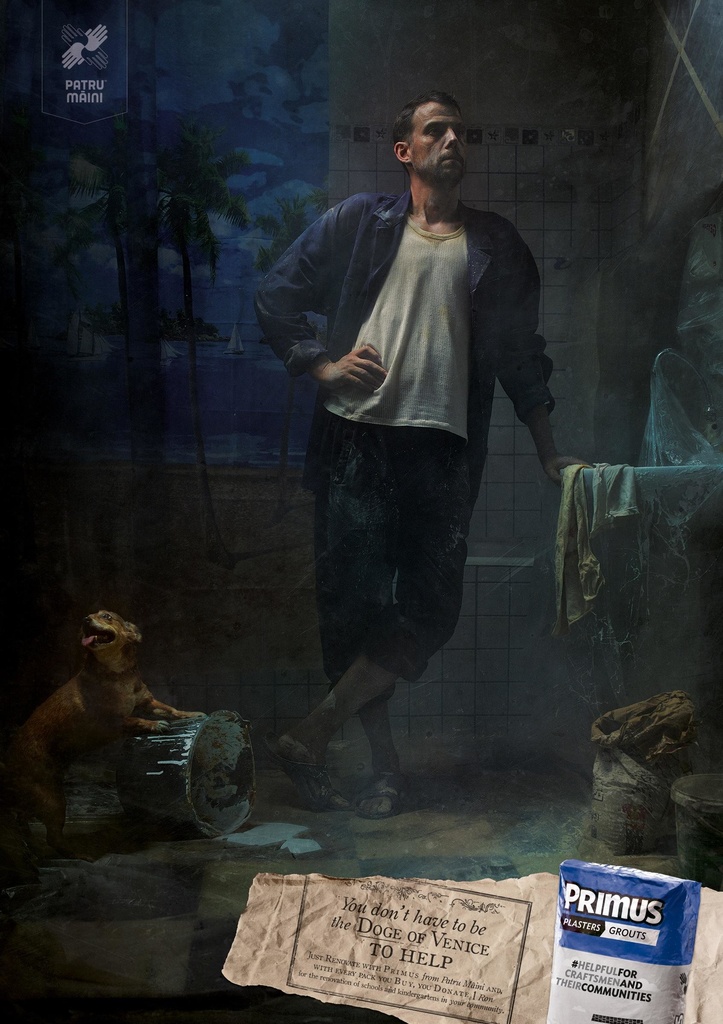 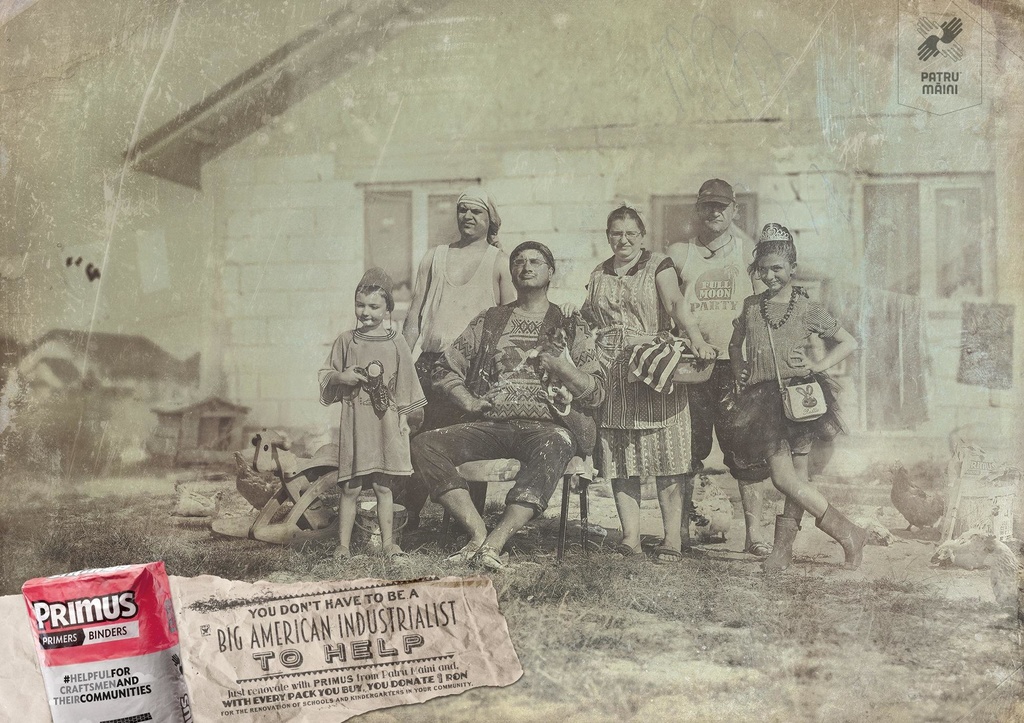 Primus is a brand of construction materials which created a community for craftsmen, Patru Mâini, which means "Four Hands" - something any craftman could definitely use 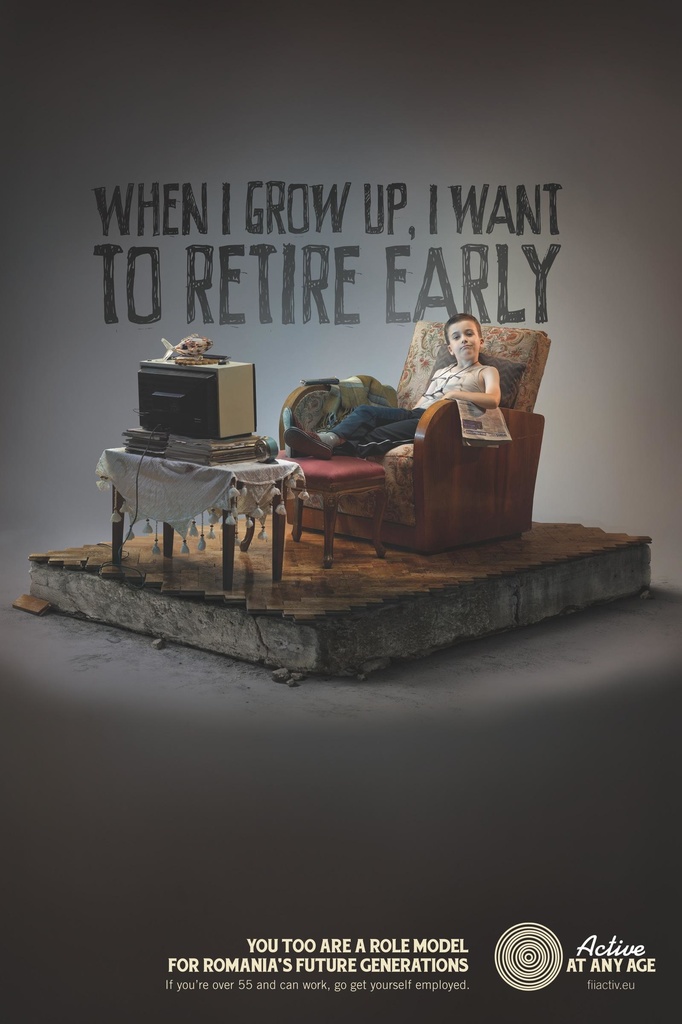 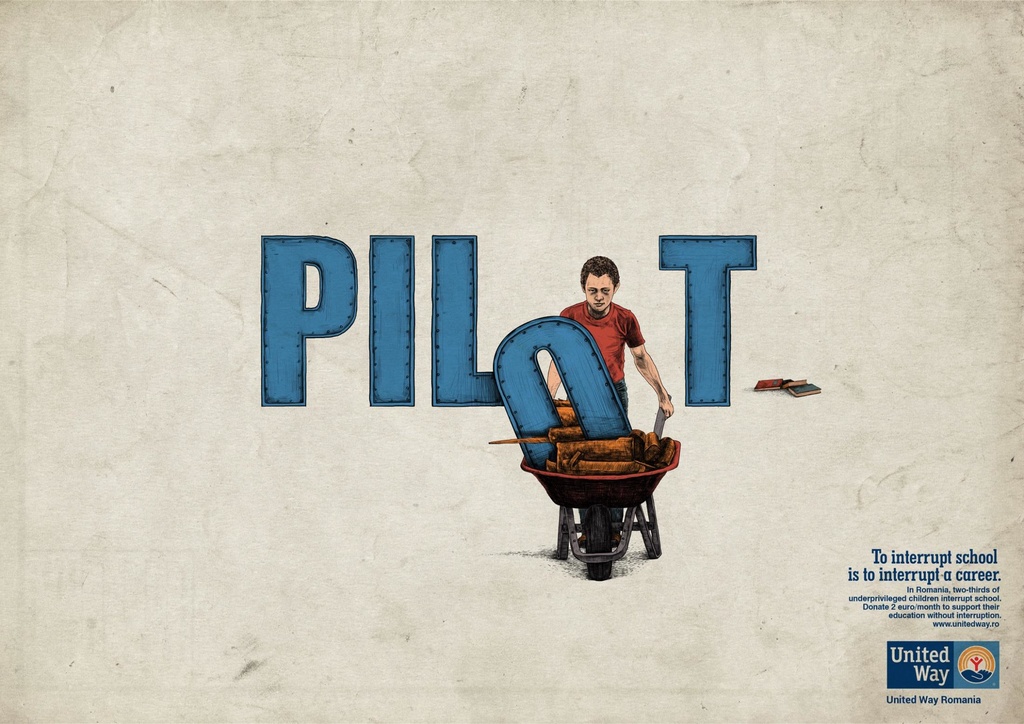 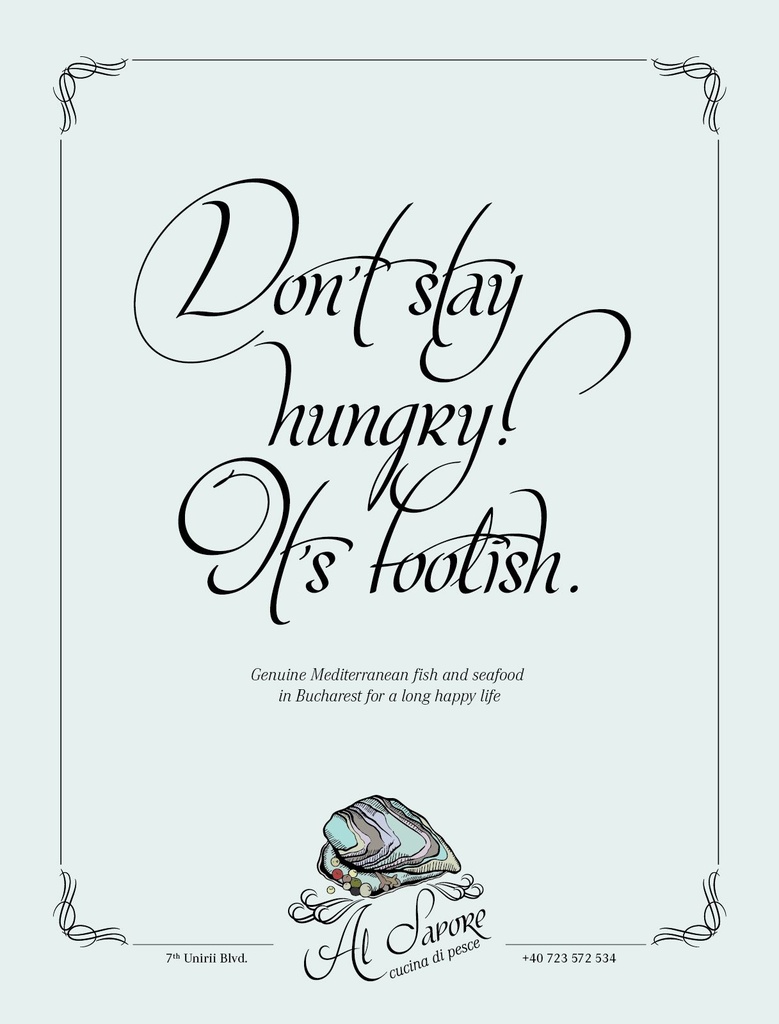 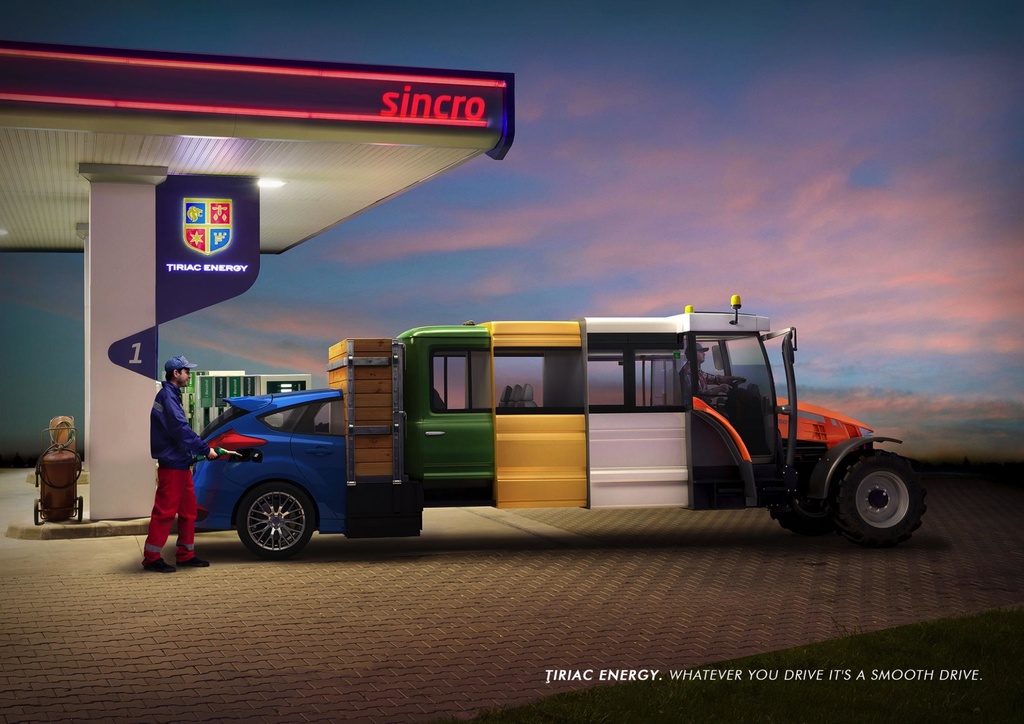 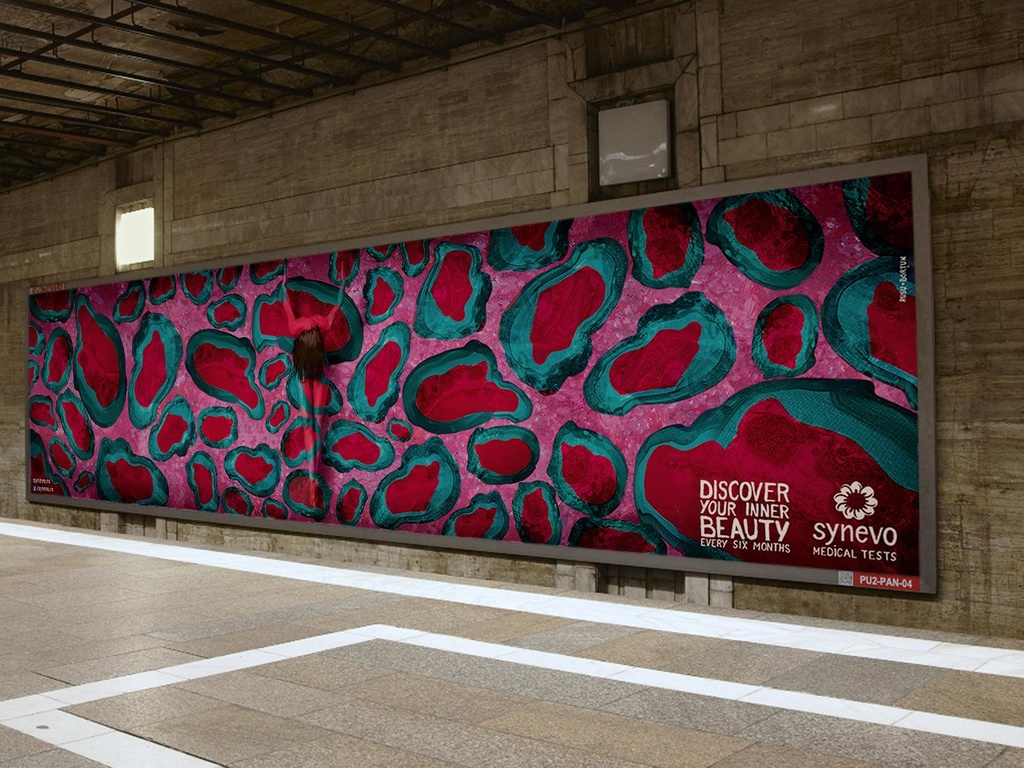 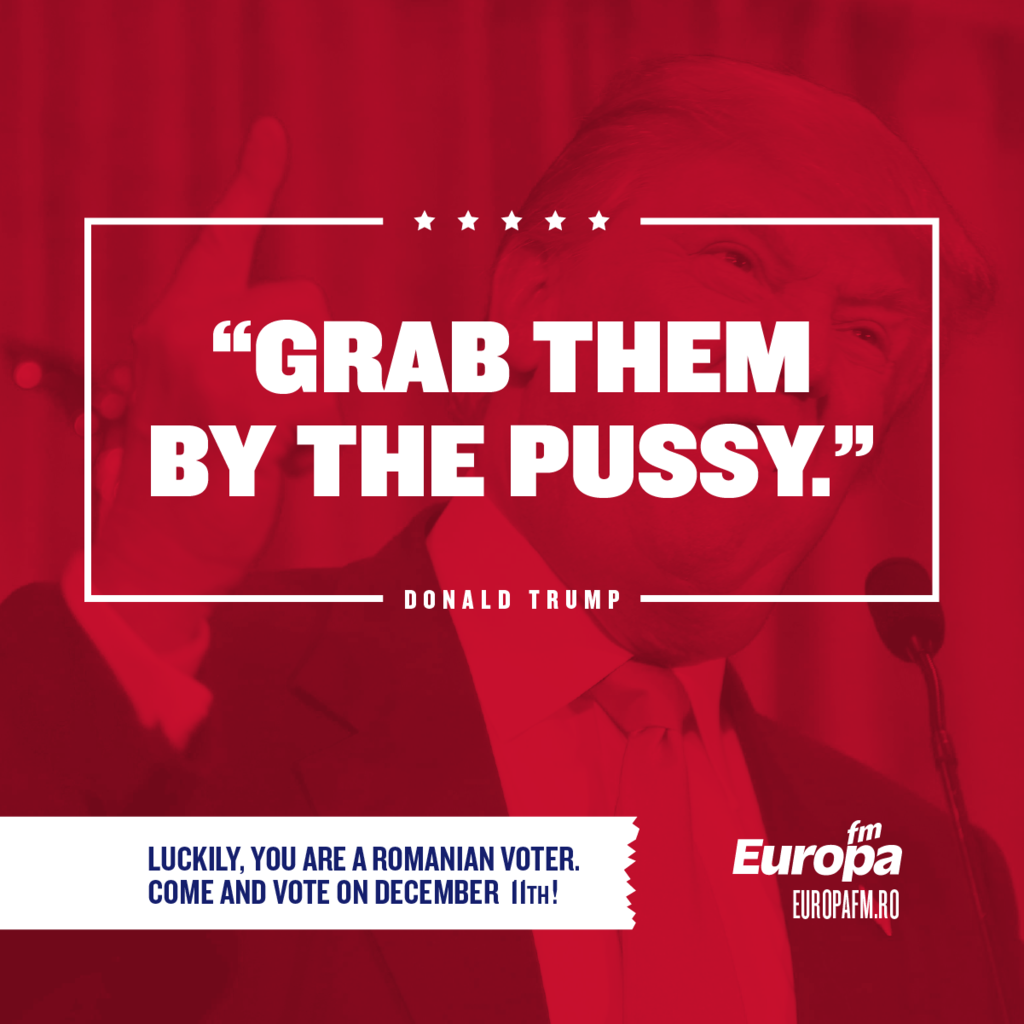