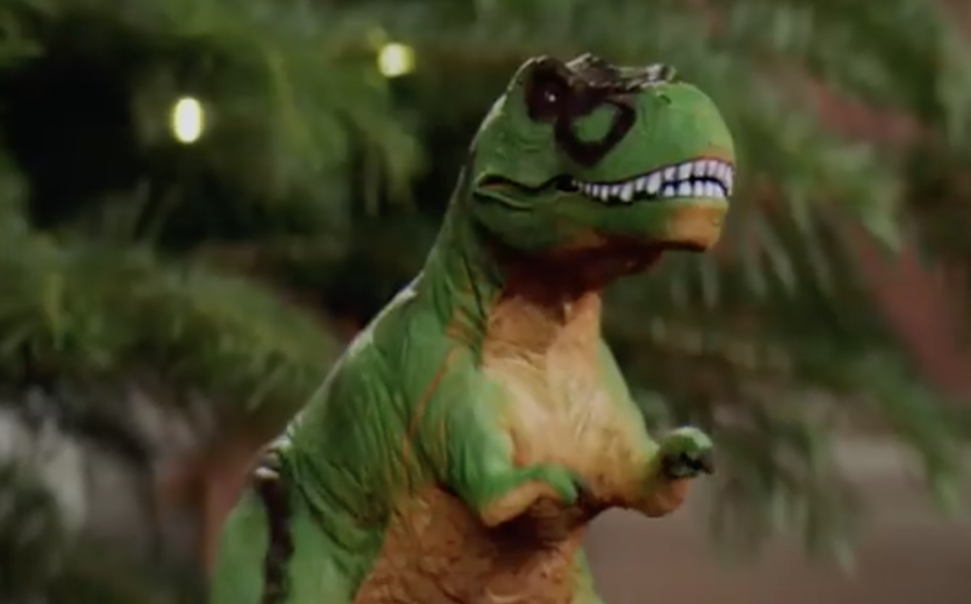 It's time once more for our annual and decidedly subjective round-up of the year's Christmas commercials. As usual, I was just going to mention those that we at Archive thought were special in any way. Which it turned out is a big problem this year. There are of course the mega-bucks productions which always prove especially popular in the UK as well as in the US and Germany, but on the whole, as our UK contact Kate Brown has told me, the adland's overall reaction to this year's Christmas fair has been decidedly "meh"! That even goes for such heavy hitters as John Lewis and is possibly a result of an advertiser like Harvey Nichols missing in action (on TV at least). There is nothing to be found that even comes close to the latter's "I spent it all on myself" campaign by adam&eve DDB, that received such a lot of praise in the 2013's festive season but also triumphed at Cannes six months later. No such chance (except perhaps in any of the craft categories) for the commercials that we were offered this year.

Anyway, not all of them were tedious and formulaic as all that and here are a few that made us sit up and take notice: I quite liked Ikea's first Christmas spot ever by Mother, London, which only acknowledges that it's Christmas time by featuring a Christmas tree in the lefthand corner of the frame.

The second Christmas-themed commercial I found quite engaging was the "Holiday: The Surprise" one for the Apple iPad, created by TBWA\Media Arts Lab, Los Angeles and directed by Mark Molloy. Production Company: Smuggler.

The synopsis for this spot reads like this: "In a series of frantic attempts to appease their two hyperactive and frequently bickering daughters, an overwhelmed mom and dad hand over an iPad to the girls hoping it'll keep them entertained while visiting their grandpa. However, when the girls dig up some old VHS tapes of their grandfather with their now-passed grandmother, they decide to craft a meaningful Christmas present with the device instead. On Christmas morning, after curating old videos and making sure to snap some new photos, they are finally able to gift their iPad-enabled project -- a digital video and photo album, reminding their grandpa that although Nana might no longer be here, the family is still together."

Third on my list is "The Book of Dreams" for Argos – at least in its short version. Argos is a British catalog retailer operating in the United Kingdom and Ireland, and a subsidiary of Sainsbury's. The extended one does go on for too long, spoiling and diluting (for me that is) the fun of the original idea.

John Lewis's much-awaited "Excitable Edgar" in which a small dragon keeps spoiling festivities for a village – burning down the tree, melting a snowman – until a girl harnesses his fiery talent by getting him to light the Christmas pudding). Somehow this year's offering by John Lewis failed to garner quite as much enthusiasm as previous Christmas efforts from the retailer and also received some claims of plagiarism.

The surprise hit of the season must have been a viral spot for Hafod Hardware Store that allegedly cost just £100 to produce. (That money was spent on recording a cover of Alphaville's 80s hit "Forever Young"). It received more than a million online views and probably the most attention from the press this year. The store itself, located in the Welsh town of Rhayader, has been open since 1895 and been passed down the generations. The owner's  cute two-year-old son, Arthur, stars and is shown going to work in the store, wrapping gifts for customers and doing general chores.