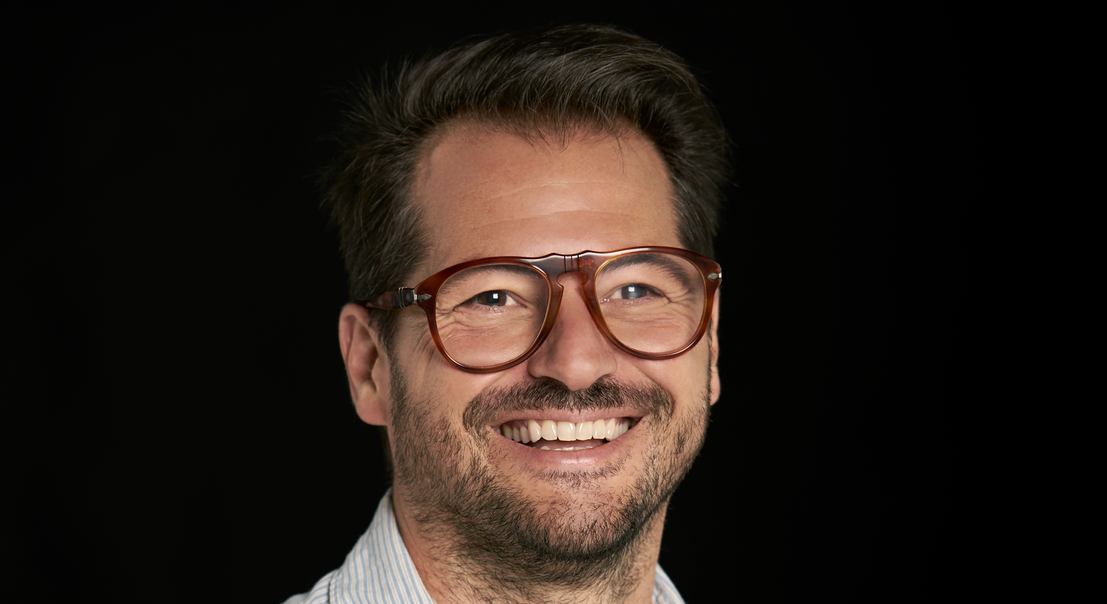 Who's Who: Julien Sanson

Born and raised in Paris, Julien says he’s a typical Parisian guy – proud, grumpy and arrogant (not true… except maybe proud)!  After studying cinema in Paris, Julien started working in feature films with Luc Besson’s production team  ( “Joan of Arc”, “Taxi 2” and “Taxi 3”, “The Transporter”, “Michel Vaillant.”.. ), working his way up through all the steps in production and specializing in foreign/action/stunt shootings. In 2003, Julien decided to enter the world of advertising as a line producer, as well as a 1st AD and has worked with many of the most renown French advertising production companies since. This double task in the field naturally led him to became an Executive Producer at Moonwalk Films; and, today, the Head of Ogilvy Paris’ in-house production company, H&O.

What did you want to be when you grow up?

How did you discover that you were creative?

When I re-painted my bedroom and all its furniture in navy blue on a Wednesday afternoon and my parents congratulated me on that. I was eleven.

Why the move from the film/cinema production industry to ad agency production?

Increasingly, I’m drawn to producing/crafting various formats of content. I feel that the ad industry is already acting on this mindset to craft and produce a wide array of different content formats in its ambition to engage and to stand-out in its consumer’s life.

At Ogilvy Paris, you are head of the agency’s in-house production company, H&O.

H&O production company is a great playground for a producer as I can toy around with a lot of tools (sound, print, post-production …) and control the full production chain with our in-house facilities.

I’m in sync with MatthieuElkaim, Chief Creative Officer, at Ogilvy Paris. I met him on a Tropicana shoot back in my independent years at Moonwalk Films. We shared the same vision and were both questioning the lack of producer expertise in ad agencies. In fact, it was actually Matthieu who made me realize the potential benefit that my diverse production experience and expertise could bring to the agency world.

As head of H&O production, what 's your job description?

it’s my job to scout new talents that have diverse expertise to bring to the creative team’s initial ideas—in terms of how the idea comes to life.  To really know the top talent out there, I need to stay on-top-of trends happening in both French and International production companies. I also manage the relationships with the agency’s external production partners. As I have been a freelance unit manager, line producer and independent producer for the last 18 years, I’ve gotten to know--almost personally-- the producers and directors of the French market and quiet a lot of International ones as well. This has allowed me to have a close relationship with them based on trust and benevolence.

And, as a pure producer, depending upon the project and the ambitions that we define with the creative teams, I get to produce fully, in-house, any kind of content for the agency.

What are the qualities in the talent that you’ll look to recruit and why?

I’m looking for talent who’s experienced in the field and diverse in expertise in order to bring about a triple threat – in terms of added value.  In French, we may refer to this triple threat talent as ‘le mouton à 5pattes’.  We are crafters and makers. We accumulate more shooting days than anyone else in the building. That’s what we do, at a basic level. But, today, a producer and agency must be open to other media and know how to work with all possible variables; for example: a hacker video game platformer, who has expertise in product design, digital, social media live content, music videos, VR, concerts, live shows, produce a documentary series,etc…, as well as the ability to master a classic TV campaign.

In your opinion, what’s the next big thing in ad production and why?

Story telling in vertical format and in less than :10 seconds! Crafting and producing snackable but creative content are a challenge and I think there is a next wave of talent that will really know how to achieve this way of telling stories. I’m on the watch for this!

What’s your most memorable experience in production?

Ahhhh, many come to mind, mostly from my feature film years. Shooting Luc Besson’s feature film, Joan of Arc, for nearly 1 year all over Europe. Being on a set with a crew of over 150 technicians and 5000 extras dressed as warriors to recreate the battle of Orleans was pretty amazing. Shooting live during the race of the 24h of Le Mans and then recreating it for Michel Vaillant by Louis Pascal Couvelaire on the original racetrack with over 50 race cars, stuntmen and racing pilots was also quite an experience.  And, there’s actually a lot more that come to mind but I’ll stop there!

Can we see a few productions you’ve been involved in?

As an in-house producer, I’d show you Ubisoft or  Mercedes and as TV producer this .  There’s also Ubisoft and RedBull recreating a video game sequence in real life that was fun https://m.youtube.com/watch?v=FHkqmIZCNgU

Also these two jobs when I was line producer and 1st AD: