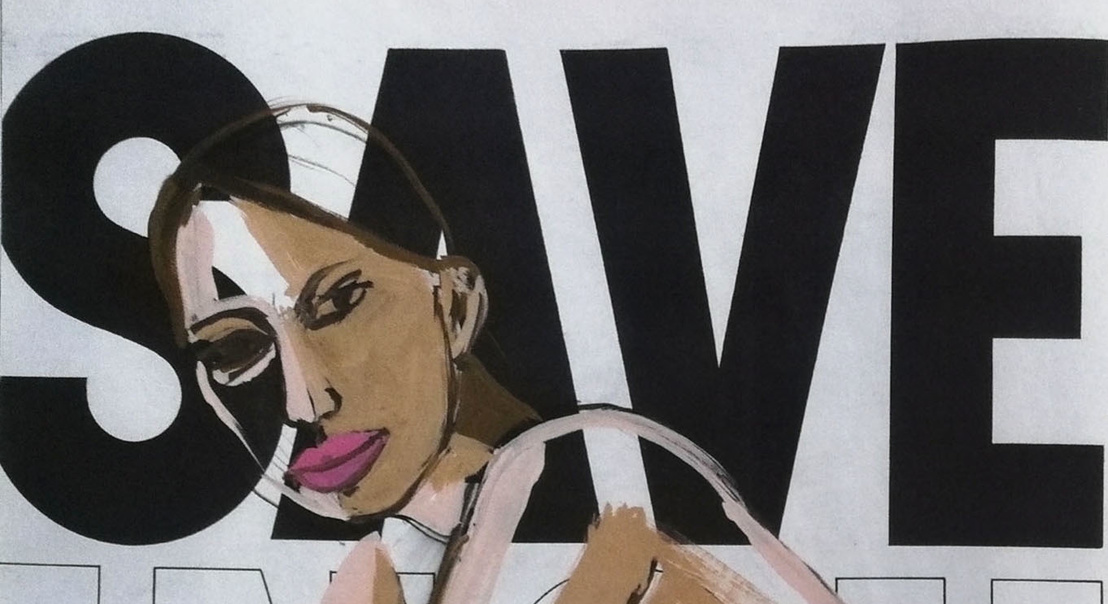 The more fashion-conscious among you may have already seen that the January issue of Italian Vogue has been fully illustrated. Photography will again dominate its pages from February on, but for the first issue of the year, Vogue Italia wanted to draw attention to the energy consumed by fashion production. (For their September 2019 edition they calculated: "150 people were involved. It took about 20 flights and a dozen train rides. 40 cars on standby. 60 international deliveries. Light that burned continuously for at least 10 hours, partly supplied by generators running on petrol. Food waste from catering services. Plastic to wrap the clothes. Electricity to recharge telephones and cameras" is the balance of the eight fashion productions.")

The money saved during the production will go to the Fondazione Querini Stampalia Museum in Venice, which was severely damaged by the flood a few months ago. The January issue of the magazine is already a collector's item. Also because of the various covers, drawn and painted by artists such as Vanessa Beecroft, David Salle, the Mozambican-American painter Cassi Namoda, the comic artist Milo Manara, the Japanese Yoshitaka Amano, an illustrator working in computer games, the Italian artist and photographer Paolo Ventura, or the New York portrait artist Delphine Desane, just to name a few.

This turn towards illustration rather than photography reminds me very much of the early to mid-1990s when in advertising too, there was a major renaissance of illustration, mostly led by Wallpaper magazine when still under Tyler Brulé's direction. Our own biennial, 200 Best Illustrators, first came out during that time and has been featuring illustrations for ad and editorial purposes ever since. I remember well how back then more and more ad agencies also started to ask illustrators to contribute to their campaigns for clients.  (At the bottom, you can see just a few of the many examples of illustrated ads from the pages of Lürzer's Archive over the years). The use of illustration has become a rather standard in advertising since then, if not necessarily out of ecological consciousness but economic ones (illustrators have always been sadly paid much less then their photographer colleagues).