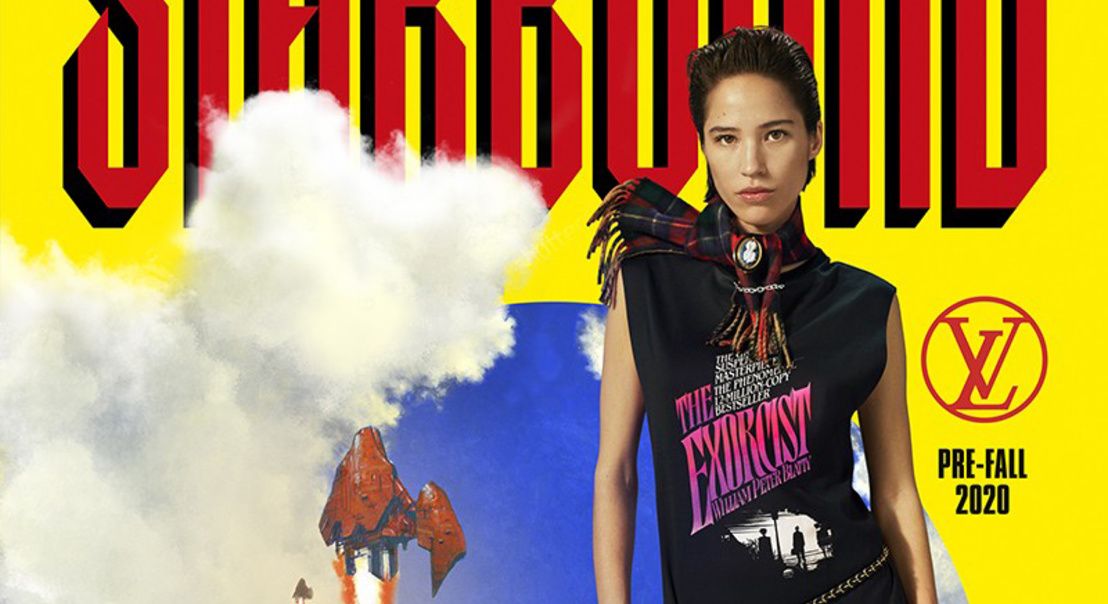 I was intrigued to find that the pre-fall 2020 lookbook for Louis Vuitton uses a gimmick – call it pastiche or just camp – that has been quite popular in ads for a long time. Usually, to my limited understanding, it is advertising that doggedly follows visual trends in fashion once they have moved from the avant-garde niche to become more mainstream. With the Louis Vuitton lookbook, it seems to work the other way around.

Fashion designer Nicolas Chesquière, the creative director of the house of Louis Vuitton, presents the label's Pre-Fall 2020 collection with a lookbook that features 23 international actors – among them Sophie Turner, Chloë Grace Moretz, Alicia Vikander, Emma Roberts, Woodkid, Jennifer Connelly, Jaden Smith, Robyn, and Samara Weaving – as the face of the campaign. The visual style is obviously inspired by horror and sci-fi pocketbook covers as well as trashy retro movie posters from the 1970s and 80s. This is something we have been seeing in ads for many years, ever since the advent of post-modern advertising more than four decades ago really (I have included some random examples from the pages of Archive magazine at the bottom). The "trashy" look of the endeavor is of course fully intended and an important part of its appeal.

According to Louis Vuitton, "the garments tell their own tales throughout the Pre-Fall 2020 lookbook, setting the scene for our days, moods, and lives. Here, we see sportswear’s encounter with tailoring, for example, in a dialogue between stylistic rebellion and fine craftsmanship." Not being a fashionista myself, I'm not entirely sure what this is supposed to mean, but it sounds like a concept.
The campaign was shot by a frequent collaborator, Collier Schorr, who is known for her blend of fantasy and realism.