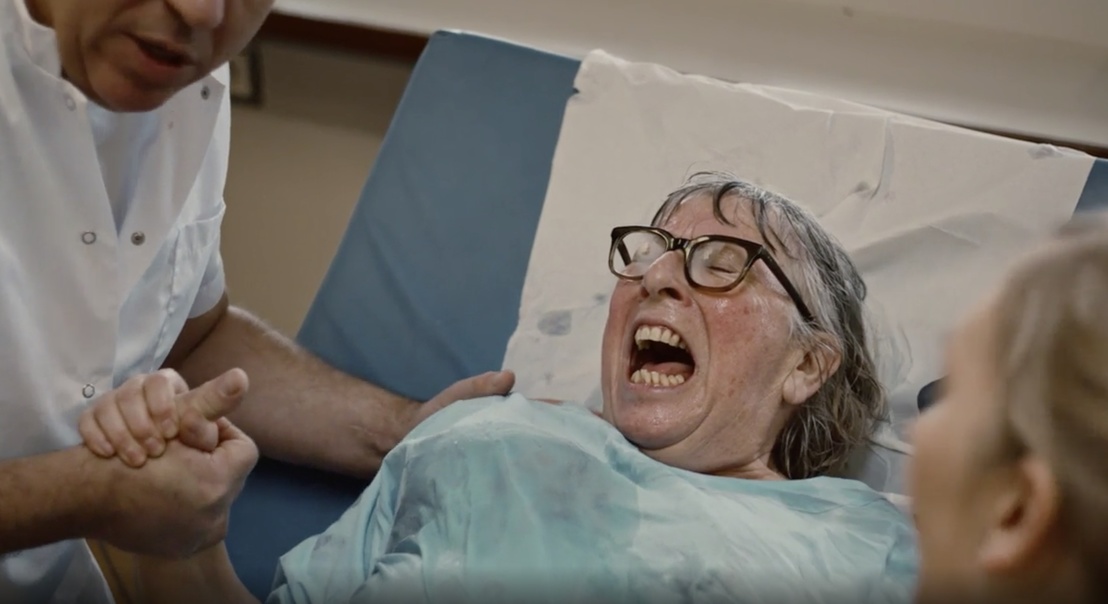 A recent commercial from Brussels-based agency Mortierbrigade for Equal Pay Day in Belgium caught our attention as it is funny, if slightly crass, in a way that we've come to expect from zany Brits – think "Little Britain" – rather than seemingly more placid Belgians.

But see for yourself:

We at Archive were amused and a bit bewildered when we saw what you did for this year's Equal Pay Day. We thought at first that this was made on spec.

It was not made on spec at all. Maybe we need to explain the product and the client first: Equal Pay Day became a strong ad brand in Belgium. Each year a provokative campaign is released, and part of it is always  a commercial. We directed several of these commercial either as Lionel Goldstein or individual. The fact that the agency and directors are able to push the boundaries that much is because of the client (Although the tiny budget might also be an explanation.) The client here supports the edgy, even bizarre humorous take we come up with every year because it does fit the urgency of the matter. Mainstream commercials, a measured approach would never raised as much awareness as we managed to – even if this tack may have haters as well as fans. In fact, it might be a good idea if someone made a special showcase, a case study of the Equal Pay Day work. Several of them have been awarded. Only last year it won us a Craft Bronze Lion for Direction at Cannes. This has no doubt to do with the client's audacity in wanting to go against the establishment. Such clients have became exceedingly rare. Production companies in every country we work in tell us the same: Making commercials like that is hardly ever possible today. It’s not so much about being provoking or shocking, it’s much more that clients are afraid of making a strong statement anymore. Everything needs to be politically correct nowadays, even too much so, and everyone seems to be afraid of crossing over into that territory.

Where has it been airing? On Belgian TV?

This year, it’s only been on the web. Still, we were asked to paint over the nipples on those fake breasts.

Tell us about the process of creating it. Who came up with the idea?

The way it should go, creatives come up with a basic idea and a triggering baseline and we go crazy with it. In this case Koen came up with the idea that if the woman waits till after retirement  before giving birth. As a logical result, the baby hwould have to wait 40 years to be delivered.

Were you nervous about of the public reaction?

Never, on the contrary we look forward to it and think these positive or negative reactions are very interesting. Last year we had a friend in the jury of a festival. Apparently some female jury members thought the Manly Men commercial was misogynistic. Which is kind of funny since we are fighting the battle for women. But then again, it’s the men who need to  be made aware of the inequality when it comes to pay.

Thanks for your time, guys!

Just so you know what they were talking about, this is last year's Equal Pay Day spot, featured in Archive Vol. 2-2019.

“Equal Pay Day 2019”# Real “manly” men are not scared of doing shitty jobs. And, boy, do we get a whole shitload (quite literally!) of them in this commercial for Equal Pay Day. And if men can do shitty jobs, then why can’t they do shitty everyday tasks around the home? In their new campaign, Equal Pay Day and the Mortierbrigade agency showcase men and their work in a super quirky manner designed to encourage the Equal Pay Day initiative – and to help close the gender pay gap. Ad Agency: Mortierbrigade, Brussels. Creative Directors: Joost Berends, Philippe De Ceuster, Jens Mortier. Art Director: Tanker. Director: Lionel Goldstein. Production Company: Czar.be.

The many faces of directing duo Lionel Goldstein (Koen Mortier and Joe Vanhoutteghem).