Running at Cannes Lions 2012, and created by Leo Burnett/Arc London’s Ben Gough, the humorous anti-theft covers were handed out to new subscribers to stop people taking their copy of 'the world's most stolen magazine.'

In addition, yesterday the campaign won a Creative Circle award in the Design category. Creative Circle is the oldest established awards body in Great Britain. A jury of creatives recognise great ideas, fresh thinking and craft. 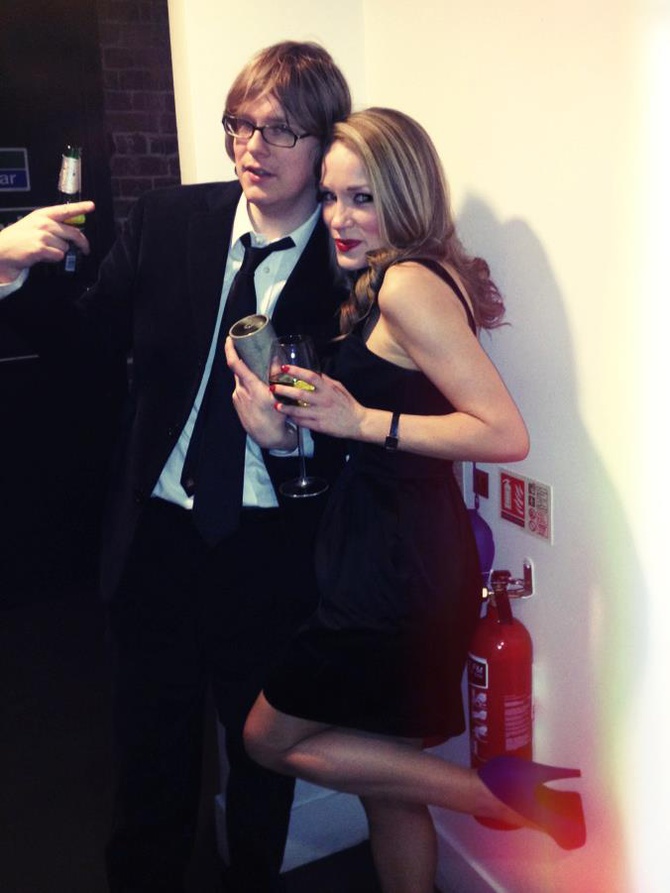 “We are proud that the campaign made such an impression on the jurors at three British awards. Lürzer’s Archive is arguably the most stolen magazine in ad agencies around the world and we are happy that Ben Gough [right, with photographer Fern Berresford] had the great idea to create Untouchable Covers”, says Christian Lürzer, CEO of Lürzer’s Archive.

The Best Awards jury commented: “It was a brilliantly written, fantastically shot, small budget, humorous and a very stand-out piece of work that really captured the market and achieved great results.

We all know that the advertising community is the most cynical of audiences, so it wasn’t just a brilliant piece of work but it also cut through to them.”

Read the editor's blog for more on what happened on the night at Creative Circle.

Read more about Ben Gough's thinking behind the original concept for Untouchable Covers.

Subscribe to Lürzer's Archive (just make sure no one steals your copy!)