ASOS AND PUMA PRESENT THE WORLD OF SÃO PAULO GRAFFITI

Director Ben Newman travelled to the artistically booming city of São Paulo, Brazil to capture the politically-driven world of Pixação graffiti. These young artists go to extreme lengths to give themselves a voice. 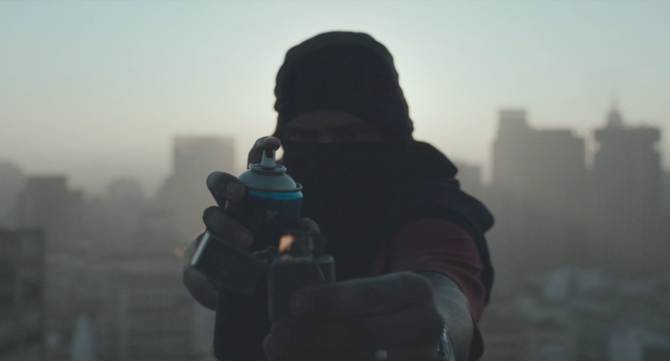 Clothing brands ASOS and Puma collaborate with Pulse Films and Stinkdigital to explore youth sub cultures around the globe as part of the Autumn/Winter 2012 launch for the ASOS Black X Puma shoe.

Charged with bravado and stunning visuals set in the Morro do Sabão Favela, the film, just shy of five-minutes-long, features a group of young men in a politically charged tagging crew, part of a movement dubbed “Pixação”.

Born the 1940s and 1950s, the history of the graffiti art movement was a retort to political party slogans brandished in cities. Tar-written responses appeared in locations where they couldn’t be ignored.

This form of activism diminished in the following years but was revived in the 80s; its purpose rooted in self-worth and social statements to highlight the disparate distribution of wealth between rich and poor.

“They say, ‘Why do you risk your life? For this?’” says a voice-over in the film. “The only way to push things forward is to risk something important.”

Now, many pixação artists compete to paint in high and inaccessible places, using such techniques as free climbing and abseiling to reach the locations. It is arguable as to whether the movements’ activist roots remain today but the film, dubbed “Os Pixadores”, gives a fascinating snapshot nonetheless.

The short comes from award-winning director Ben Newman and if you’re a fan of Fernando Meirelles’ City of God, then you’ll probably like this. Newman spent time researching in São Paulo’s favelas and meeting with the artists. Creative blog, Dexigner, reports that the production team had to be rushed out on several occasions as shootings, killings and violent disputes are regular occurrences in the city’s shanty towns.

And this film is not short of the guerrilla elements with lots of running and some death defying heights. They dangle off skyscrapers and hang onto moving trains to scrawl their messages around town. Teasers for the film were released in September, one of which showed the collective in São Paulo scaling a building before running from the police.