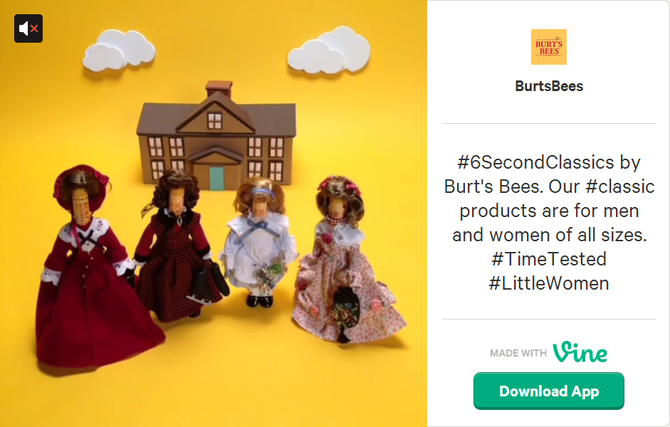 The natural skin care brand secured lead acting roles for their range of lip balms and hand creams, including one balm stick dressed up as Meg from Little Women, while another wore a scarlet letter and channelled its inner Hester Prynne.

Vine animator Jethro Ames explains that work that goes into the six-second clips should not be underestimated.

“With the in-camera, stop-motion shooting for each six-second spot taking about four hours – after which it must go live (or be discarded). No post work is possible.”

Burt’s Bees is also on Instagram where brand founder, Burt Shavitz, has been uploading pictures about his backwoods activities in Maine. 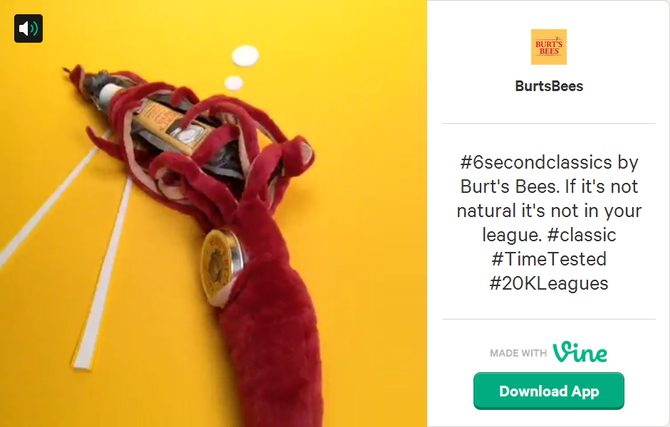 You might also like: Isabella Rossellini collaborates with Burt’s Bees to create a series of charming short films.