For the first time ever, we are able to go behind the scenes of D&AD’s hallowed judging process of awarding arguably the most prestigious prize in design and advertising.

The 66 Yellow Pencils awarded in 2012 have been considered for Black by a panel that included Sir John Hegarty, David Droga, Mark Tutssel, Angus Highland, Mary Lewis and Bob Greenberg.

“It is the ultimate accolade,” says D&AD President, Rosie Arnold in the film. “There are so few given out that if you’ve won a Black Pencil, it really puts you in a club all on your own.”

“It has to be the most ground breaking, revolutionary work, executed perfectly; seamlessly.”

RSA Films was commissioned to produce the behind the scenes footage to celebrate D&AD's milestone 50th birthday. The film includes interviews with D&AD chief executive Tim Lindsay and also shows creative, advertising and design work from the archives that will take some of you down memory lane. 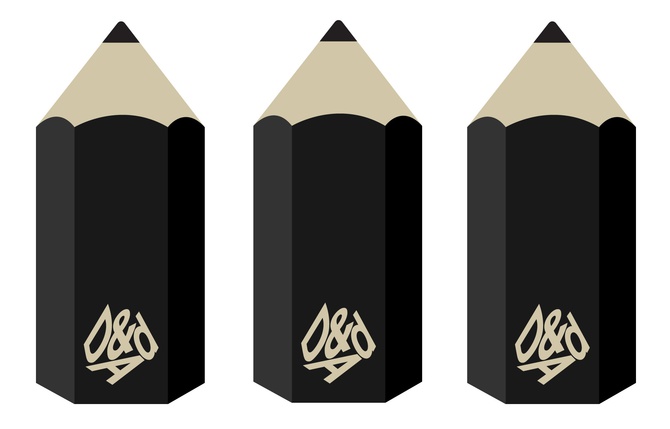 The film is unprecedented, as most award shows remain circumspect about how they award their prizes. The not-for-profit organisation is known for the rigour of its judging and the subsequent rarity of its awards.

In one scene, we even see some jury members having to leave the judging process for certain works if their agency or studio is in any way involved.

The amount of Yellow Pencils issued every year fluctuates: if the work isn't strong enough, it doesn't win. Black Pencils are given out even more sparingly than Yellows and in some years there are none. The quality of debate at D&AD judging is renowned – and for the first time, this film reveals why as we are able to see passionate discussions from top industry creatives

Former D&AD President, Sir John Hegarty, had this to say about the value of the Black Pencil:

“Is the pencil dead? In today's digital world some would argue so. There is one pencil of course that isn’t. It’s big, black and stubby. It doesn’t write, it’s hard to hold and can’t fit in your top pocket.

It’s the most sought after pencil in the world. Sharper than anything else you’ve written with. Displayed on shelves, desks and in cabinets. Photographed, worshipped, fought over and lusted after. It’s the D&AD Black Pencil.

Black has become the most coveted colour there is. It conjures envy and admiration. You can rent a black tie, you can purchase a little black dress but you have to earn a Black Pencil. Its currency is inspiration, daring, persistence and audacity. It’s rarity renowned. Awarded rarely, and only to those who’ve captured our imagination and changed the way we think.

So is the pencil dead? Certainly not this one.”

The Black Pencils will be revealed at D&AD's 50th Birthday Celebration on the 18th September 2012.